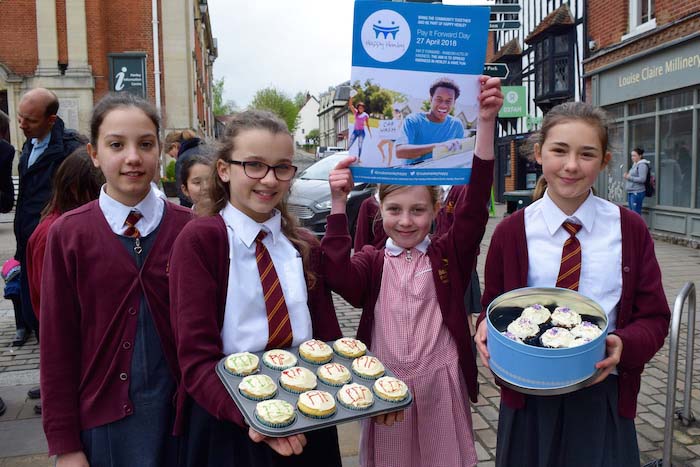 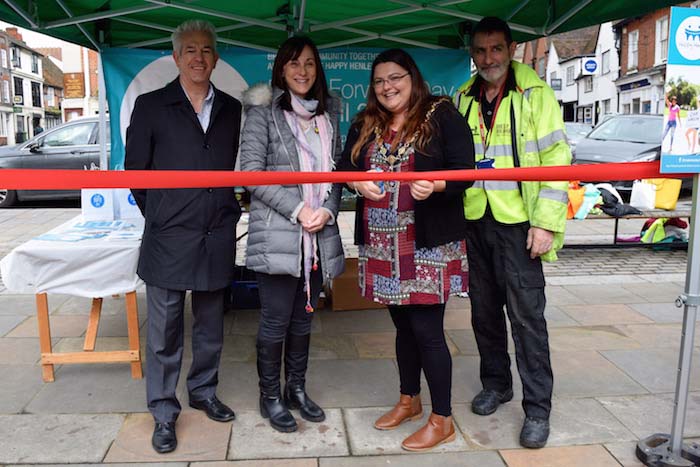 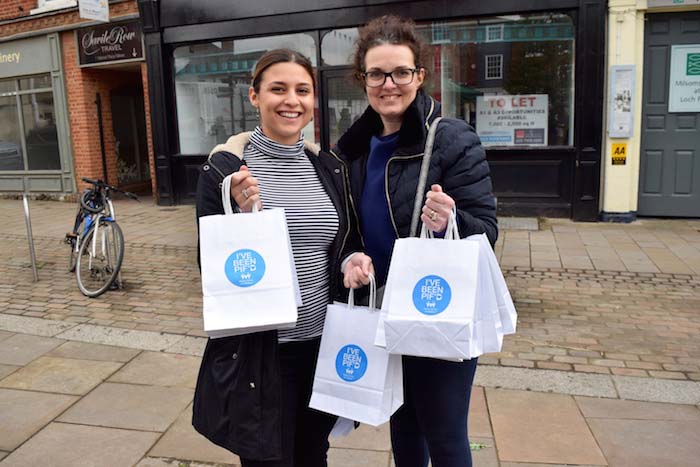 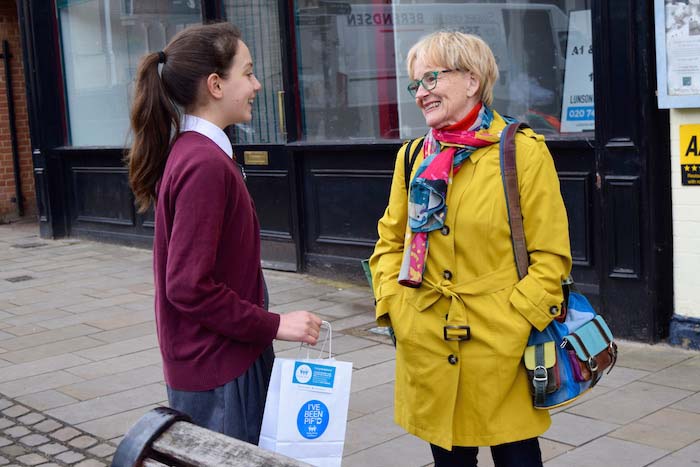 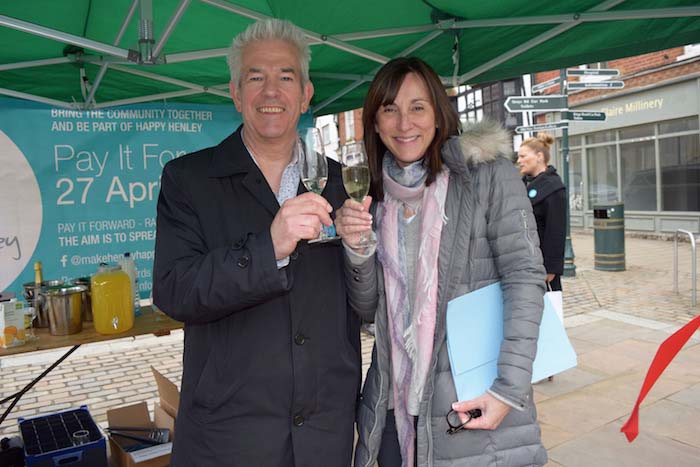 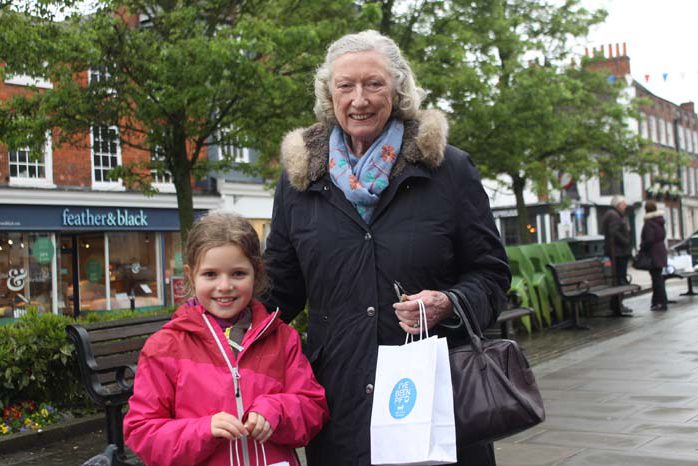 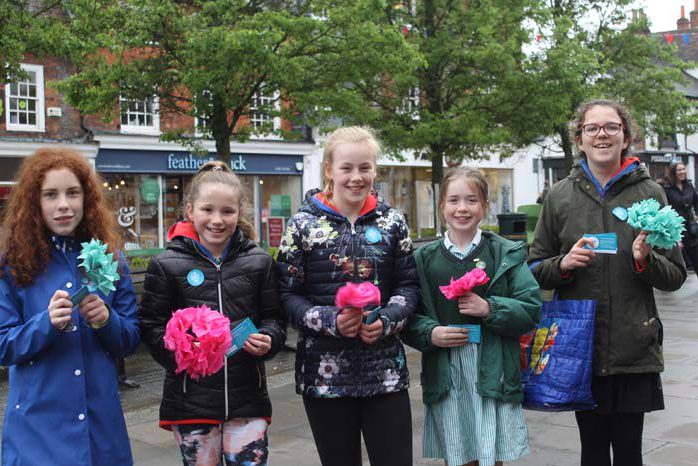 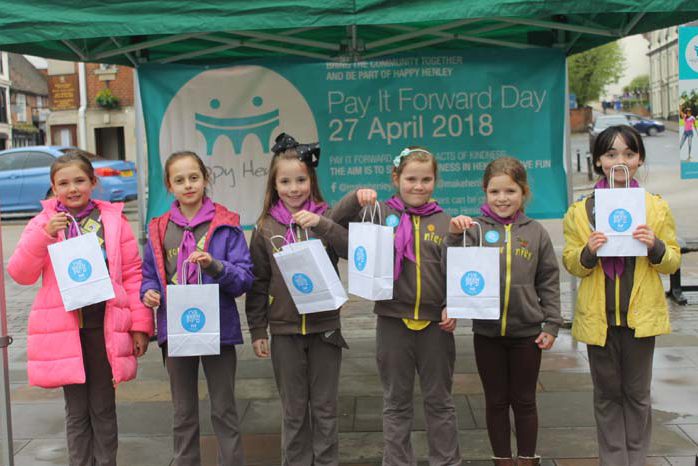 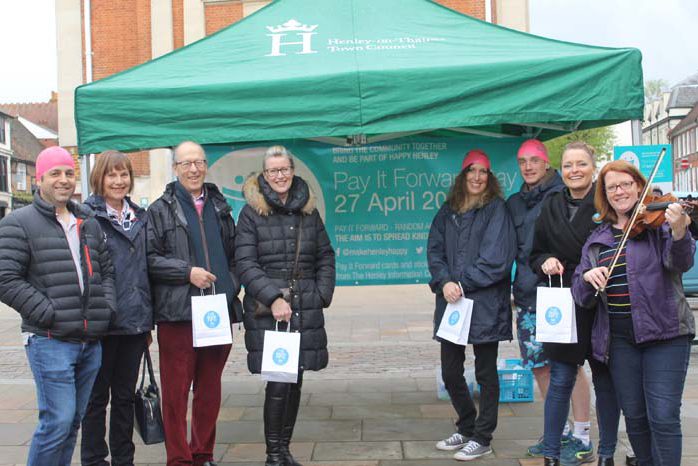 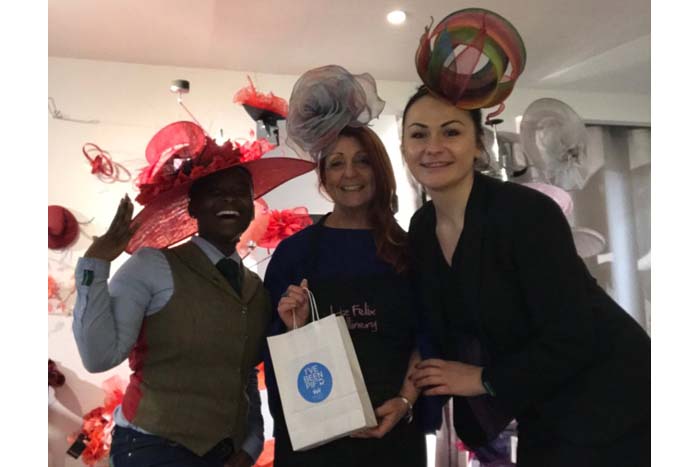 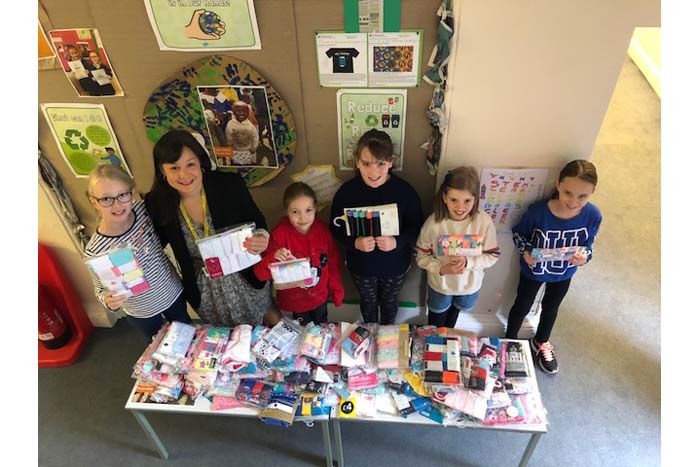 There were plenty of smiles on people’s faces in Henley after they were recipients of random acts of kindness on Pay It Forward (PIF) day as part of the Happy Henley campaign on Friday.

The day was launched by Happy Henley co-founders Suzanne Morley and Geoff Hocking with the Mayor, Councillor Kellie Hinton cutting a ribbon.  Suzanne said, “With the support of Helen Barnett, Henley Town Manager, Town Councillors, Ambassadors and PIF supporters we are here today to celebrate global Pay It Forward day in support of our shared value of kindness.  Acts of kindness are performed by all of us, in some way or another every day but today we can mindfully choose to do something kind that adds value to another individual that we wouldn’t otherwise choose to do as we rush about in our daily lives.”

Each recipient was giving a PIF card which explained the day and invited them to pass on the baton to do another act of kindness to someone else, tick the box on the card and pass it on.

During the day on Friday, many of the shops, cafes, hotels and businesses in town offered something special including Cook, Gorvett & Stone (gave out free truffles and a hot drink to first five customers), Frost Borneo (free glasses service and clean) and Hotel du Vin (gave out sweet treats).  Henley Festival were in Market Place giving out free general admission tickets to some very lucky people and Niki Schafer was providing some free home design consultations.

Badgemore and Rupert House Schools got involved too.  Badgemore School gave out cupcakes in Market Place and at Rupert House they wore home clothes in exchange for pupils bringing in donations of children’s underwear in aid of the charity Smalls for All. They collected around 800 pairs of pants for children in Africa. The children at Rupert House also did random acts of kindness during the day using the PIF cards which included holding doors and running errands for teachers, allowing a friend to join you in the queue and keeping a younger child company in the playground.

Brakspear pubs put smiles on their customers’ faces.   The Angel on the Bridge gave away a bag of duck food with every pint of Brakspear, the Bull on Bell Street gave away a free slice of their legendary sausage roll away with a pint too and the Saracen’s Head hosted a lunch for the residents of Hanover House on Greys Hill.

Later in day, 1st Henley Guides and Brownies were out in Market Place.  The Brownies gave out cupcakes that they had made in bags and the Guides had made paper flowers to give out to passers-by.  Brownie Leader, Michaela Clarke said, “Part of the Brownie Law is to do a good turn every day so this day was just perfect for us.  It was so lovely to see the Brownies get their confidence to approach different people and to see the smiles on both their faces and the recipients.”

Unfortunately due to the wet and cold weather Henley Music School’s Youthful orchestra didn’t get to play as planned in the early evening because of the effect it would have on their instruments.  They did though have fun joining members of the Henley Open Water Swimming Club giving out free swimming hats.

Paula Isaac, Chair of Gainsborough Association, completed her random acts of kindness to her neighbours on Saturday by leaving gifts on doorsteps around the estate which included flowers, boxes of chocolates and a bottle of wine.

Suzanne said afterwards, “There were so many acts of kindness through deeds, actions, words, smiles and conversations. I experienced so many different responses and emotions but each one of those led to a momentary connection with someone in our community which will have made them and us feel good in some way.”