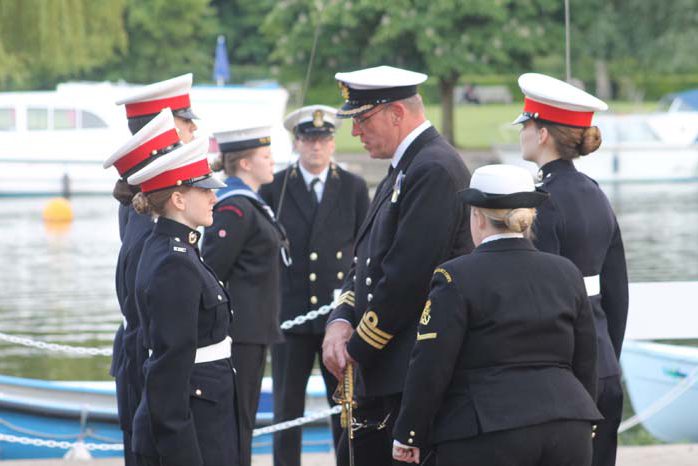 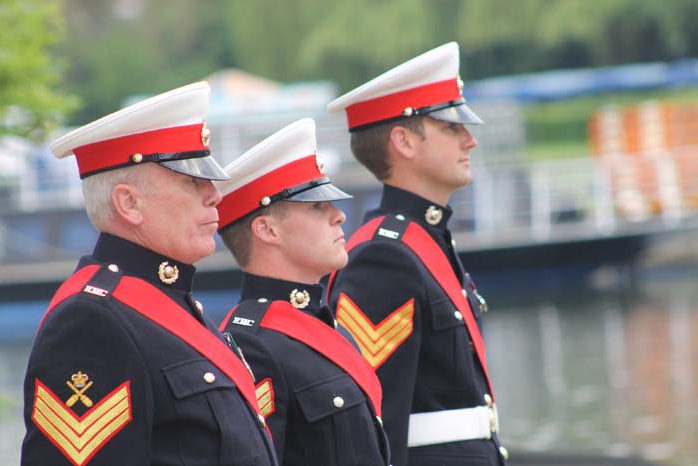 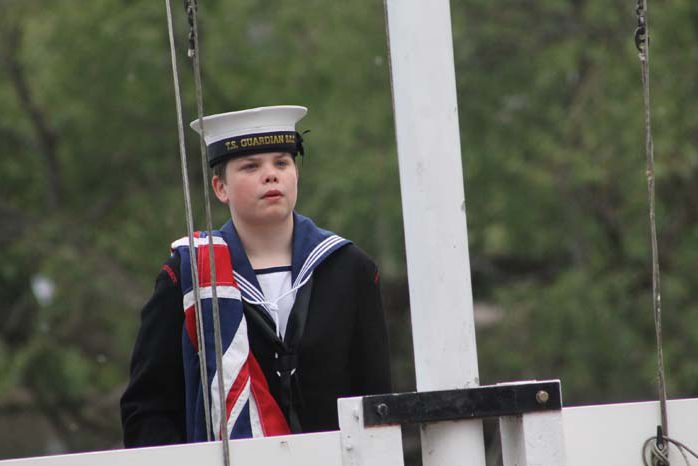 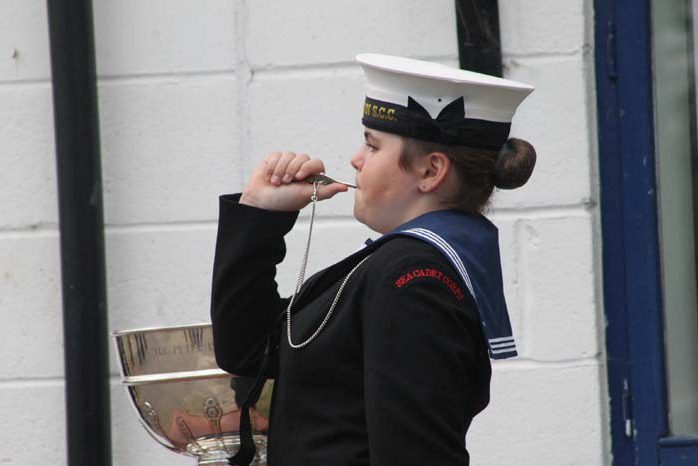 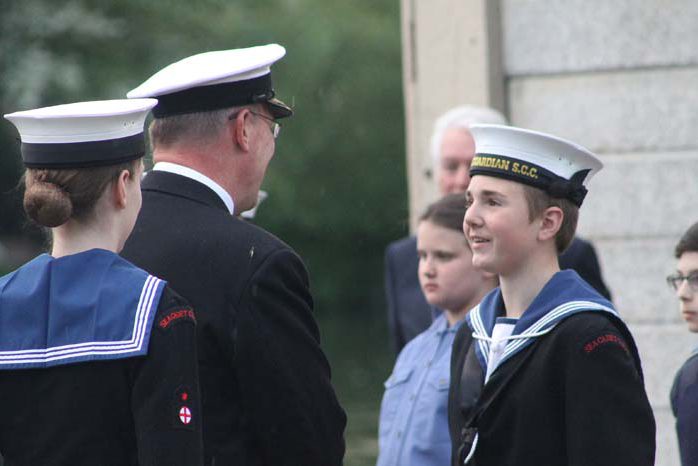 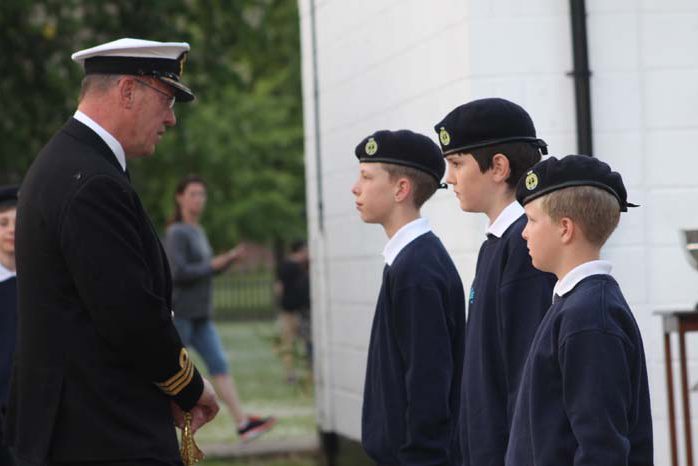 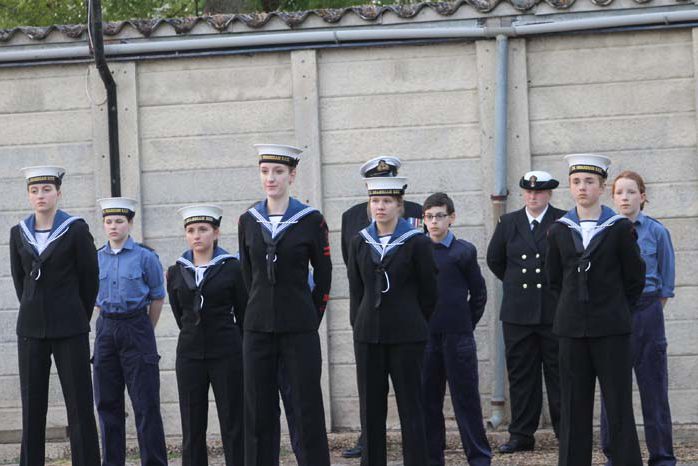 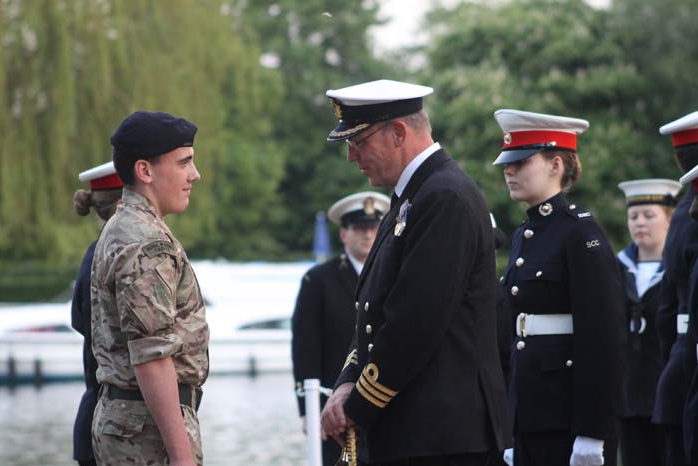 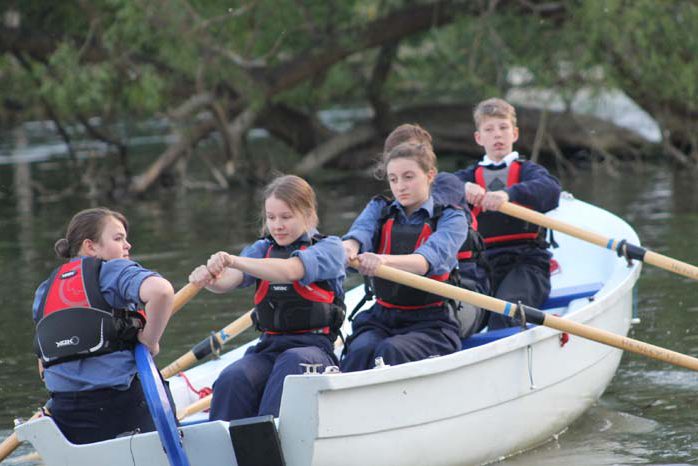 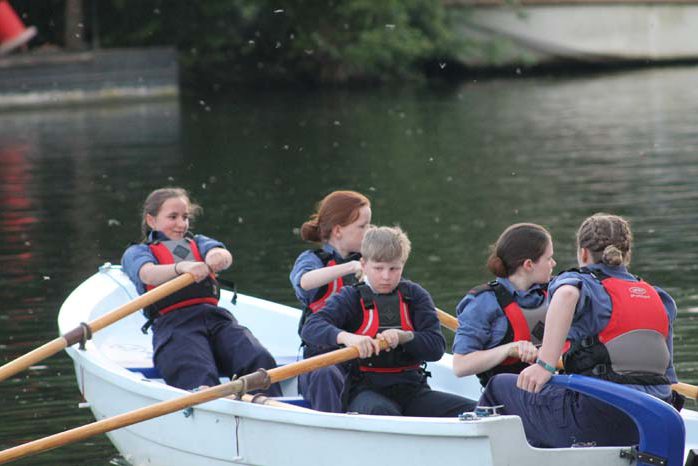 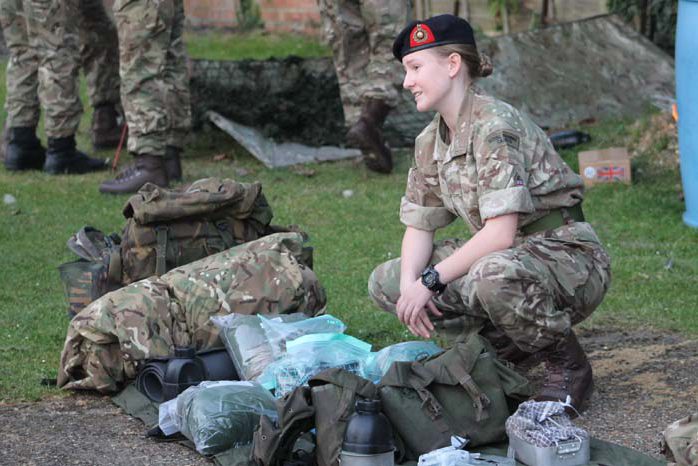 Henley Sea Cadets held their bi-annual Royal Naval Parade at their headquarters TS Guardian at the Eyot Boat Centre on Monday evening when they were inspected again by Inspecting Officer Commander Trevor Price who carried out the last inspection in 2016.

Cadet families, the management team and special guests including the new Mayor, Glen Lambert were invited to attend.

Both the Sea Cadets and Royal Marine Cadets were inspected in their formal uniform before carrying out a series of evolutions (exercises) which included a man over board rescue on the river a kit inspection, fire lighting and building a shelter.

Commander Price spoke individually to each of the cadets asking them how they long they had been a cadet, why they had joined and what they enjoyed doing most.

The cadets meet every Monday and Friday evening, spending as much of the summer months as possible rowing and power boating on the River Thames as well as land based training such as seamanship, ceremonial drill, piping, first aid, cookery and swimming during the winter months.

After the inspection Commander Price said, “It’s always a pleasure to come here. You have a beautiful setting and I realise how lucky you are.  What you’ve seen tonight is what the cadets get up to and they’ve done really well and I’m very proud.  If it wasn’t for the energy, effort and time though of the instructors, who are all volunteers, none of this would happen.”

He encouraged the cadets to go on more courses and apply for promotions and concluded by saying, “This year this unit has delivered a safe and exciting youth development programme to the community.  I have no hesitation in going back to my captain in London to recommend that she gives the highest award the Burgee.  I’d like to congratulate the staff and cadets of TS Guardian.”

For more information about Henley Sea Cadets go to https://www.sea-cadets.org/henley  The unit is also currently looking for adult volunteers to help.  You don’t need to have a navy or military background just have lots of energy and happy to roll up your sleeves.  Get in touch via the website.