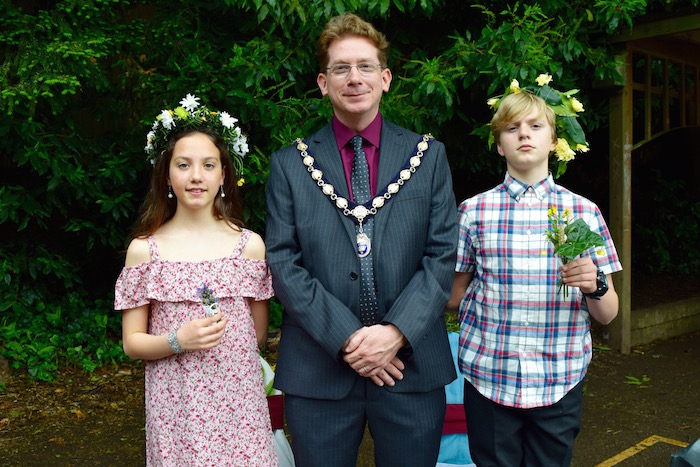 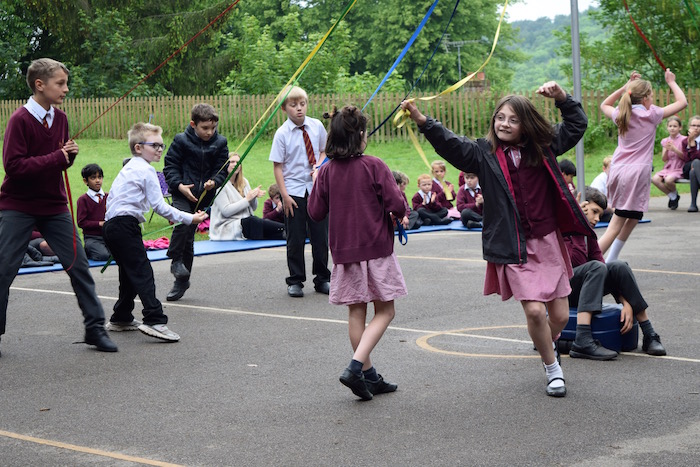 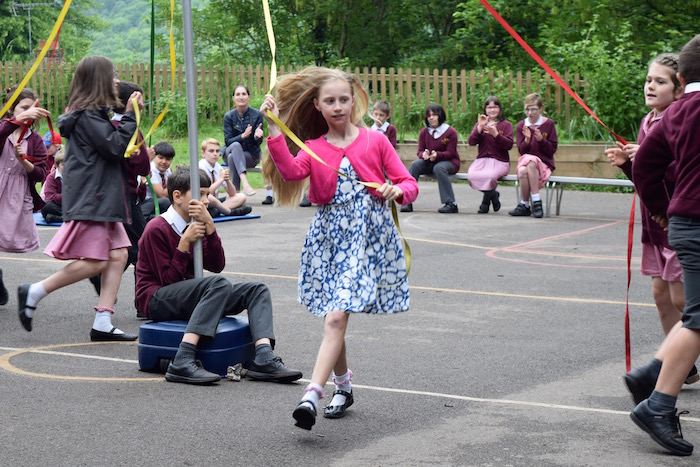 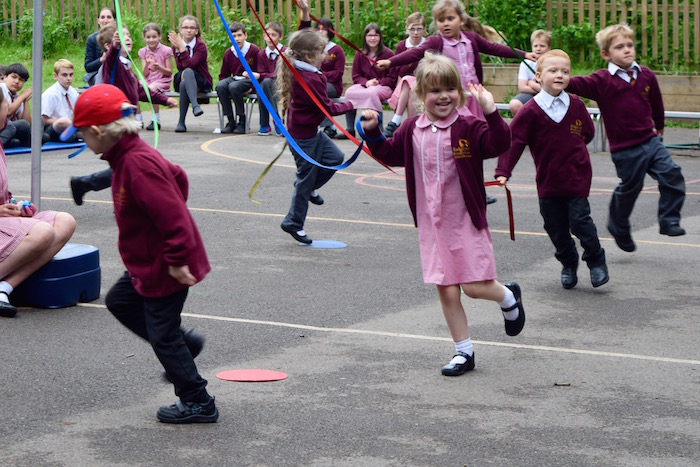 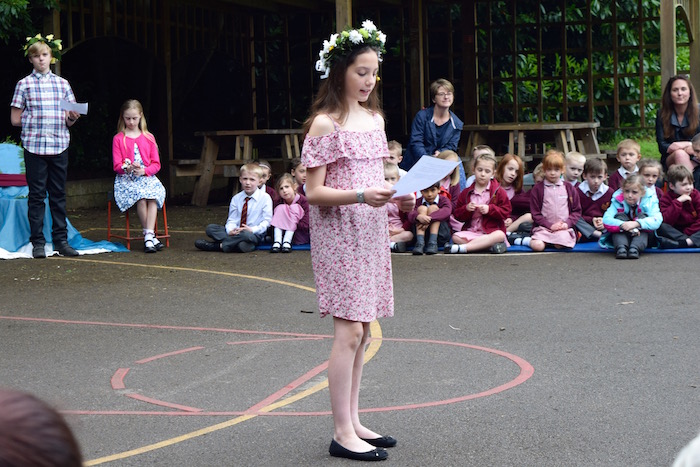 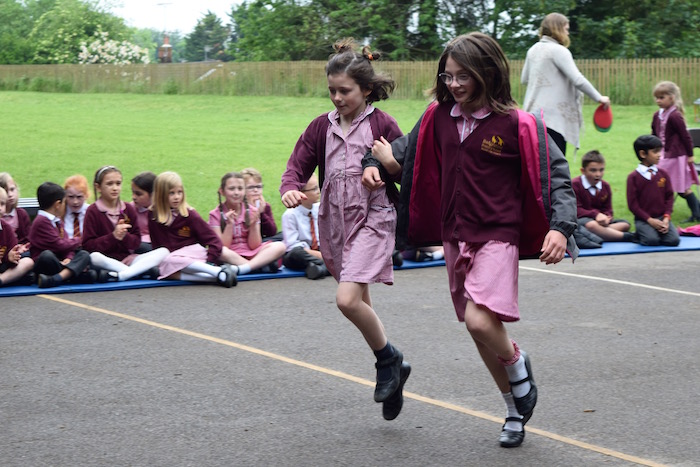 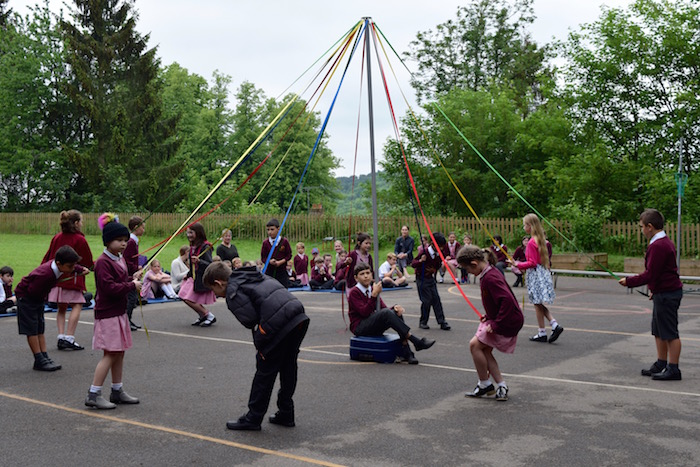 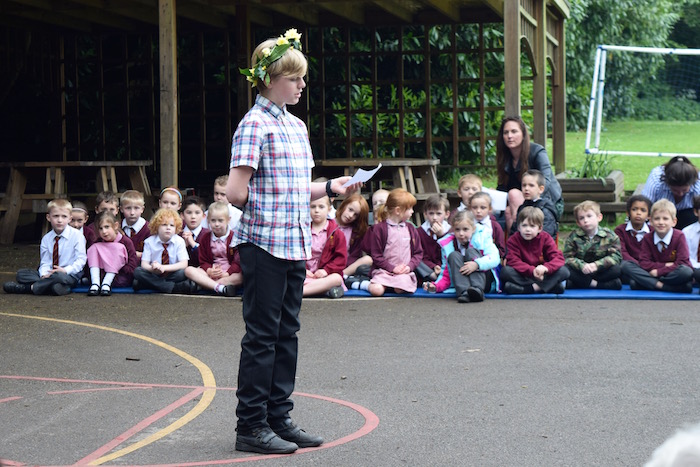 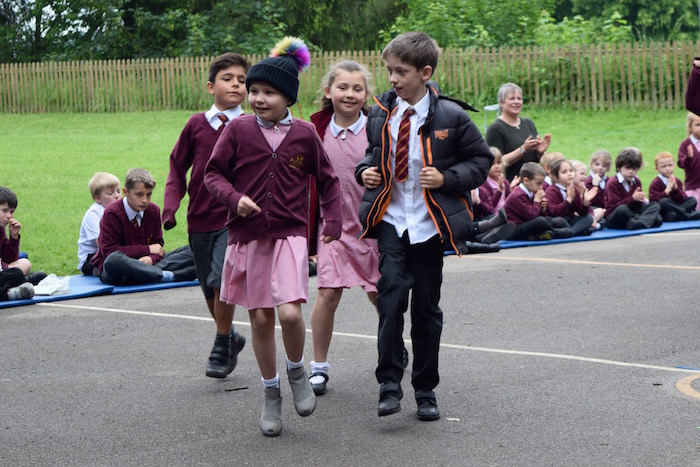 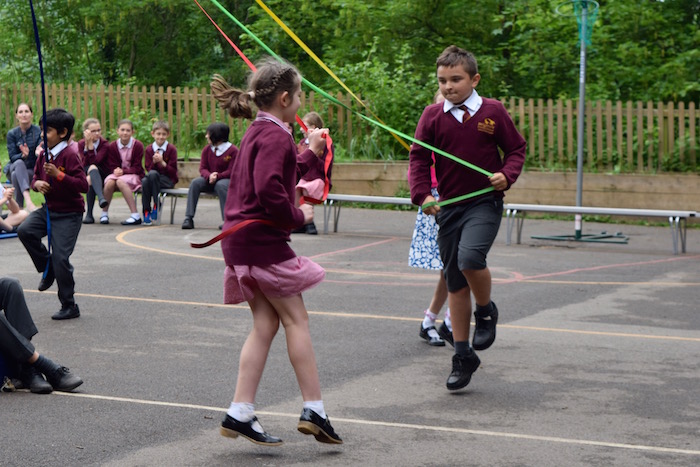 The Badgemore Primary School students danced their way into half term at their annual May Day celebrations. The delightful tradition, which took place last Friday, saw the crowning of the May King and Queen followed by a display of wonderful dances around the maypole.

Henley’s Mayor, Glen Lambert, began the proceedings by crowning the King, Riley Boom, and Queen, Ines Requeiro Rial. Riley and Ines were both elected by their peers, having nominated themselves before the vote. Addressing the audience of children and parents, Queen Ines said, “Originally, instead of dancing with ribbons and a pole, they used to dance around a living tree on the first day of May. At Badgemore, we have been celebrating this for many years. The reason why I wanted to be May Queen is because I love coming to Badgemore, and this is something I’ve always wanted to do in year 6, as this is one of my last chances to represent the school.”

King Riley also made a speech to get the festivities underway. “The reason I chose to be May King is because this is my last year at Badgemore and I decided to have as much fun as I can,” he revealed. “Also, I chose because the previous May King said it was very enjoyable and a good opportunity. So without further ado, sit back and enjoy the maypole!”

Children from each year group then skipped to the maypole, accompanied by a tambourine. The dances varied in difficulty, but were executed almost perfectly after only two weeks of rehearsal (for some, during SATS testing). After their performance, the pupils who’d achieved 100% attendance this term were invited to collect some chocolate — which turned out to be over half the school!

Mayor Glen Lambert thoroughly enjoyed the afternoon. “I can’t think of a better way to end the week,” he commented. “Clearly it’s a great school where the kids are very happy to be.” This was the first Badgemore May Day experience for their Headteacher, Mrs Arnold. She reflected, “It’s amazing, I’ve not done a May Day here and it’s just unique, to see the children dance so beautifully.” Full of praise for the students, she said, “They were absolutely gorgeous. They’re very nice children, and I’m very proud of them.”