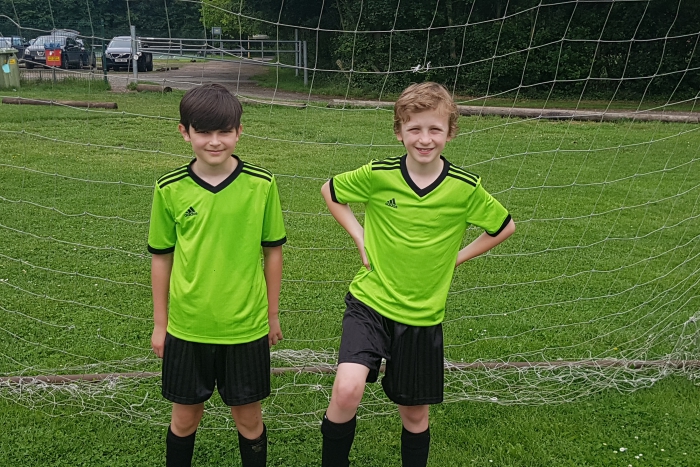 The U11 AFC Henley Hurricanes put in a commanding performance as they beat local rivals Rotherfield United FC 6-2 away from home in an end of season friendly.

50 miles away in Epsom there was a Derby of a very different kind taking place but in South Oxfordshire it was the Hurricanes who gave a thoroughbred performance.

The visitors were quickly under starters orders as the galloped into an early lead. The midfield duo of Joe Turner and Tom Yeoman were working perfectly together like a well oiled machine and it was Turner who sent Yeoman away through the middle of the home defence. Yeoman beat a couple of defenders before slamming the ball home as he put the Hurricanes 1-0 up.

More good work was to follow as striker Sam Winters forced the home defence into a costly lapse as they put through their own net to make it 2-0.

The goal of the game was delivered next by new Summer signing Sam Robinson. Man of the match Robinson flew down the left wing on a solo run before slotting the ball past the keeper as he proved what a shrewd piece of transfer business this was.

Captain Luca Thomson gave a Group 1 class display in defence as he snuffed out any danger that came through and was backed up brilliantly by keeper Ben Palmer whose shot stopping and ability to deal with corners was second to none.

Finnbar Scott was also a constant menace up top and his dangerous cross was thumped into their own net by the home defence as the Hurricanes went in at half time 4-0 up.

The Hurricanes conceded early in the second half but Winters quickly ensured their 4 goal advantage was maintained as he finished clinically from a well flighted through ball from Olly Saunders.

Tom Bonser in the visitors defence was having the game of his life as he marshalled Rotherfield’s danger man out of the game with his tenacious tackling and speed of recovery.

Rotherfield added another to make it 5-2 but the Hurricanes, sporting their new green West Germany-esque 1990s away kit, responded again as they had the last laugh. It was Tom Atkinson, in his role reminiscent of the great Andres Möller, who threaded the ball through for Winters as he finished clinically to make it 6-2 to the visitors.

Managers Turner and Atkinson was said to be delighted by the performance of all the boys and were particularly pleased that their new transfer policy was paying dividends so quickly.