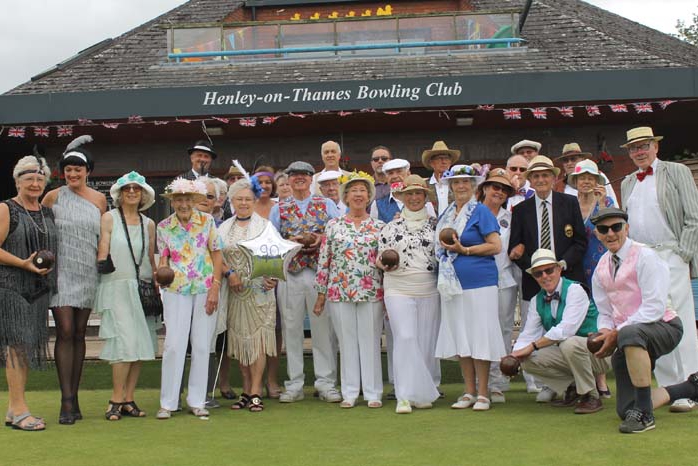 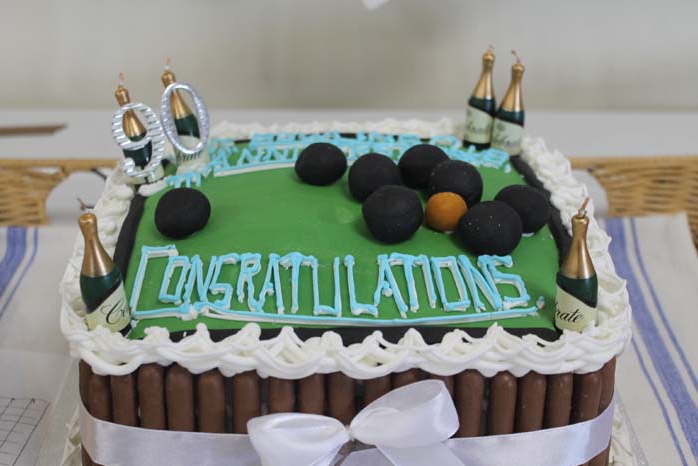 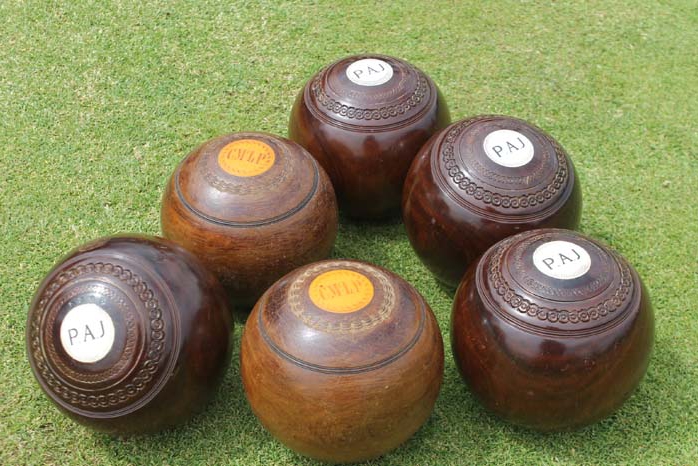 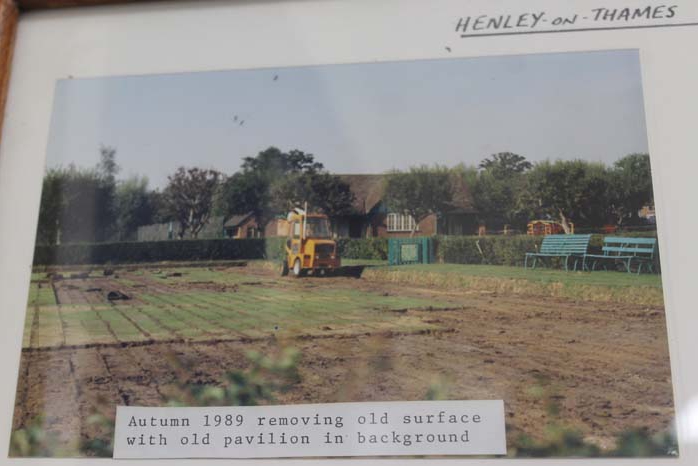 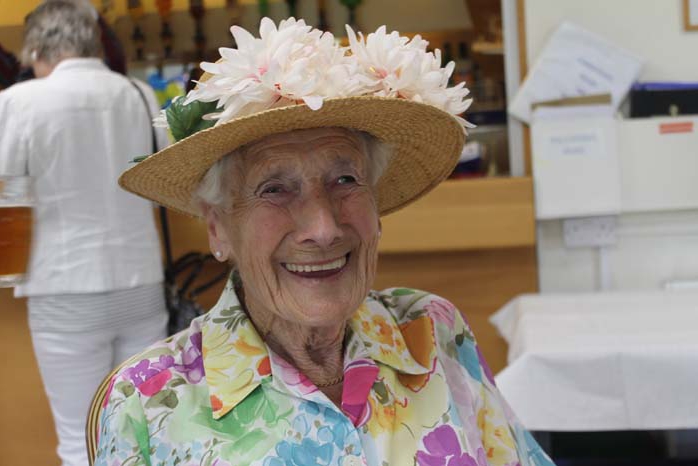 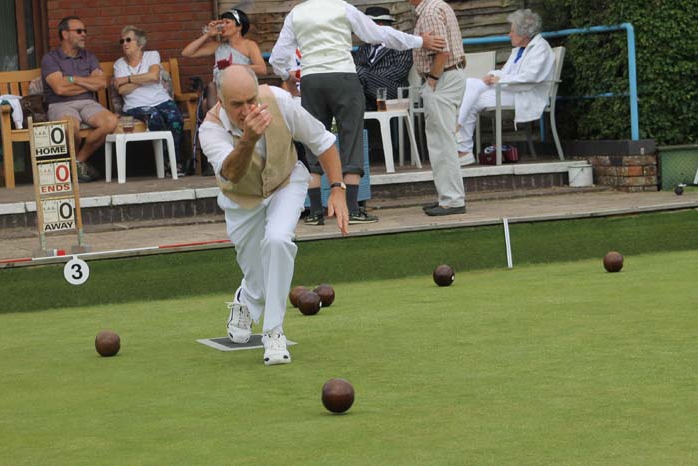 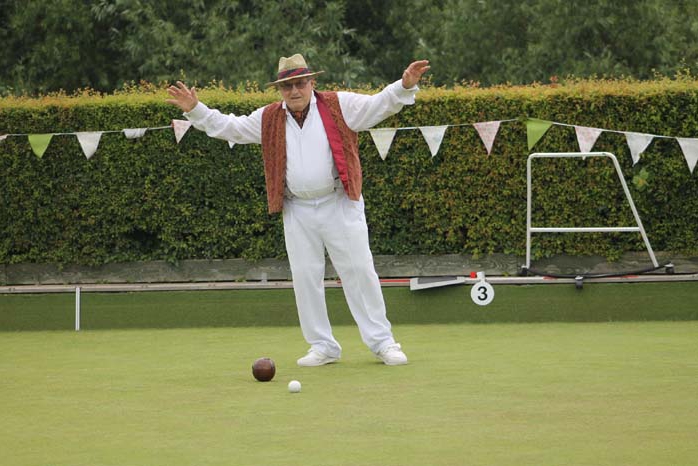 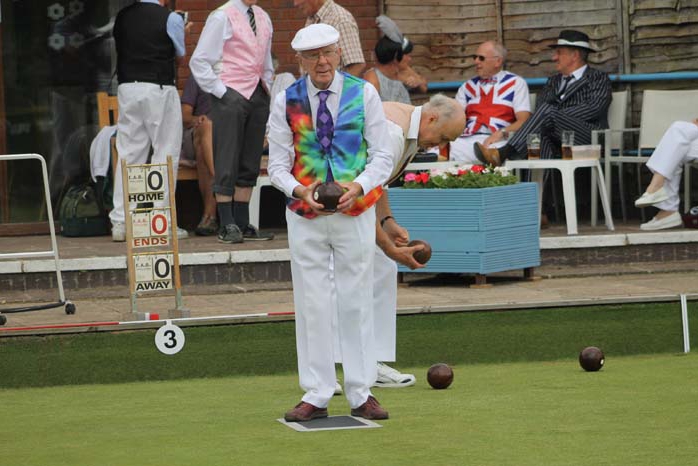 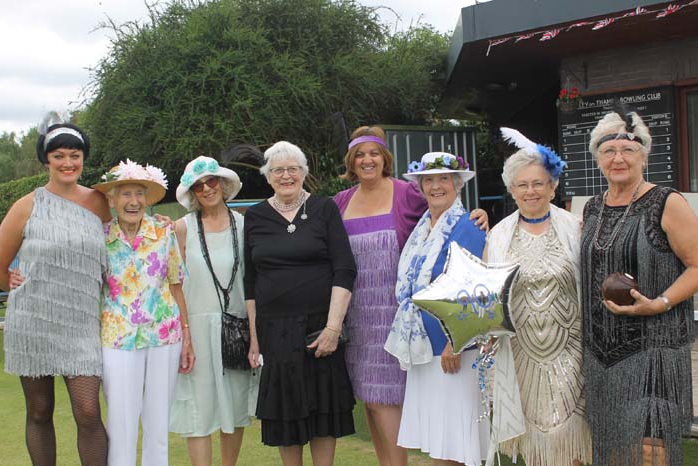 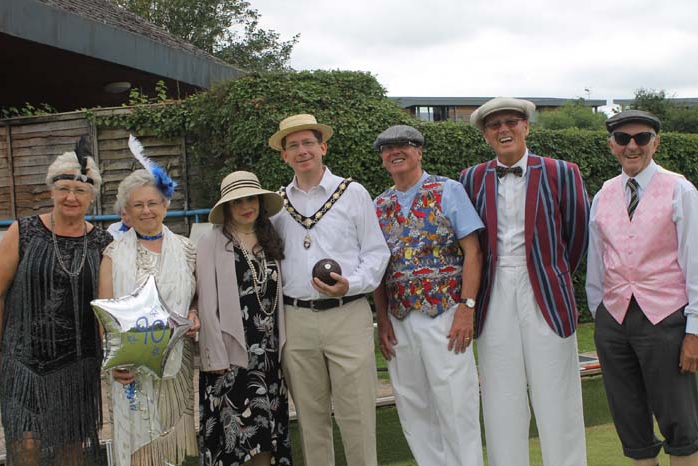 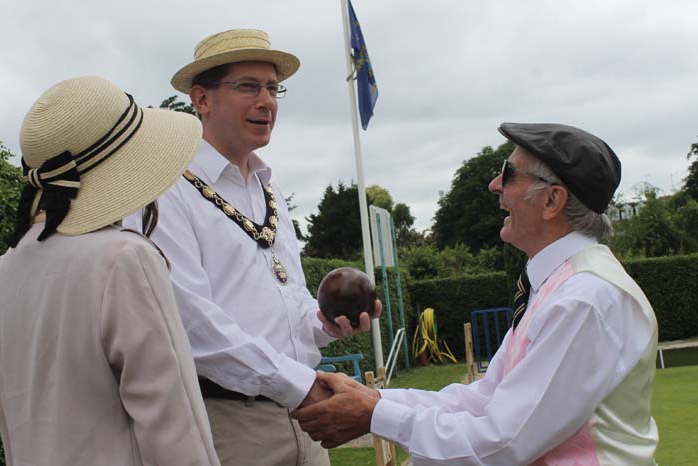 Back in 1928, Henley Bowling Club operated out of small hut on Mill Meadows where the children’s playground now is and members used to have carry their bowling balls and equipment across to the green.

Celebrating their 90th anniversary on Saturday, members dressed up in clothes from that era and members Peter Borsberry and Norman Daniels brought original wooden bowls from that era for members to play with.  Peter said, “I got these at an auction house about 10 years ago.  I think they’re slightly wider and heavier than today’s bowls.  After having a go, Peter commented, “I think I play better with these old ones!”

Dilys Smith, the club’s oldest member at 92, joined the club in 1986 after retiring from her job at Townlands.  She was Ladies Captain 1992-1993 and although she no longer plays, she told us, “I remember the new clubhouse being built and opened in 1989 where it is today.  I used to love playing because of the camaraderie and competitions – it was nice to both win and loose.  This days I still love to come down watch and I love the company.”

Henley Bowling Club Chair Sally Daniels said, “The day was a GREAT success, everyone made a big effort to dress in the period and the weather was kind to us. Henley Mayor Glen and his wife Anna, Deputy Mayor Ken and his wife Dorothy Arlett, Councillors Kellie Hinton and her daughter Hallie, Julian Brookes, Donna Crook, Dave Eggleton, Lorraine Hillier, Stefan Gawrysiak popped in for a while too.  Everyone was in high spirits on the green, followed by a large buffet afterwards and lots of laughter. The celebration cake was made by Brian Duddy, one of our Members so amongst the bunting balloons, wine and food we all had a fabulous time.”

The Bowling Club’s next big event is their Gala Day on 24 June from 10.00am.  Everyone is welcome.