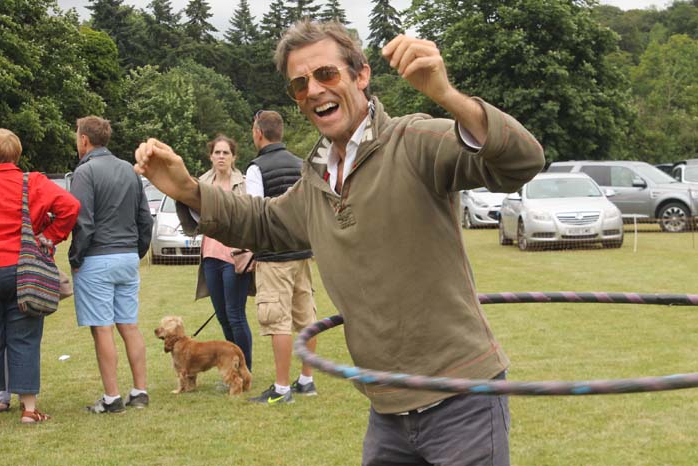 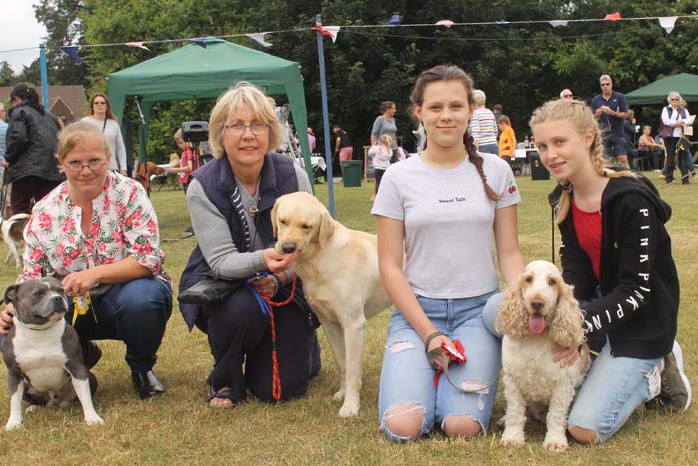 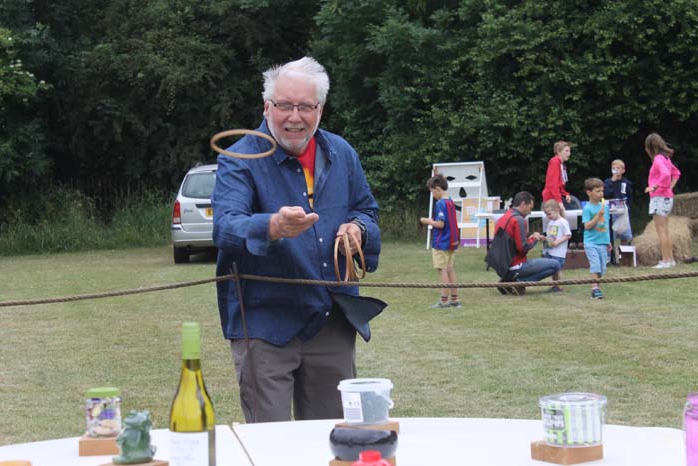 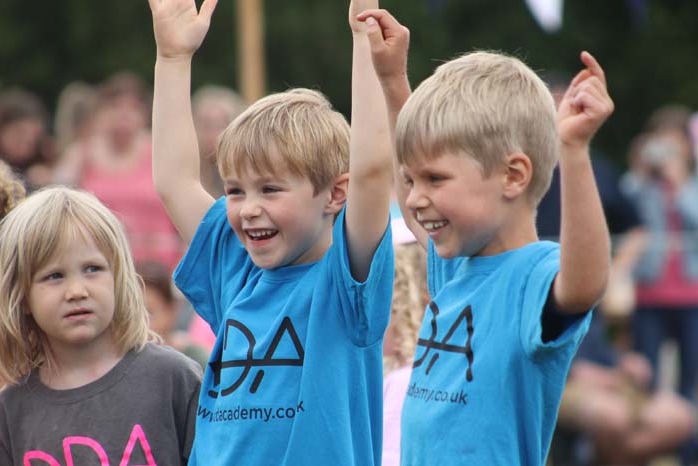 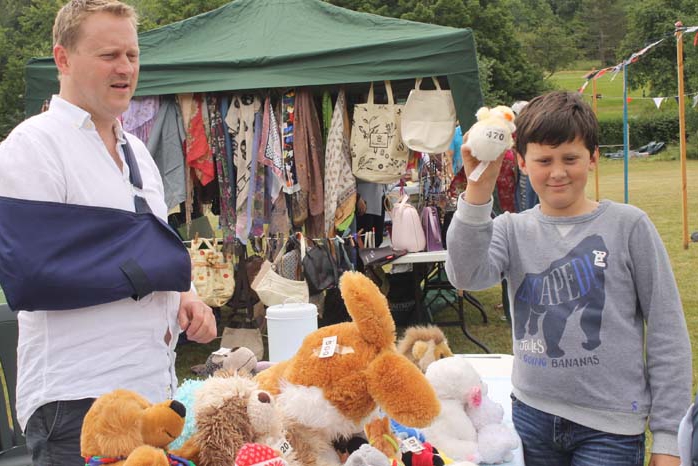 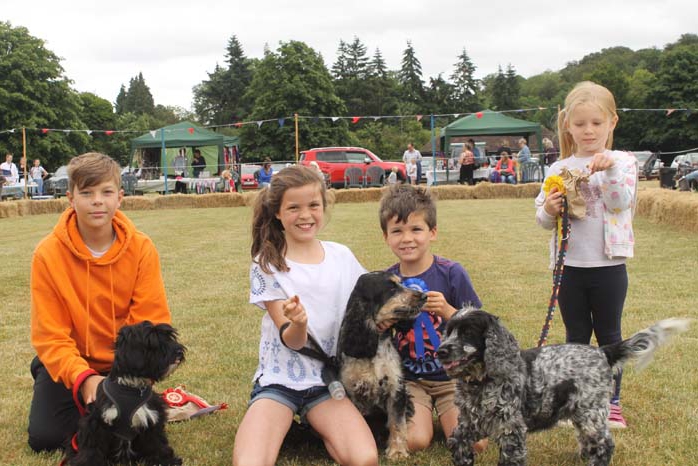 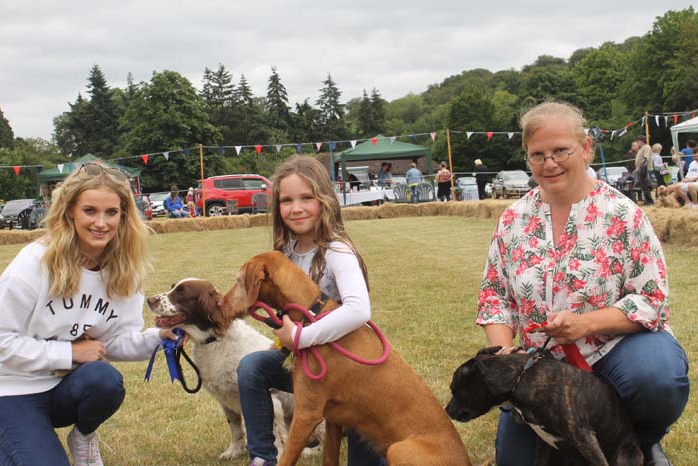 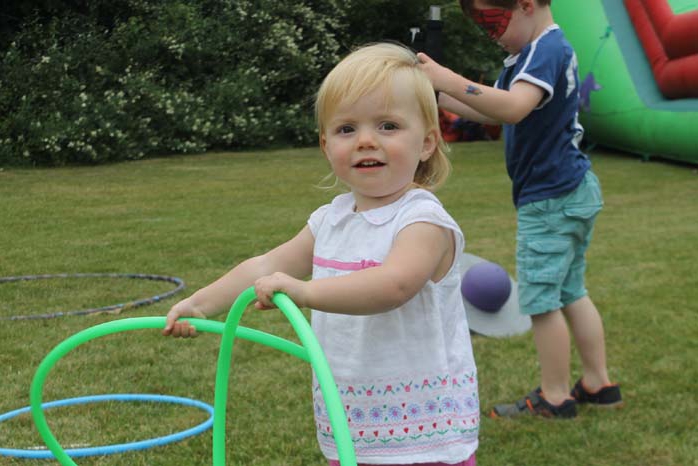 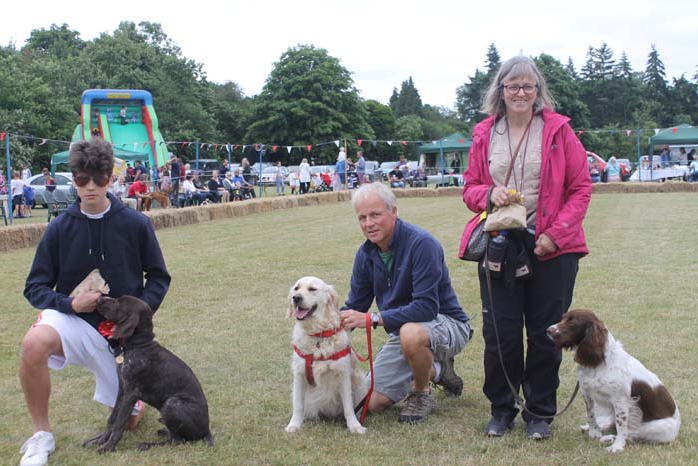 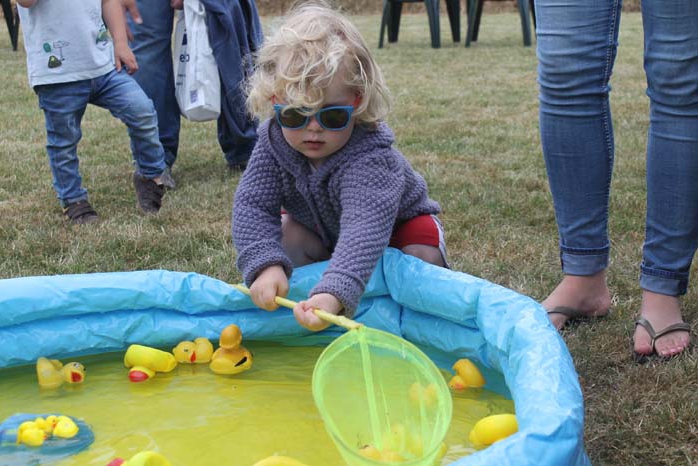 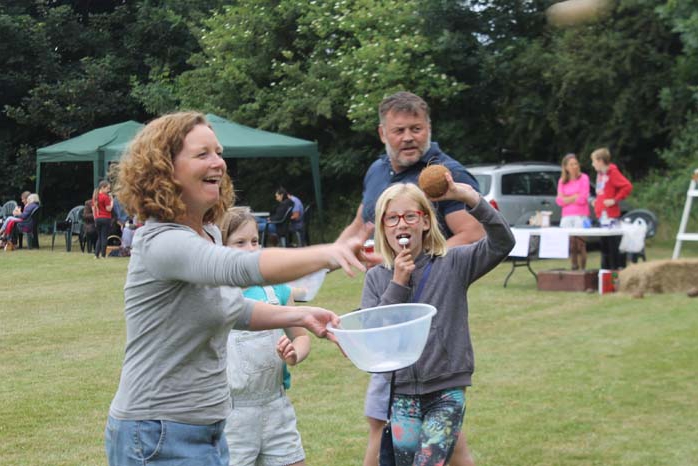 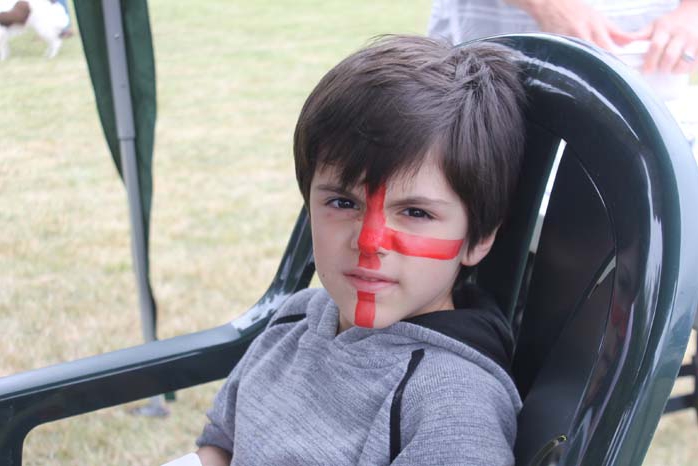 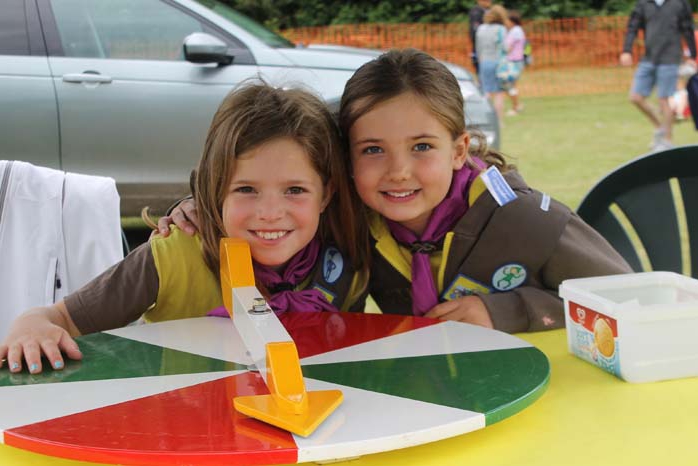 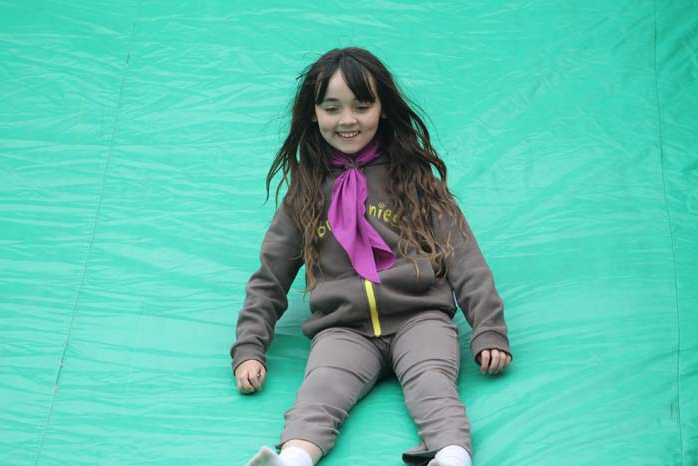 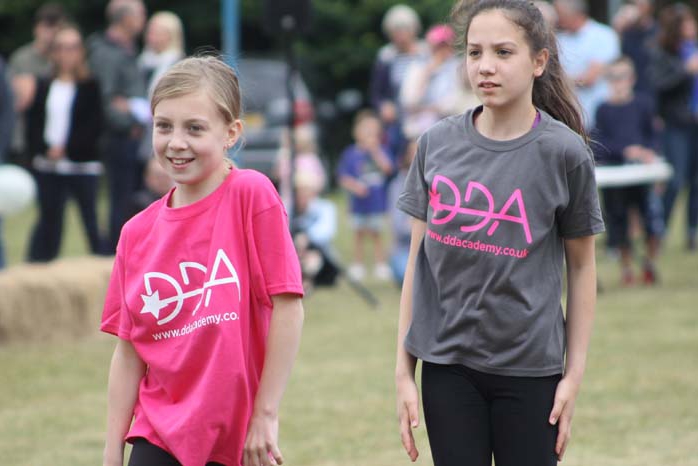 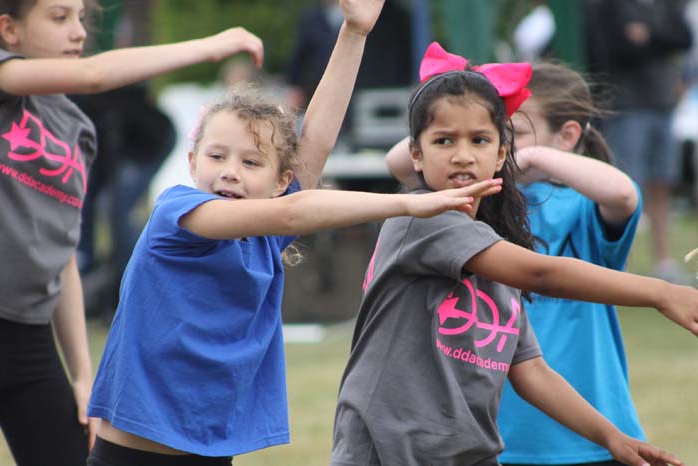 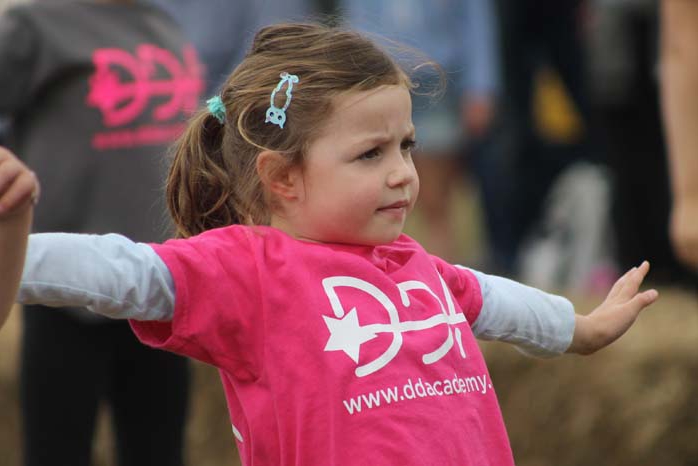 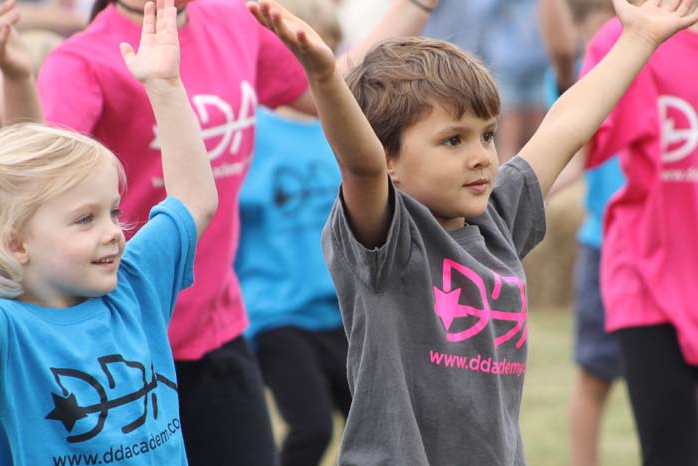 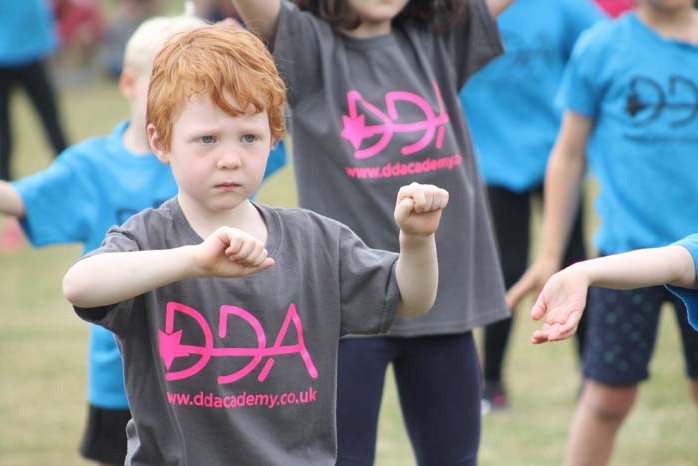 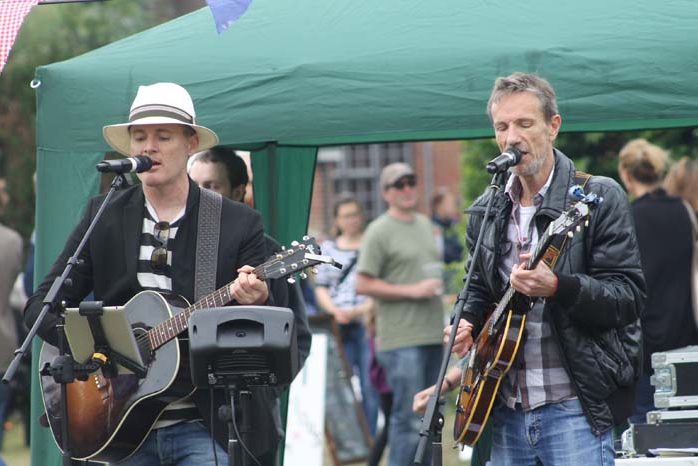 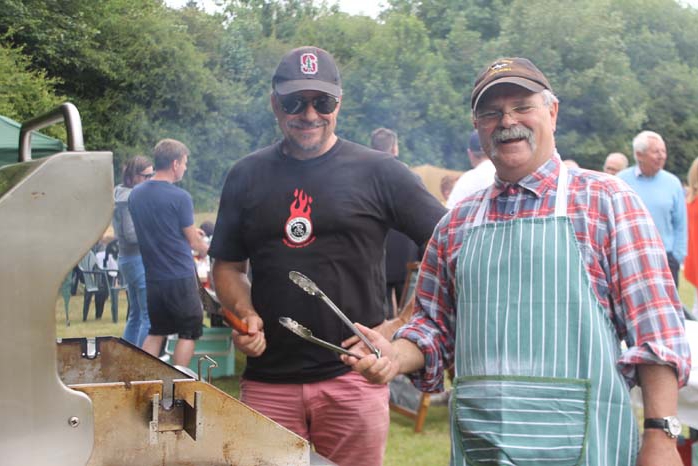 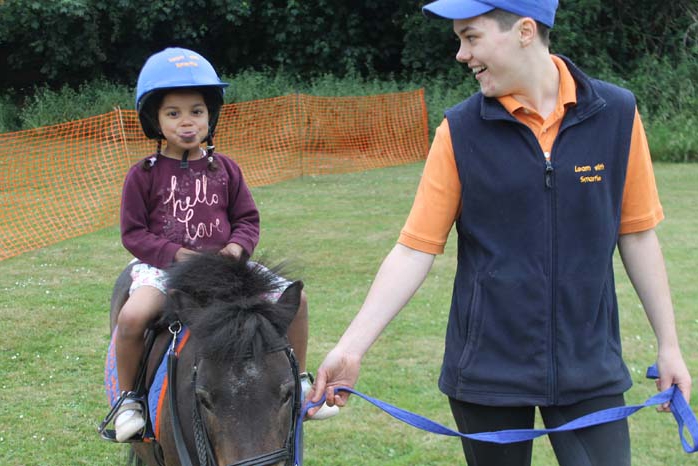 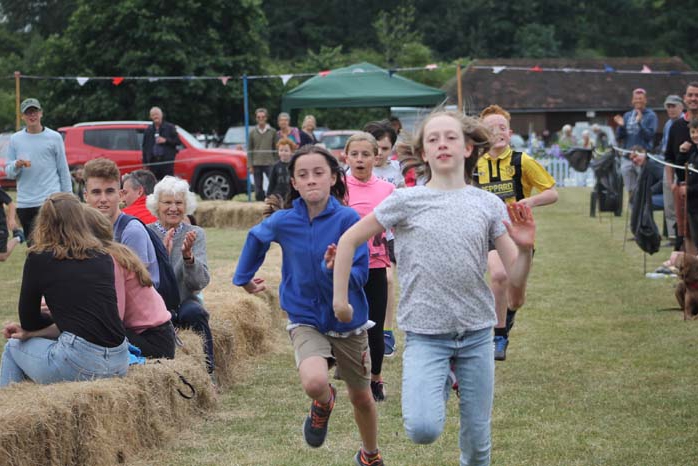 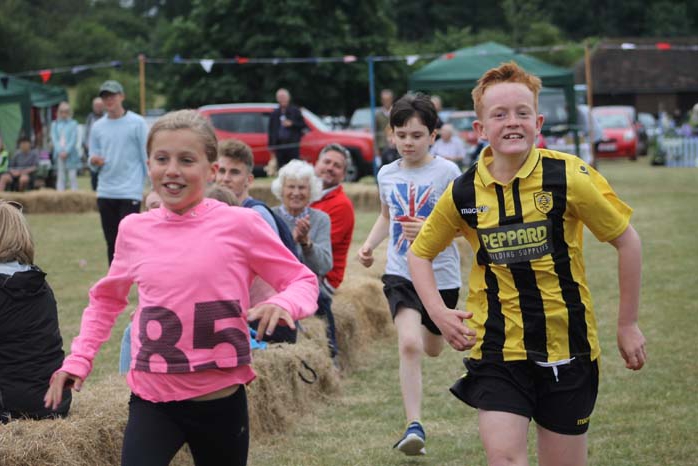 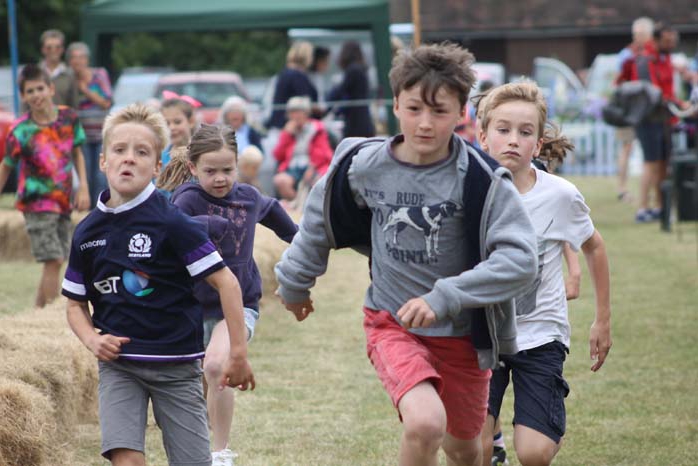 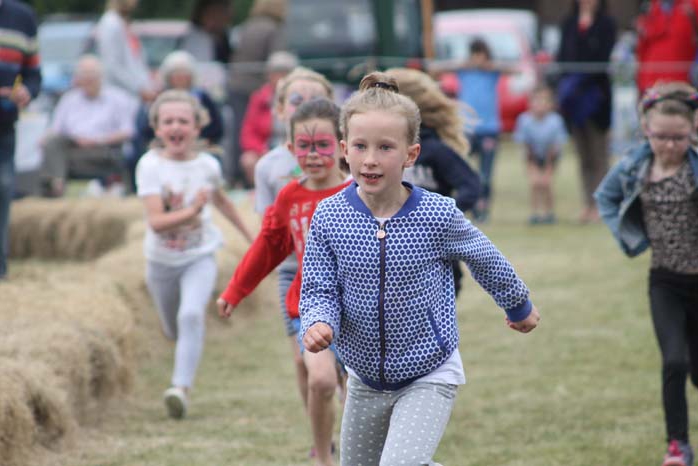 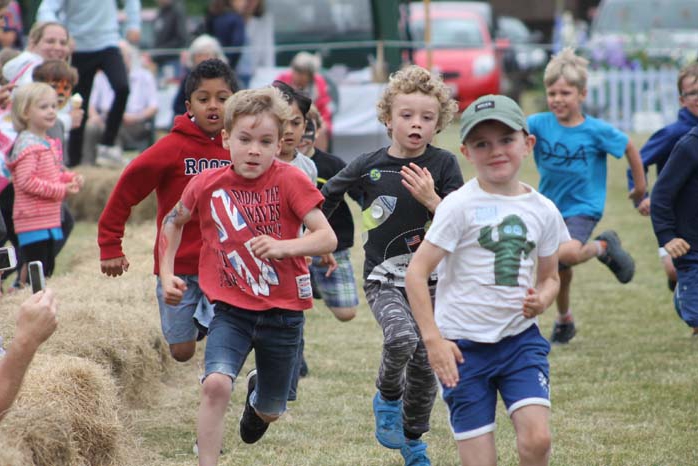 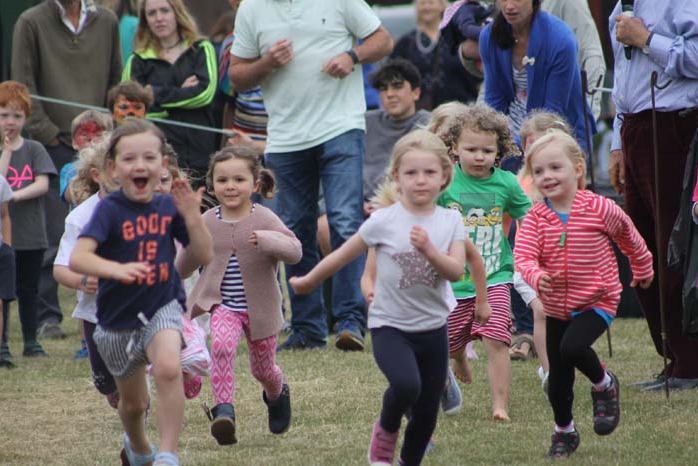 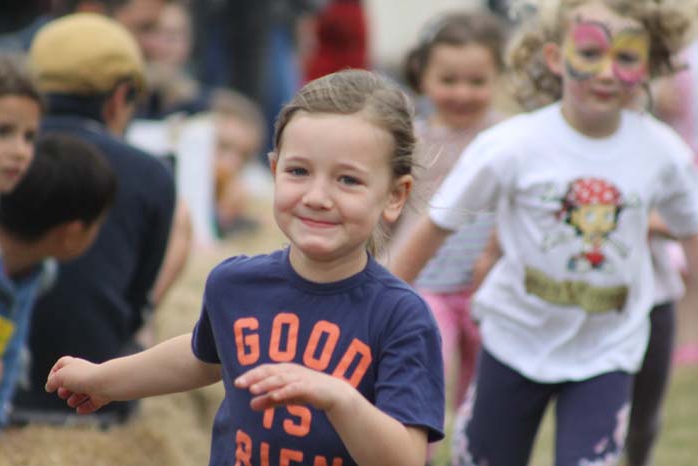 Many of the Dads were seen having a go at the circus toys with Oojamaflip Circus, bringing smiles to both Dad’s and their children’s faces.

The fete opened with the popular fun dog show, judged by Sally Birkett this year.  This year’s categories saw awards for Handsomest Hound, Prettiest Pouch, Over 7s and Under 7s plus a game of traffic lights where the dogs had to sit as soon as the colour board changed. Prizes for the dog show were donated by Henley Pet Shop and the winners were:

There were all the loved Harpsden Fete traditional stalls back again like hoopla, tombola, lucky dip, coconut shy, skittles, books, cakes etc. as well as pony rides provided by Learn with Smartie and a big bouncy slide.

In the main ring, there were performances by Steph Maxwell’s Dancing Divas and Dudes academy with children as young as four performing followed by a great music provided by singing duo The Loops.

The fete ended with traditional running races and a tug of war contest (see below for list of race winners and runners-up).

Jane Burtt, one of the organisers said, “Excellent fete with a tremendous atmosphere created in part by fabulous singing duo ‘The Loops’, dogs and dancers and more children than ever. Highlight always the races and tug of war, rather a feat separating 100 youngsters in height order for team selection! Too many wonderful people to mention, they all pulled together to raise over £5,000 on the field which will benefit village organisations and Benevolent Fund of Royal British Legion.”