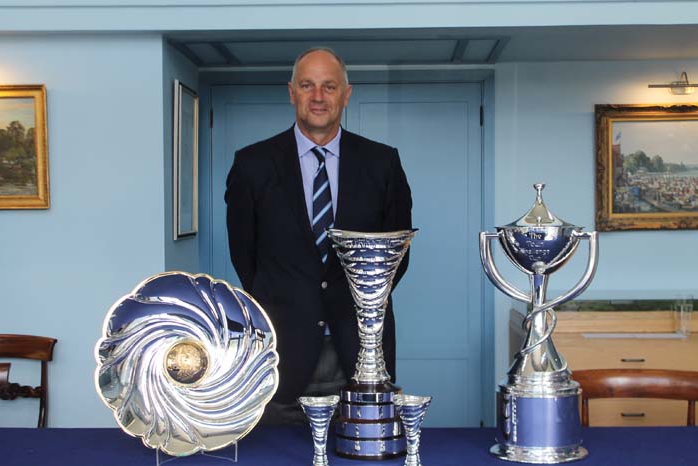 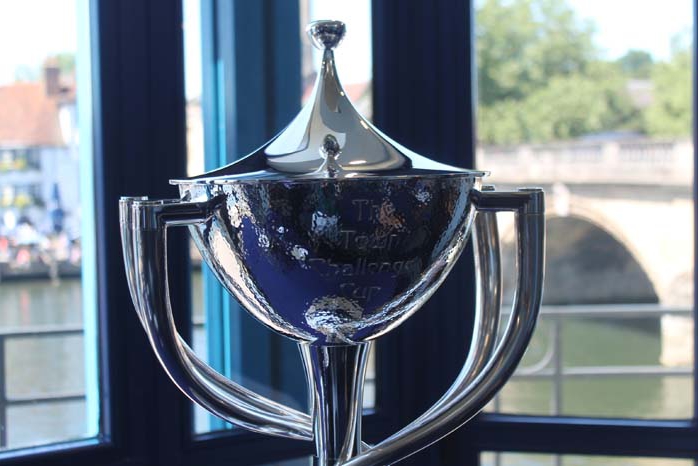 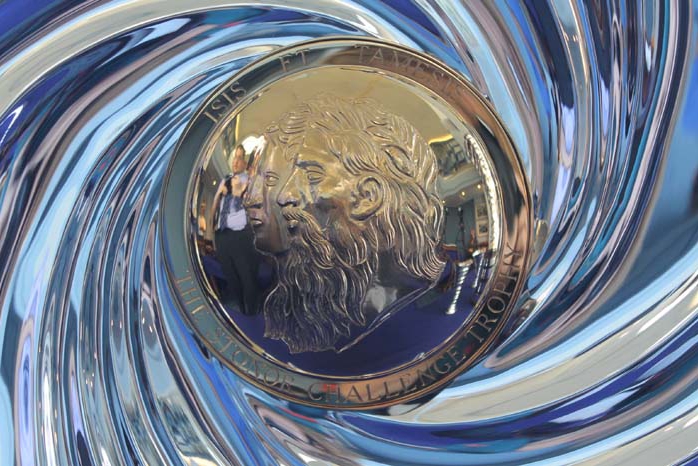 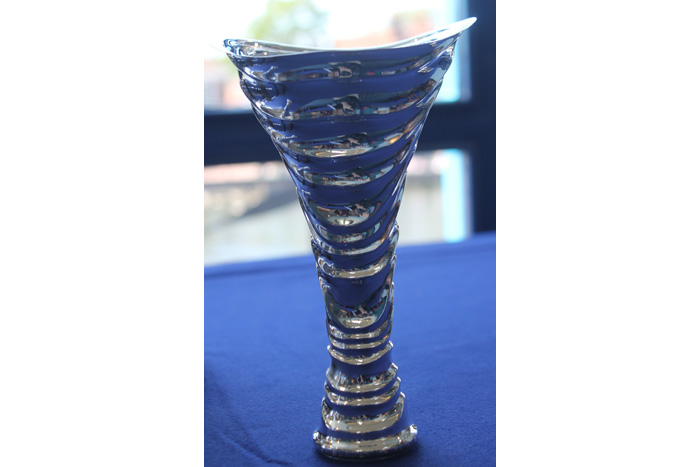 Three new trophies for the winners of the 2018 Henley Royal Regatta women’s coxless fours, pairs and double sculls were unveiled by Sir Steve Redgrave at Regatta Headquarters yesterday (Monday). The trophies have each been named after significant figures or events in the Regatta’s 179-year history and reflect the long-standing heritage and tradition of the Regatta.

The new events were officially introduced last year in 2017 with the winners just receiving medals.  Sir Steve Redgrave, Chairman of the Regatta’s Committee of Management said, “We felt that introducing these three events last year was the right thing to do with the way that the sport is developing for women. The Stewards thought that there should be an equal amount of events for men and women. When we introduce an event, we normally let it evolve over 2/3 yeas before we introduce a trophy.  We make sure that we are doing the right thing.  After the reaction from the crowd last year after saying there weren’t any trophies, only medals, it focused my mind.  We did look at phasing the trophies in over 3 years, one each year however the committee decided to have all three trophies and names this year.”

The trophies were designed and made by Ottewill Silversmiths in Kent who have previously worked with Henley Royal Regatta to restore trophies and to make a new base for the Grand Challenge Cup four years ago. The process of deciding on the designs went through many elements including a visit to the London Silver Vaults to look at other trophies.  Sir Steve told us he helped on a couple of the trophies, commenting “They gave me a little hammer and chisel to work on them and I’ve watched the progress on the trophies by visiting the workshop on a regular basis.”

The Town Challenge Cup, for open women’s coxless fours, recalls the name of the trophy that was presented to coxed fours alongside The Grand Challenge Cup for eights at the very first Regatta in 1839 and annually thereafter until 1883, after which it was given in trust to the Henley Town and Visitors’ Regatta. The trophy features four handles offsetting them – looking like four blades coming out of it.  Sir Steve commented, “I hope that the winners will each be able to get a hand on it to hold it up.  It’s very heavy.”

The Hambleden Pairs Challenge Cup, for open women’s coxless pairs, commemorates the trophy presented for the pairs event at the Royal Henley Peace Regatta in 1919 by Viscount Hambleden. In 1924, he allowed a portion of his land on the Berkshire bank by the Start line to be trimmed to enable the creation of the Straight Course on which the Regatta is still raced today. In addition to the trophy, both members of the winning crew will receive presentation miniatures, instead of medals.

The Stonor Challenge Trophy, for open women’s double sculls, commemorates Thomas Stonor (later Lord Camoys), who chaired the meeting in 1839 at which the Regatta was founded. Stonor went on to become one of the Regatta’s very first Stewards.  In the centre of the trophy are the goddesses of Isis and Tamesis which are featured on some of the Regatta medals and the design represents the swirl of the water when rowers pull the blade out of the water. Sir Steve said, “The Stonor family have been involved in the Regatta since the start.  There’s been a Stonor in our history almost right the way through up to the present day.  Tom Stonor was very pleased when we told him.”

Sir Steve concluded by saying, “There’s a lot of work gone into them and the committee are all very excited about them.  I think they look rather stunning and look a bit different than the normal trophies that we have.  We are very pleased with them and certainly add to our great portfolio.”  Asked who will be presenting the trophies this year, Sir Steve replied, “I can’t tell you as the Stewards don’t know yet but I can tell you it is someone from the rowing world that everyone knows.”

Henley Royal Regatta takes place between 4–8 July. All five days of the Regatta can be watched live and on demand on YouTube at www.youtube.com/user/HenleyRoyalRegatta