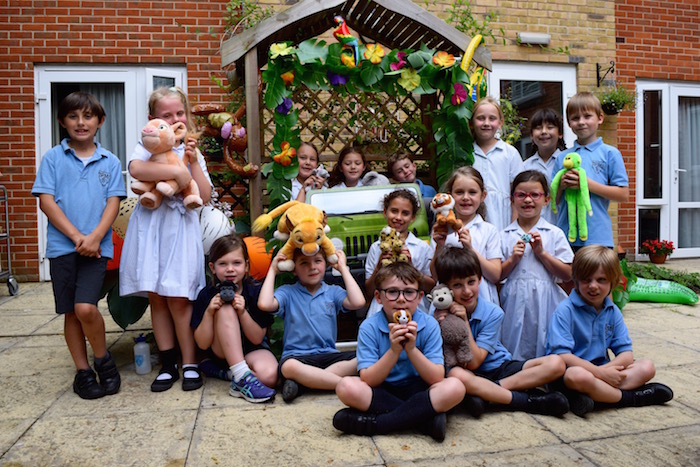 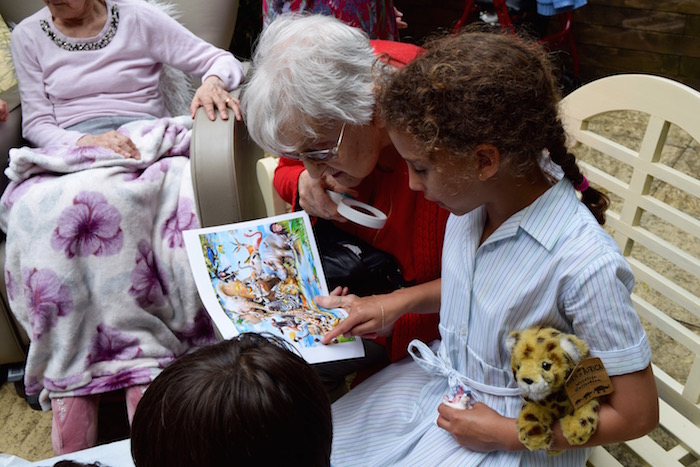 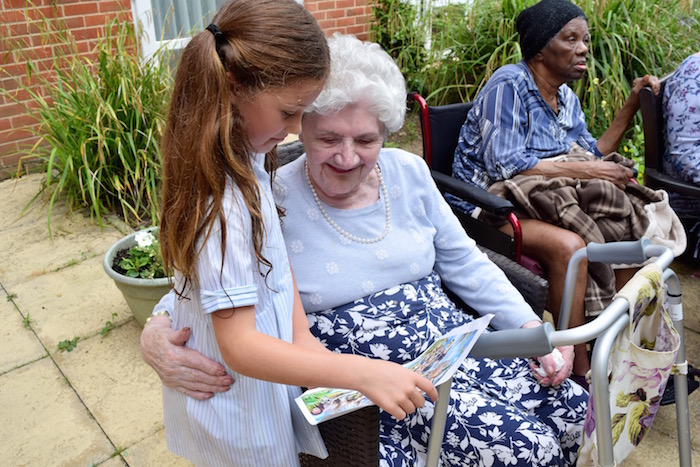 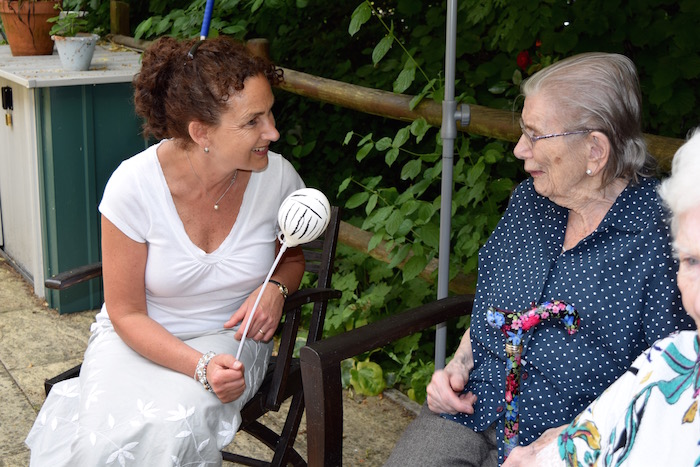 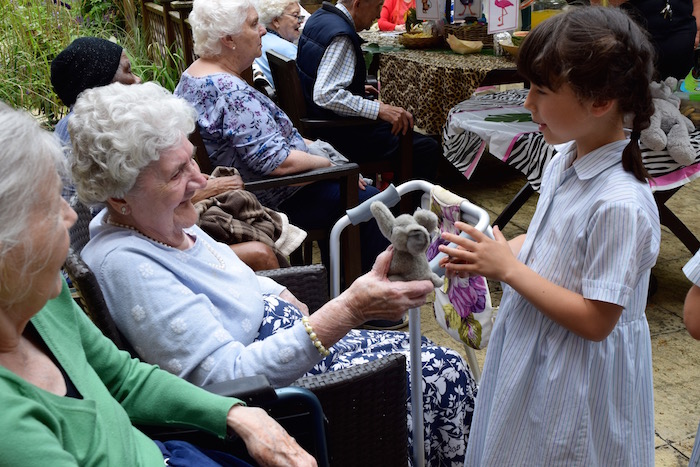 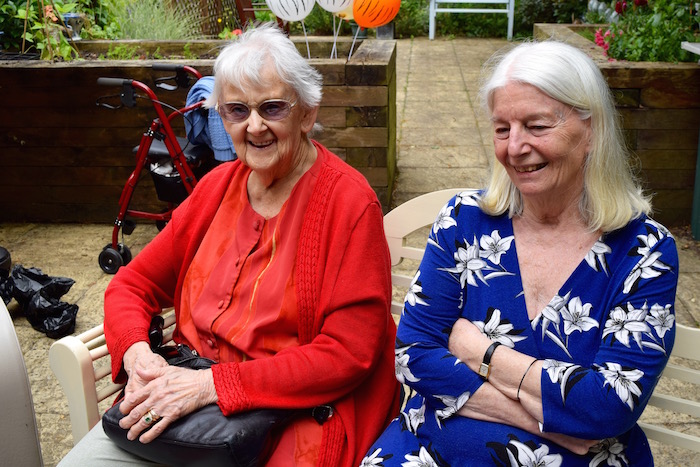 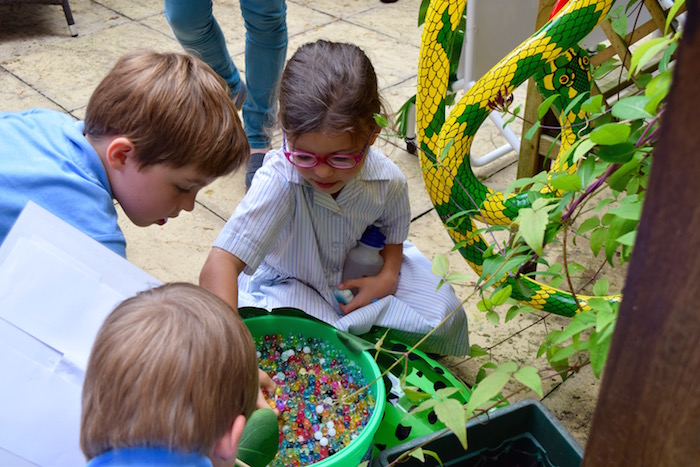 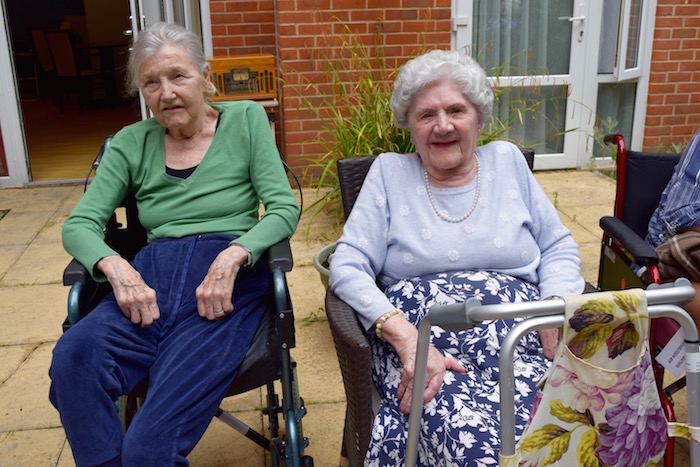 Acacia Lodge residents were in for a wild afternoon when St Mary’s School students joined them in the ‘Safari Garden’. Yesterday (Tuesday), the residents and Year 2 children were transported to the plains of Africa for a special Saharan celebration. The event was organised in memory of Acacia Lodge nurse, Ivy, who passed away last month.

Transformed with animal print bunting and balloons, the Acacia Lodge garden was buzzing with the excitement of safari-themed games. St Mary’s students dove their hands into the ‘Crocodile Swamp’ lucky dip, digging around for animal toys (and hopefully no snapping jaws)! The ‘Flamingo Lake’ challenged them to throw balls into plastic cups, which were floating on the backs of inflatable flamingos. For the third game, residents and children teamed up to identify the African animals in a photo. Henley Mayor, Councillor Glen Lambert, also came along for the adventure, and spent the afternoon socialising with the residents. The intrepid explorers were fuelled by a feast of African-themed treats – Flamingo Fruit, Monkey Munchies, and chocolate Ostrich Eggs to name just a few!

The Safari Garden was just one of many African-themed events taking place this month. Wendy Fricker, Activities Co-ordinator for the care home, explained, “As most of our nurses are African, we decided that we would dedicate June to all things African, in memory of our dear Ivy.” On  June 1st, the nurses kicked off the commemorative month by singing a selection of African songs, wearing their traditional dress. The Safari Garden event was Wendy’s creative concept. “I said I would do a safari,” she revealed. “It’s organised bedlam, but we like it that way! It’s good fun. I love to see the kids with the residents, and the residents love the kids.”

As a soundtrack of cheerful laughter and African drums filled the garden, Year 2 teacher Jacqui Yeulet reflected on the afternoon. “The children always enjoy coming down here,” she said. “It’s one of the highlight of their half term.” St Mary’s School has established a relationship with Acacia Lodge, and often visit the home throughout the school year. Mrs. Yeulet continued, “I find they don’t have a lot of time with older people, so coming down here is always a good experience. Wendy is just incredibly generous. She has a knack of pleasing old and young!”

Acacia Lodge’s afternoon safari adventure was truly enjoyable for all ages, and a wonderful way to remember their lovely nurse, Ivy.