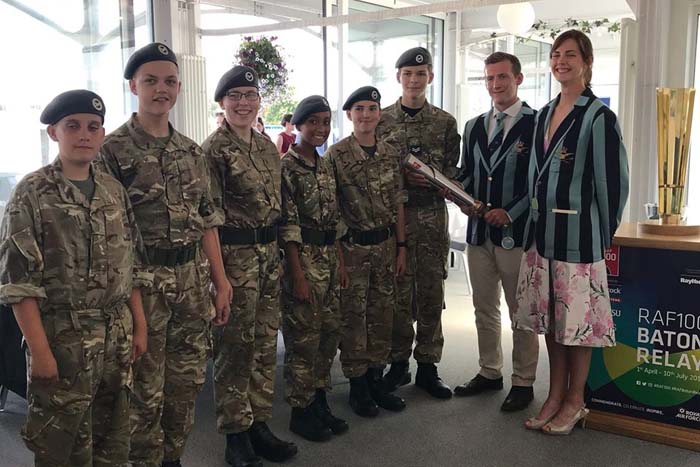 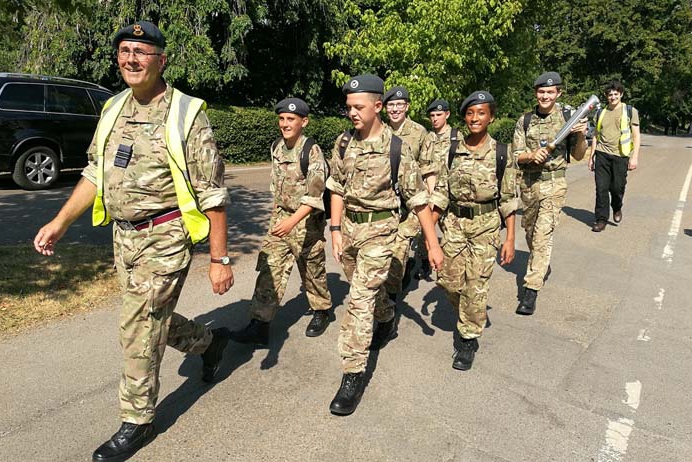 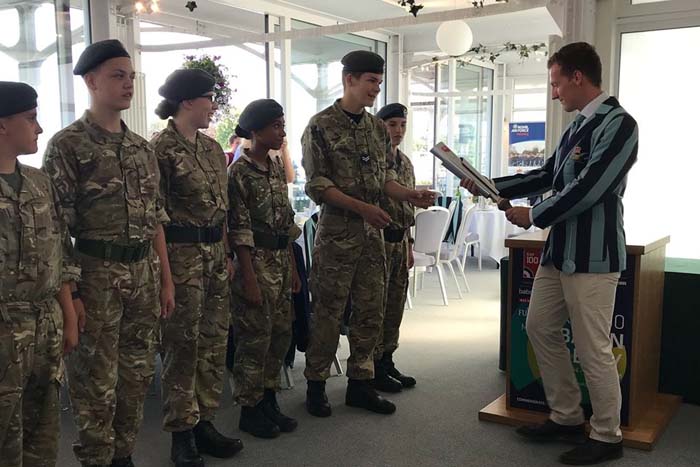 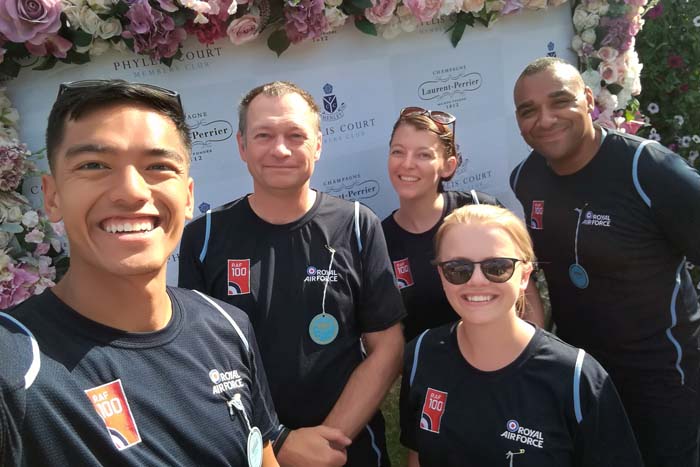 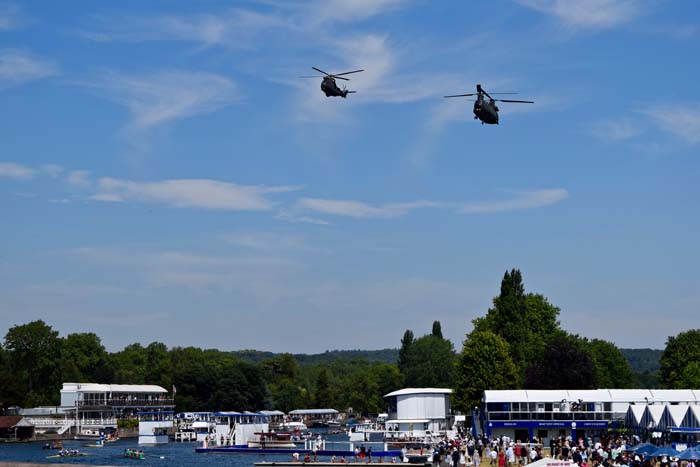 On day 96 of RAF 100 Baton Relay, 447 Henley Squadron Air Training Corps were honoured to be passed the baton on Friday afternoon (6 July) from the RAF rowing crew who had rowed it down the Henley Regatta course with a fly past of a Chinook and Puma overhead.

The RAF 100 Baton Relay started on 1 April 2018, to mark one hundred years since the formation of the Royal Air Force and over 100 days it has been on a journey around the UK and abroad including the Falkland Islands by many means of transport including boats, aircraft and on horseback. The relay was completed yesterday (10 July) at Horse Guards Parade in London where it was part of the RAF100 celebration parade and flypast.

The presentation of the baton took place in the Riverside Pavilion at Phyllis Court Club and the six Henley air cadets (Cdt Aidan Honor, Cdt Charlie Horne, Cdt Oliwia Betts, Cdt Elise Hammond, Cdt Mattie (Smiler) Krupa and Cdt Cpl Cian Kircher) were presented to Air-Vice Marshal Mike Wigston (Assistant Chief of the Air Staff, President of RAF Rowing and The Senior Responsible Officer for RAF100 including the Baton) before they set off on their 8 mile trek on foot to 1811 Marlow Squadron’s HQ in Institute Road, Marlow.

In very hot conditions, (over 30 degrees) the party took the most direct route along the A4155 road to Marlow, stopping only for a 10 minute break at Medmenham, arriving in just over two hours. Squadron Commander, Tim Keating said, “It was a real honour to be asked to transport the baton and to meet Air Vice-Marshal Wigston who shook all our hands and spoke to us.  It was really good fun despite the heat. We took the most direct route because of the heat and to take advantage of the shade from the hedging and trees along the road. All the cadets did brilliantly considering how young they were (average age was about 13).  My staff CIs, Jade Swinton and Jamie Bull were also a great help too in pushing us on to get the baton to Marlow.”

Afterwards Cdt Oliwia Betts said, “It was an honour to take part in something so important and I really enjoyed it.”