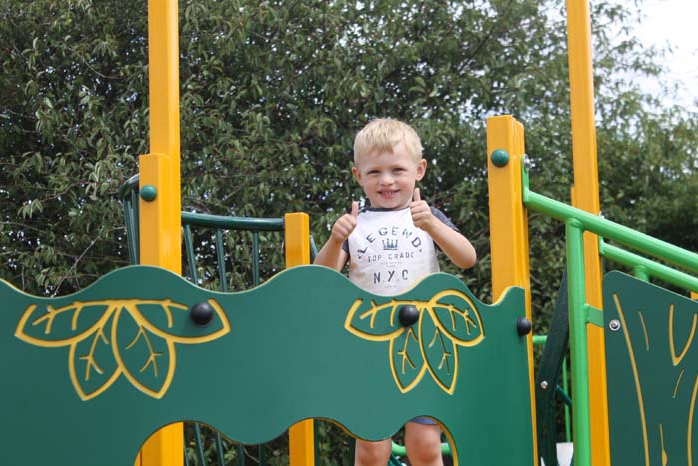 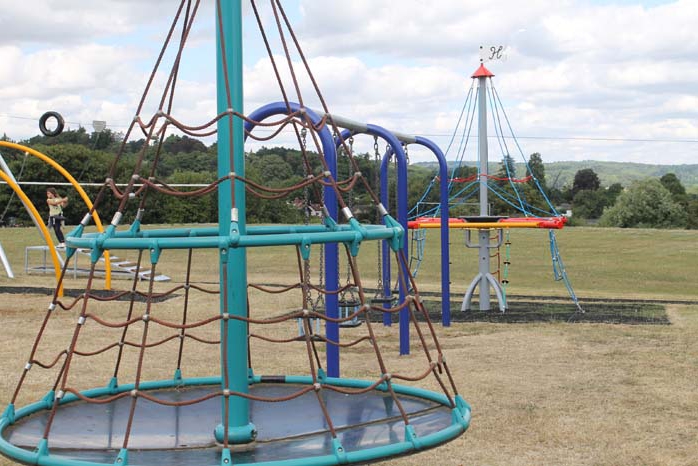 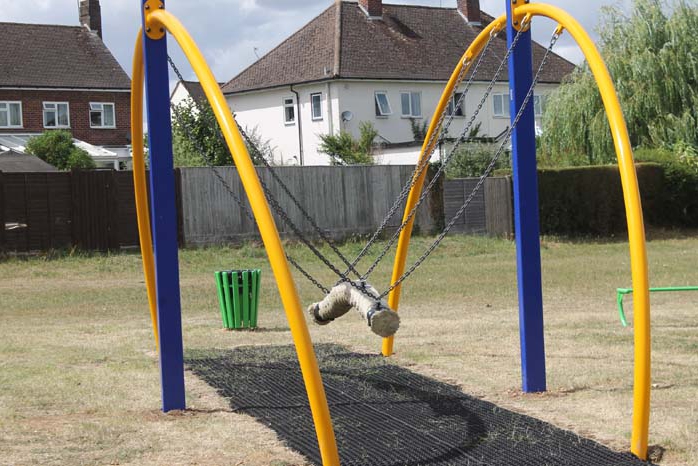 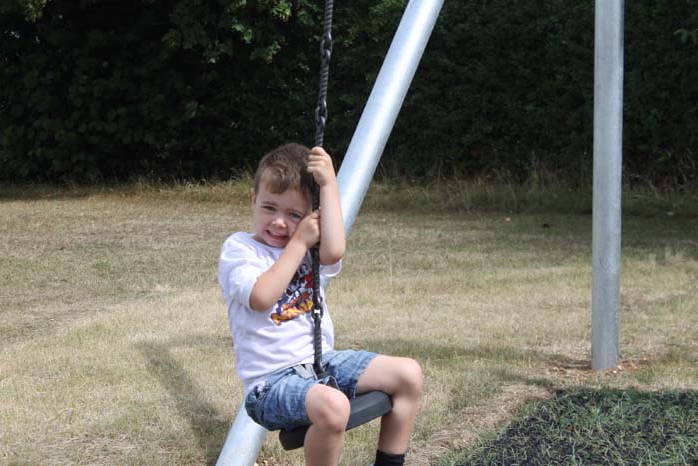 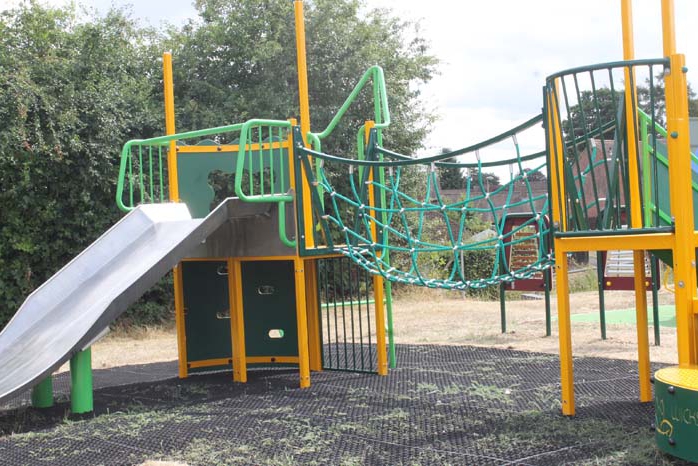 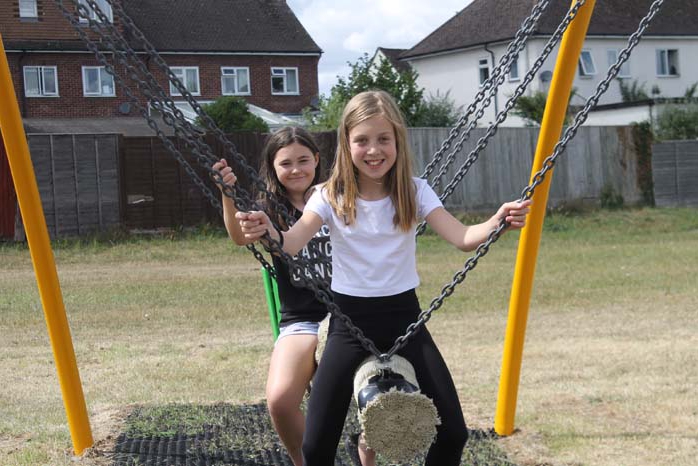 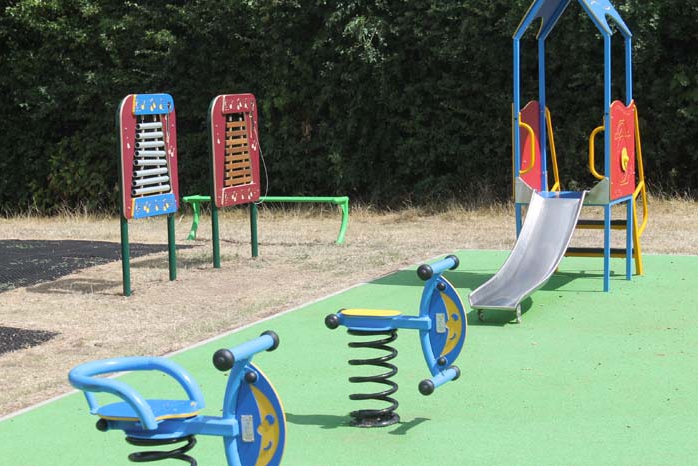 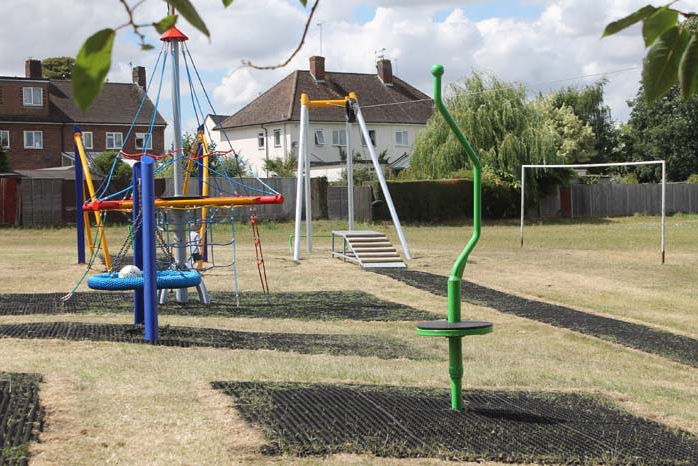 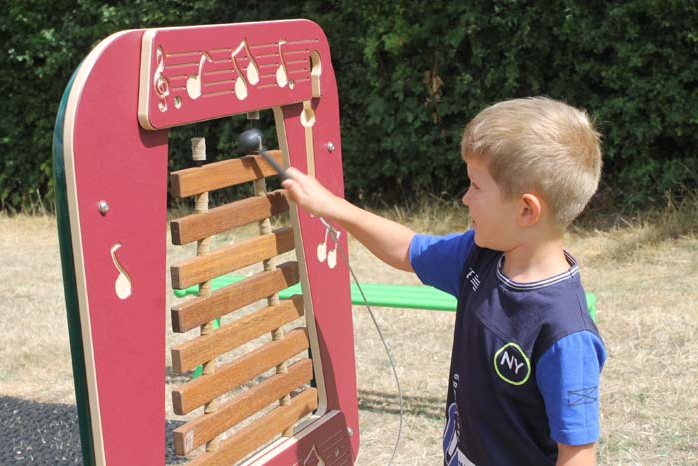 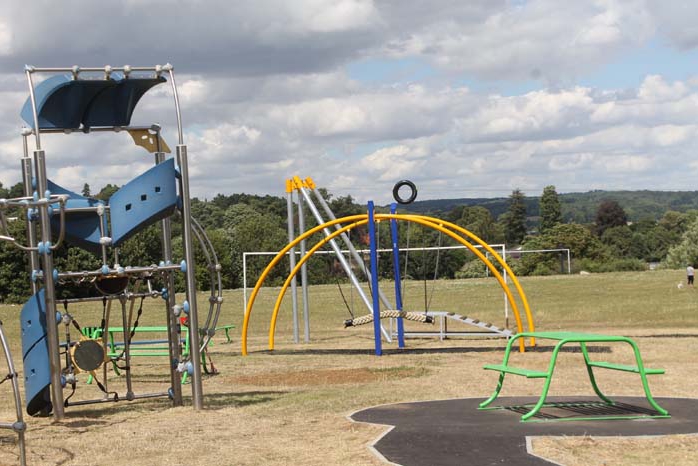 The new Makins Recreation playground opened last week in time for the school holidays and is a big hit with children already.

The new playground cost £80,000 and was installed by Wicksteed from Kettering.  It includes a 25m cable wire, a wheelchair accessible roundabout, a toddler zone, zig zag twister, surf board, rope bridge and slide plus some musical instruments.  The existing swings and climbing towers were incorporated into the design.  A new perimeter fence will be installed very shortly.

Chair of the Henley Town Council, Recreation & Amenities Committee, Councillor Kellie Hinton said, “Makins is one of three playgrounds Henley Town Council maintain. After refurbishing Mill Meadows in 2013, Makins was next on the list of improvements, with Freemans to follow. By lucky coincidence, The Gainsborough Residents’ Association (GRA) began to take shape on the nearby estate and one of their first consultations about what was needed to improve Makins and the estate, showed that residents felt the playground needed updating, so the council and nearby residents were on the same page. I held a consultation at the site during an event in 2016 and presented a report to the council on the type of equipment the kids would like to see installed including colours and materials, which helped to form the creative brief sent out to suppliers. The GRA also helped the council to engage with people on the project and consult. From there we had several committee meetings and site visits trying to work out size and whether we wanted to keep any of the existing equipment. After narrowing down options, we were delighted to award the contract to Wicksteed earlier this year. In summary it has taken a long time, but having been gone through thoroughly, it has been done properly and we are delighted with the result.

I’d like to thank Becky Walker, Janet Wheeler and Karl Bishop at the town council for their dedication in completing the project and also all of the people over the past year who took the time to examine the proposals from just under 10 different companies. The dossier was huge and yet people still took time to come in and give their opinion. I’d like to also thank Wicksteed for helping us to realise our vision. I hope children all over the town will visit the park and have lots of fun!”

Petra, a young Mum from the Gainsborough Estate who has a toddler said, “It is absolutely excellent now.  I didn’t used to come very often as there wasn’t much for my toddler to do here.  It is much more age appropriate for him now.  He leads me down here now and absolutely loves it.”

Shannon, aged 11 said, “It’s so much better now and my favourite bit is the surf board.”