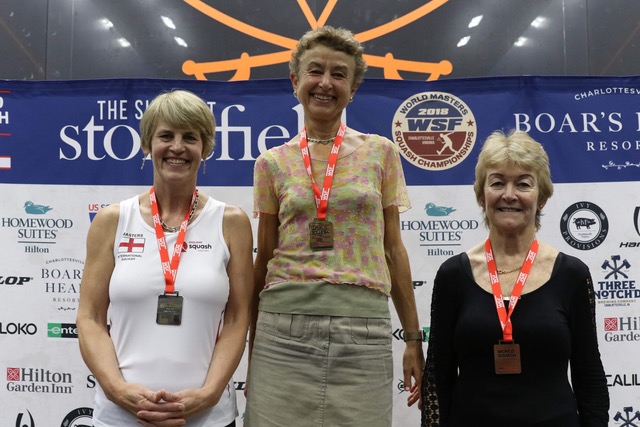 The competition was played at the Boars Head Resort just outside the town in a lovely setting with fantastic facilities. The tournament started on 29th July and ended on 5th August. There were over 800 competitors competing across age groups from 35 to 75 (women) and 80 (men), with a full schedule of matches throughout the week.  This was the fourth World Masters for Jill, having first competed in Birmingham in 2012, losing in the first round of the Over 50s.  In 2014, in Hong Kong Jill lost to the eventual winner in the quarter finals and in 2016 in Johannesburg she lost in the final to Karen who she beat this time.

Jill, who turned 60 in April, was number one seed – based on her performance in her final season in the over 55 age group, when she reached the final of the British Closed, played number 2 for the over 55 England team in the home internationals and finished fourth in the European Masters. Jill did not disappoint, winning her opening rounds in straight games. In the semi-final opposition was a little tougher and she dropped the opening game before comfortably taking the last three to book her place in the final.

The final was a different matter. Karen Hume from Kent played well with deft short shots and took the first game. Jill’s longer game was not working as she displayed some nervousness. The second game appeared to be going well but Jill found it hard to close out, eventually securing the game 12:10. In the third Jill somewhat lost her way and Karen had the upper hand. The fourth game was a tense affair, Jill’s deeper shots started to pay off, but Karen kept producing short winning shots to keep her in the game. Jill eventually prevailed 11:9 with some excellent boasts.

In the final game Jill’s better fitness seemed to be a factor and, with her short game more evident and her length shots working, her success was assured with a comfortable 11:5 score line.

Jill was understandably very happy and emotional after the match.  She said,  “I am so proud and thrilled to have won my first World Masters title, especially having reached the final in 2016 and failed to win despite having been 2-0 up. Playing on a glass court for the first time was exciting, as was knowing that matches were being streamed live on YouTube. I didn’t start well in the final and to be honest half way through the match couldn’t see what I could do to take control. Fortunately I had good advice between the games and managed to keep Karen on court long enough for me to wear her out at around the same time as finding my length.” 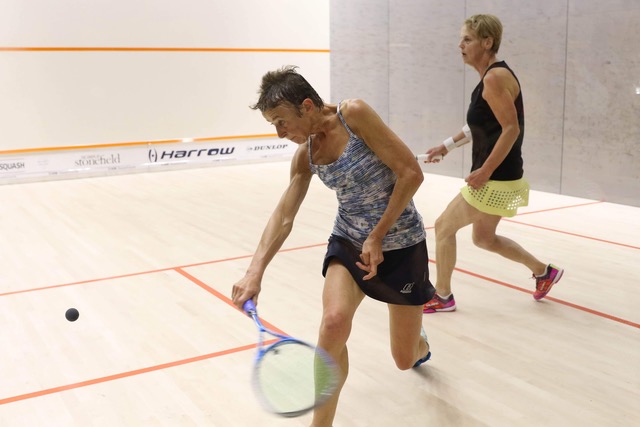