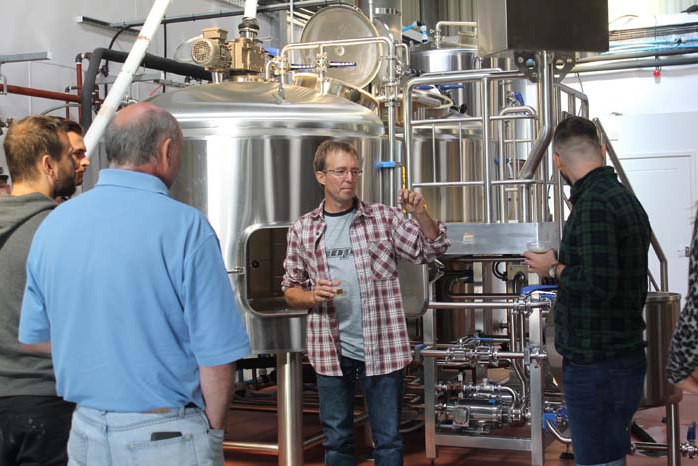 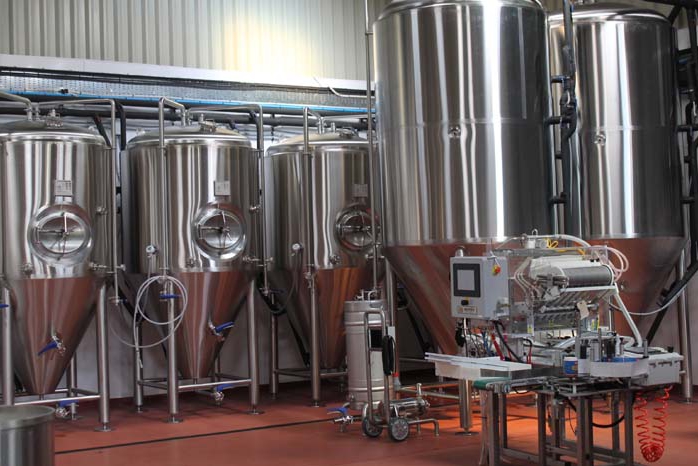 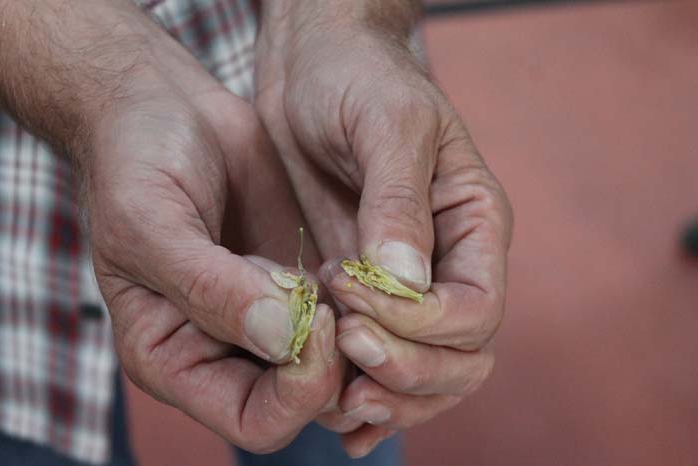 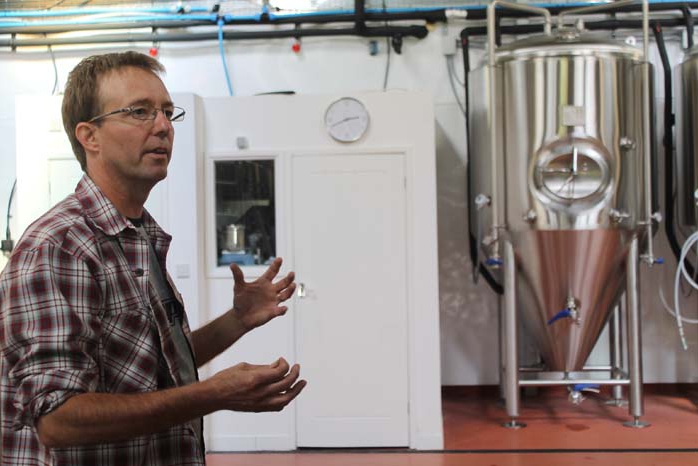 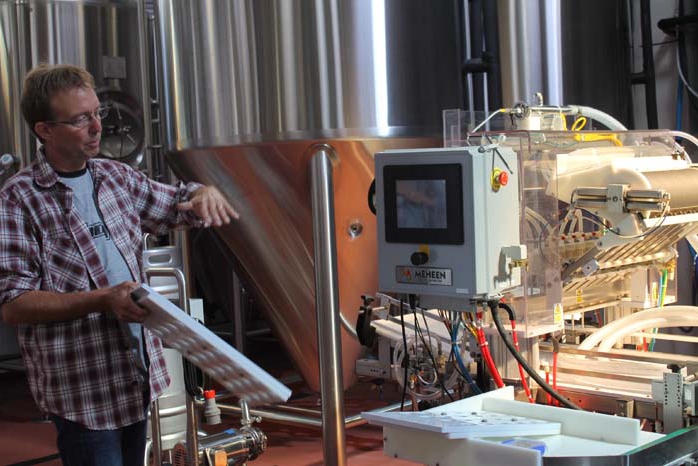 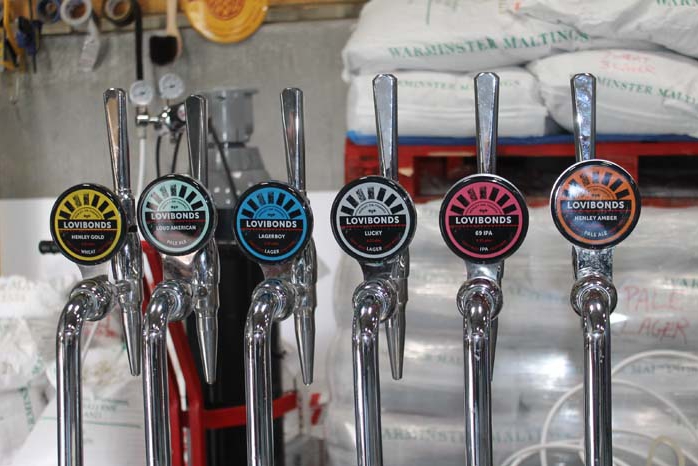 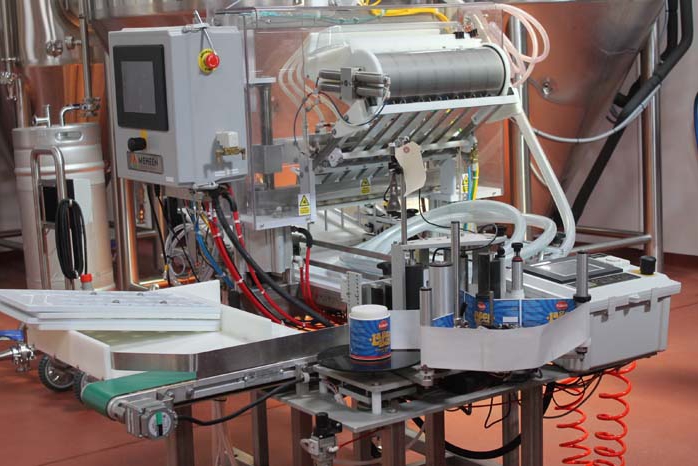 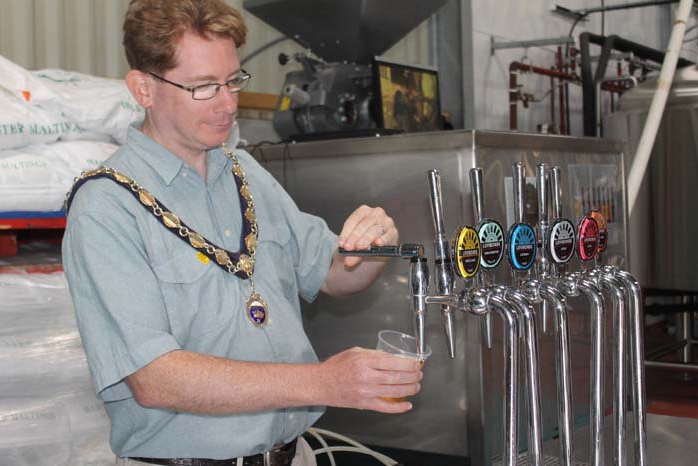 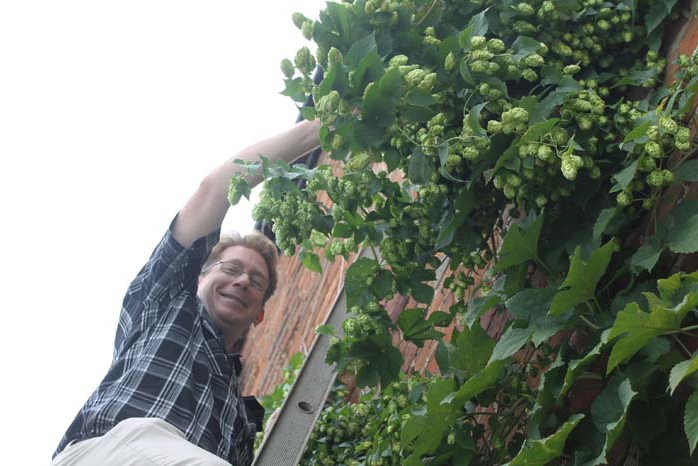 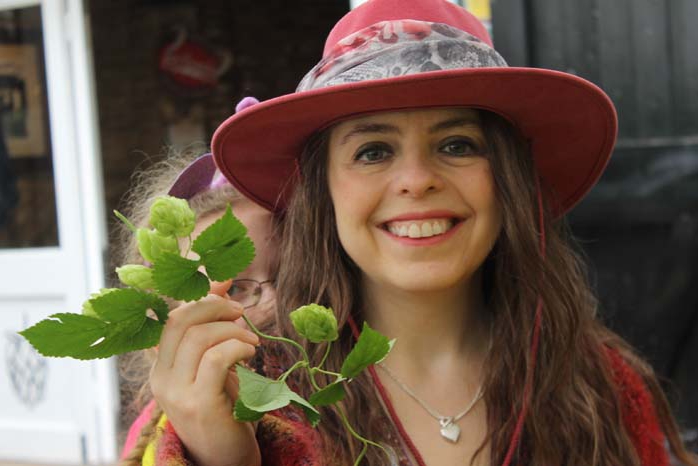 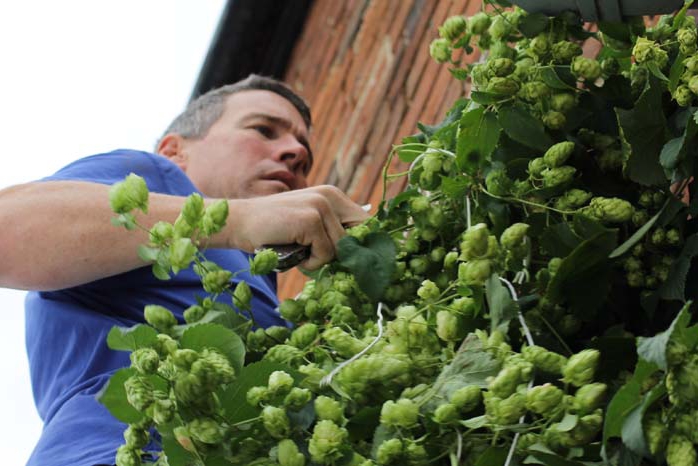 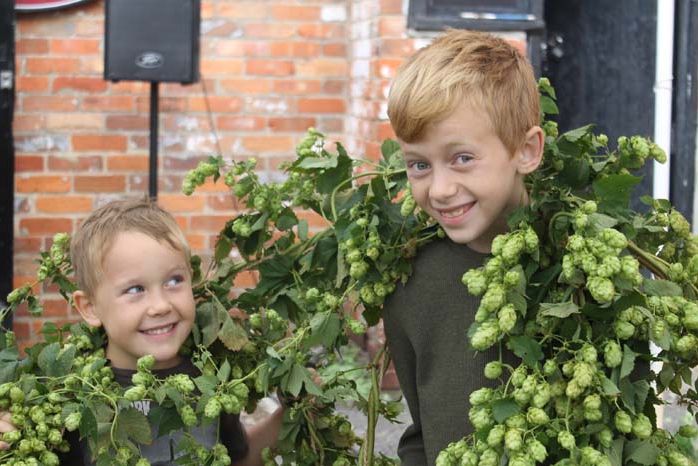 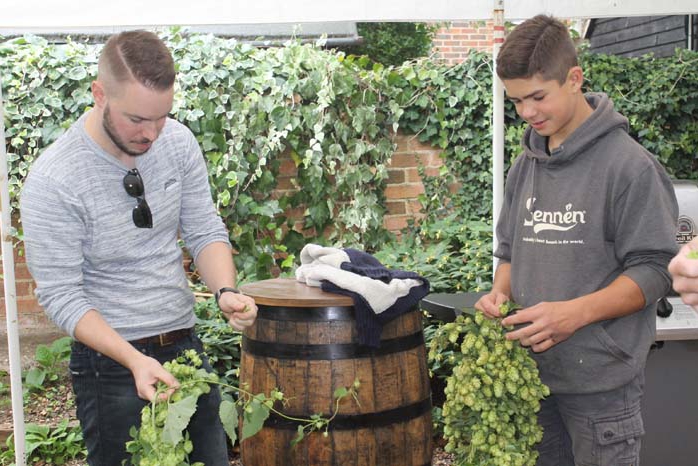 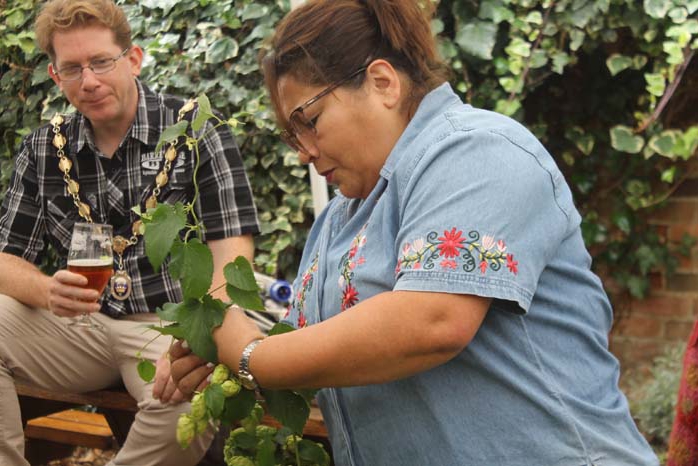 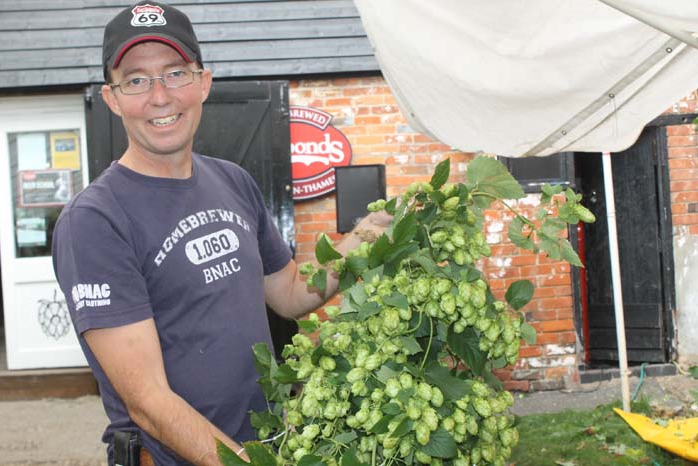 Many home beer brewers probably dream about turning their hobby into a business and having a proper craft beer brewery but most don’t realise their aspirations. Jeff Rosenmeier however who started home brewing over 20 years ago has seen his Lovibonds brewery grow over the years and now has its own large production facility just outside Henley town centre.

Thanks to a private investment from Sharon Fraley who invested in the business two years ago, Lovibonds now has a state-of-the-art production facility. We were delighted to be one of a few chosen guests last week to see this impressive new brewing facility on our doorstep. The brewing equipment was brought from a US specialist company, Premier Stainless Systems that includes a mash tun, brew kettle and 6 large fermenters. The production facility also now has a bottling and labelling machine and a large cold store facility. Sharon said, “When I came to Henley to work I saw a Lovibonds flyer at the train station and came down here to try the beers and met Jeff behind the bar and have been coming back ever since. I’ve always connected with Henley and Lovibonds and keep coming back 2 to 3 times a year even though I now live in Houston in the US. Lovibonds is in my heart and want to see it grow.”

Before the new facility, which now has the capacity to brew 4,000 litres per week, Lovibonds beers were brewed by Jeff and Head Brewer, Rudilynn at Luxters in Hambleden and then packaged at their Greys Road location. Jeff said, “With help and advice from Premier we did all the installation ourselves. When it arrived in three large shipping containers we only had 2 hours to empty each container using fork lifts. A guy from Premier came across afterwards to check the system but only had to make a few tweaks. I was delighted to discover this place after searching for over a year and it’s great that there’s room for expansion when we need it.” 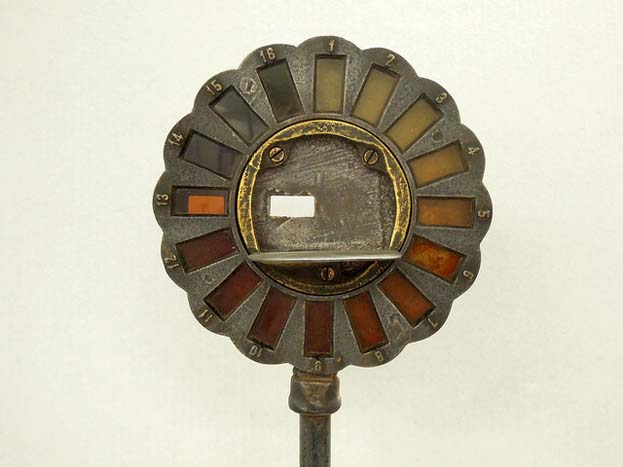 In conjunction with the behind the scenes tour, Lovibonds unveiled their new branding (below). The idea for the new imagery is inspired by Joseph Williams Lovibond who developed the world’s first practical colourimeter (colour scale device) as a means of ensuring the high quality and colour of his beer. This scale, degrees Lovibond, is still used today around the world by brewing and other industries including water companies. The firm Tintometer Limited still exists in Salisbury. Jeff said, “When I decided on a name for the brewery, it came from the history of our town centre building which was a John Lovibond & Sons shop up until the 60’s. The use of the colourimeter on the branding seemed the perfect fit and one that communicates the heritage of the brand.”

Later on Friday, the tasting rooms were open for everyone to see the new branding and to enjoy some beer, live music and food.

On Saturday, Jeff was joined by friends and members of the Lovibonds community including Henley Mayor, Councillor Glen Lambert and his family at the tasting room in Greys Road car park for the annual hop picking day. The fresh hops, unlike the dried ones used in the large production are picked from the bines that have grown up the wall at the tasting room and boiled straight away on Jeff’s original pilot equipment. The brew which this year saw over 11kg picked will be ready for the community to enjoy at the late night Henley Christmas Festival (30 November) this year. Glen was first up the high ladder to cut the bines. He said, “I’ve also brought the hops from my bines at home which this year amass to 1.1kg – the best year yet.” Sharon Fraley added, “I’m here with my partner, my sister and cousins for the their first time after hearing me talking about Lovibonds for the last 6/7 years.” Scott who has been helping hop pick for the last 5 years and was joined by his sons Harry and Ed for the last 2 years said, “It’s a great community event – I think there will be slightly less hops this year as the bines are normally on the roof.” Little Harry added, “they stink good!”

The site of the Lovibonds tasting room in Greys Road was saved earlier this year after a planning application by the landlord for 7 luxury one bedroom flats were turned down. SODC Planning Officer said, “this would result in the loss of an essential community facility in the form of a premises that provides a venue for regular events benefiting both the local community and tourists.”

Cheers Jeff – here’s to the ongoing success of your Henley business.

For more details about the history, beers and opening hours of the tasting room go to www.lovibonds.com 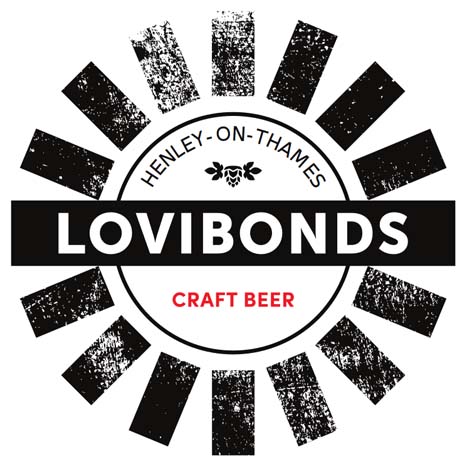