Young, brave Ben Sleet who has Spina Bifida yesterday got his dream come true when he was surprised with the delivery of his new freestyle wheelchair so that he can learn to Wheelchair MotoX (WCMX) at the skatepark.

A fundraising appeal was launched earlier this year and was supported by the Herald which raised just over £1,000 towards the new wheelchair and safety equipment.  One of Ben’s school friends’s Mum, Kirsty Wooldridge at Valley Road School then applied for a trust grant at the company who she works for (who don’t wish to be named) for the balance of the cost which got approved.  Kirsty who was with her Director, Victoria Riggs yesterday, said, “I was overwhelmed and speechless when I saw his face.  It really made my day as it has taken months to get it but now he can enjoy it.”  Kirsty’s daughter Kitty who is Ben’s classmate added, “It’s quite amazing – he looked amazed when he got the chair.”

The freestyle lightweight chair was built specially for Ben by Roma Sports in Wales who make the chairs for the GB wheelchair rugby and basketball teams.  Ben has made a number of trips to Wales for fittings but didn’t know when he would get it.  Ben’s Mum, Angela said, “I’d really like to thank Kirsty and the company.  It will make such a difference to Ben’s enjoyment of the skatepark.  I think I’ll be spending many more hours down here watching him.”

Lily Rice, a young top Wheelchair MotoXer was Ben’s inspiration after watching her videos on YouTube was there yesterday to see Ben get his new chair and to give him some advice and show him a few tricks.  She found out about Ben through Maverick Skatepark’s social media who built the Henley skatepark.  Lily is just 14 and lives in Tenby in Wales.  She started riding just 2 years ago after watching YouTube videos too.  She’s already become one of the top WCMX riders in the UK and Europe, coming first in the Women’s European Championships and second in the World Championships.  Lily’s advice to Ben was, “be brave – do what ever your mind wants to do and have fun!” 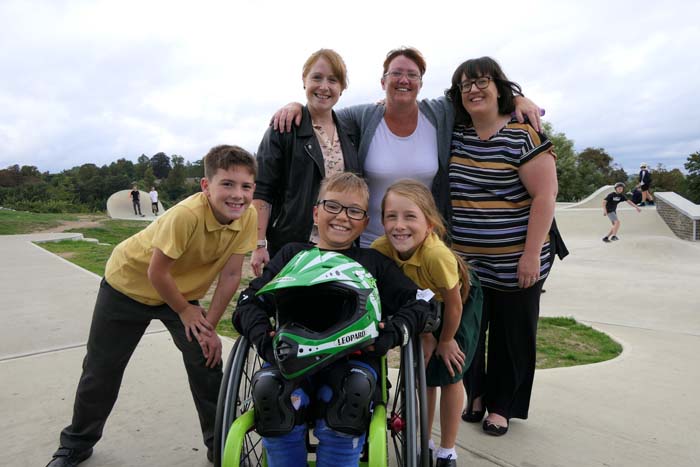 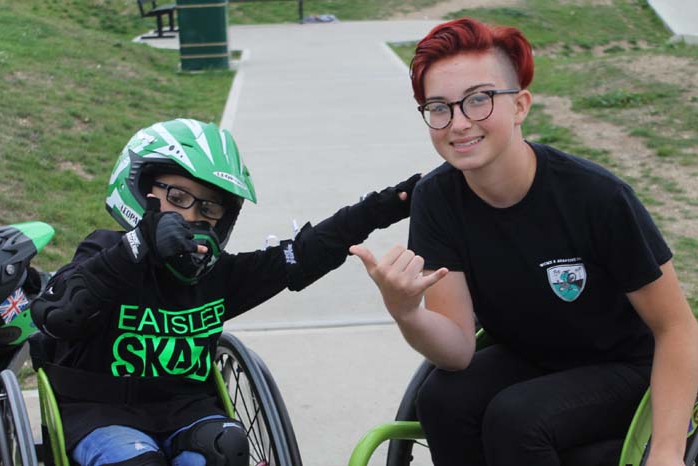 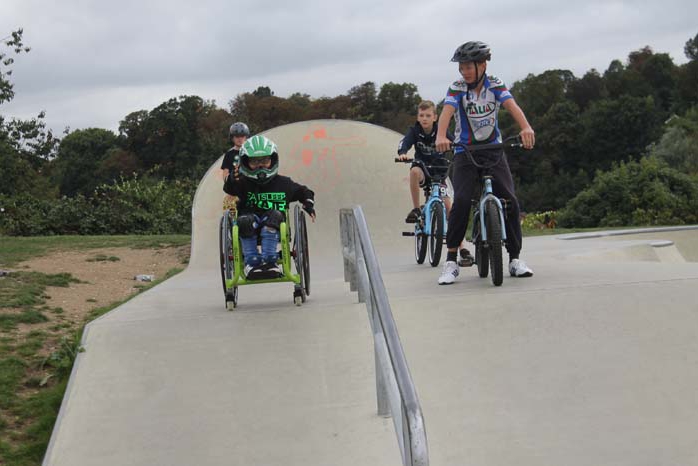 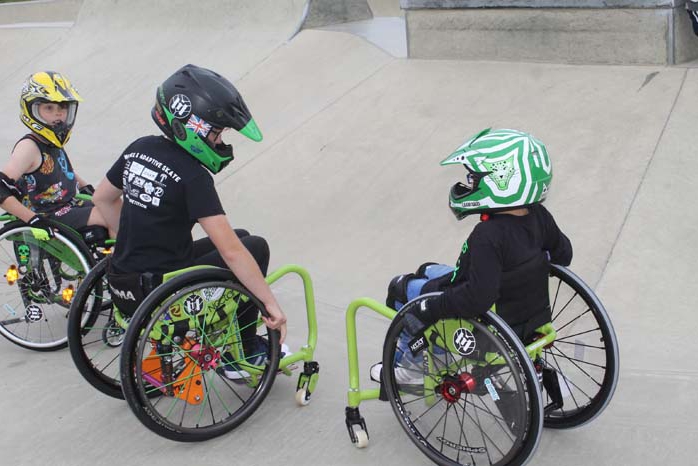 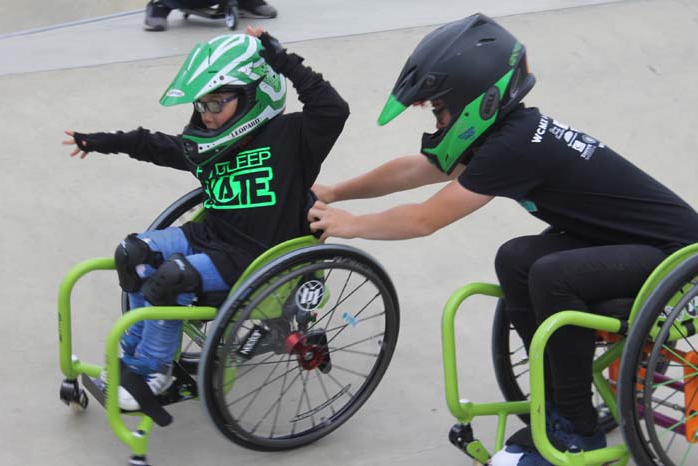 Ben’s face was a picture and just showed how he felt about getting his new wheelchair.  No words were really needed and all he kept saying was that “it was sooooo good!”  We asked him what trick he would like to learn first and he replied a very adventurous “back flip!”  Asking about having Lily at the skatepark, Ben replied, “She’s the coolest and I chose the same colour chair as hers!”

Angus Spiers, aged 7 from Reading who knew Ben when he was little was also there yesterday.  Angus said, “I got into wheelchair WCMX before him and like ‘throwing ramps’.  Angus doesn’t have a freestyle wheelchair like Ben yet but that didn’t stop him showing off his skills with Lily and Ben.  Angus raised the money for his current wheelchair through doing a sponsored ride from Reading.

Ben was already showing his bravery and determination which you can see in the video above… watch this space, he’ll soon be throwing ramps…