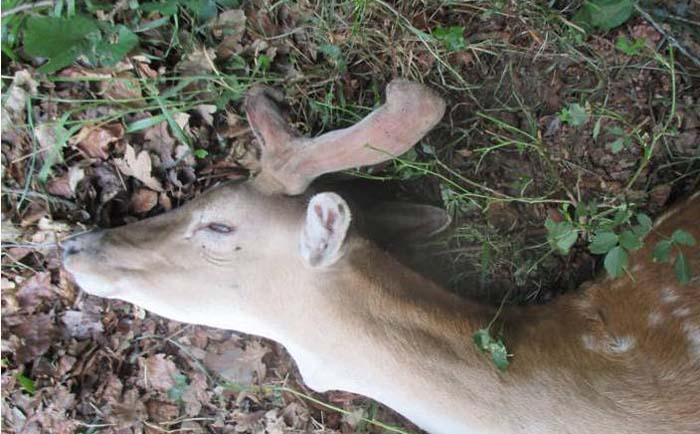 A campaign started by Henley residents which is calling for the National Trust to replace all their barbed wire fences as they claim it causes injury to wild animals and people is now an official member’s resolution for the charity’s 5 million members to vote on.

Judy Dinsdale, David Sarson and Brian MacShane started the campaign in March after Brian discovered a deer hanging upside down from the fence at Greys Court.  We reported on a second deer which Judy discovered which was caught on the wire with its head twisted in July.  There were further reports of other deers posted on Facebook afterwards too.

The resolution which was formally put forward by David Sarson in May says, “We believe that barbed wire is an outdated product and that it causes injury to wild animals and people.  We note that the National Trust makes much of ‘nurturing nature’ and ‘helping wildlife to survive.”

“We propose that the National Trust should adopt the following policy on barbed wire:

Judy helped with getting the 50 members required to put forward the resolution.  Judy said, “We did this through word of mouth and talking to people.  Initially it was difficult as many of our friends were no longer members but in the end we got over 100 members.”

David said, “The National Trust don’t have a HQ policy in place for fencing.  Not all the National Trust properties use barbed wire and there are other equally cost efficient fencing like high-tensile steel like Copas use on their land at Temple Meadows.”

The Board of National Trust Trustees response says, “As a conservation charity, and one of the nation’s biggest landowners, we take our role in protecting wildlife that lives on our land very seriously. “The population of deer in the UK is at an all-time high.  In spite of this the number of incidences of deer (and other wildlife) being harmed by barbed wire is extremely low.  Deer will normally try to find a way around, through or under a fence before trying to jump over it.  The relatively rare incidents of deer being caught in barbed wire fences usually happen when they are 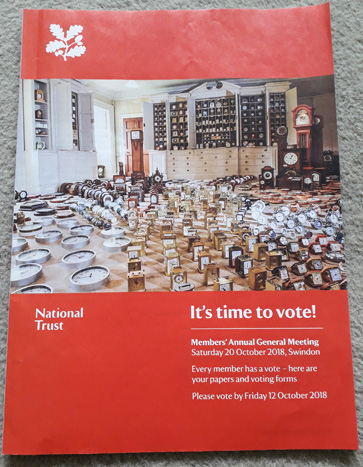 trying to jump over a fence.”

On reading the response, David wrote to the NT Director General, Hilary McGrady in August saying, “Where does the NT get it’s statistic of the number of instances of deer being harmed by barbed wire as low from?  Define low.  Surely one is too many.  We are aware of 4 incidents in Lambridge Wood (near Greys Court) in the past 5 months, including one in the Greys Court barbed wire.”

“On what does the NT base the claim that deer will normally try and find a way round…?  Yesterday (30 August) walking in Lambridge Wood, I discovered the remains of a corpse of a deer tangled in barbed wire.  10 metres in one direction and 30 metres in the other there were gaps in the barbed wire.  I attach a photo – it is not a pretty sight nor could it have been a pleasant death.”

We asked National Trust for a statement for this article and they replied, “It is not appropriate to comment before our members have had their say.”

National Trust members will have received their AGM voting papers in the post and can complete these and return via the post or vote online by Friday 12 October.

The AGM will be taking place in Swindon on 20 October when David will be attending and presenting on his resolution. 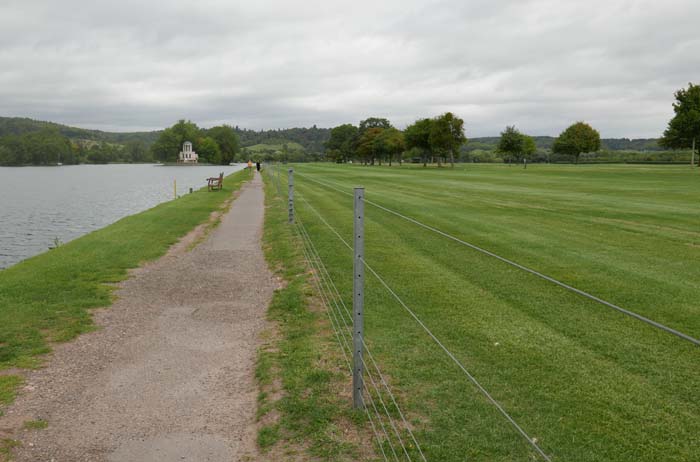