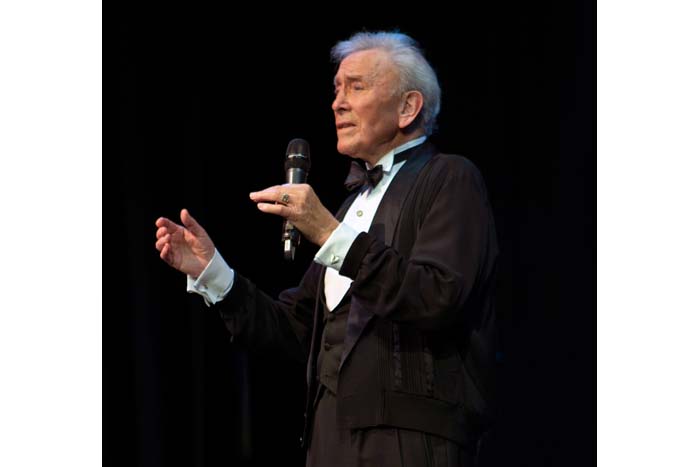 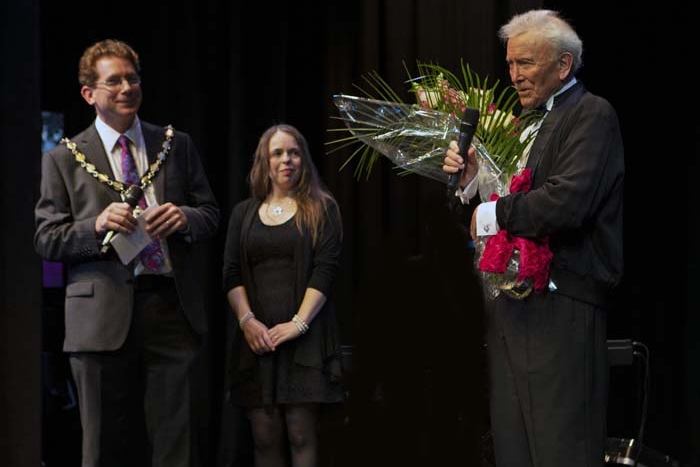 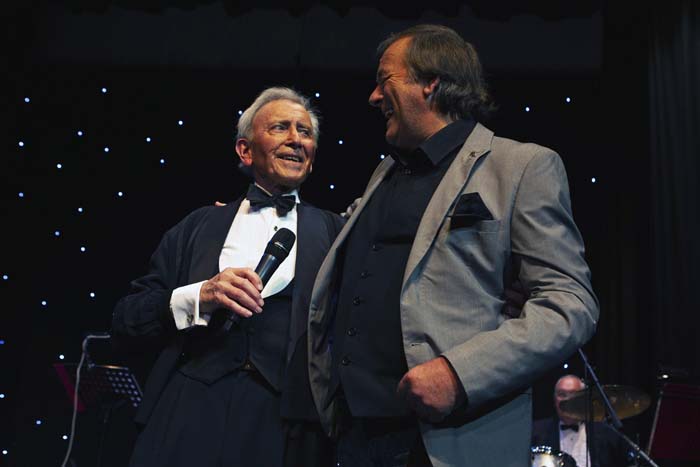 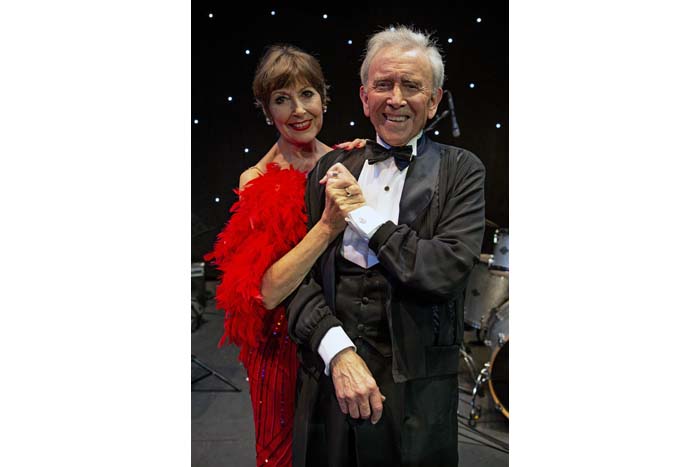 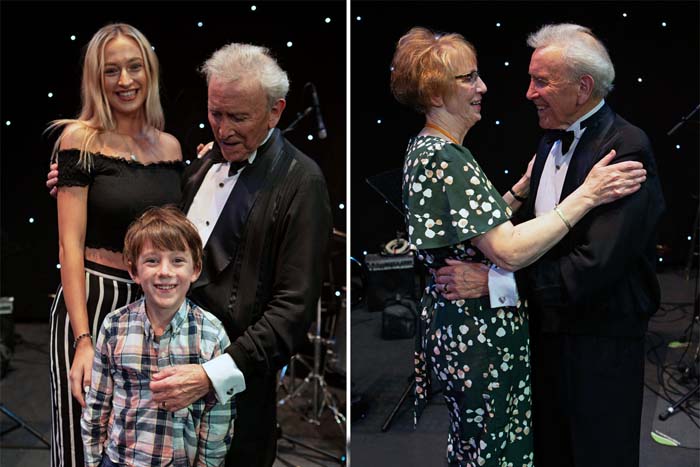 Vince has performed at some of the world’s most prestigious venues including the London Palladium, Royal Albert Hall and Sydney Opera House.  On why he chose the Kenton he replied, “I deliberately chose the Kenton for the show as I’m a Henley lad after 35 years.  It was a big night as I hadn’t performed in over 4 years. There was no better place for it and I was thrilled to do in front of the local crowd and it was lovely that I knew quite a lot of the audience.”

The evening started with Vince being interviewed by Jon Ryan, co-founder of the Henley Literary Festival.   He asked Vince about his favourite recording studio Abbey Road Studios where he recorded more times than the Beatles, how Edelweiss became such a hit and his highly successful entertainment series They Sold a Million and The Musical Time Machine. Afterwards a video clip was shown of his favourite TV show performance of a medley from the musical The Man from La Manca.  The clip showed a dramatic finale of The Impossible Dream with Vince belting out a long end note.

Vince also recalled funny stories of the times when he was honoured in 1976 for This is Your Life when his wife had to get him to stop gardening at his home and get him to go to London and performing You’re The Top for Princess Margaret many times and once suggesting he sing another song from Mack and Mable with the Princess replying, “I hate it!”

After the interval Vince sang a set of his favourite songs and hits which included Make Someone Happy, This is all I Ask, Roses of Picardy, a duet of Smile with Anita Harris and of course Edelweiss.  It was lovely to see the wonderful chemistry between Anita and Vince that saw them joking with each other during the song.  After the very apt encore of The Show is Over Now and If I Never Sing Another and one of three standing ovations of the night everyone thought the show was over.  Vince however had a surprise up his sleeve which he hadn’t told anyone.  He performed a very emotional I’ll be Seeing You as a special tribute to his late wife, Annie of 60 years who lost her life to Pulmonary Fibrosis a few years ago.  The show raised £1528.50 which will be shared between LEUKA, a specialist leukaemia charity and Sue Ryder.

There was a surprise for Vince too afterwards when Henley Mayor, Councillor Glen Lambert and his wife Anna presented him with some flowers and the Mayor honoured and thanked him for his contribution to the town and local charities. Glen said, “Vince I couldn’t let you go tonight without paying tribute to your illustrious career as a TV star and singer. For over 55 years you have entertained us all and we thank you for sharing this very special final farewell night with us all in Henley.  For over 30 years Vince you and your late wife Annie have called Henley your home and we thank you sincerely for the warm and generous contribution you have made to our local community through your entertainment and charity work.” Stand-up comedian Duncan Norvelle also surprised Vince had the end of the show by coming up on stage to reunite with his showbiz pal. The two joked and made impressions together as Duncan paid tribute to his friend. “Asked about the Mayor’s special words afterwards Vince replied, “I was very surprised and proud to receive the Mayor’s thanks.  I do my bit where I can.  I think I sang at the Mayor’s Over 60s party for 10 years and would like to continue to help the community and charities.”

Looking back on the night, Vince commented, “I was a bit nervous and worried beforehand as I have had a bit of tickly cough but it was beautiful and high pitched once it all started.  I suppose the highlight was performing Annie’s song at the end.  I nearly bottled it but I got through it.  It was an unforgettable night and one that didn’t finish until 2am after the after-party at Asiana Spice with 30 friends!”

Vince might not be hanging up his mic for good.  Last month he was invited to perform on a cruise ship with other performers from the Palladium.  He said, “It was fun and good to see some old friends.  It might be something I do in the future if I was asked.  I’m looking forward to having some more free time and perhaps writing a few songs which I haven’t done in a long time.”

Photos by Mike Prior