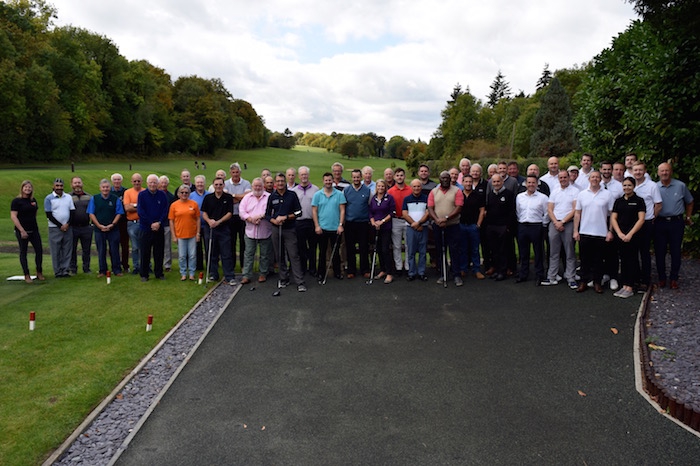 The Henley Golf Club had more than just a round of golf in store on Wednesday (3 October) as they welcomed back the Nasio Trust. After last year’s triumphant success, the Chalgrove-based charity returned to the course for a few philanthropic rounds of the game (and perhaps a few drinks, too). More than just a good excuse to get out of the office on a Wednesday, the event raised a fantastic £1625 for the charity.

The Nasio Trust, founded in 2001 by Jonathan and Nancy Hunt, supports communities in Western Kenya by providing education, improving health, and encouraging independence. Aiming to break the poverty cycle, the Trust has established a number of income generation projects, hoping to build a society that can one day support itself. A huge focus for the charity has also been fighting disease within the community. In 2016, a new medical centre was opened in the Musanda community, which the proceeds from the charity golf day will go towards. Louise Russell, who represented the Nasio Trust at the event, explained, “We’re raising money to get the malaria prevention treatment; a lot of the children get very sick from malaria and unfortunately then die, which is completely needless because there’s so many treatments now that the children can have. The medical centre has been fully equipped with malarial prevention treatments for the children ahead of the rainy season, and the funds from today will go entirely to that.”

The event was organised by local philanthropist, Emma-Lerche Thompson, the Supporter Relations Manager for the Nasio Trust, and sponsored by Expert Wealth Management (Jonathan Hunt’s company). Competitors were split into 15 teams for the day, battling it out on the scenic course before the reward of a delicious lunch. As they replenished their energy, the keen golfers had chance to win once again with the raffle draw and silent auction. Sales of raffle tickets soared, everyone keen to get their hands on the bumper bags of chocolate and bottles of booze. Also up for grabs were tickets to see Madness in concert, tennis tickets, and a luxurious three course meal at home from a personal chef! Perhaps the most poignant prize was the six day volunteering experience with the Trust in Kenya – “which we recommend everyone should do in their lifetime,” said Louise.

For a second year, the Nasio Trust gave golfers at Henley something special to walk the course for. Though only one could win the competition, everyone involved could leave feeling proud of the valuable contribution they gave to the charity.