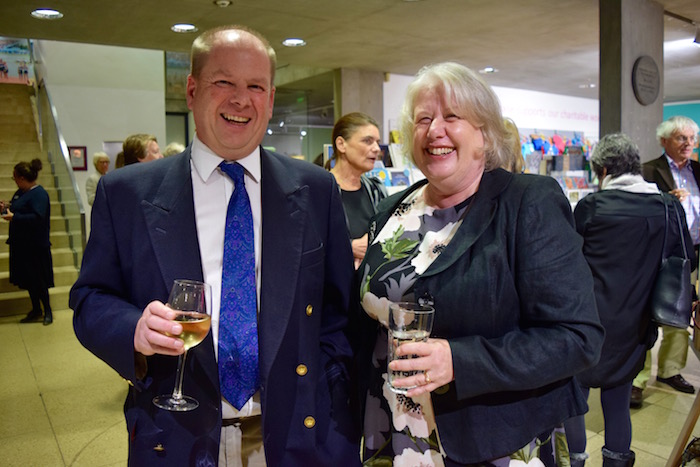 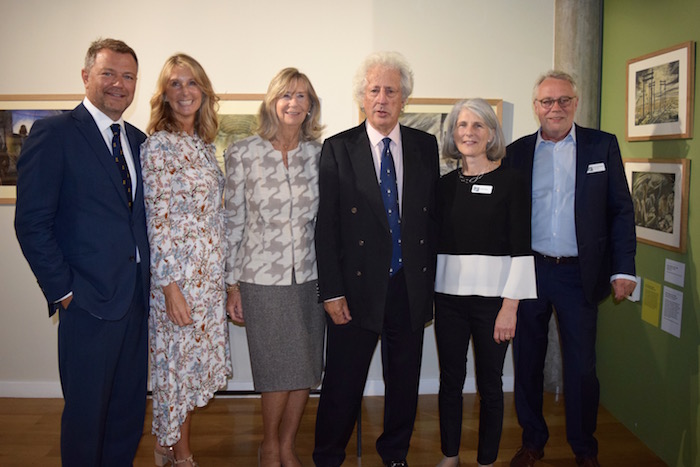 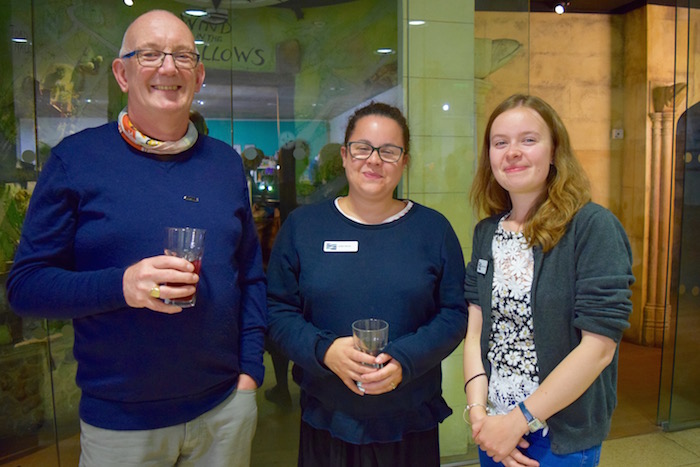 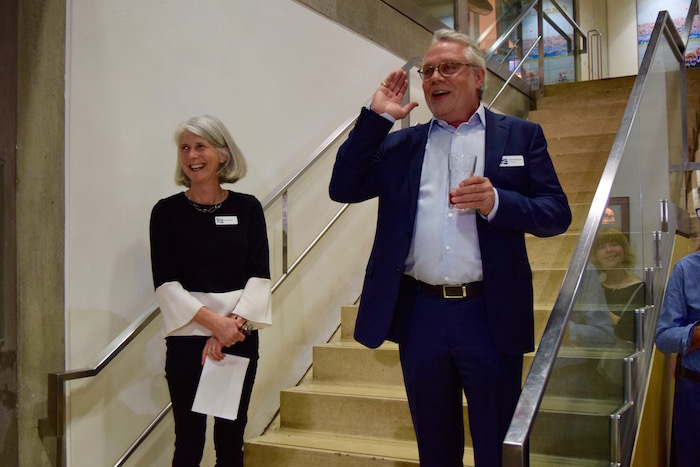 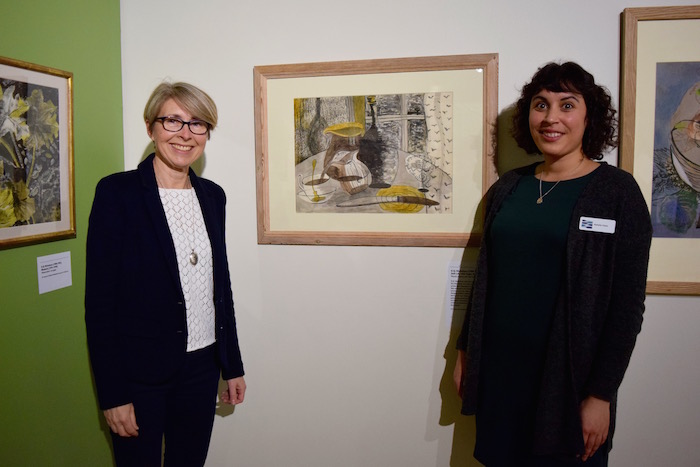 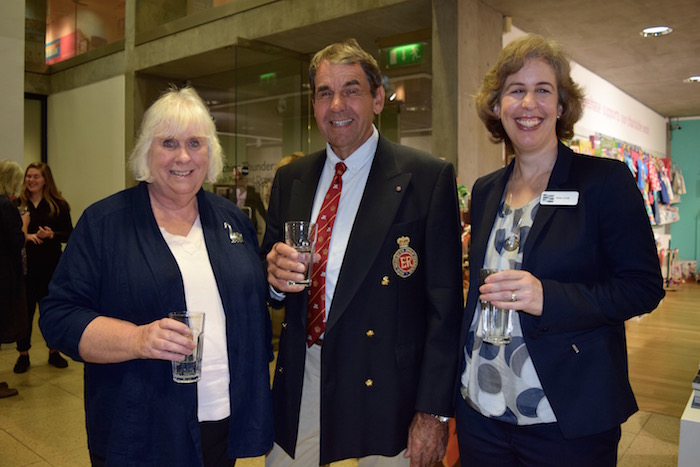 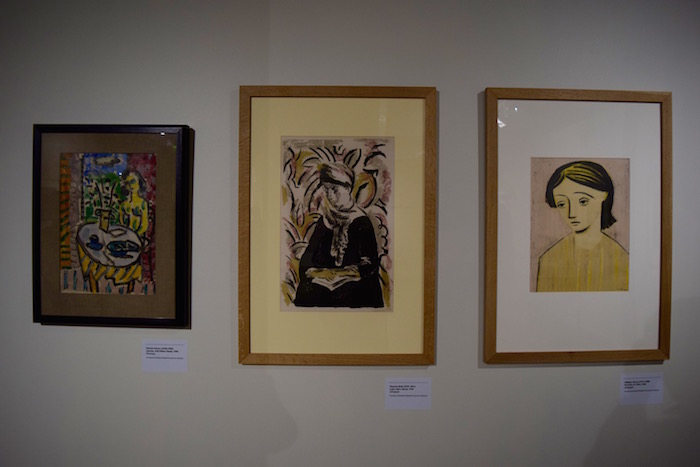 The River & Rowing Museum celebrated its 20th birthday last week at the opening of their new gallery, ‘Approaching Thunder: 1940s Prints & Drawings’. To mark its incredible journey so far, the museum has also compiled an exhibition chronicling the significant moments in it’s two decades of life. An integral and treasured part of the Henley community, the museum has seen 1.8 million guests pass through its doors since opening in 1998.

In its 20 years, the River & Rowing Museum has set itself apart as a place of exceptional quality, earning itself a place amongst the Times’ Top Museums in the World. Exhibitions such as the newly opened ‘Approaching Thunder’ are a testament to the museum’s ability to constantly find fresh and interesting material, drawing in new and familiar faces alike. ‘Approaching Thunder: 1940s Prints & Drawings’, which runs from 5 October to 13 January 2019, brings together an outstanding collection of art from the Hepworth Wakefield. Reflecting the austerity and devastation of WWII, the exhibition is a haunting depiction of life in Britain during this time.

Natalie Patel, Head of Collections & Exhibitions, said, “We’re really thrilled that we’re bringing some great art to Henley. We’ve got some amazing modern British artists from Henry Moore to Vanessa Bell, Graham Sutherland and John Piper – our local favourite artist ever. The exhibition is really quite dark in subject matter, tone, colour as well, but a really fascinating and emotional insight into what it was like to live during the war and post war period in Britain.” In true RRM fashion, the exhibition offers plenty of opportunity for interaction, encouraging young visitors to take an interest. From activity sheets and drawings to dressing up in evacuee clothing, the museum once again proves its popularity with such a broad range of ages. Helen Cook, Head of Learning at the Museum, explained, “What we’re trying to do at the moment is really try to make our exhibitions accessible to everybody. We don’t want people coming in and thinking this isn’t for me, so we’re really trying to make sure there’s something for everyone. We’re now 20 years old, we’re looking forward to the next 5 years, we’re working on our forward plan and we’re really thinking about our audiences, our themes, what we’re all about, and it’s really exciting.”

The second feature to have recently opened at the museum is the anniversary exhibition, ‘Happy Birthday! The River & Rowing Museum Turns 20’. Running from 8 September to 28 October, it reflects on the museum’s creation, growth, and significant moments throughout its history. Many of those who shared their stories were present on Thursday, taking a proud moment to recognise the museum’s success. Natalie Patel commented, “It’s been really fascinating to piece together all the history, and learn things that we never knew before, such as it only started with four objects in its entire collection, and memories from everyone from the first ever exhibition. Pat Jordan Evans from the Bohun Gallery showed the Queen around. Andrew Adams (3D Marine) has given us amazing memories of getting Eva, the boat in the Henley gallery, right in there, and all the cranes and the logistics to make something almost impossible, possible. It’s been really great to get all of those memories together.”

As any good celebration demands a speech, both the museum’s Chairman, David Worthington, and recently appointed Director, Sarah Posey, took the time to remark on the museum’s achievement. Sarah Posey disclosed, “Arriving as the Director here in 2018 provides the perfect opportunity to reflect on the 20 years, and the inspirational story of its inception and development. It was a very bold and audacious vision, and an enormous amount of energy created this special place. It’s been fascinating meeting a few of the people from those early days. It’s also a chance to think about the future.”

David Worthington added, “Here is a museum, the first ever employee explained to me, that was almost the beginning of independent museums being funded, and it set a benchmark for that.”

The River & Rowing Museum certainly has no intention of slowing down, with the focus now very much on how they move forward. The anniversary exhibition features a feedback area, inviting visitors to comment on what they would like to see next from the museum. Plans for the 21st year are already underway, with undoubtedly more excitement to come as it reaches its quarter century. Growing from strength to strength, the River & Rowing Museum is undeniably a jewel in the Henley crown. It’s well worth a visit to discover its delightful tale — from past, to present, and then future!