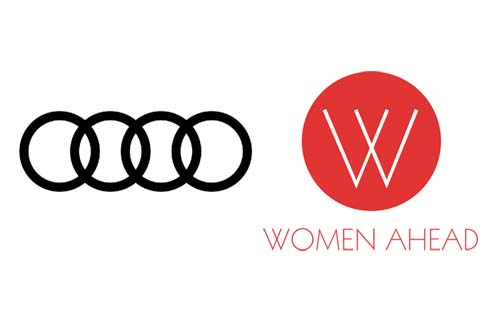 Women Ahead, a Henley based company is pleased to announce its partnership with Audi Australia to launch a new cross-company mentoring scheme in Sydney.

The company set up in 2014 by Liz Dimmock works with organisations to support more women into senior management and leadership roles. They have worked with more than 150 organisations including BT, Cisco, Google, Warner Music, Deloitte and Ricoh.

The new collaboration with Audi aims to ‘balance the pyramid’ at all levels by facilitating and encouraging the development of strong female talent in some of the best organisations in Australia. The scheme, which is Women Ahead’s first in Australia, will match male and female leaders to mentor women from a cross-section of different organisations.

The partnership forms part of Audi Australia’s #DriveProgress initiative. Supporting high-potential women from multiple organisations, including the Audi Australia team, the programme will support cross-company mentoring and provide guidance, tools and reflection, with the end goal of increasing the number of females in senior roles. Individuals will be empowered to explore outside the automotive industry and beyond their current environments to bolster their personal development and experience.

Audi Australia will be partnering with like-minded organisations to launch the scheme. Each organisation will be involved in a strategic selection of mentors and mentees and from there, the nine-month mentoring programme will continue with a series of learning and networking events. The scheme will kick off on the 29 November with a special showcase event, at Audi Australia HQ in Sydney.

Liz Dimmock, Founder and CEO at Women Ahead, said:

“Women Ahead is delighted to be partnering with Audi Australia and supporting their #DriveProgress campaign. The Women Ahead cross-company mentoring scheme provides a positive platform for organisations across all sectors to take practical action to create tangible change.”

“Audi sees great value in our partnership with Women Ahead, to generate positive change in an industry which has traditionally been male-dominated. “We see the enrichment of our team – with a growing number of women in senior roles – as a tremendous opportunity for the individuals involved, as well as for the future success of the Audi business in Australia.  We also look forward to collaborating with other like-minded organisations through the Women Ahead programme.”