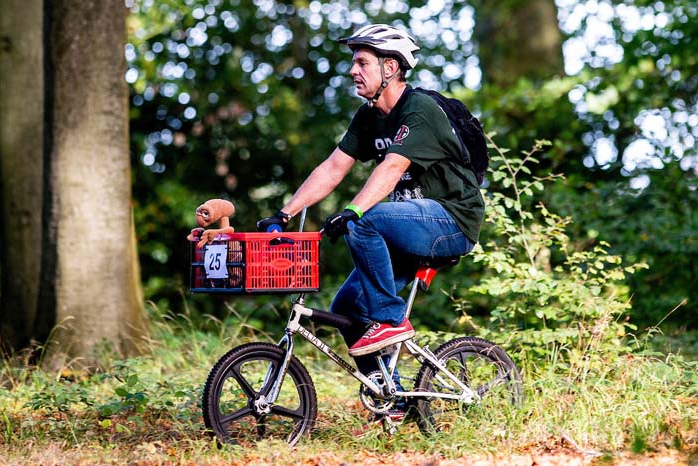 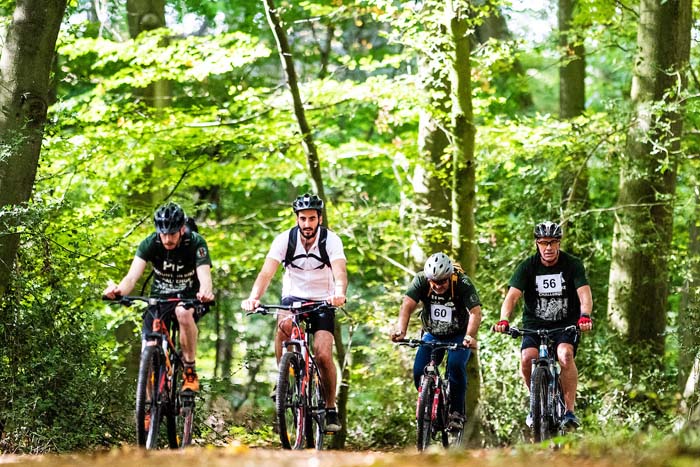 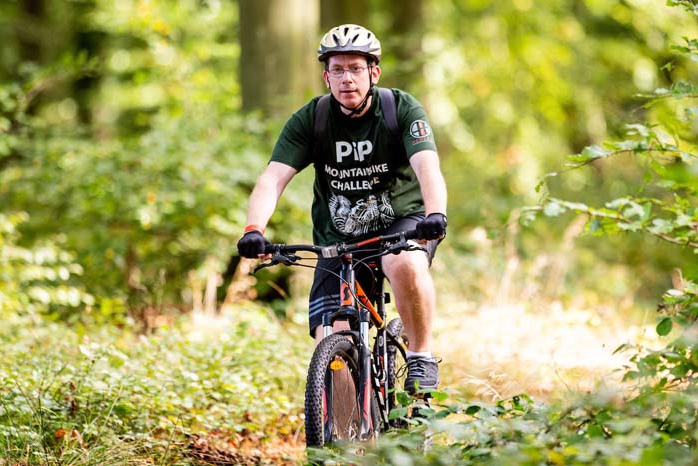 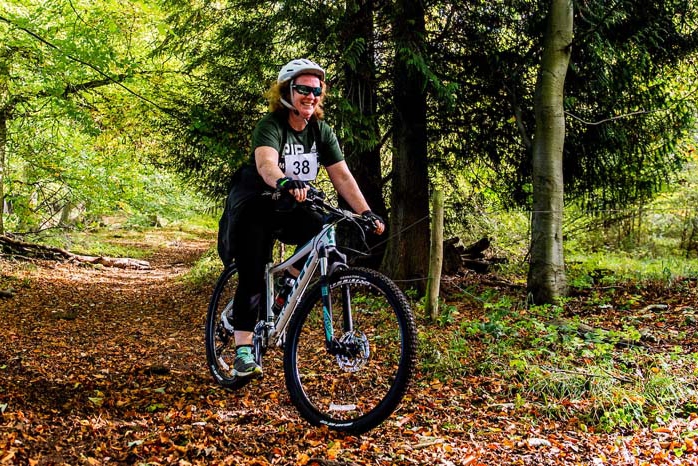 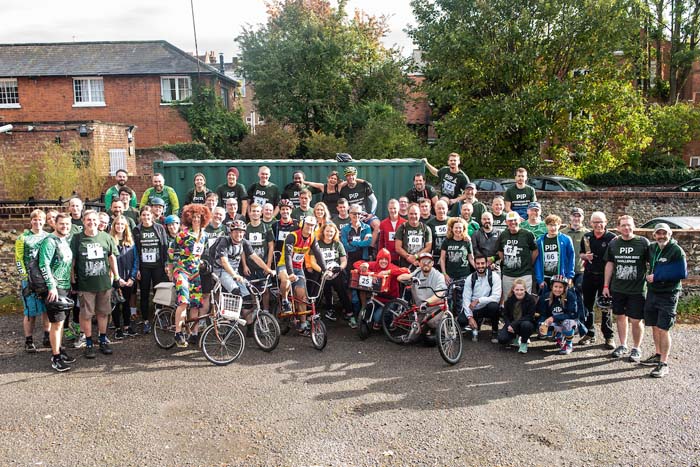 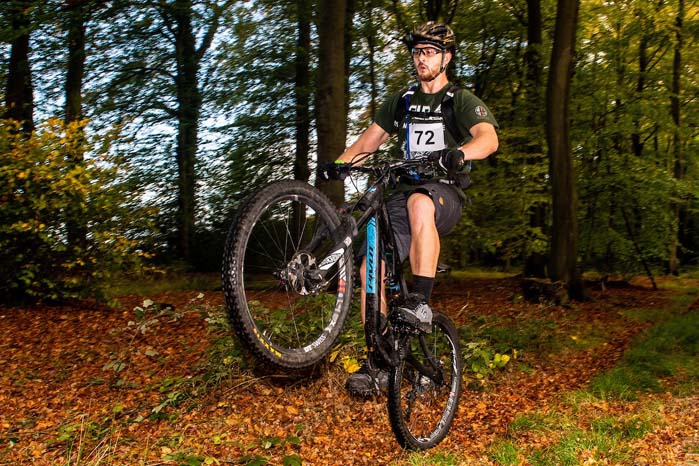 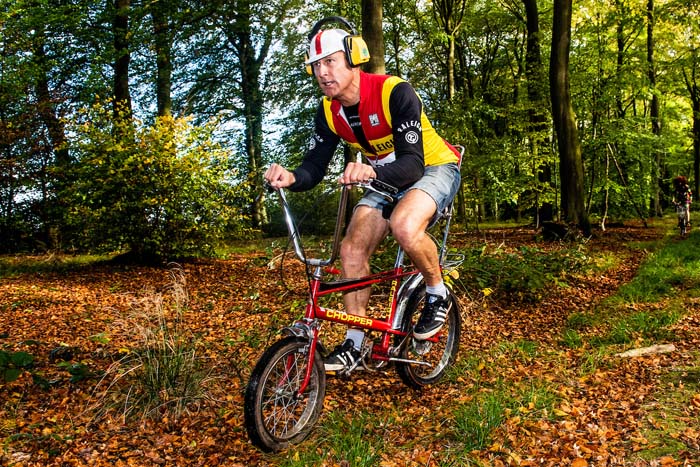 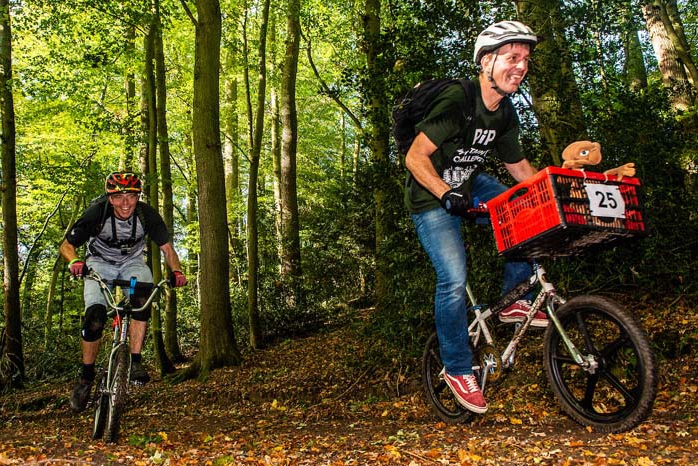 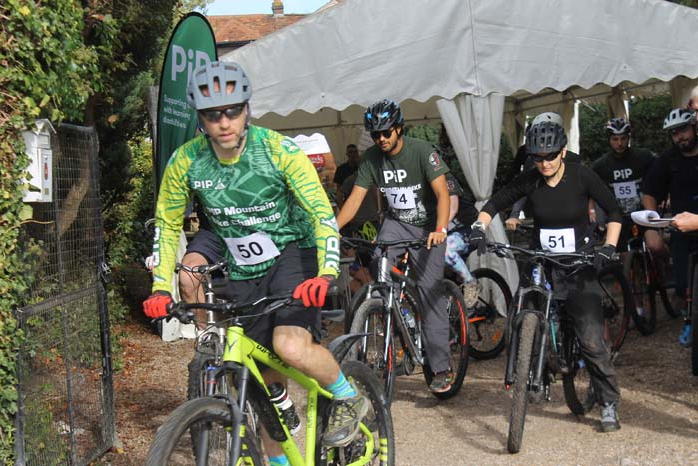 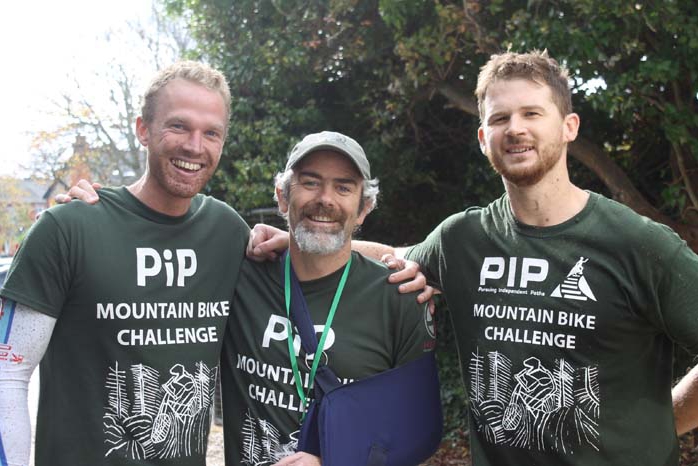 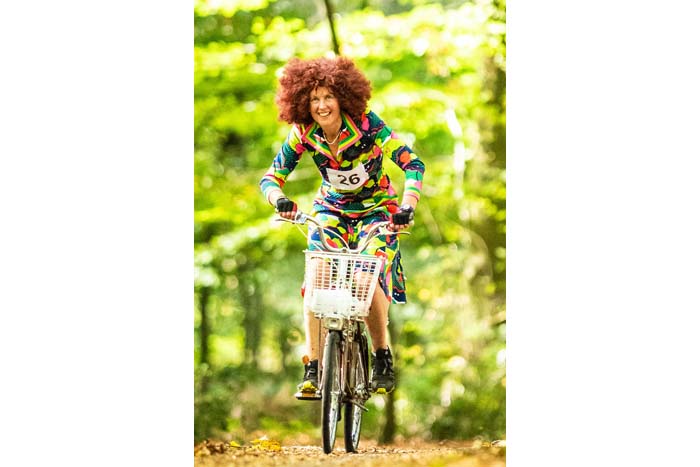 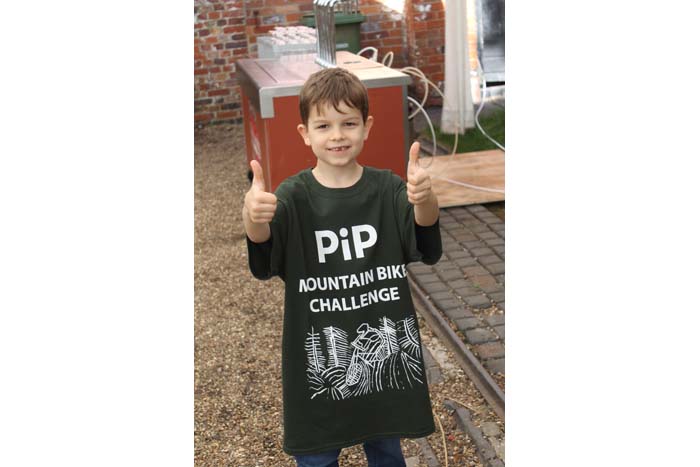 The PIP Mountain Bike Challenge was another huge success again this year with 76 riders completing the 20 mile course through the hilly Chilterns starting and ending at Lovibonds.

The event is organised by local resident Bill Feeney who is Director of PIP (Pursuing Independent Paths) charity which supports adults with learning disabilities to achieve their potential.  Bill was unable to ride this year as during training he fell off his bike and broke his shoulder and collar bone.  Henley Mayor, Councillor Glen Lambert stepped up to the ‘pedal’ on Wednesday last week to ride in Bill’s place.

Glen completed the course in 2 hours 38, including a refreshment break said, “They don’t call it the Mountain Bike Challenge without good reason, some of the hills are really tough! I was very tired and sore by the time I completed it. I only came off my bike once but landed with such grace and style that I suffered no injury at all. Most of the riders are local people but the event attracts riders from far and wide who may never have been to Henley before. It’s a great event for the community, a great event for promoting Henley & The Chilterns and, above all, a crucial event for PIP and the people they support. I’m grateful to Bill Feeney for breaking his shoulder and collar bone just so that I could participate, the PIP team who organised a flawless event and also to Jeff Rosenmeier and the guys at Lovibonds for once again surrendering their entire facility, and staff, to the community for a day and lastly to the stewards who spent hours at various points directing the riders and without whose efforts most of us would still be out there.”

First home again was Councillor Laurence Plant in a time of 1:12:43, followed shortly by Sam Arthur who last year rode the course on a BMX.  Both Laurence and Sam rode the course later for the second time.  Laurence said afterwards, “It was much harder and slower than last year because of the muddy terrain and also big carpets of nut kernels which were really difficult to ride through but it was still awesome!”

Most riders completed the course on a normal mountain bike, others decided to give themselves an extra challenge…

Darryl Grant, Jeff Rosenmeier and Jack Meek joined together to recreate the chase scene from the 1982 movie ET, all completing the course on BMX bikes. This was the first time for Darryl to ride the course.  He said, “I’ve missed the event for one reason or another. This year I was determined to do it. I ride mountain bikes most weekends around this kind of distance so figured no one would sponsor me to cover the 20 off road miles. After a few beers at Lovis, me, Bill Feeney, Jack Meek and Jeff Rosenmeier came up with the idea of attempting to recreate the BMX bike chase scene from the 1982 movie E.T. So after a lot of personal expense on ebay we managed to get ourselves the bikes and similar outfits needed. The ride was awesome, very hard work riding on the kids bikes but a really good laugh. I raised over £900 for PIP which I never would of got anywhere near on my regular bike. My thanks go out to all my supporters and sponsors. It was really worth the effort and is a memory I will treasure. Thank you PiP.”

Good friends, Victoria Morgan and Matt Richardson were riding the challenge for the first time too.  Matt who is renowned for his Chopper Bike challenges, was joined by Victoria on an equally challenging vintage Raleigh Shopper bike.

Victoria said, “We both got round without a crash or a puncture, and as it wasn’t a race, we went as fast we could. The Sturmey Archer 3 speed gearing is not well suited to this terrain, nor are these bikes’ appalling tyres, tremendous weights of their frames and general appalling handling on normal roads, let alone gravel, mud and grass and the Chiltern’s finest ups and downs. But with every single marshalling point manned by smiling support and the sun shining, it just didn’t matter! We belted around and Matt’s selfless support made me the first woman home. We’re delighted that many have seen fit to support us, and most importantly, to support PiP. Adults with learning disabilities do harder things than this, every day. Living in a world surrounded by people without such difficulties is relentless. On this ride, we handicapped ourselves with our unsuitable bikes, but we can choose to get off them.”

Matt said, “I entered the event because I support both the charity and Lovibonds as a local business. About a week before the event, although she’d indicated she might, Victoria said she might not after all ride the course on her vintage Raleigh Shopper. I responded to the effect that if she didn’t, I’d have to ride it on my vintage Raleigh Chopper and so we came to a compromise: Victoria would ride the course on her Shopper if I rode it on the Chopper. Having agreed to do this only two days before the event I was then very nervous. Not only have I never participated in a mountain bike event before, I’ve never done any mountain biking at all. It meant that I had no idea whether or not it was possible to ride the course on my 20kg (about twice the weight of a modern bicycle) Raleigh Chopper with only three, broadly similar, gears. As things turned out, although it was very challenging, both the Shopper and the Chopper made it round the course more or less intact, although the pedal pressure required to wrestle them up the steeper hills meant the cranks were nearly ripped off and will certainly need some attention before they can be ridden again. If the climbs were harrowing, the descents were even more frightening. Heavy steel machines with wet, largely ineffective brakes are not conducive to confidence and I had constantly to calculate the best place to throw myself from the bike if control was lost completely. It all ended well, however. The event was superbly organised and I’d like to thank everyone who helped the riders and who sponsored us. It’s not too late if you’d like to help adults with learning disabilities.”

Afterwards all the riders enjoyed a few pints of Lovibonds and food provided by Adrian Sterjo who is a friend of Bill and provided his time for free.

Bill said, “It was perfect conditions after the rain cleared in the morning before everyone left.  I’d like to thank everyone for taking part and all the volunteers (over 50) including my Dad who flew from the US, Lovibonds, Time Laps for the timing and of course the Mayor for standing in.  We’ve raised over £28,000 and expect that to climb.”

Photos above by Dan Law 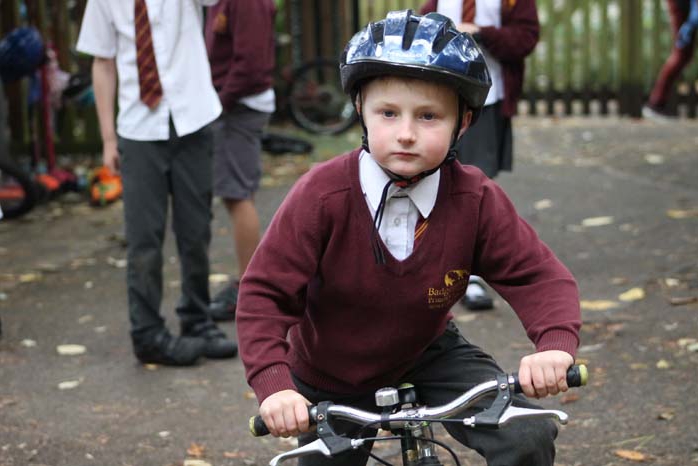 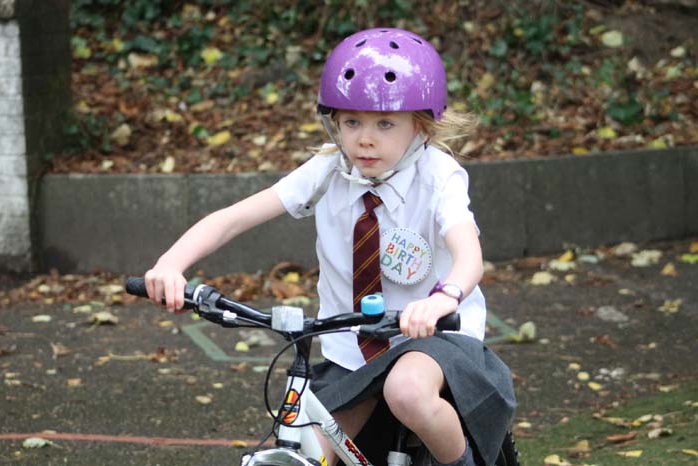 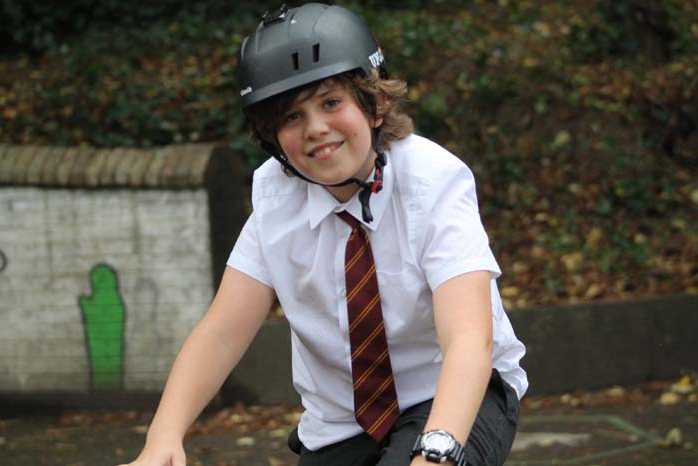 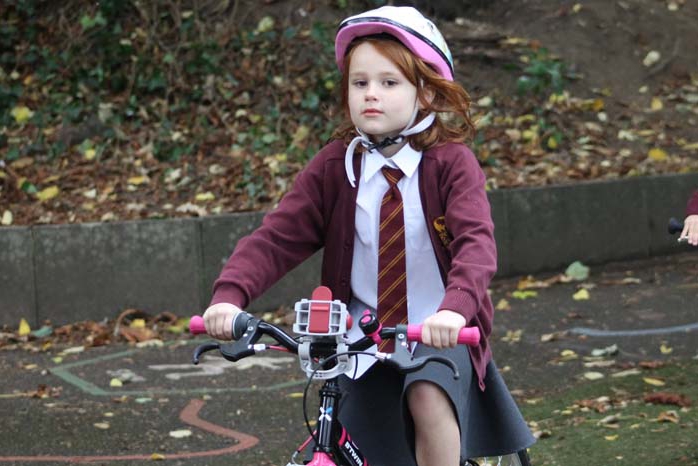 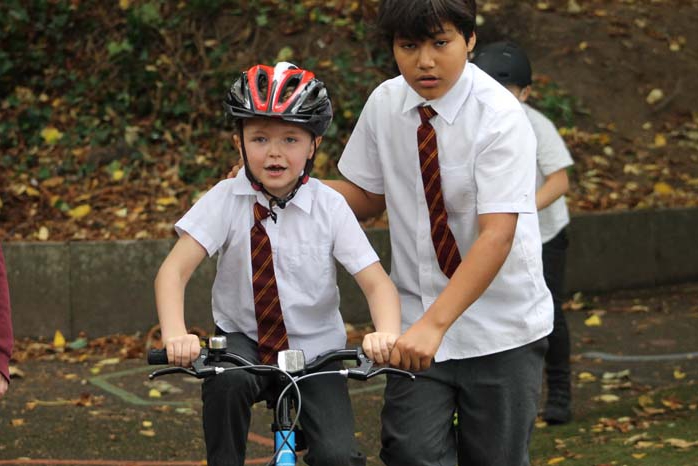 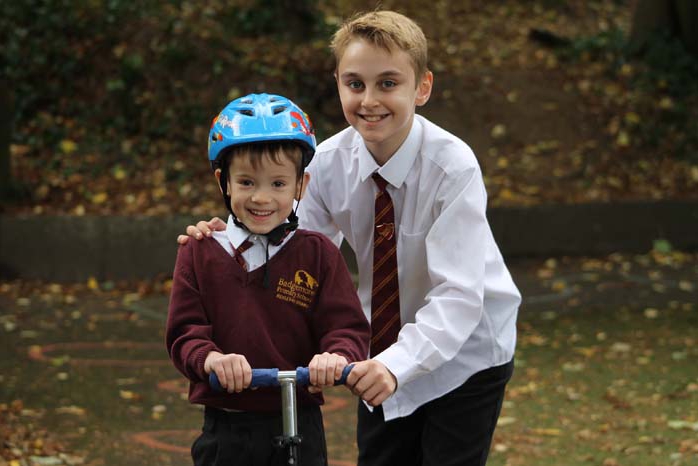 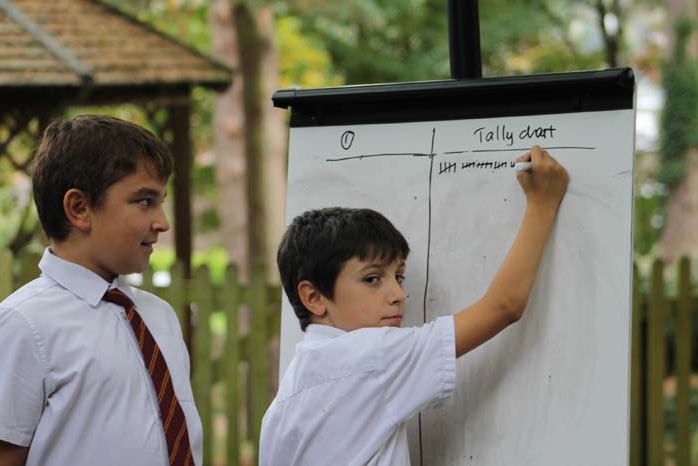 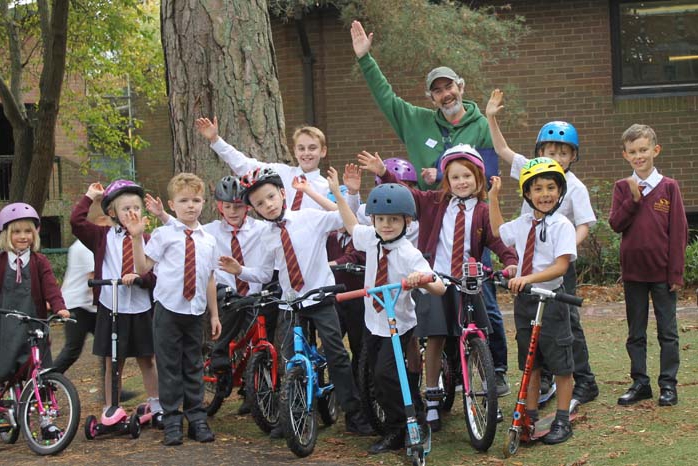 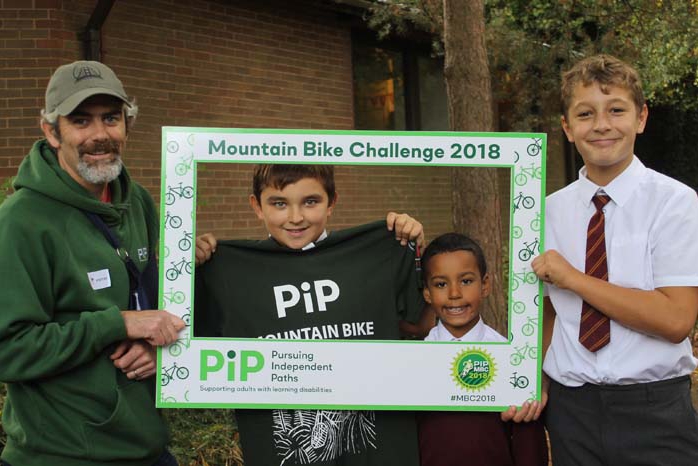 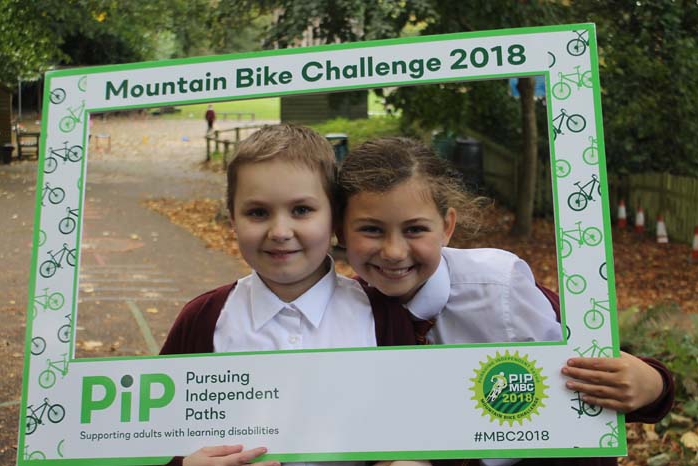 Bill Feeney is a Governor at Badgemore School so the children had their own wheelie challenge around the school grounds again this year last Friday.

Year 6 pupil David Weston and his partner Leo Parks completed 25 laps of the course – the most laps in the school.  Afterwards David was surprised by Bill, when he was presented with a goodie bag containing a PIP mug, Mountain Bike t-shirt and pen as he had raised the most money in the school too (£120).  David said, “I just asked my family and my Dad asked everyone at his work to sponsor me to help people with learning disabilities get back into work.  It’s a really nice surprise and I’ll wear the t-shirt this weekend.”

Headteacher, Marion Arnold said, “We hope to raise £300.  The children have had lots of fun doing it.  It’s lovely to see the older children helping the little children get round the course.”