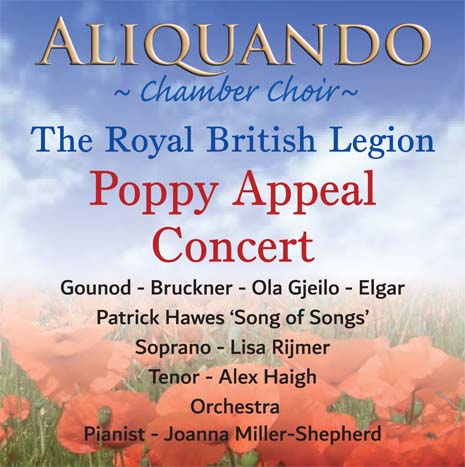 Choral Director, Anne Evans says, “We are delighted that she has accepted our invitation to sing Patrick Hawe’s exquisite ‘Song of Songs’ with the orchestra and Aliquando Choir. Aliquando has been waiting to perform this lovely work ever since Patrick and Elin Manahan Thompson first performed it with us in 2012 in aid of the RNLI. It will certainly be worth waiting for, and I urge all music lovers to come on the 10 November to experience it for themselves – this time for the Royal British Legion, Poppy 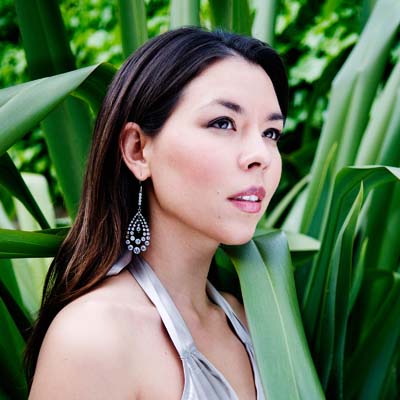 Lisa, was born in Nigeria to Japanese and Dutch parents, she was brought up in Indonesia and Kenya. Settling in the UK she, she obtained an Advanced Postgraduate in Voice, graduating with distinction from Trinity Leban. Amongst her many musical achievements, she was a semi-finalist in the 2009 Handel Singing Competition and formed a profound affinity with the music of Handel and his contemporaries. As a result, she has been involved in numerous concerts and Master-classes throughout Britain and Europe, and most recently performed the Italian Arias from Maurice Greene at the Valetta Baroque Festival with harpsichordist Luke Green.

If that is not enough, she also studied Medical Biochemistry at King’s College London and holds an MSc in Biomedical Research from Imperial College.