It was another hectic Halloween for Henley as kids, grown ups and even pets celebrated the ghostly occasion. Local students got creative with some creepy school projects, whilst both owners and hounds got dressed up for a one of a kind costume competition. 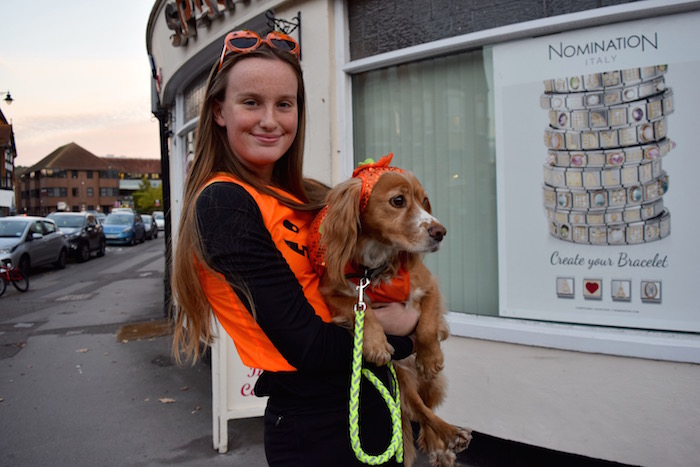 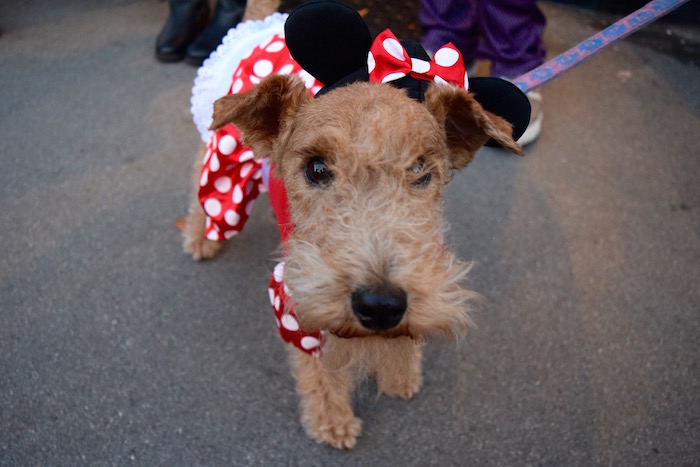 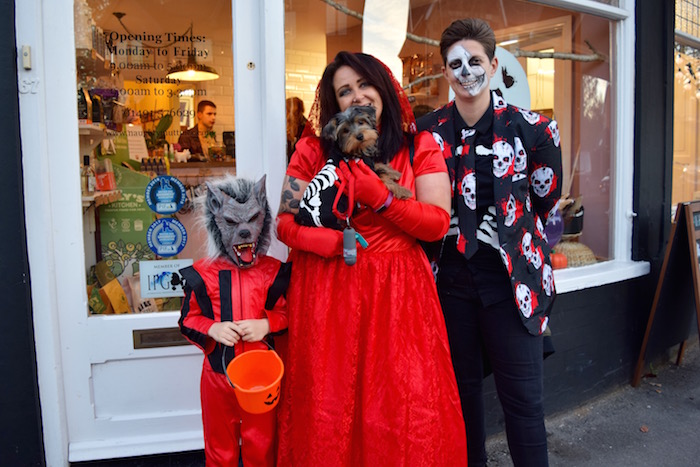 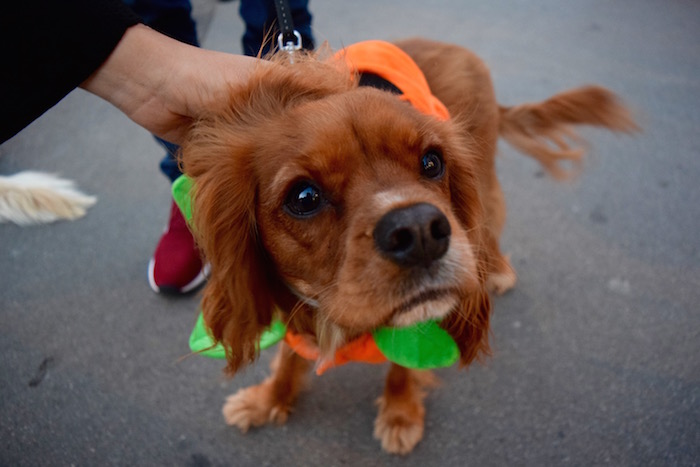 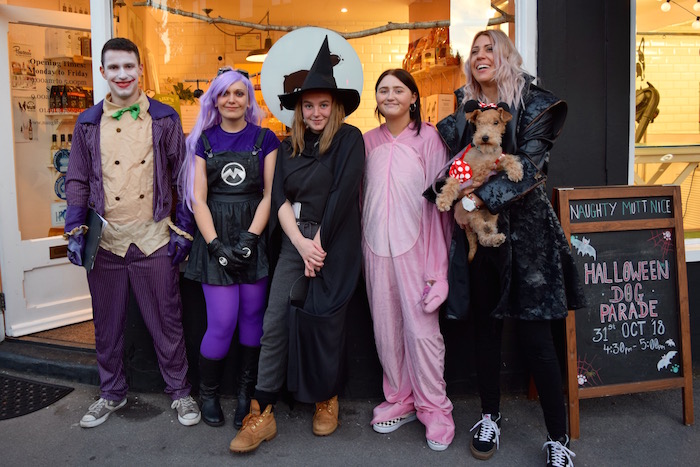 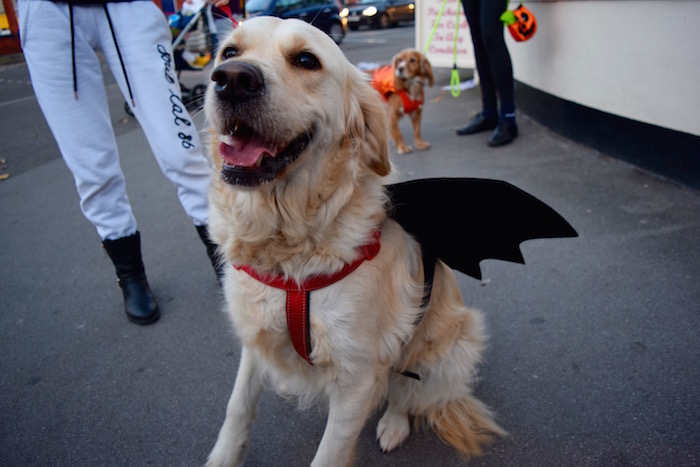 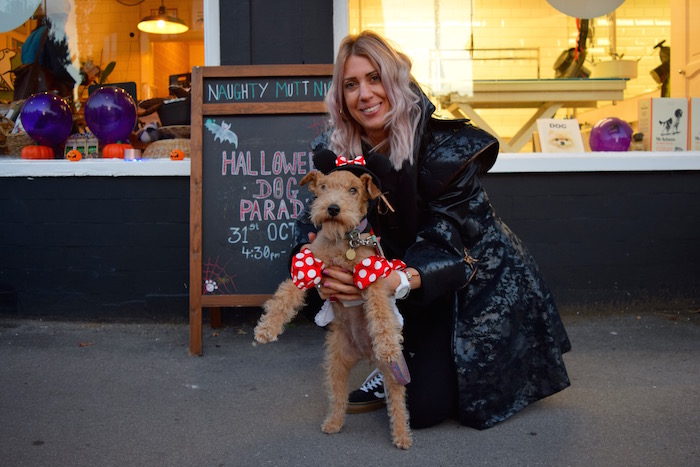 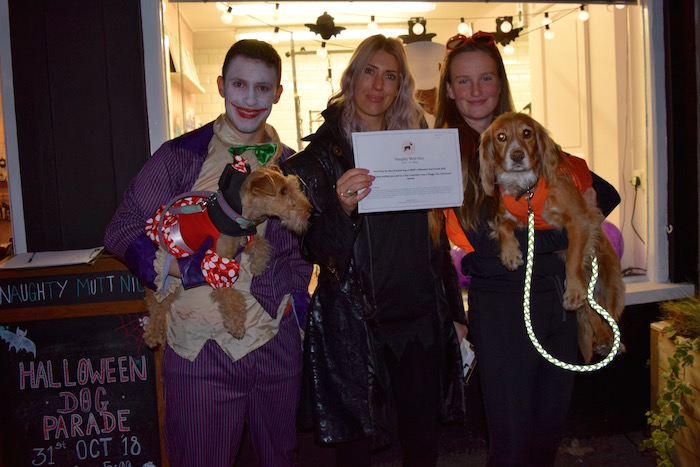 Dog-lovers were in for a treat on Halloween with the return of Naughty Mutt Nice’s Halloween Dog Parade. The annual tradition was a spectacle of spookily dressed pups, all competing for a few Halloween treats of their own.

Pumpkins were a particularly popular costume choice this year, with three dogs donning the bright orange outfits. The smallest pet to take part was Percy the 16 week old Yorkshire terrier, who was dressed as a very cute skeleton. Even Naughty Mutt Nice’s resident dog, Tiggy, got involved, appearing as Minnie Mouse. Karole Robertson, owner of both Tiggy and the business, said, “We look forward to Halloween because we know we’re going to have the Halloween dog parade, which started about 4 or 5 years ago with Aspen. We liked it so much that we carry on every year. It’s so great to see how people get excited and they really show their support. Every year they come and dress their dogs so nicely and bring their kids, so it’s something that’s very special to us.”

The competition was as steep as ever, giving the five person judging panel a challenging choice. In the end, it was Coco the working cocker spaniel who came out on top for her impressively sparkly pumpkin costume. As well as being treated to a full groom and spa treatment for her victory, 6 year old Coco has the ‘trick’ side of Halloween covered too. “She’s a stunt dog, so she does lots of tricks, agility, and we’re just training her in dock diving at the moment,” revealed owner, Claudia Kerry-Roger, who also loves to take Coco running. “She’s very greedy, and this is her least favourite day of the year. She’s in it for the treats.”

James Herring-Mcewen, one of the judges, commented about the winning pup, “It was quite clear that they’d made a real effort with the costume, and it just fitted in so well with the beautiful dog. It pulled together what we feel this night should be.” For the first time this year, there were also prizes for second and third place. Poppy the golden retriever (posing as a bat) scooped third, whilst Ethan’s Percy, the skeletal terrier, claimed second. Both were awarded a Tribal Pet Foods bag, donated by the brand founder, Fatima Maktari (who was also on hand to help in the judging). Every entrant received a goody bag for their efforts, making the Dog Parade thoroughly deserved treat for the Halloween hounds! 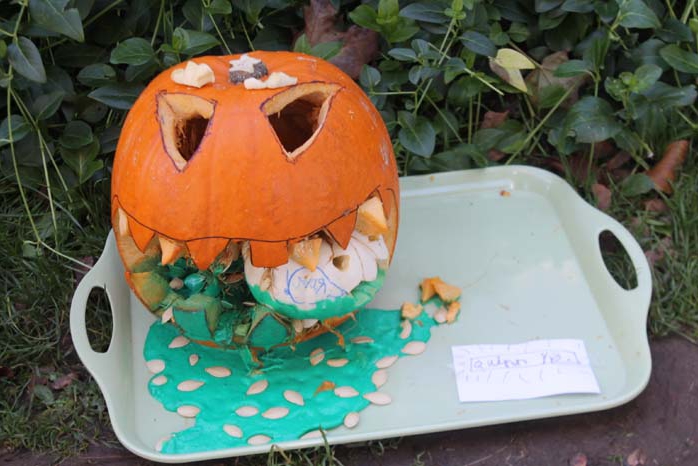 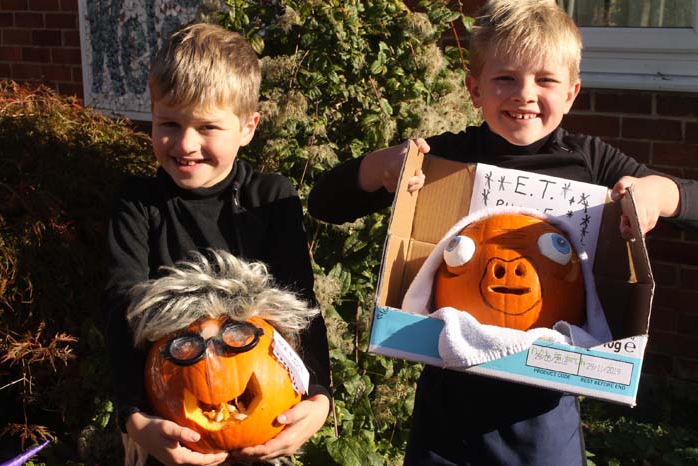 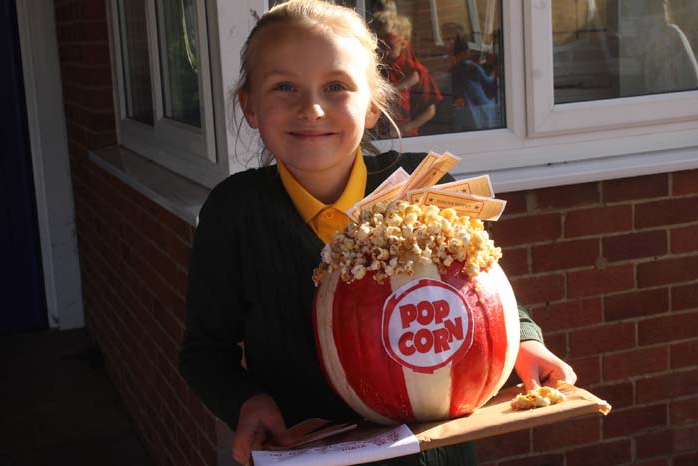 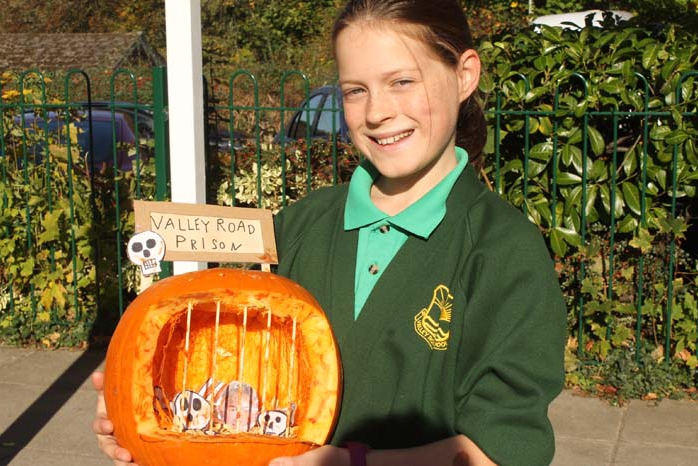 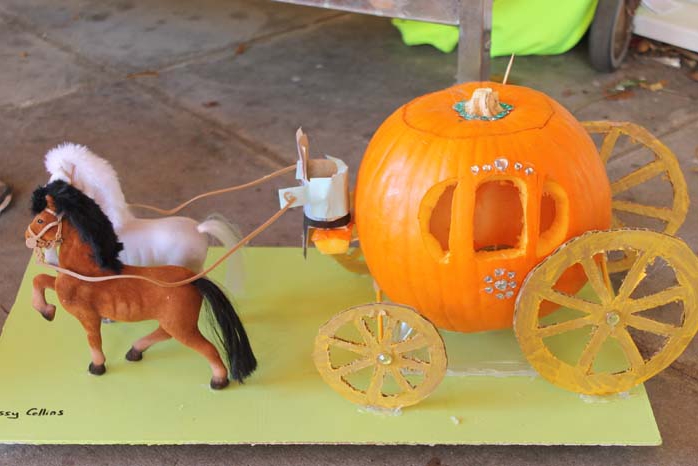 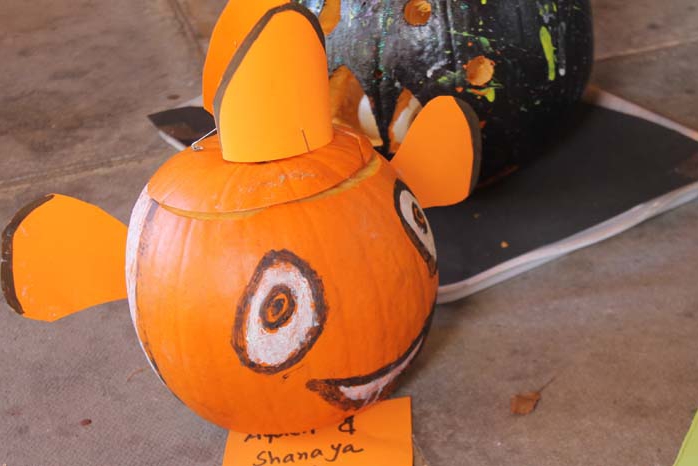 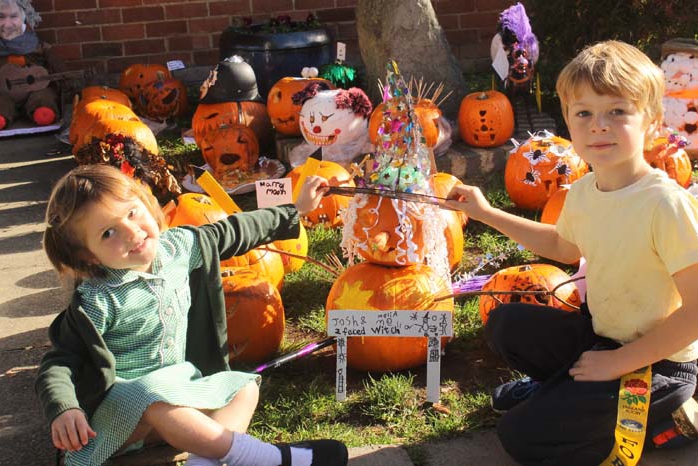 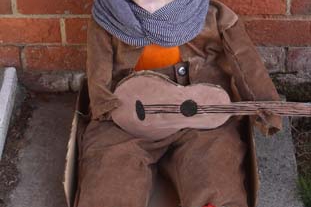 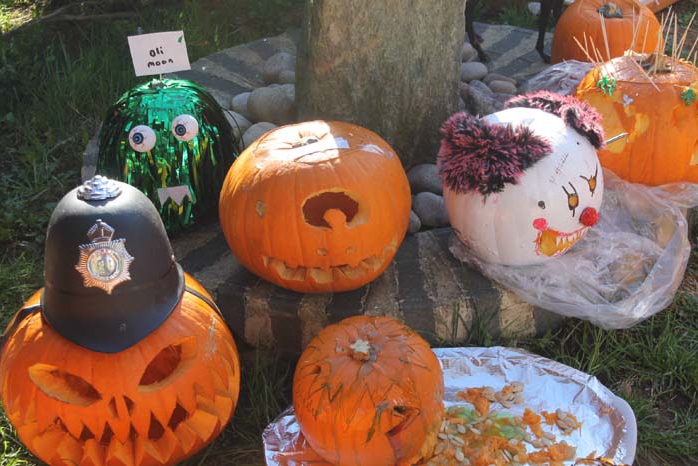 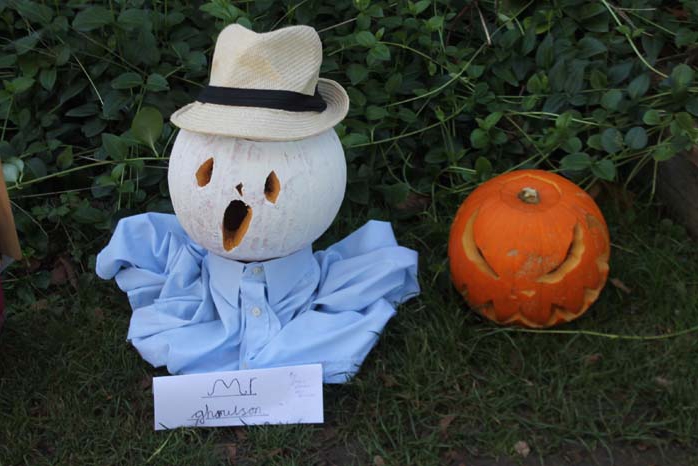 Nemo, ET, Cinderella’s coach and headteacher Mr Coulson along with the traditional witches, monsters and ghouls were all the creative ideas for this year’s Valley Road School popular pumpkin competition.  We particularly liked Joshua and Melia’s witch they made together and the prison with headteacher Mr Coulson inside made by Charlotte Harris who is in Year 6.  Charlotte said, “I didn’t have a set idea to start with but once I’d taken the middle out of it, I made it into a prison.  Asked what Mr Coulson was in prison for, Charlotte said, “For being the most zaniest headteacher!”  Mr Coulson He said, “All the entries again this year are brilliant and it was really difficult to pick the winners.” 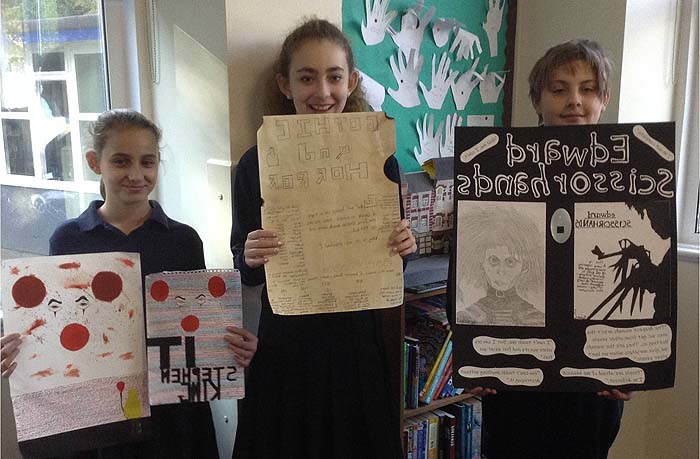 At Gillotts School, Miss Hardy’s Year 8 stunned guests as they showcased a term’s worth of homework in a spooktacular Gothic Gallery. Each student was solely responsible for the creation of their ghoulish projects which ranged from fearsome film trailers to monstrous written masterpieces to one particularly harsh criticism of The Blair Witch Franchise- all inspired by their study of Gothic Literature last term! Each of the 30 children in the class created something original and brilliant and had the confidence to present these wonders to each other and to various visitors from across the school!  Miss Hardy said, “One student even went so far as to have his grandfather help him to build a coffin for his modern remake of Dracula! All in all an incredible achievement and a pleasure to see!”

With pumpkins, pooches and some spine-chilling homework, this year’s Halloween celebrations were nothing short of fangtastic!