A local detective has a case to crack unlike any other in the tense new Sky One challenge show, The Heist. Henley resident George Bradley is one of a crack team of investigators in the series, which asks 10 law-abiding citizens to execute a £250,000 robbery without being caught. If they can pull it off, and avoid capture for 16 days, the civilians get to keep the cash — although not if George has anything to do with it!

George, a Detective with Thames Valley Police, got involved with the TV programme after coming across an advert for detectives on LinkedIn. After passing both a phone 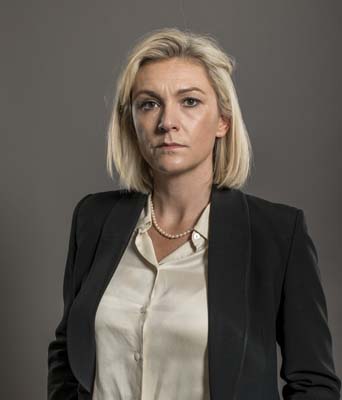 and Skype interview, George was invited to London for a screen test, and asked to make up the show’s investigative team. Filming took place in North Yorkshire over three weeks in May. Geroge recalled, “The best bit about the filming was meeting the team who are incredibly talented people. I loved all the cast and crew and it was exciting to be part of something completely new. The days were long and we had to be mic’d up for over twelve hours a day. So at times I missed home and it was very tiring.”

The show is set to air tonight (Friday 9 November) at 9pm, on Sky One. With a quarter of a million pounds at stake, George reflected that the amateur thieves were impressively tenacious in evading arrest. “The contestants were extremely wily and my favourites were the two girls that I met early on,” she revealed. “The lengths that the contestants went to keep the money was genuinely incredible.”

Though the high stakes on TV are fake, George Bradley has her fair share of policing experience. Having joined the Thames Valley Police in 1998, Georgia moved to Henley in 2004 and was a neighbourhood officer for a year. She then worked for Henley CID for until 2008 before moving to the South Oxfordshire priority crime team. Encountering robberies, arson, assault, drugs, and more, George was part of a team investigating a number of serious crimes. Having successfully convicted several men for a series of over 100 Henley burglaries, her team were given the Shrievalty Award (presented by the Oxon, Bucks and Berks sheriffs) for their achievements.

George is currently on a career break in order to spend more time with her family, but is hoping that she might dust off her detective skills if there’s another season of The Heist. She said, “I would definitely recommend the process to others but I’m hoping that, like Channel 4’s Hunted, I am invited asked back if there is a next series. We had a great team of Detectives with different personalities and skill sets. I hope that we get to stay together!”

Will George and her determined detective team manage to track down the thieves? Or will the first-time bandits walk away with £25k each? Tune into Sky One’s The Heist, on 9th November at 9pm, to find out!

The Henley Herald website provides an up-to-date and unbiased digital news service for
Henley-on-Thames
Henley Food Blog: It’s the Most Wonderful Time of the Year – Henley...