On the 11th hour, 11th day and 11th month 100 years after the end of WW1 was declared, Henley marked the occasion with a fitting armistice centenary remembrance service and parade.

Before the service started, a recording made by Gillotts School students who read out the names and ages of Henley serviceman who died in WW1 was played.  The recording was made in 2014 as part of the Henley Lest We Forget project.

Reverend Jeremy Tayler of St Mary’s Church led the service which saw two aerial fly pasts.  The first was a Chinook and Puma helicopters from RAF Benson and the second was a specially commissioned WW1 fly past of a Sopwith Triplane, SE5  and a German Fokker Triplane by the Bremont Great War Display which was sponsored by Wilkins of Henley, David Eggleton and the Royal British Legion.

The service was attended by civic dignitaries, ex-servicemen and women, members of the Royal British Legion, members of local armed forces regular and reserve units, military cadet forces and youth organisations including the Beavers, Cubs, Scouts, Guides and Brownies, as well as families and people from all over the Henley community who completely filled Market Place.

Henley Mayor, Councillor Glen Lambert in his address said, “Indeed, 100 years to the day from the Armistice that brought the Great War to an end, peace remains elusive in many parts of our world. We gather here today to remember all those who died, who were wounded or captured and for their dependants. It is distressing that, 100 years on, we still do not know the final death toll for WW1.”

“This year, to commemorate the 100th anniversary, a new Memorial Plaque has been installed next to Townlands Memorial Hospital which lists all 312 soldiers from Henley and the surrounding villages who lost their lives in the Great War, a commemorative tree has been planted at Northfield End and we have organised a flypast of three World War 1 aircraft.”

“Finally, on behalf of our town, I would like to thank Mike Willoughby who has spent many years researching those from Henley and the surrounding villages who gave their lives in World War 1. His book, “Bringing them Home”, includes background information on each of the fallen and serves as perhaps the finest memorial we have.”

On the hour, The Last Post was sounded followed by two minutes’ silence and then The Reveille being played.

Brigadier Malcolm Page read the Kohima Epitah and the Mayor’s Cadet, Charlotte Searles read two readings from the bible about peace.   The hymns during the service were God is our Strength and Refuge and I Vow To Thee, My Country.

Wreaths of remembrance poppies were laid on the Town Hall steps by civic dignitaries, veterans, members of the community groups, charities and youth organisations and afterwards the uniformed members of the parade did a March Past around Market Place.

Battle is Over – Beacon Lighting 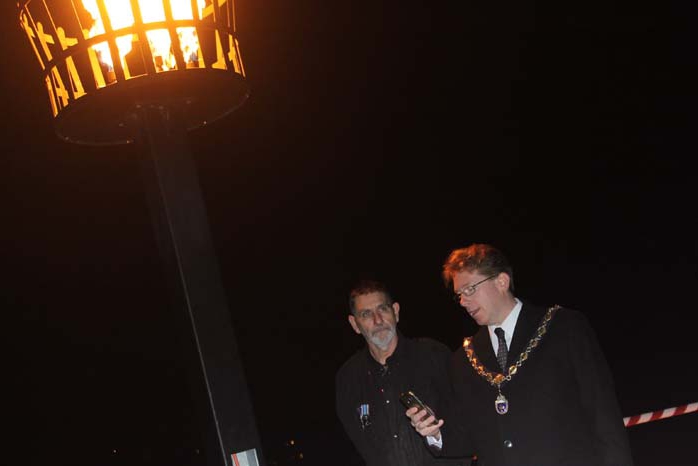 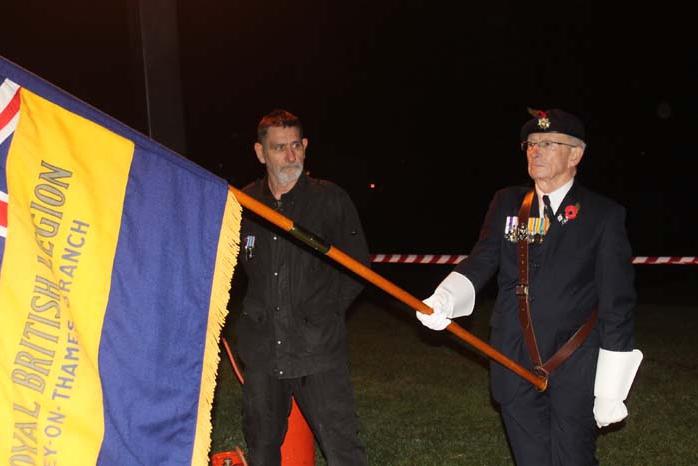 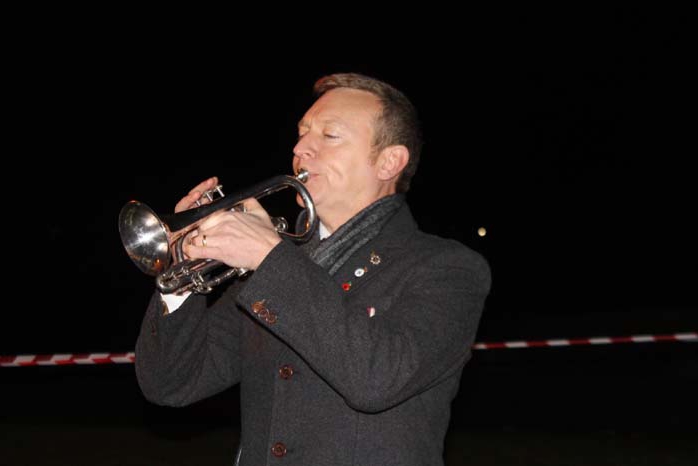 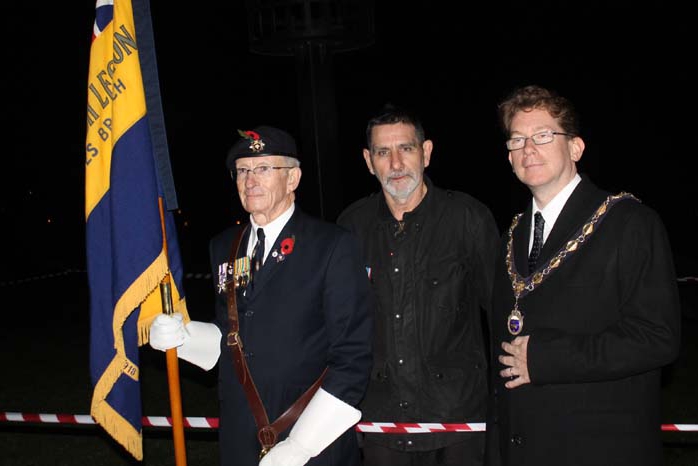 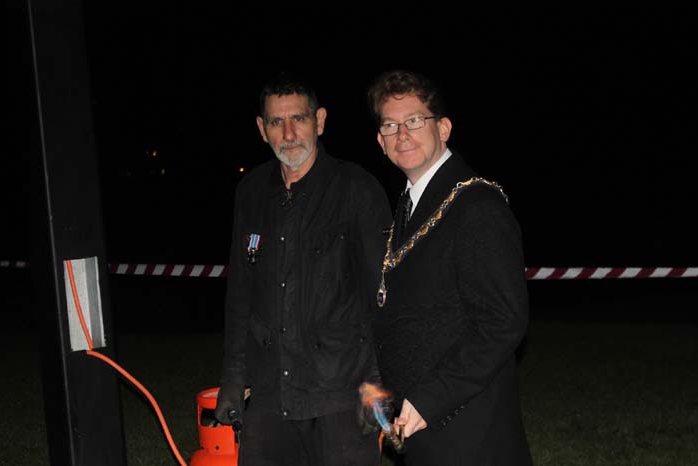 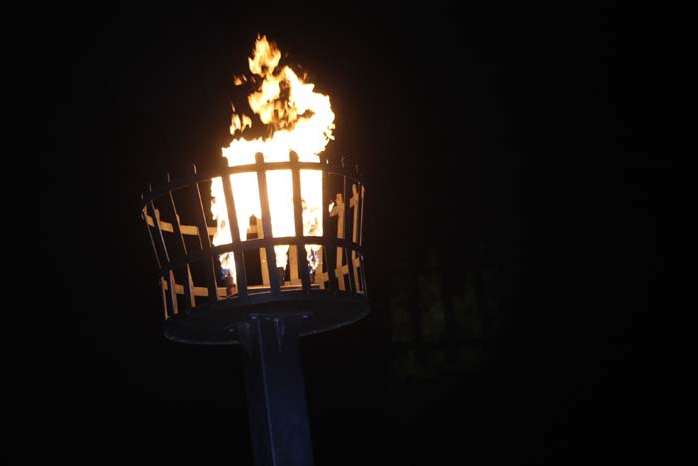 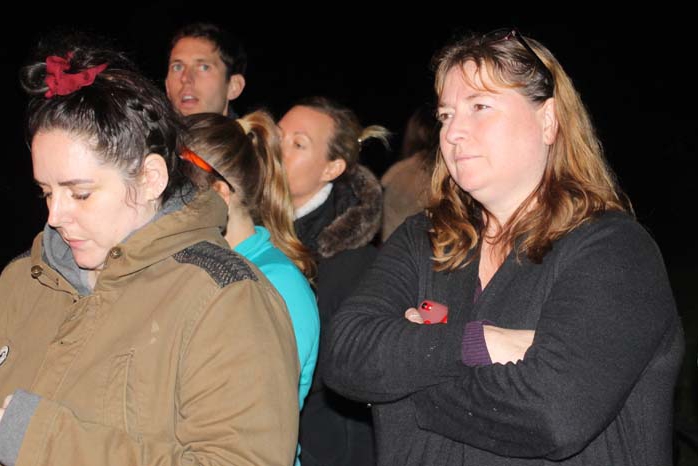 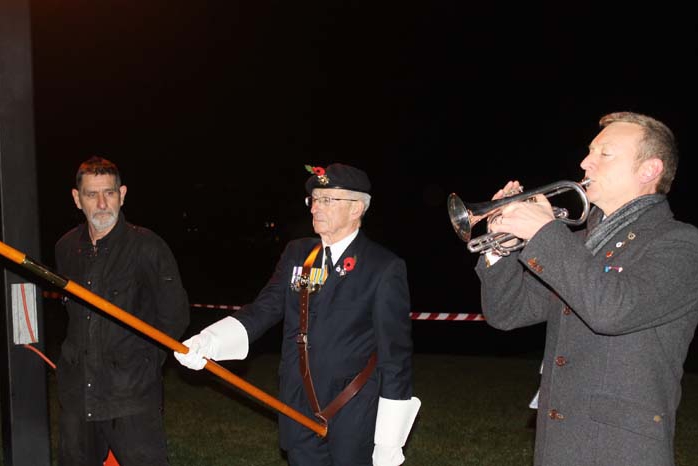 Part of the nationwide lighting of around 1,000 beacons Battles Over – A Nation’s Tribute & WW1 Beacons of Light, the beacon at Makins Recreation Ground was lit at 7pm last night (Sunday).

The Mayor, Councillor Glen Lambert made a short introduction reading Battle’s Over – WW1 Beacons of Light by Bruno Peek to explain what the beacon lighting was all about.  It reads: “On 3rd August 1914, Britain’s Foreign Minister, Sir Edward Grey, was looking out of his office window.  It was dusk, and the gas lights were being lit along London’s Mall, leading to Buckingham Palace, when he remarked to a friend, ‘The lamps are going out all over Europe; we shall not see them lit again in our lifetime.’ Our country was about to be plunged into the darkness of the First World War, and it would be four long years before Britain and Europe would again experience the light of peace.”

He was then joined by David Eggleton who had helped organise the event with the Henley Branch of the Royal British Legion to light the beacon.

John Green Chair of the RBL Henley Branch said, “Today is a great day for the nation. It is also a great day for Henley-on-Thames. For today we commemorated the end of the Great War with its sadness, with its memories and its loss.  Tonight together along with cities and towns throughout the country the beacon has been lit as a beacon of hope for the future although the Great War was not a war to end all wars we must look to the future and we rely on our children and our grandchildren to ensure that the future is a peace for all.”

The Last Post and Reveille was played and a minute’s silence was observed.

Afterwards David Eggleton said, “It’s been a very emotional day and the weather has been fantastic.  It’s a nice gathering of people to see the beacon lit for only the second time.  The beacon has been refurbished with some new burners specially.” 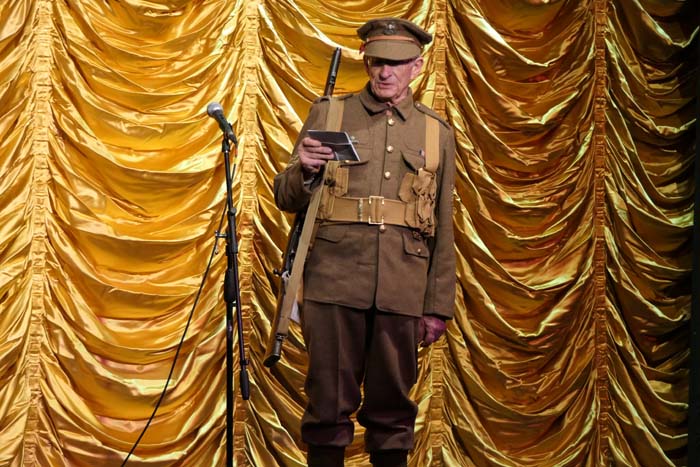 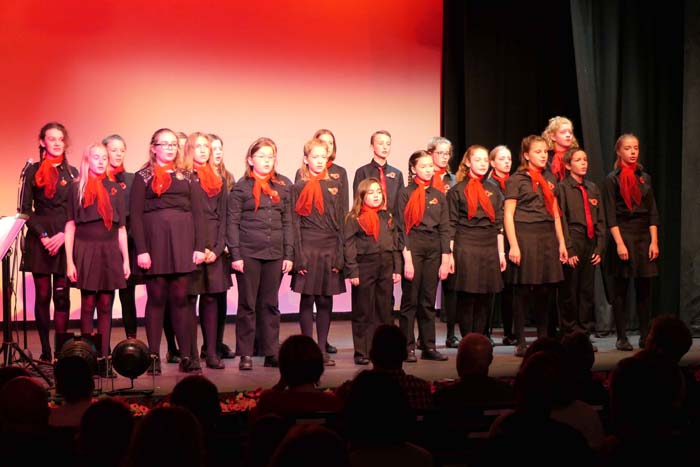 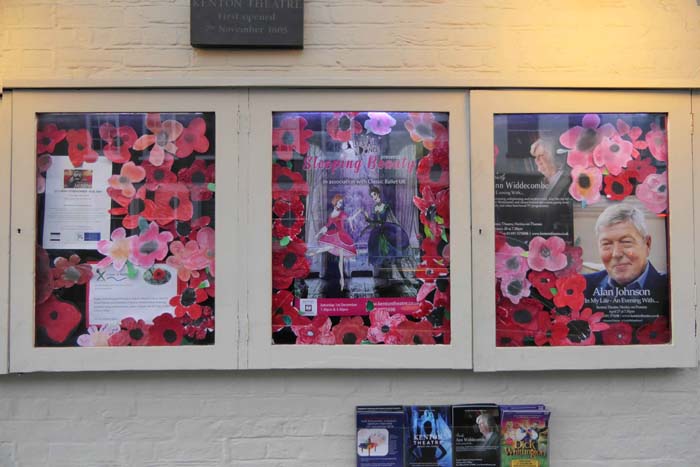 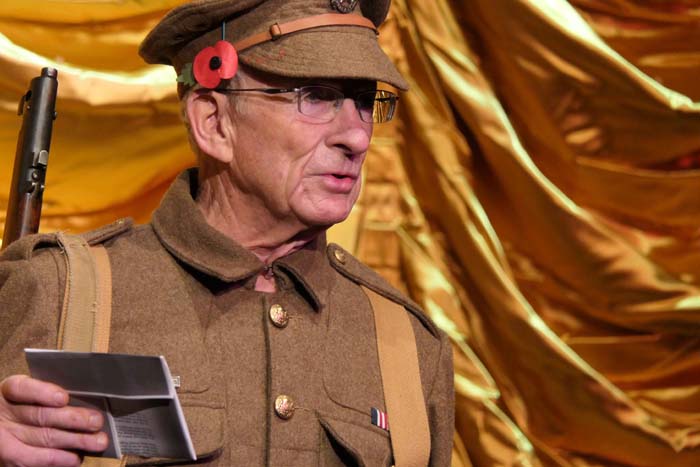 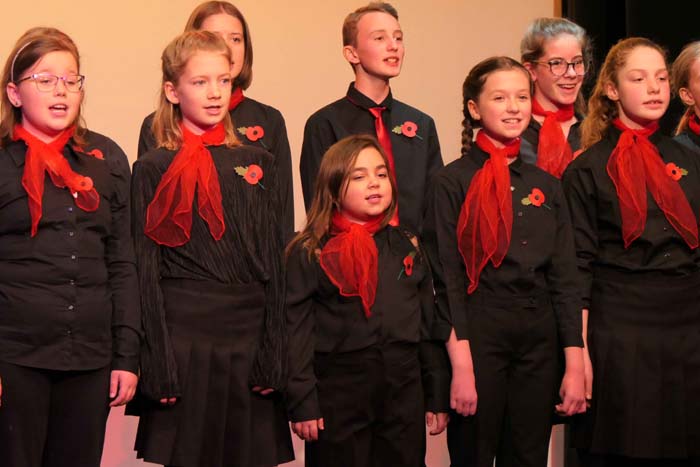 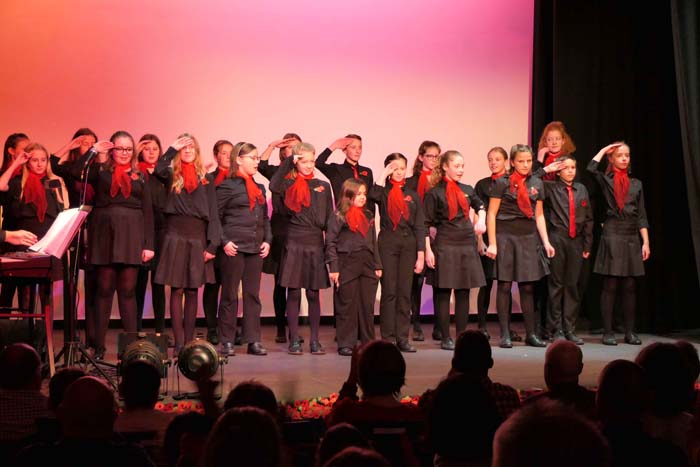 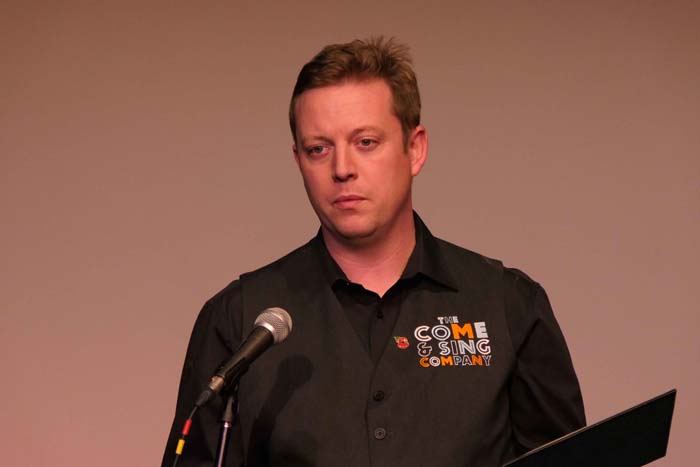 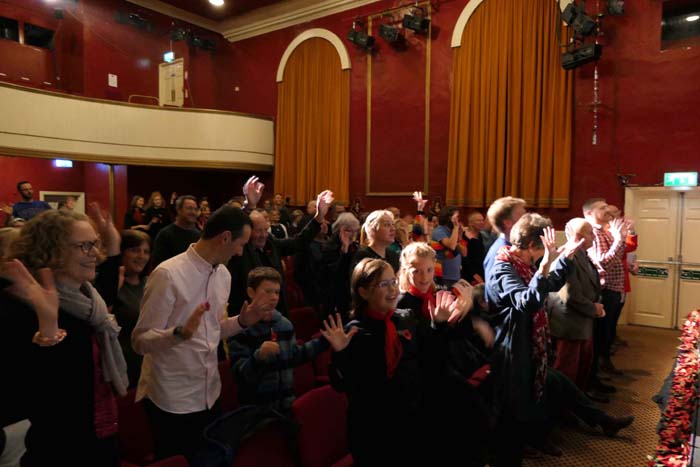 The Come and Sing Company, pupils from Gillotts School and members of the Royal British Legion hosted a special concert at the Kenton on Saturday afternoon.

The show opened with John Green reading the poem For the Fallen by Binyon which was then followed by highlights from Oh! What a Lovely War by Gillotts School students and then A Shropshire Lad performed by Tom Appleton and Ben Horden from The Come and Sing Company.  After the interval, the Mayor’s address was followed by the Mayor’s Cadet, Sea Cadet, Charlotte Searles reading the Anthem for Doomed Youth by Owen.  The concert finished with a sing-a-long which included It’s a Long Way to Tipperary! and Pack Up Your Troubles in Your Old Kitbag!

Gillotts Headteacher, Catharine Darnton said afterwards, “I was so impressed by the quality of the performance by the students – both singing and acting. We are really grateful to have been offered the opportunity to take part in such an inspiring remembrance event.” 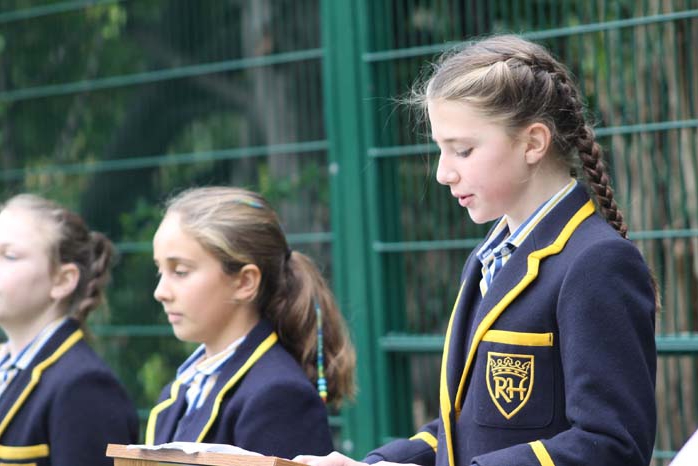 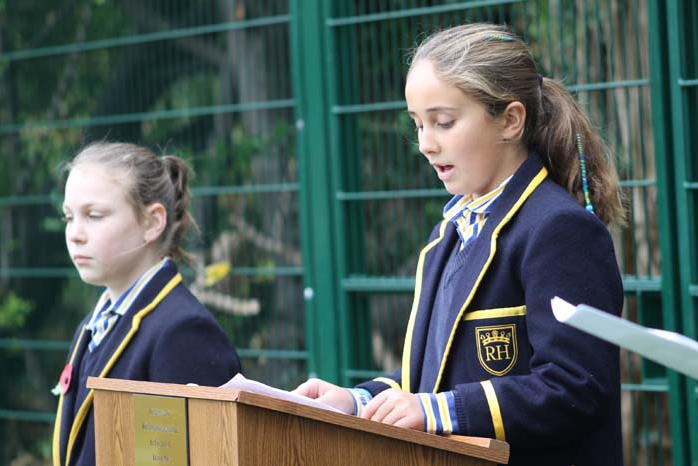 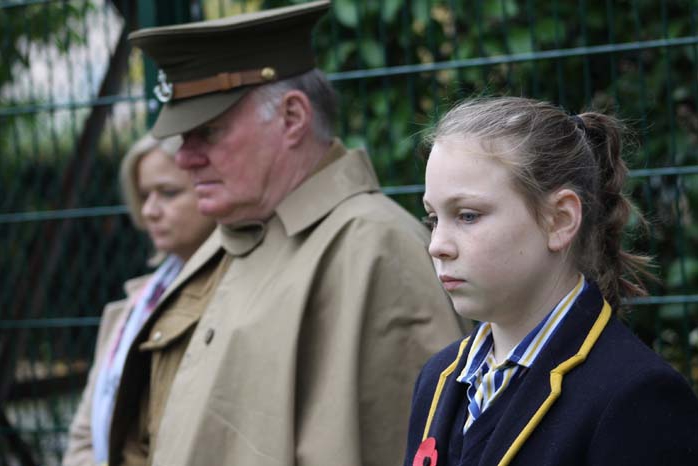 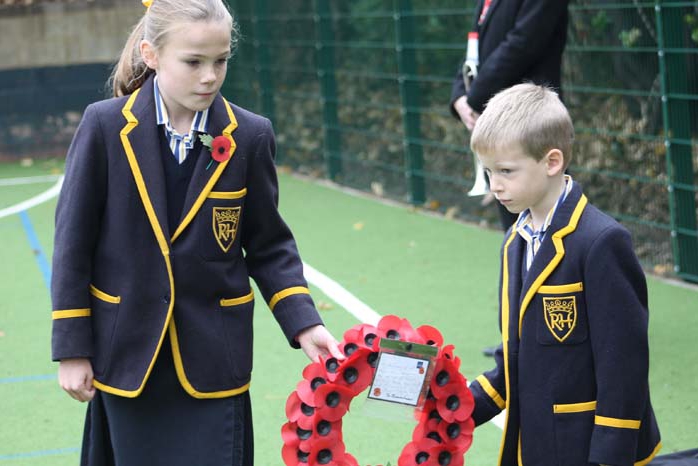 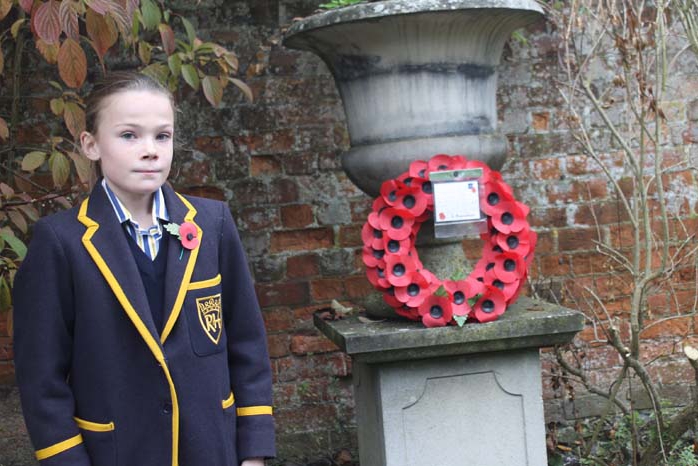 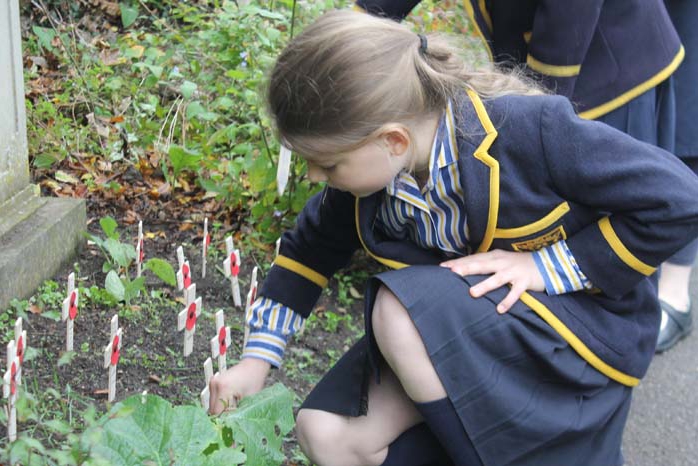 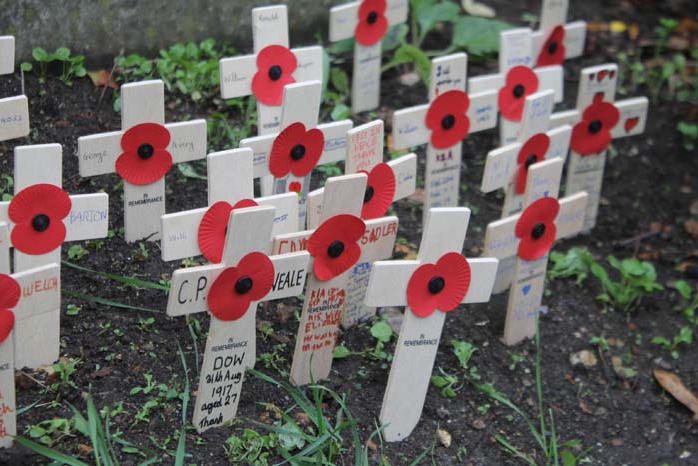 Rupert House School came together for their annual Remembrance service on Friday with St Mary’s Church Rector, Reverend Jeremy Tayler leading the service.  Mike Willoughby from the Lest We Forget project was an invited special guest.

Four girls from Year 6 gave readings about remembrance and teacher Mrs Poulter read On Flanders Fields poem before the last post was played by Andy Congdon and a minute’s silence observed.

After the service, Head Girl Bea Wingfield-Digby was joined by Reception child, Owen Smith to lay a poppy wreath on the school urn. Pupils from Years 2 and above then  planted wooden crosses beneath the urn, creating a beautiful memorial display. Every cross bore a message from the students to one of Henley’s lost soldiers. Using Mike Willoughby’s book “Bringing Them Home”, the children researched a Henley serviceman who did not return from WWI, writing their own commemorative messages on each cross.

Headteacher, Mrs Claire Lynas afterwards said, “We held a dignified and respectful ceremony, this morning, to remember all those who have sacrificed their lives for their country in war.  This year’s ceremony was particularly poignant, being the centenary of the Armistice.  Our Year 6 readers performed beautifully and it was particularly moving to hear our trumpeter, Andy Congdon, play ‘The Last Post’ and ‘Reveille’ in the open air.  The pupils, even our tiny Nursery children, behaved immaculately and we planted individual poppies in our border in memory of some of the men of Henley who died.  I am very grateful to Father Jeremy and to Mike Willoughby who came to support us.”

Dave Eggleton showed his personal support for the Northfield End Green tree planting commemoration for the Armistice Centenary by securing 30 of the upcycled poppies made by the children at Valley Road School, putting them in place around the tree in time for Remembrance Sunday.

The children have very cleverly made the poppies out of the bottom of recycled plastic water & drinks bottles. Helen Gaynor, who has spearheaded the Tree planting initiative at Northfield Green said “it was a lovely gesture and a brilliant idea” and one she said she would look at building on for next year. She said she was very grateful to Dave for his thoughtfulness and support.” 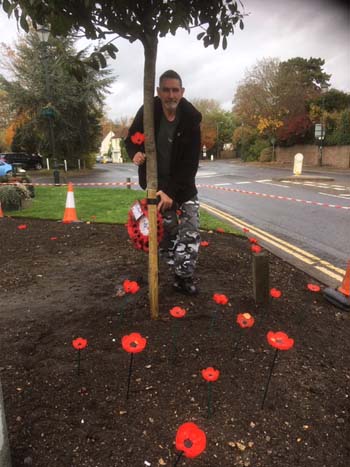