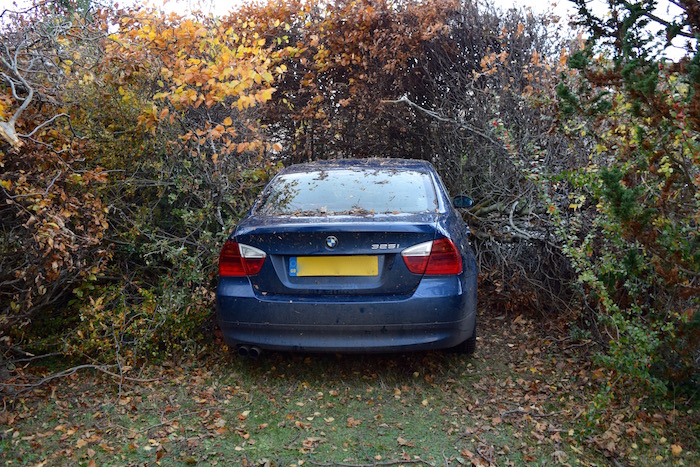 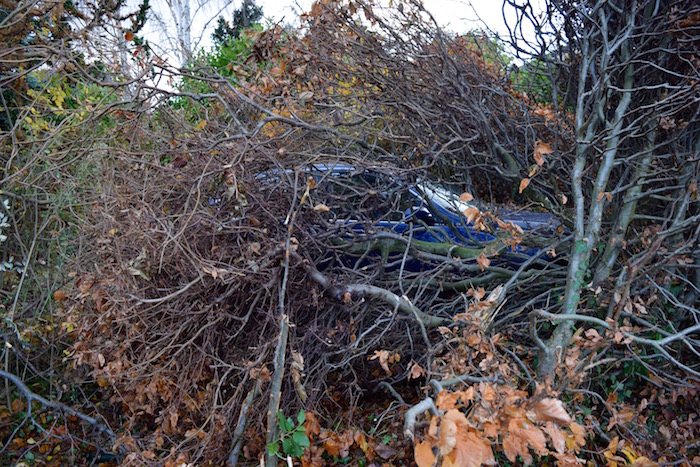 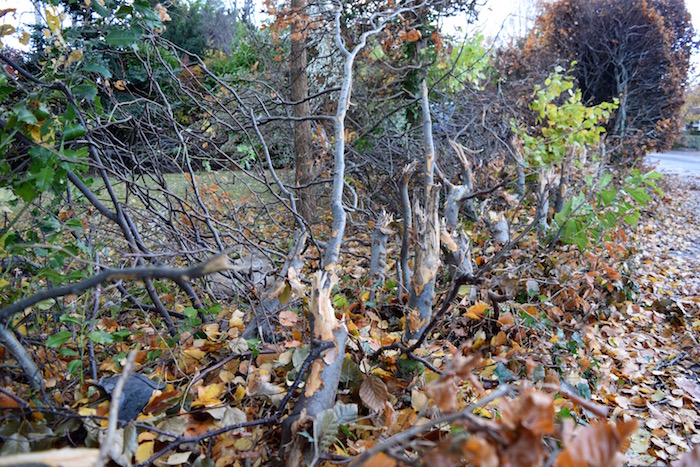 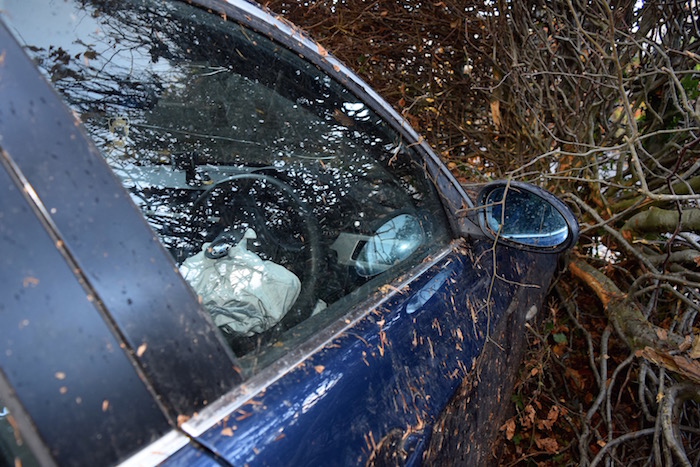 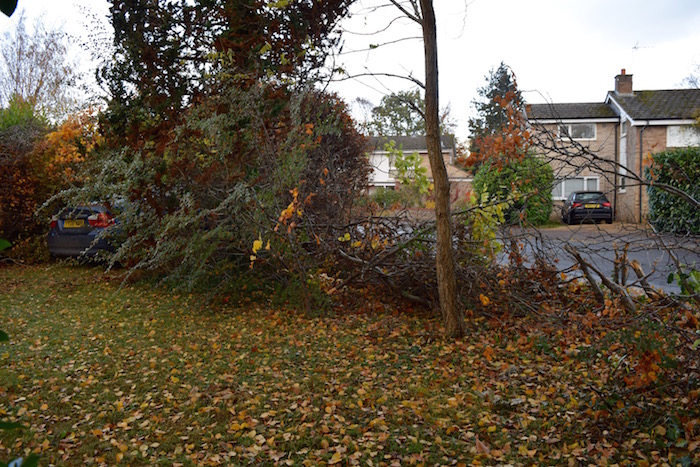 Motorists are reminded to watch their speed around Henley after a car crashed into a garden on St Andrews Road this weekend. In the early hours of Sunday morning, a BMW came off the road at the top of St Andrews and smashed through a thick hedge, resulting in serious damage to both the car and the garden. Thankfully, no one was seriously harmed, though it provides a stark warning of how important speed limits are on residential roads — particularly in the hazardous winter weather.

At around 2am on Sunday (11 November), the vehicle ripped through the double thickness beech hedge, which surrounds the perimeter of the front lawn. Miraculously, it managed to avoid a large pine tree before landing in the far hedge, now facing back towards the road. The car, which sustained large cracks across its windscreen and a sizeable dent on the roof, was then locked abandoned by the driver.

The incident happened at the home of Tony and Narelle Chadwick, who live there with their children. Relating the event, Narelle said, “My husband woke up on Sunday morning to find a car in the garden, around 8 o’clock. He called the police and reported it because there was no one in the car. The car was locked so obviously not nicked, and the airbags had gone off so there’d been impact, which has caused some carnage.”

Details of the accident are still unclear due to the lack of eye-witnesses. However, Narelle states, “I can only imagine that he’d gone up on his side, and then somehow gone round the pine tree and ended up back in the hedge. From where this is it looks like he’s either tried to get out, from the imprint on the grass, but normally there’s a bush here. So he’s landed on that and pushed the whole bush over. He could’ve aquaplaned. You just don’t know, but he’s got to have been speeding.”

The driver, a young man who also lives in Henley, returned to the scene later that morning at around 9am, although only to retrieve something from his car boot. After being confronted by Tony, he admitted to being responsible, and the car is awaiting removal once the Chadwicks’ insurance company has been consulted.

The damage from the crash was substantial; debris lies scattered around the garden, including a torn-off wing mirror and metal from the underside of the vehicle. The mature hedge has been almost entirely destroyed, the remnants of it visible within the car. What’s particularly worrying is that similar events have happened here before. On two previous occasions, cars have driven off the road and into the gardens of homes on this bend, at the top of St Andrews Road. Though this incident avoided any casualties (minus the car and the hedge), drivers would be wise to slow down on the bend to avoid yet another repeat of this crash.