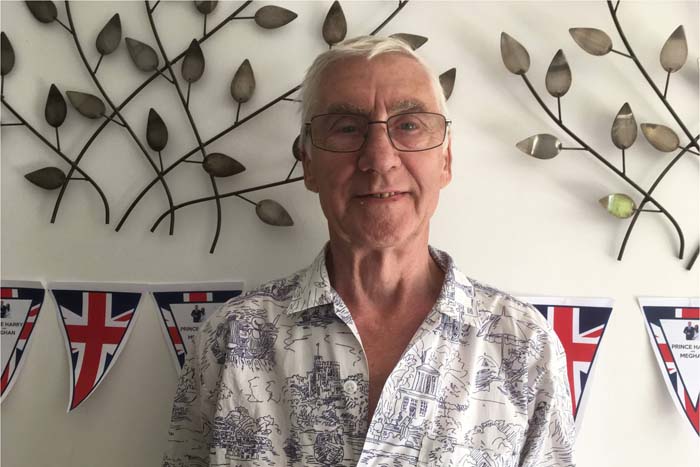 Mel was born in Aston, Birmingham, and his junior school was in between the HP sauce factory and Ansells Brewery, which explains why he had an lifelong love of both.

He attended King Edwards VI Grammar School, and before leaving school was Head Prefect, Head Boy and Rotary Boy. During the Great Flu epidemic of 1957, the teachers used him as a stand in teacher to cover staff sickness! Out of school his entrepreneurial spirit started to emerge, undertaking paper rounds and selling papers to coach -trips, along with a butchers round selling meat. Around this time, he was diagnosed with rheumatism, having had Rheumatic Fever as a child. He was sent off in a ambulance and came home in a cast with 4 broken toes.

In 1956 whilst living in Cannock he joined the Army Cadets Force and became a full Corporal. This led onto him joining the Para Field Ambulance, the Airborne TA unit. The medical team were posted to Cyprus, and on their return the unit was closed. Several of the unit applied to the SAS Regiment. Mel was accepted but turned it down as it would have meant missing his honeymoon. It was at this time he was “courting” Jean, the girl who lived next door, who was later to become his wife of 52 years, before she passed away 3 years ago. They honeymooned in Europe, driving around in a Ford Luton Van. Mel finished his apprenticeship as a Draughtsman, which was the start of his career as a Electrical Engineer. Mel went onto work at the Round Oak Steel Works, often working 12 hours a day during the ” 3-day week” in 1974.

Mel and Jean bought and ran a hardware shop “Cross Keys”, and had 2 daughters Tracy and Paula, before they moved to Henley in 1976. Mel started working for Foster Wheeler in Reading. The family camped out at Swiss Farm for 6 weeks during the scoring hot summer of 1976, whilst the family house-hunted and relocated to Hunters Ride in Henley. Mel then worked abroad for many years as a Senior Electrical Engineer, with postings in Algeria, Belgium and Holland. In between he was an active volunteer on the Valley Road School PTA. This is where his local volunteering started.

With Valley Road School PTA he helped raise money for school funds through various activities such as setting up and running an annual Christmas Tree Sale. One of his favourite activities was running the annual bonfire and fireworks event which involved setting up the bonfire, and organising the firework display from the school roof, which included rockets in drainpipes.

Mel also helped at many events with the Gillotts School PA. After the Great storm of 1987, Mel organised a team to help clear the fallen trees at Gillotts so that the school could re-opened, much to the disappointment of his daughters, who were hoping for another day off school.

David Skinner, Henley Lions: “Mel was a highly valued member of the Lions Club of Henley on Thames. He served as Lion President in both 2010 and 2014. Drawing on his previous professional experience in Health and Safety, Mel always took responsibility for ensuring everyone connected with Lions events was well looked after and was operating in line with the various regulations where necessary. Mel was also a very practical person and he could always be found right at the centre of the hard work when Lions were contributing to gardening or maintenance projects for local charitable organisations” 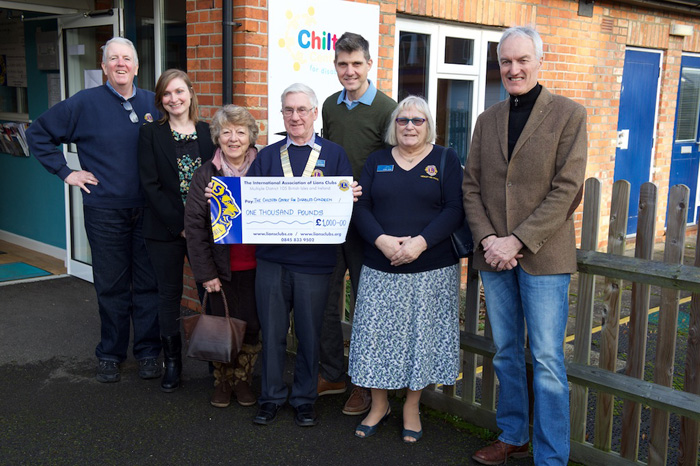 He loved being involved in the Duck Derbies, The Regatta for the Disabled, organising Christmas Parcels for the Elderly, and was instrumental in helping to “Save the regatta fireworks”. Helping on the Santa rota at the Toad Hall Christmas grotto, was a true favourite for Mel, and his wife Jean, for many years. It was during his own diagnosis and treatment for prostate cancer in 2010 that Mel, supported by his wife Jean and The Lions, set up local prostate cancer awareness campaigns. Information evenings were held at the Henley Rugby Club for males aged 50+, to access a free, simple, prostate cancer check. At the last one, held in September 2014, a couple of close friends were identified as showing early signs of the disease, and thankfully they went onto be successfully treated.

“Mel was a very keen and hardworking Freemason in Henley on Thames. He was Initiated into Thames Lodge No 1895 in 2002 and became Master in 2009. He was appointed to Oxfordshire Provincial Grand Rank in 2015. He was also in more recent years a Companion in Thames Chapter No 1895 and was First Principal 2014-16. Although coming into freemasonry later than many he spent several years in the role of Lodge Almoner a task he undertook most successfully until his own ill health overcame him”

Mel was an inventor, and a highlight for him was appearing on the Channel 4 “Big Breakfast” show with Jonny Vaughan and Kellie Brook. He was interviewed by Trevor Baylis to show off the “Top Mate”, one of his many patented inventions.

Before he retired he worked on the design of the electrical systems at Heathrow’s Terminal 5, of which he was really proud. After he retired he put his electrical engineering knowledge to good use by volunteering at the Fawley Hill Steam Museum, where he supported the group updating and maintaining their electrics, and working in the signal box on steam days.

Mel and Jean often relaxed by “popping over to the AE Hobbs”, previously a pub in Valley Road, where they met many lifelong friends. Many a Friday night was spent with them “putting the world to rights”. After the pubs closure, time was then spent socialising at the Salisbury Club. Mel’s many local friends will miss his infamous barbecues and parties in his back garden, talks on his extensive mint collection, and generosity with his home-grown plants.

Mel sadly lost his brave 2-year battle with Pancreatic Cancer. He leaves 2 daughters, 4 grandchildren, and another 4 children who called him “Grancha”.