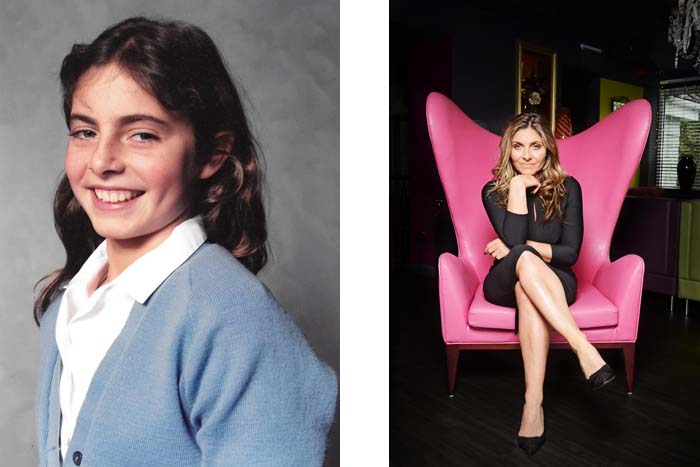 Successful Henley businesswoman, Emma-Jane Taylor has just written her debut self-help book Don’t Hold Back which was published by Vision Maker Press. She shares her deeply moving story of how her journey to heal from the trauma of child abuse and abandonment to the confident women she is today.

Emma-Jane’s early childhood was the happiest. She lived with her Mother and Step-Father, two brothers, and from time to time her step siblings would visit.  Every other weekend she would visit her biological father, who she idolised. She said “he was my hero and he would make me laugh, was very handsome and had a real twinkle in his eye, I just loved seeing him. I knew he had stopped seeing my brothers, I just wasn’t sure why at that point of life!”

Her first incident of sexual abuse took place when Emma-Jane was 9 on a family holiday. Her family was befriended by the restaurant owner. When the parents enjoyed the evening, the owner and his brother took the children to visit the animals outside. This tragic incident left Emma-Jane with serious anxiety and triggered an obsession with cleanliness.

Moving to secondary school, when she was around 12 years old, she was told out of the blue one weekend by her biological father that she wasn’t going to be able to see him again.  Emma-Jane said, “I was absolutely devastated, my Dad was my hero.”  She was then befriended at the age of 13 by an older man who had become a family friend.  Emma, explained, “I was carefully groomed by someone who took advantage of my vulnerability. I suppose I was just looking for someone to replace my father.  To be honest it became my normal to be treated badly by men even at this tender age, so I just went with it.”  Soon Emma-Jane’s behaviour at school spiralled out of control and she started to drink heavily, take drugs, became bulimic and addicted to painkillers to numb the pain of the hangovers and the abuse she was enduring.  She was sent to a psychiatrist when she was about 14 years old and was labelled a ‘juvenile delinquent’. Her relationship finally ended after about 4 years when she was aged 16 and had found some strength.

Through an A-Z of therapy in her 20s and working hard, life then started to change for the better and Emma-Jane found herself.  Her “new identity” started with her first company E-J’s Dance & Fitness at the age of 24 in 1996 in Henley.  StageWorks Performing Arts followed in 2000 then NutriousWorks (2013) and OceanWorks Retreats (2017).  In 2015 she was asked to present the Wellbeing Show for That’s TV Oxford.  This year Emma-Jane launched SHEnetWORKS Empowering Women Events to encourage collaboration and networking and was head hunted to be the Co-Chair for the Global Business Board GYB, based in London.  She’s now a professional speaker, mentor and keeps her hand in with some of the ‘well-being’ side of her business when she is in Henley. She has also recently launched her new YouTube Channel ‘The Emma-Jane Taylor Show’ to share real stories and give others a voice.

Now known as The Inspirational Mentor, Emma-Jane started writing the book five years ago but kept deleting it.  Writing the ’My Story’ chapter was the hardest as she had kept it inside of her since she was 9 years old, apart from her many years of therapy. She knew it was her time. The book started to take shape two years after she spoke to a local successful author who encouraged her to write her truth. She was advised to write it all, put it all out there, he said ‘’you have a real story that people would relate to and if you are going to write a self help book, then people need to understand that you have gone through difficult times.”

Not speaking out sooner is Emma-Jane’s biggest regret.  She said recently on a BBC 3 Documentary that she ‘’was terrified to talk at 9 years old. No one talked about these things back then.  I don’t though want to be defined by my story.  I want it to help others to speak out.  I’ve found my voice, faced my fears and overcome a nervous disposition. I’ve worked hard through this and I hope that I will be an inspiration to others.”

Whatever your experience, the book contains easy to read chapters starting with Getting Your Life Back through Forgiveness, Who Are You? to The New You – Enjoy! with diagrams, exercises and tips.

The book is priced £9.99 and is available via Amazon.