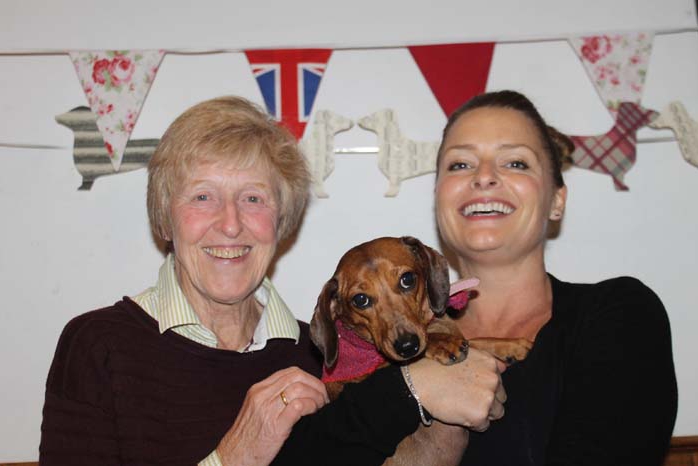 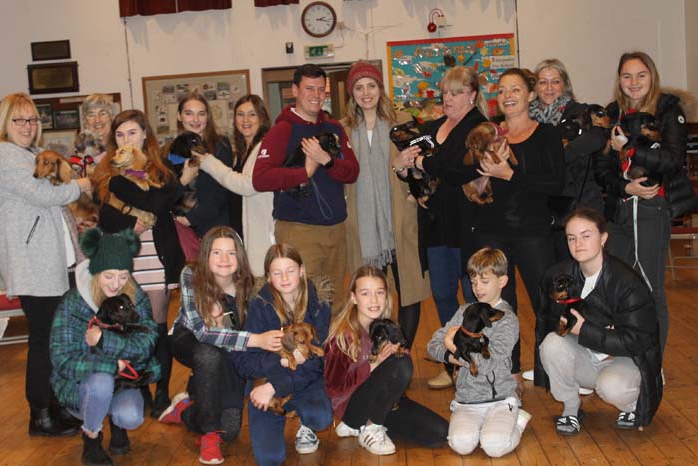 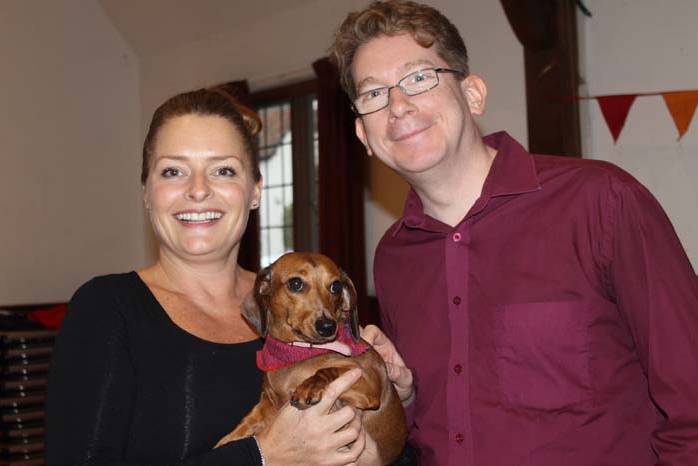 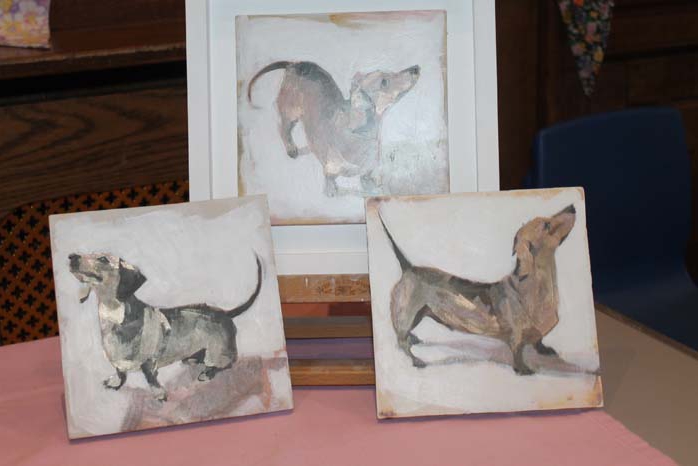 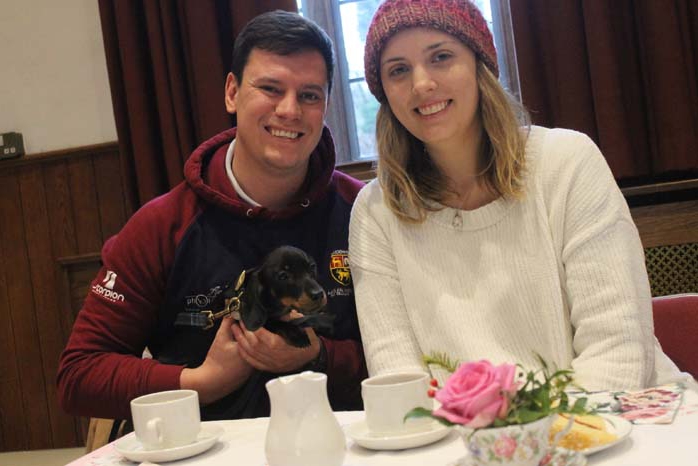 Mavis the sausage dog, owned by Laura Reineke, Founder of Henley Music School (HMS) was her inspiration for her latest fundraising idea which raised around £200 for the charity.

Twenty-five sausage dogs barked their way into Harpsden Village Hall on Saturday afternoon with their owners who then enjoyed tea and cake and meeting other owners.  Most of the guests and dogs were from the local area and it was great to hear that some of the dogs were reunited with their siblings from their litter.

Laura’s family have had Mavis for 2 years and got her after her husband said the one he used to live next door to was always fun.  Laura said, “Mavis is characterful, naughty but great company.”

There was of course musical entertainment provided by HMS’ pupil, Reece on piano who played some of his own pieces as well as popular songs that the guests sang along to.  Money was raised through ticket sales and a raffle with sausage dog prizes donated by Fennella Smith and wine from Fawley Vineyard.

Dachshunds known for being cute adorable small dogs but boy can they bark, especially when you have 25 all together in one place!  Oscar was crowned the winner of the waggiest tail competition.

Laura said, “I’m not sure why or how I came up with this idea, but it sounded perfectly bonkers enough to work.  I wasn’t wrong!  It was hysterical, quite noisy with a few accidents! But in the end around 25 sausages came with their humans and everyone had tea and cake all provided by HMS children, parents & youthful orchestra members.  I have now set up a Facebook group called Sausages of Henley, so we can organise more get-togethers, walks & sausage stuff.  I’d like to thank my Mum, Margaret, Angus and Hanna for all their hard work serving and clearing up.”

Tree’s Up and Santa & Reindeer On Their Way for Christmas Festiv...
Scroll to top