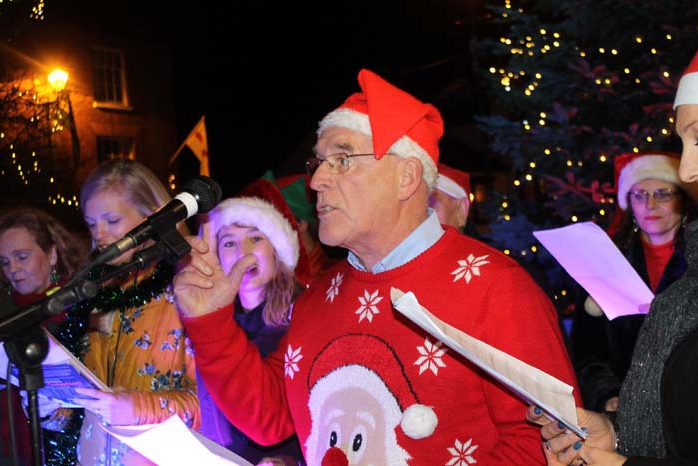 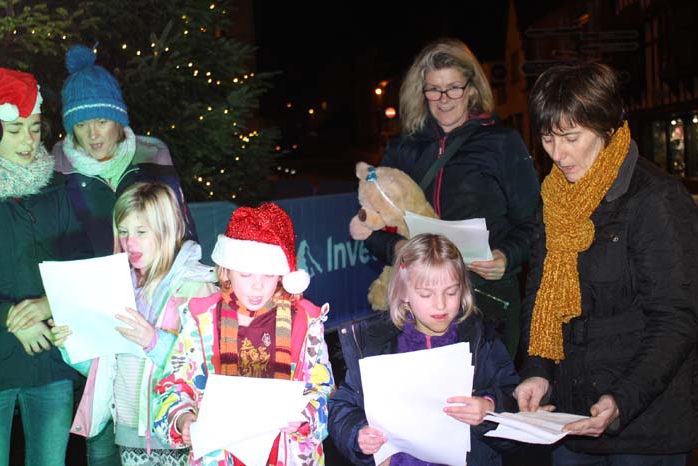 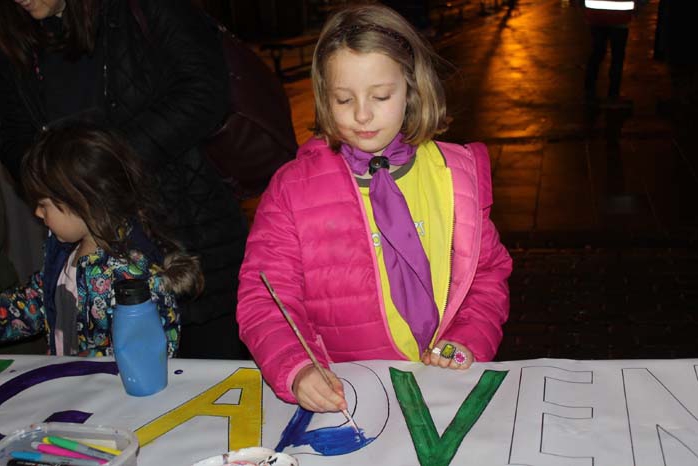 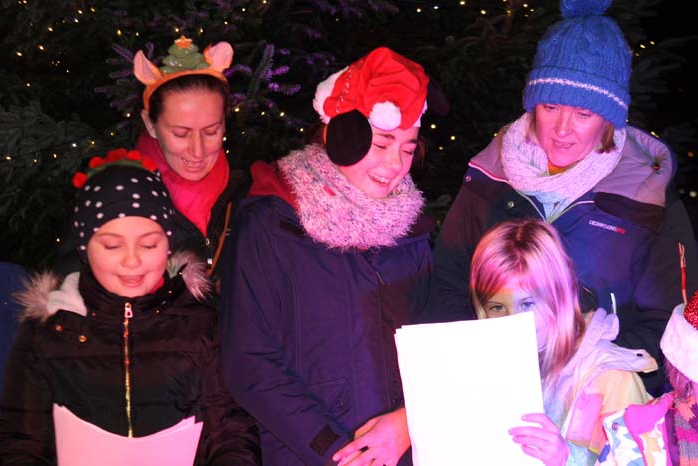 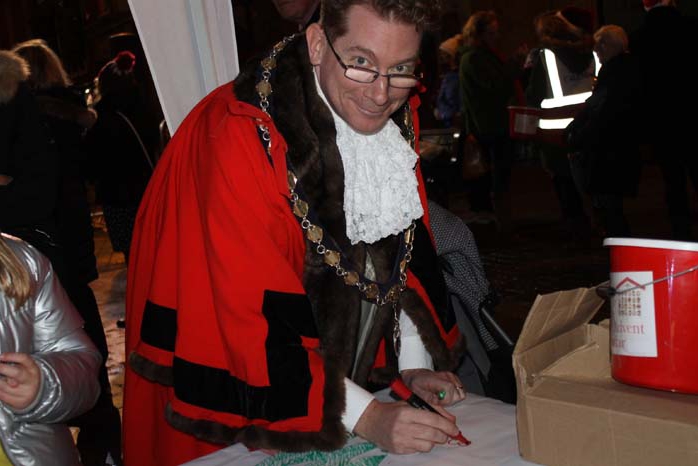 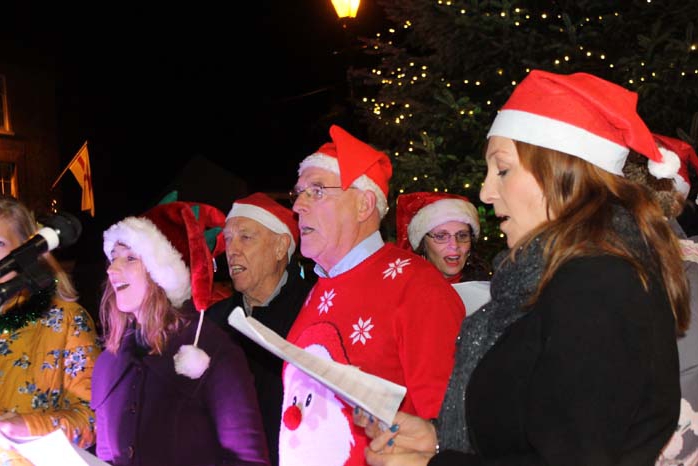 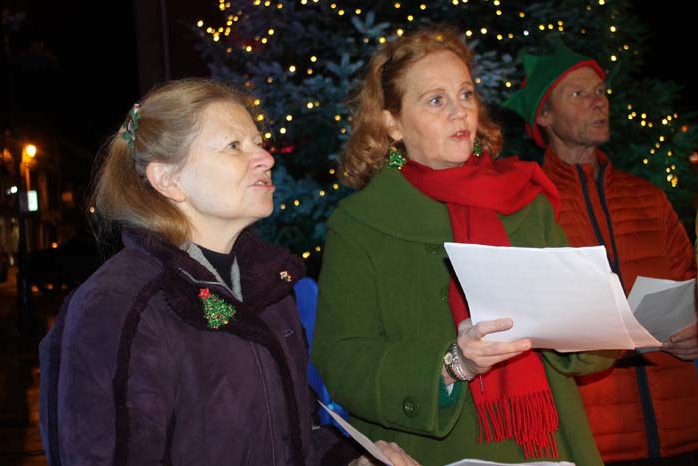 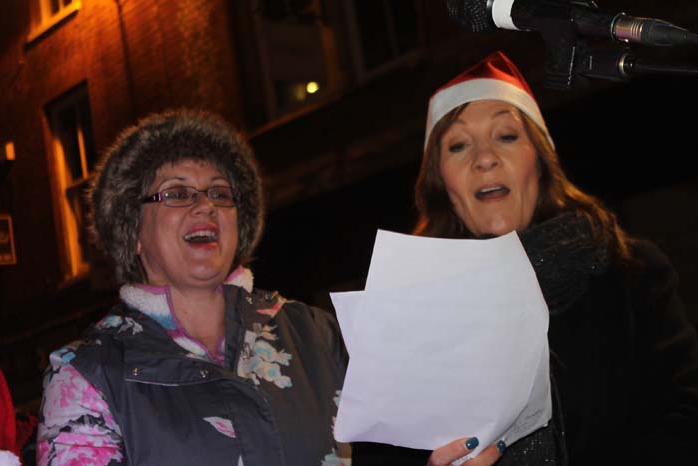 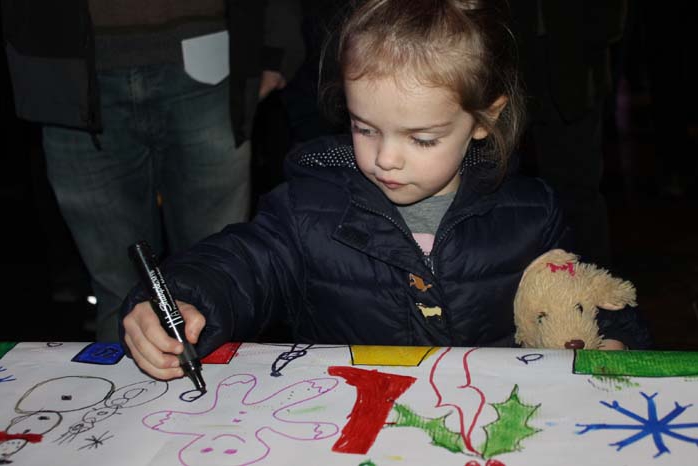 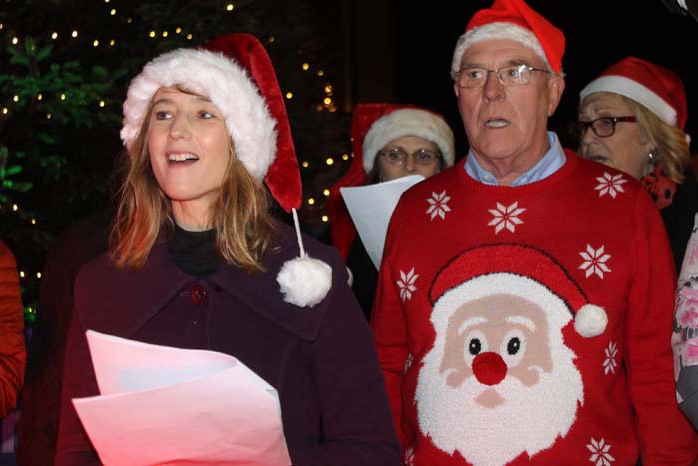 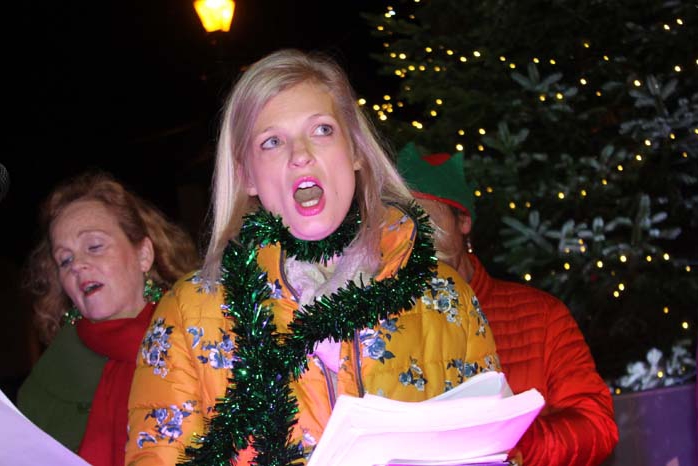 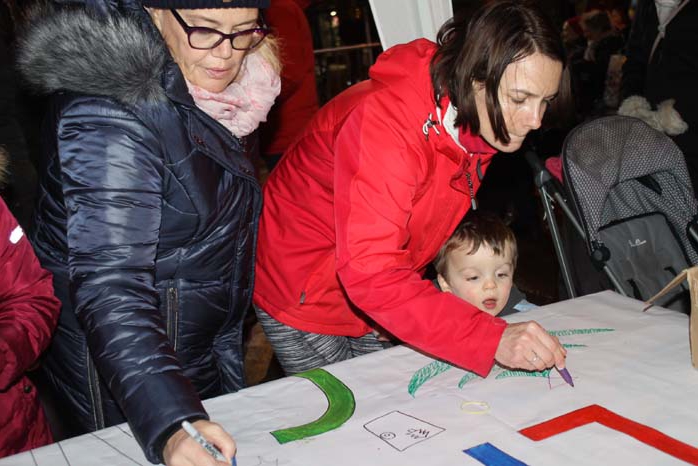 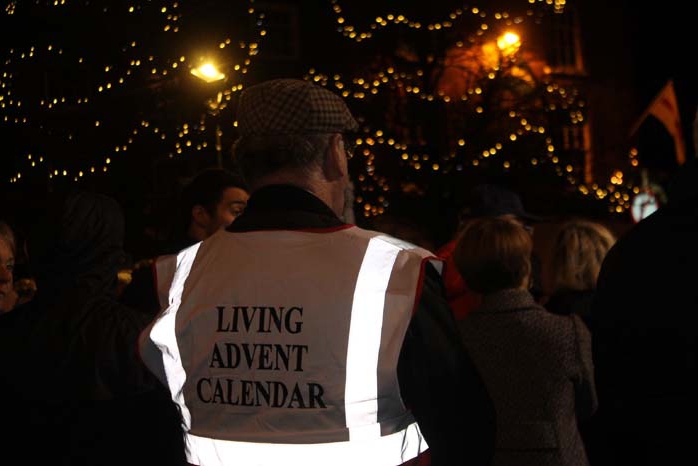 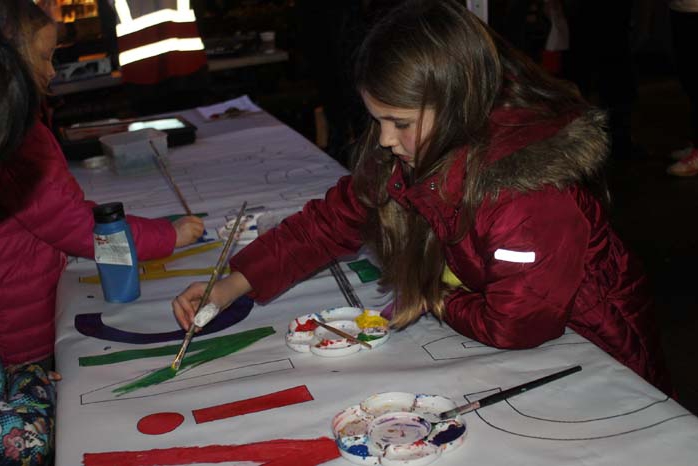 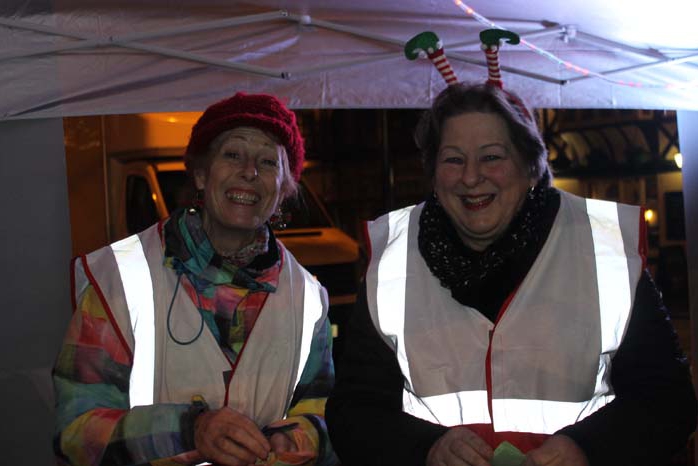 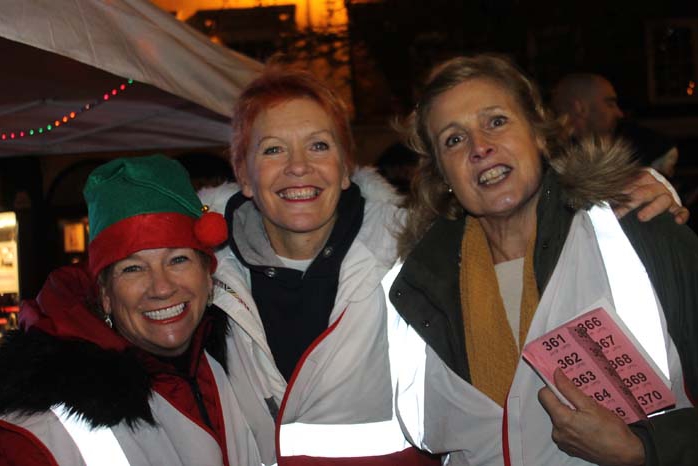 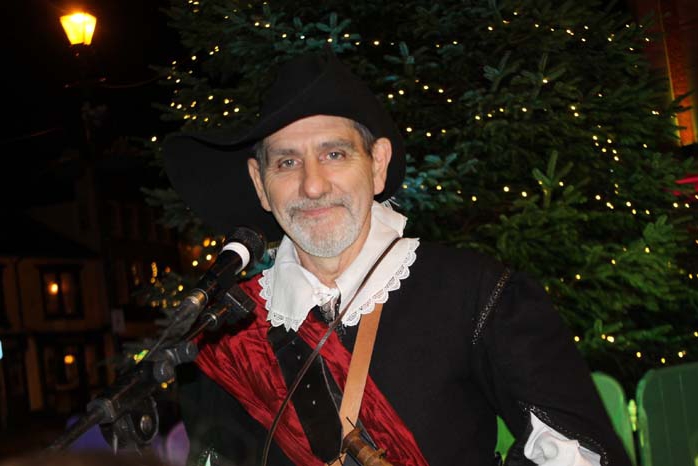 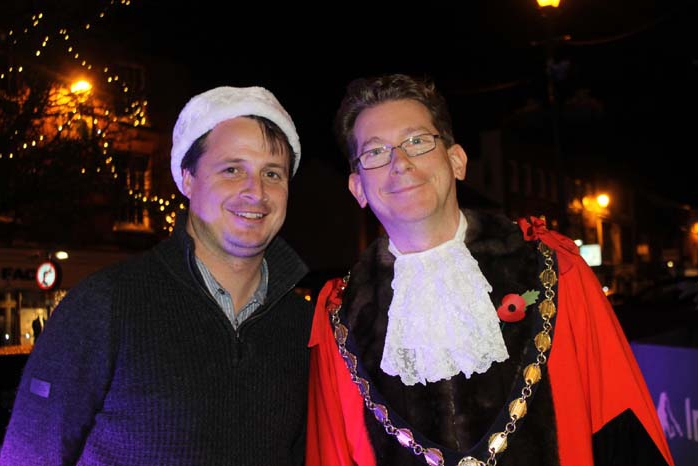 The first door of the eighth Living Advent Calendar saw the Henley Town Hall doors open on Saturday evening to reveal members of the Henley Amateur Operatic and Drama Society (HAODS) who kicked off this year’s event singing White Christmas.

HAODS members then treated the large audience to Twelve Days of Christmas and Rudolph the Red Nose Reindeer.  Afterwards, they invited the audience to come and see their show White Christmas, The Musical which starts on Wednesday (5 Dec) at the Kenton.

Organiser, Richard Rodway said, “We’re delighted with the opening two nights of the event.  Everything has gone relatively according to plan.  We have had good numbers audience wise and people have been so enthusiastic and spirited which makes the event what it is.  Hopefully everyone has enjoyed the performances as much as we have, and that it will encourage people to come and sample more of the wonderful surprises we have in store”.

Before the main performance Badgemore School choir entertained the crowds with some Christmas carols and 1st Henley Brownies invited people to come and draw or paint a Living Advent Calendar banner.  Michaela Clarke, Brownie Leader said, “I was given the old banner from the Pay It Forward day in May to use the back of for something else and thought this was the perfect thing.  The banner is already decorated with lots of stockings, holly, bells and doors but Richard has asked me to bring it back on Saturday (8 December) at Henley Rugby Club to give more people the chance to decorate it.”

The night was raising money for the Royal British Legion Henley Branch with raffle prizes including general admission tickets to the Henley Festival.

Tonight’s venue is The Angel on the Bridge with the performance starting at 6.15pm.