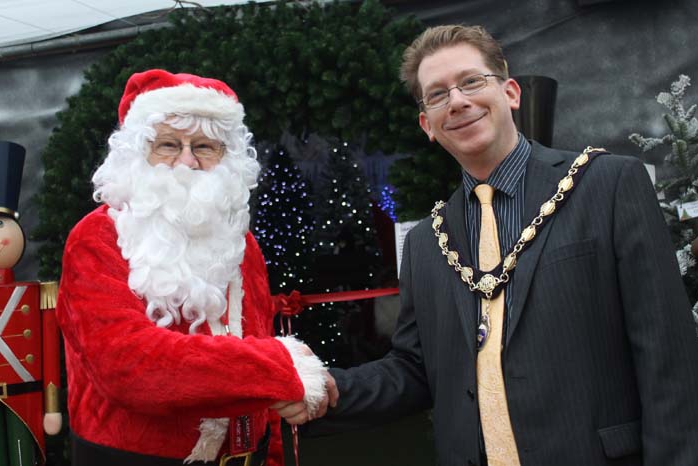 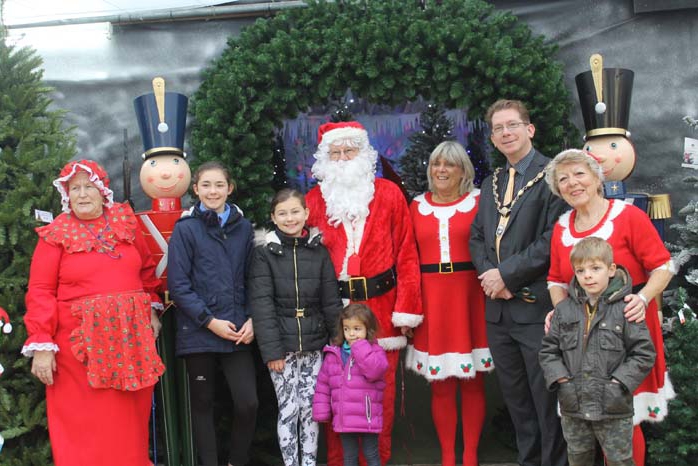 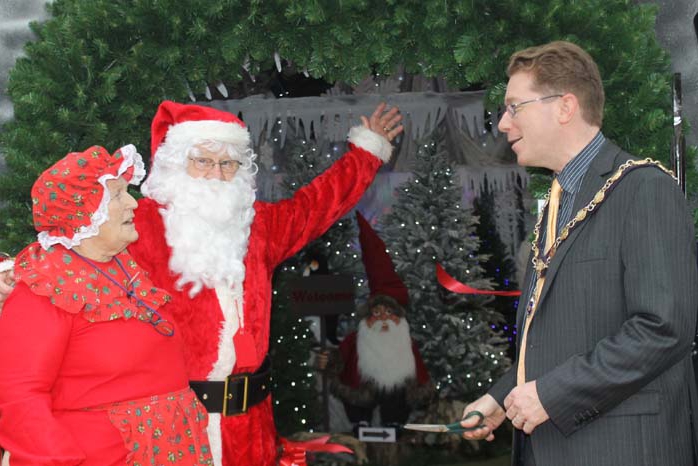 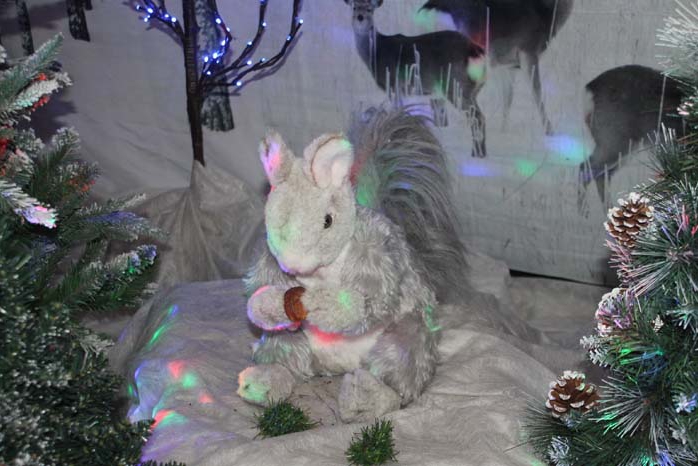 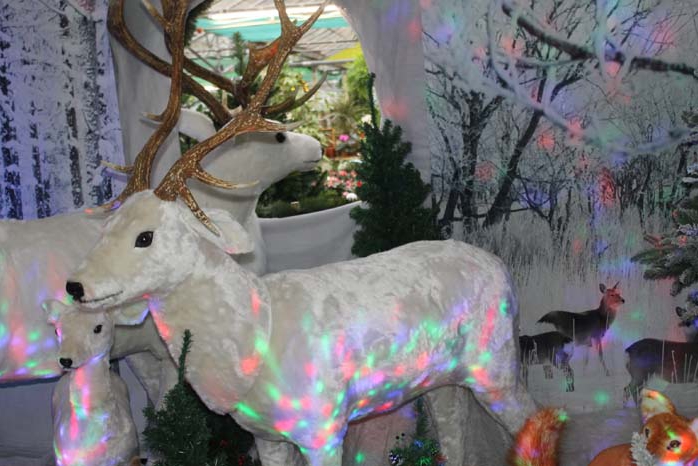 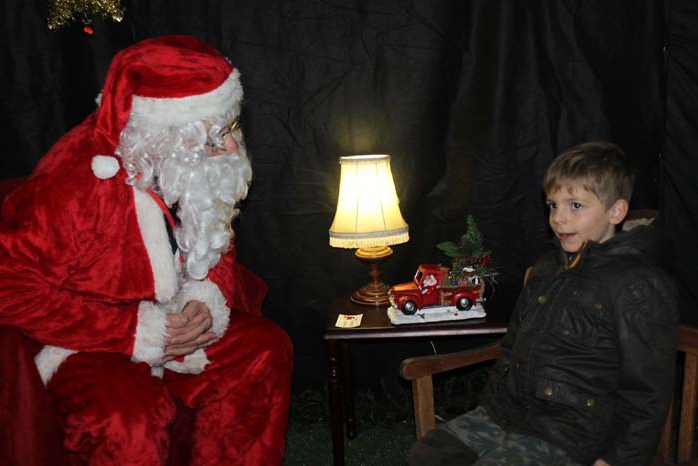 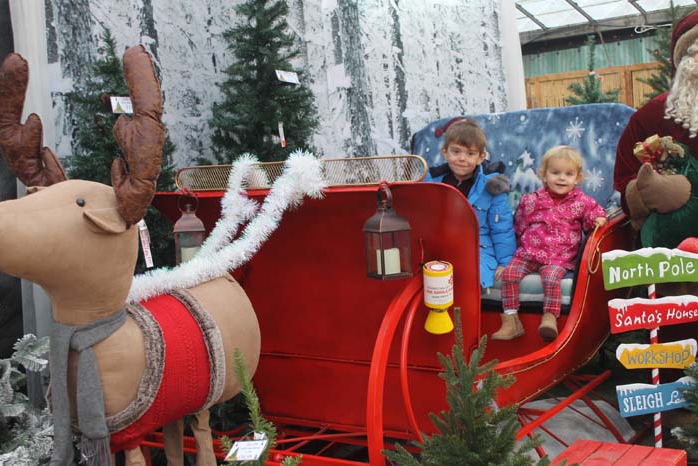 Over 200 children visited Santa at the Henley Lions grotto at Toad Hall this weekend after it was opened on Saturday morning by Henley Mayor.

First in the queue was Elijah Porter, aged 6 who goes to Nettlebed School.  Elijah said he was going to ask Santa for a new Pokemon game for his Nintendo-Switch.  Sisters Rose and Zara Perisce-Burrell were at the opening too.  Rose said, “I’d like some cooking things for Christmas.”  The girls are spending Christmas in Australia this year.

The grotto is designed and built by Lynn Burgess from Toad Hall and features a woodland snowy scene with lots of animals.  Lynn said, “There’s a few more new animals this year and my favourite is the lying down reindeer.  Other new items are the Nutcracker soldiers and a sleigh outside the entrance.”

John Moore said, “Very many thanks to everyone that attended the opening, a super show. The elves were super busy and the coffee was much appreciated (and much needed)!  Thanks also to Mayor, Glen for managing to help in what is a very busy schedule for him. We had two children from South Africa, one born in Geneva, one born in Singapore and two returning to Australia in 15 days time.  Very international. And where would we be without our amazing friends at Toad Hall?  Brilliant all!”

Chris Adam who is Mother Christmas said, “My delight, on heading to the facilities, was a little girl who called out “Mrs Claus” and came running up and said ‘You’re lovely’. Aaaaaah!”

Henley Mayor, Councillor Glen Lambert said, “I really enjoyed the opening of the Henley Lions Santa Grotto at Toad Hall where there were plenty of children there eagerly awaiting the ribbon cutting. Not only was the grotto decorated with incredible care and attention to detail, but it’s the first time I’ve seen the real Santa Claus since I was a child. It brought back many happy memories. Hopefully I’ve been a good enough boy this year.”

A record number of 1009 children visited the grotto last year and raised just over £3,000 for charity which was split between the Chiltern Centre for Disabled Children and Footsteps Foundation, a centre in Dorchester to treat children with cerebral palsy and other neurological disorders.

The cost to visit Santa is just £6 and the children can choose an unwrapped present from the chest (a selection of great toys  that normally retail between £5-£6). Half of the entry fee of £6.00 for each child to visit Santa goes to the Henley Lions charities and the other half is retained by the garden centre to pay for the toys that Santa gives to each of the children.