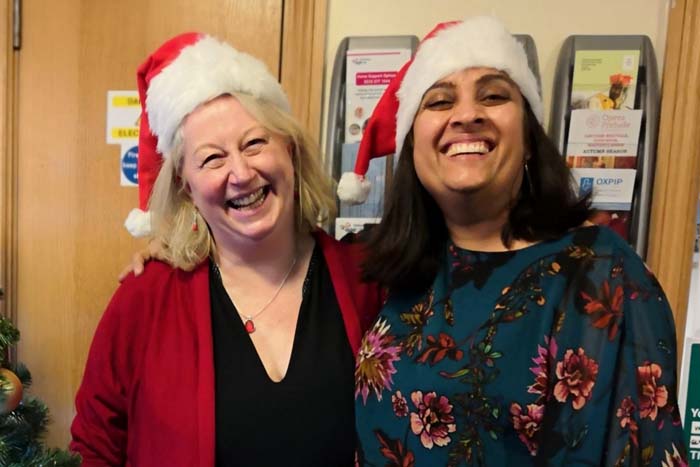 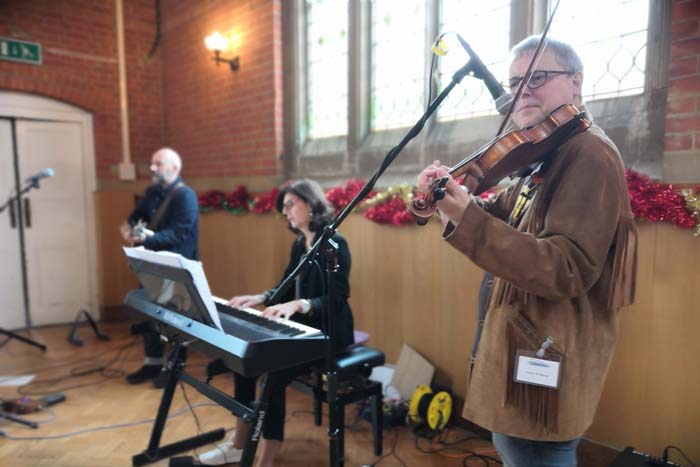 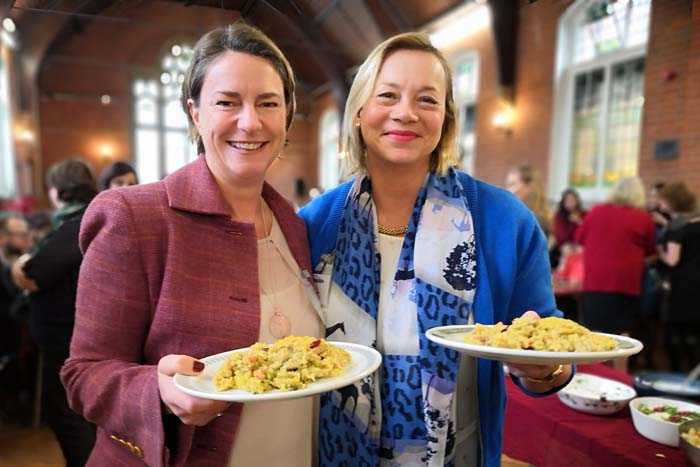 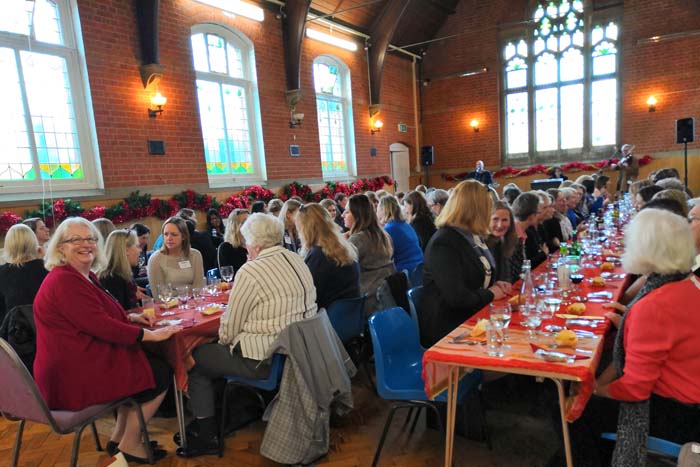 Davie McGirr played music from Seven Songs for Dementia. Davie and the Walnuts play acoustic music, raising money for people with dementia.  Just a month before, Davie had been honoured for raising £25K for dementia in the Pride of Reading Awards. During his set, Davie surprised Kran Sondh by presenting her with a Recognition Certificate from Alzheimer’s Research UK for all the support she has given to Seven Songs for Dementia over the years.

Both Kran and Lindsay were very proud and delighted Davie and the Walnuts, Ginny and Donald, were able to play for the ninety people who attended. Everyone thoroughly enjoyed the music. They were also thrilled to hear Davie’s inspirational fundraising story.

Umbreen Lenoire from Sanzen Digital told the Henley Herald: ”This is our second year attending the #HWIN Christmas Curry. It’s become an event in the calendar we look forward to, and there’s always a great turnout. The relaxed and friendly atmosphere, the food, the live music and/or the inspirational speakers make it a fabulous event. And, of course, we get to catch up with lots of familiar faces from our network, and we meet and connect with new and wonderful people.”

Phil Booth, owner of Philip Booth Esq Estate Agents, sponsored the event. As the event’s sponsor, he was invited to join the ladies for lunch.

He said, “I was delighted to sponsor the HWIN Christmas Curry again this year. This annual event is extremely well attended and for Philip Booth Esq, it makes a lot of business sense for me to promote my estate agency services to a hall full of dynamic women. After all it is largely women that drive the home moving process, either making the decision on which estate agent to use or carrying out viewings on their next home purchase”.

Kran Sondh, from The CookCurry Club, said “There was a great mood in the room. We had wonderful feedback from everyone who came. This year’s event was a fabulous mix of music, networking and social chat over a specially created Christmas Curry menu. This year, the starters were served in charming bamboo boats, which went down a treat!”

Lindsay McLoughlin from #HWIN told the Henley Herald, “This is our fifth annual event. It has become an annual staple in the Henley calendar. Some ladies tell us they would not miss the Christmas Curry for all the tea in China! Kran and I love working together to host this unique event, and we are thinking about next year already!”

Next year’s event will be held on Tuesday 3 December 2019 at the Christ Church Centre.