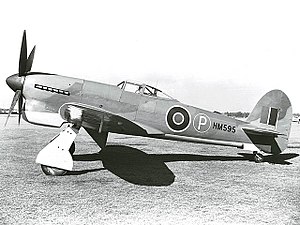 Peter Durrant, a member of Henley Probus Club, gave a talk about his ‘Long Term Career in Aviation’.

Peter started his talk by advising  that in 1940 he, as a young boy, and his mother were evacuated from the Home Counties to Devon as the Luftwaffe began its bombing campaign in the south east of England.In 1944, with the evacuation over, they returned to the family home in Beckingham, Kent.  No sooner than they had arrived home, when Peter heard an approaching cacophony of sound and ran out doors to see a Luftwaffe Messerschmidt aircraft followed/chased by 2 RAF Spitfire aircraft, all at treetop level, flying over the street in which he lived. This started Peter’s fascination for Aviation which led him to apply to and join the engineering branch of the RAF at RAF Halton in Buckinghamshire in 1948; he was 16 years of age when he joined the RAF (passed out in 1952).

Peter’s first posting was to Northern Ireland which was followed by a posting to a NATO Training Base in Germany. His ‘hands on’ engineering and training experience was on the Hawker Tempest fighter aircraft (formerly known as Typhoon II). More importantly for Peter, as time would eventually tell, was that he was exposed for the first time to commercial (as opposed to military) helicopters which was the Bristol Sycamore.

The next posting was on the Royal Navy Helicopter Carrier HMS Ocean which at the time was the fleet flagship of the Royal Navy (more recently HMS Ocean was an amphibious assault ship until her decommissioning in 2018). Peter told various stories of his time on the ship including the use of HMS Ocean by the Royal Marines during the Suez crisis.

In 1958, Peter left the RAF by paying £200 for a voluntary termination and then proceeded into industry and, in particular, the helicopter basis. Up until this period, helicopters had only been seriously utilised in a military environment but were now starting to be used in a civil/commercial environment by a small number of ‘entrepreneurial’ businesses. In the early days of commercial helicopters their primary usage was in crop spraying and Peter told stories of his engineering exploits in his initial period of deployment in Jamaica (spraying bananas!), Panama, Ecuador, Dominican Republic and many other countries. In this phase of his career Peter spent 8 years employed by Bristow Helicopters (a UK Company, at the time, established in 1955 by one of the aforementioned entrepreneurs Alan Bristow).

The next phase of Peter’s aviation experience was with the Air Registration Board (which effectively became the Civil Aviation Authority in 1972) – Peter spent almost 27 years with the ARB/CAA before his retirement in 1992. At this point he had completed a long career in aviation which is a sector he is still hugely enthused about.

At the close of the meeting, Peter was thanked by the Club members for his talk which triggered many members to reflect on how the aviation sector had developed since World War II.