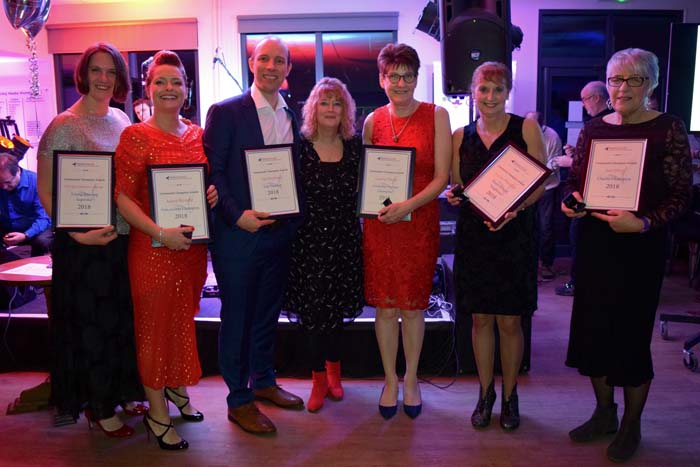 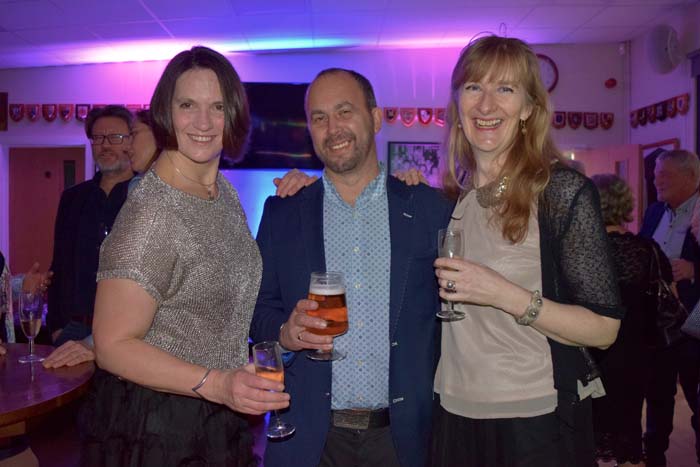 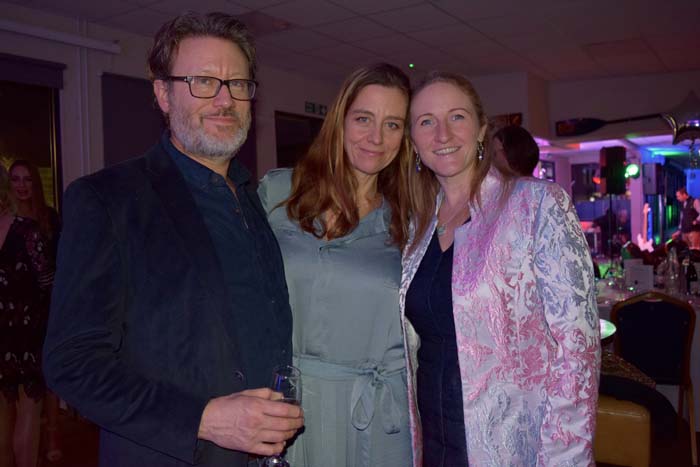 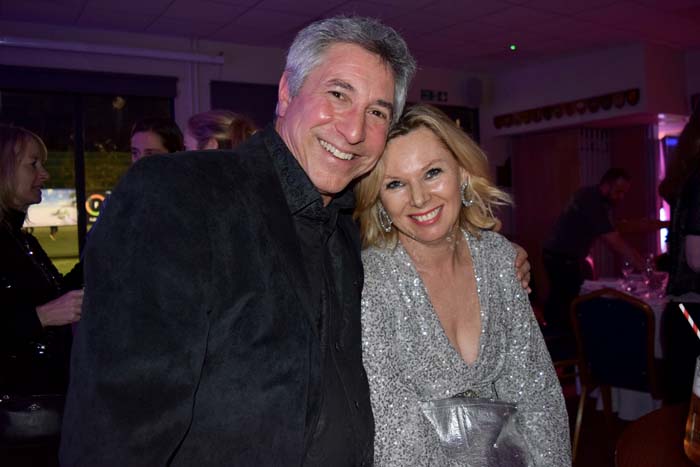 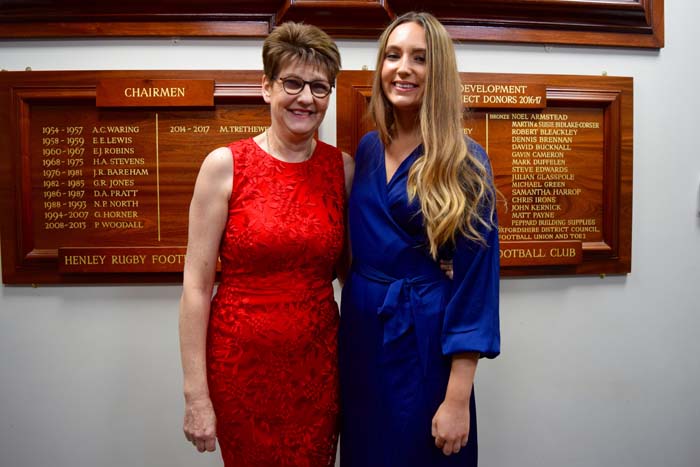 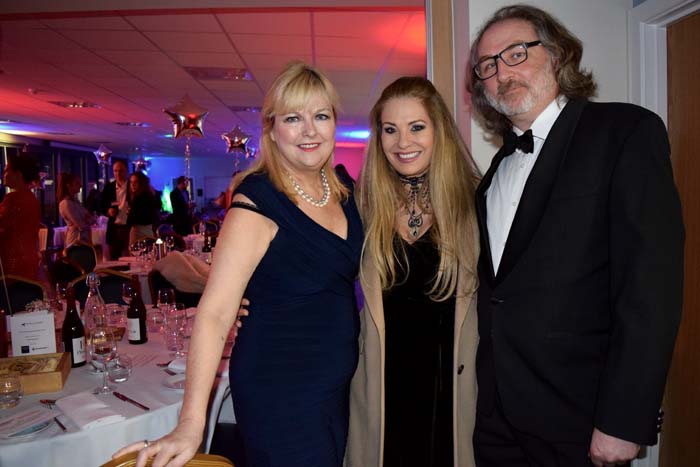 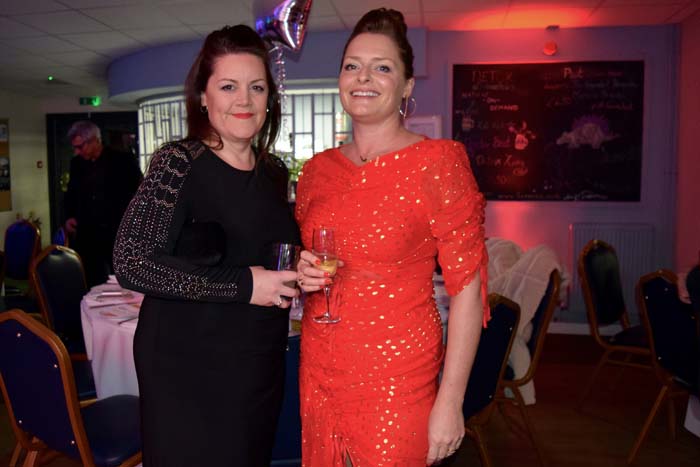 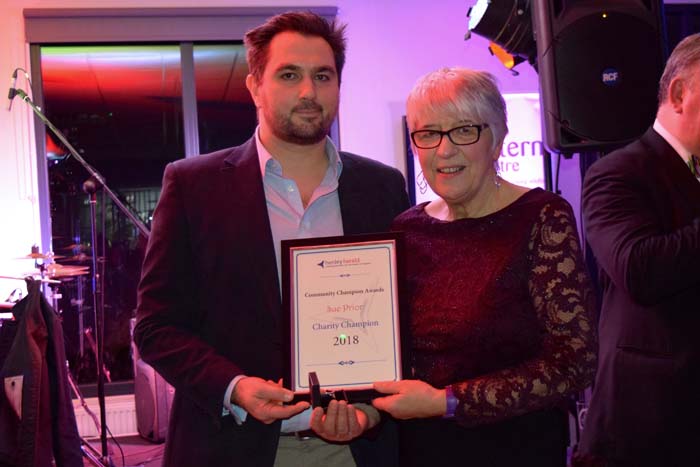 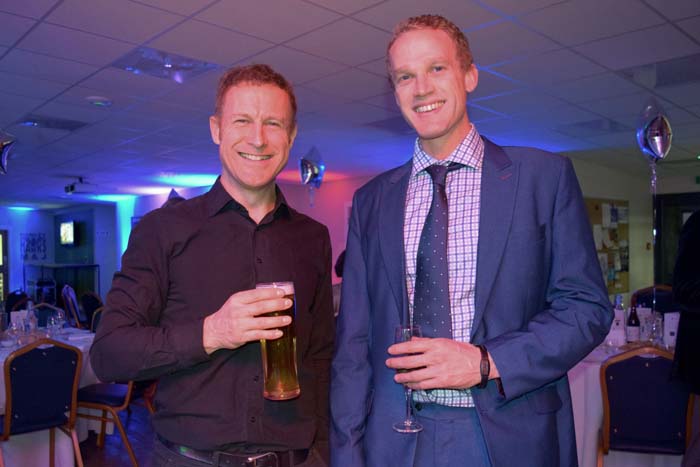 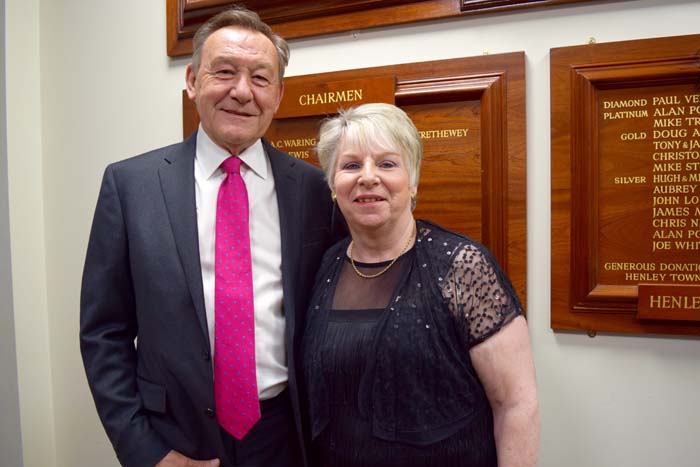 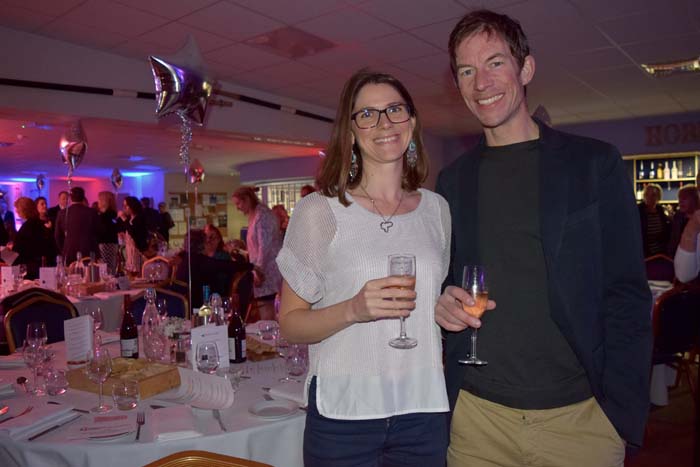 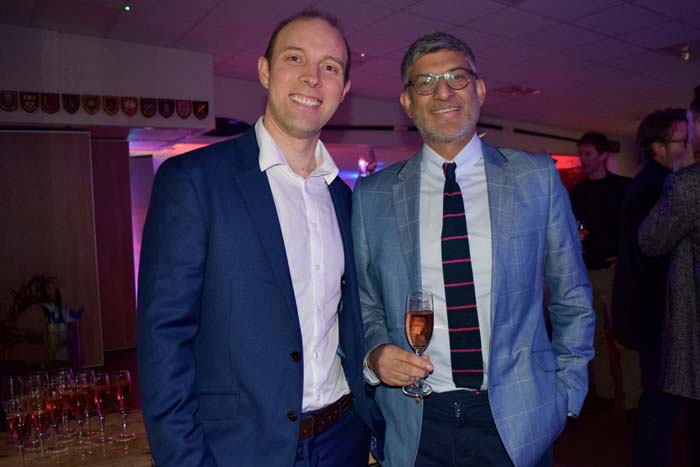 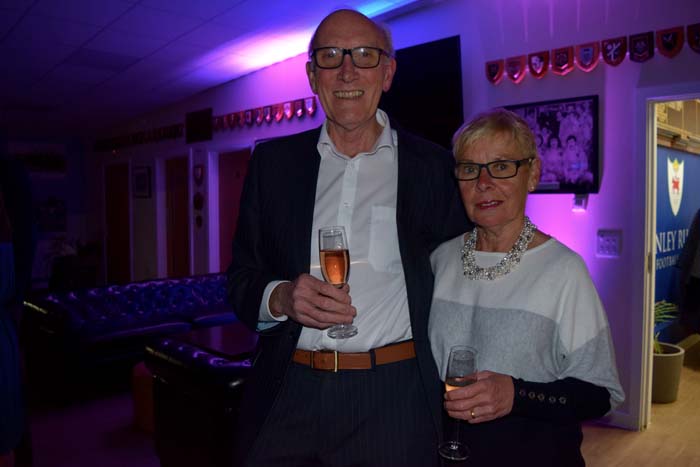 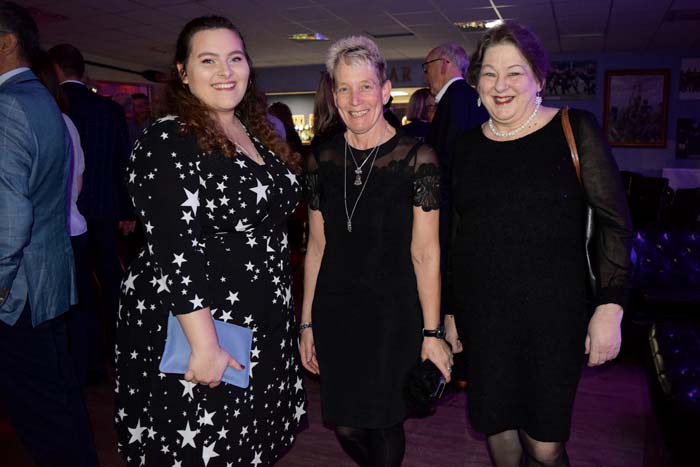 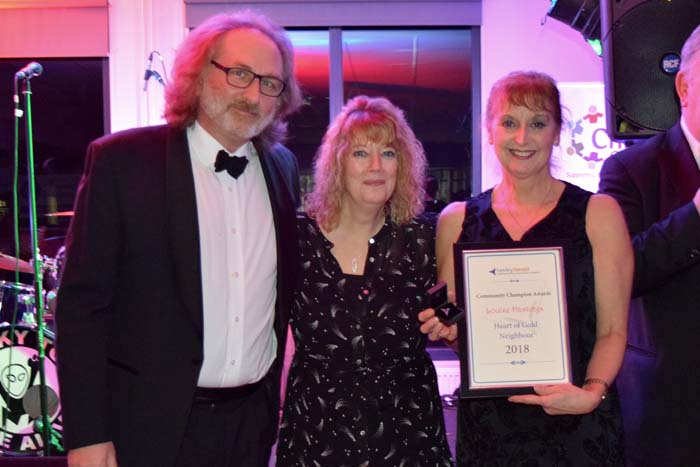 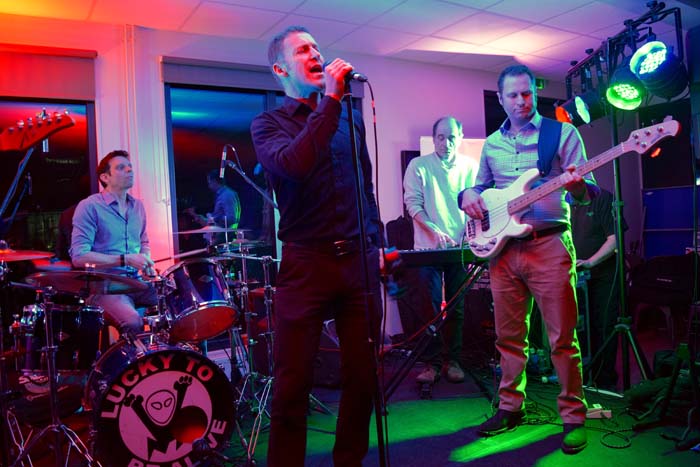 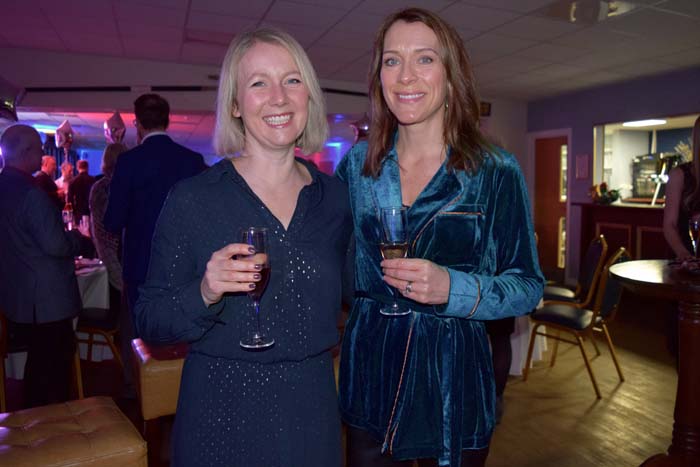 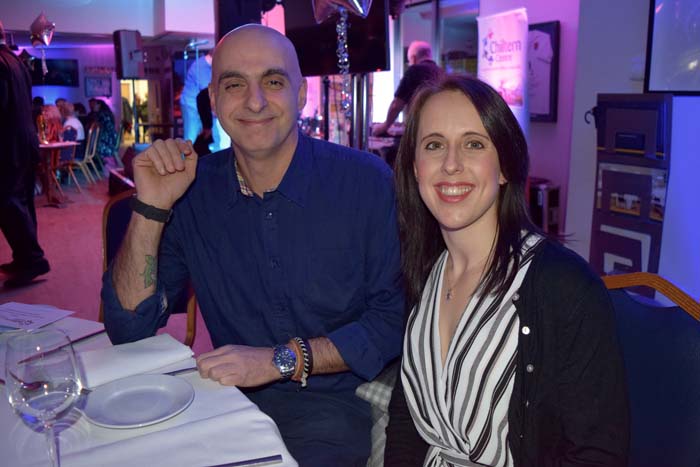 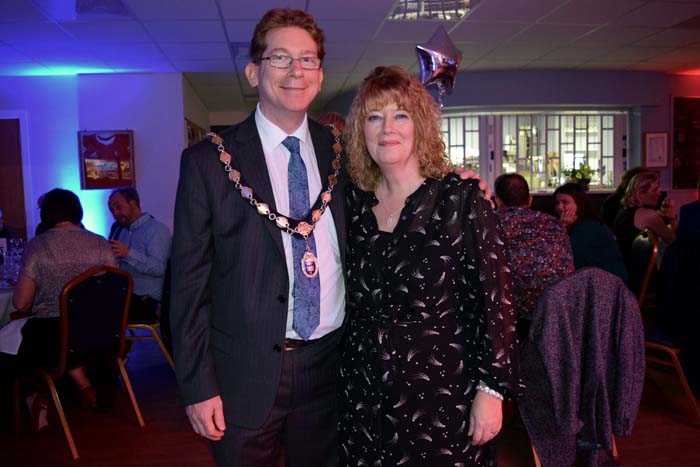 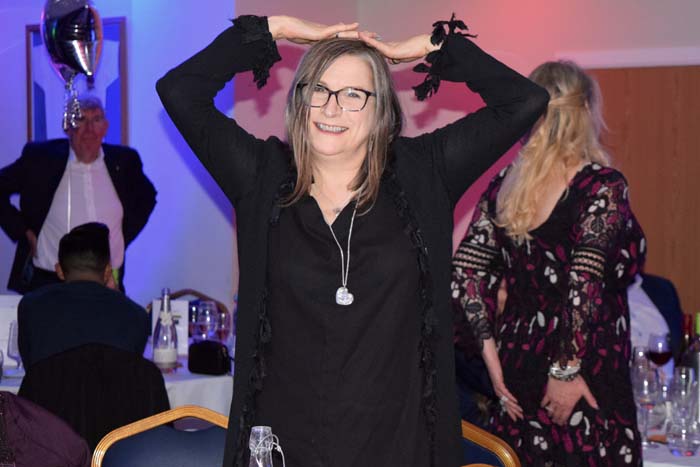 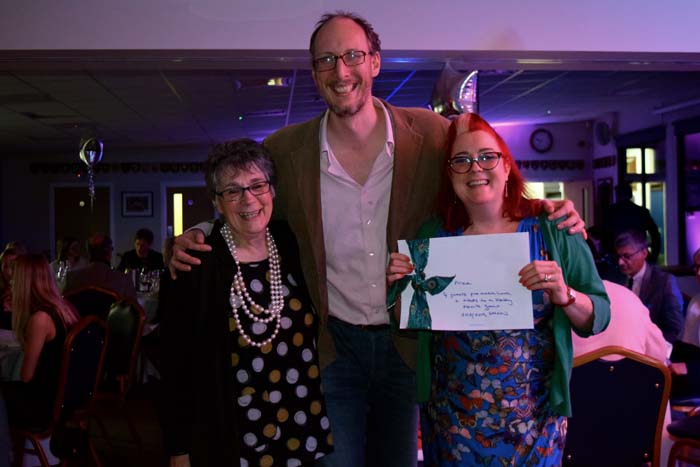 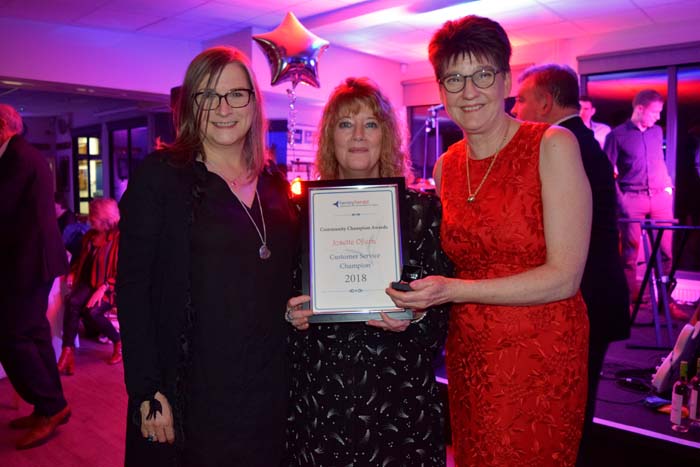 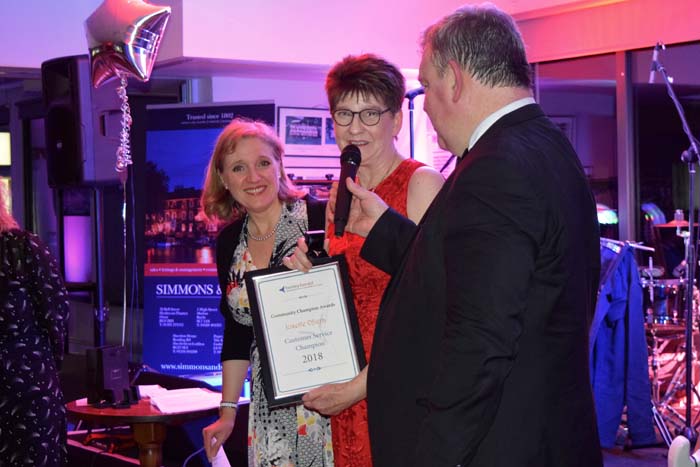 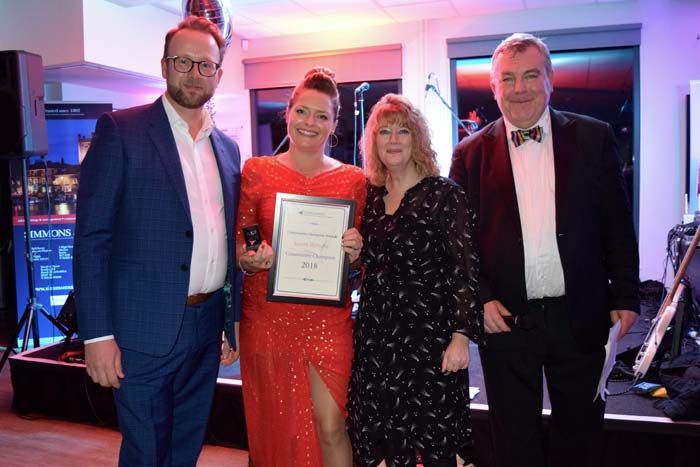 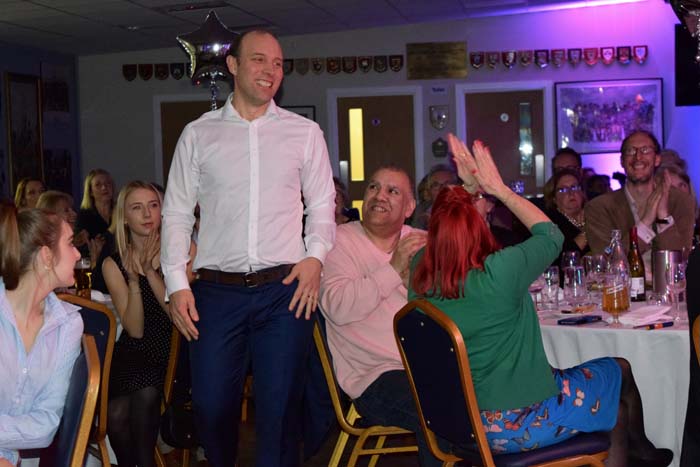 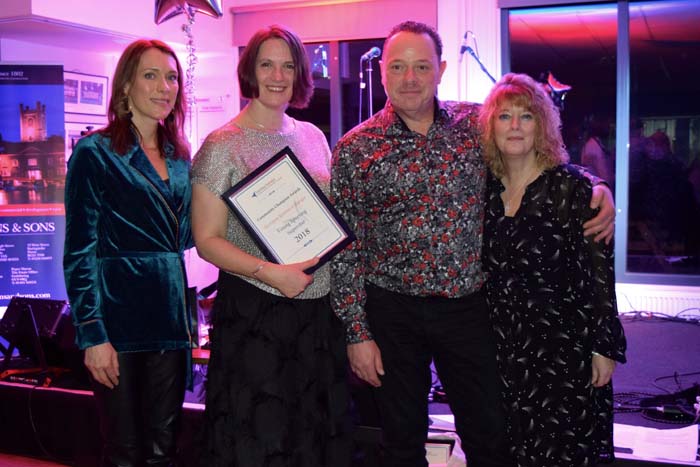 Last Friday brought a party like no other as Henley’s community stars were honoured at the first ever Henley Herald Community Champion Awards. Many of the town’s familiar and most beloved faces came together at Henley Rugby Club for the special occasion, which recognised heroes of our community. With a delicious curry feast, an abundance of wine and bubbly, and great music from local band Lucky To Be Alive, the evening was a wonderful celebration of Henley’s favourite champions. More than just an opportunity to boost some community spirit, the Awards party raised just over £2,000 for the Chiltern Centre for Disabled Children.

The event was compered by Rob Heginbotham and Michaela Clarke, Editor and Founder of the Henley Herald. Michaela said, “When I started the Herald six years ago, my vision was that it wouldn’t just be about reporting the news, and tonight is just an example of this.” It was the inaugural year for the Herald Community Champion Awards, with voting having taken place last November through an online public vote. Over 400 votes were received for the six awards, which boasted 38 nominees chosen by the Herald readers. Each of the nominees demonstrated outstanding achievements, proving just how many incredible people we have in Henley. Michaela added, “Tonight we will be honouring individuals who are making a difference in our community — helping to make Henley special.  Everyone who has been nominated should feel very proud.”

In true awards ceremony splendour, the winners of each award were announced with a golden envelope reveal and called to the stage to collect their prize. First to be presented was the ‘Charity Champion’ category, which went to Sue Prior for her work with the Nomad Youth & Community Project. Louise Hastings was thanked for her kindness and generosity, scooping the title of ‘Heart of Gold Neighbour’. Josette Ofiera from WH Smith was crowned the ‘Customer Service Champion’, thanking her daughter, Stephanie, “without whom [she] wouldn’t be here.”

Jill Robinson collected the award for ‘Young Sporting Superstar’ on behalf of her daughter, Georgina Robinson Ranger, who won for her rowing prowess. Jill said, “Georgie is doing a 5k ergo tomorrow morning, which is why she couldn’t come tonight, but she’s very fortunate to live in Henley and have brilliant Henley coaches down at Henley Rowing Club.” Also acknowledged for his help in raising the next generation was Badgemore’s legendary Tim Hoskins, who stole the title of ‘Top Teacher’. He exclaimed, “Firstly, thank you to those who voted for me. I just want to say, I’ve been teaching now for 8 years in Henley, and this is an amazing place. There is so much support for the schools, so many organisations going on, and it’s just wonderful, so thank you to all the people here for making it such a great place.”

The final show-stopping award was for the ‘Community Champion’, and was claimed by Henley Music School founder, Laura Reineke. On receiving her prize, she said, “I think it’s probably because all the kids from Music School voted for me, to be fair, so I probably didn’t deserve it quite as much as others. It’s mainly dealing with people in the schools like lovely Tim that make me realise what needs to be done. Schools funding is so appalling that kids aren’t getting an all round education. All I feel is that I love music, kids love music, and it should be accessible to all. So if you own an instrument and would like to get involved in Youthful Orchestra, please do. And if you have children, get them involved in Music School – it’s good fun. Music should be for everyone.”

Each of the winners received a certificate and a specially commissioned silver pin badge in the shape of the Herald logo, crafted by Studio 35 jewellers, to be worn with pride! Two of the awardss held particular significance, as they were dedicated to young Henley men who tragically lost their lives in 2017 and 2018 – Rob Myles-Hooton and Simon Priestley. Michaela commented, “I am delighted that their partners, Pam and Julie are able to join us here this evening.”

Though much of the focus of the evening was on the winners, and the equally deserving nominees, there were plenty of opportunities for the partygoers to also claim a win of their own. The obligatory raffle touted some exciting prizes: tickets to a Henley Hawks game, champagne afternoon teas at both Phyllis Court and Hotel du Vin, lunch at Hurley House, general admission to the Henley Festival 2019, and a gift voucher from Laurence Menswear. There was also an entertaining game of ‘True or False’, where players could win a bottle of champers for their local knowledge.

Perhaps the most significant beneficiary from the Community Champion Awards was the Chiltern Centre, the local charity which provides respite care for children and young people with disabilities. All of the proceeds raised by ticket sales, the raffle and entertainment, will help to continue the Centre’s important work. The Chiltern Centre’s running costs alone total nearly £200,000, so every contribution has a huge impact on their valuable charitable service. Emma Lerche-Thomsen, former fundraiser for the charity and co-organiser of the awards party, said on Friday, “I want to say thank you to Michaela. Thank you for choosing the Chiltern Centre as your receiving charity. We have already raised nearly £1500. And I want to say thank you to Rob Heginbotham for all his kind effort in making this evening really successful. I hope you all enjoy yourself and get up and party!”

To end the evening with a bang, local band Lucky To Be Alive took to the stage for an energetic performance, kindly donating their time for the charitable event. Fuelled by curry and fizz, guests got straight up on  the dance floor to boogie the night away — a joyful finish to round off the festivities with Michaela, Sam Thirlby-Smith and Richard Rodway having a turn on the tambourine.

The event could not have taken place without the tremendous support of the party sponsors, Simmons & Sons and ManningUK Insurance and the six award sponsors, Bonds Estate Agents, Philip Booth Esq, Meadows Farm Studios, Brakspear, Southern Plant and IBS Office Solutions who helped present their respective awards. Thanks also must go to Jan and Anthea at the Fairmile Vineyard for their generous donation of Henley fizz, and to the Menza team at the Henley Rugby Football Club for their help with the venue, the delicious meal, and the helpful staff.

Nominations for the next awards will open again in September, and if this year is anything to go by, it’ll be yet another display of Henley’s most remarkable people. A massive congratulations, again, to the Henley Herald Community Champions and the phenomenal nominees, who continue to make our town a wonderful place to be.

The full results were as follows: