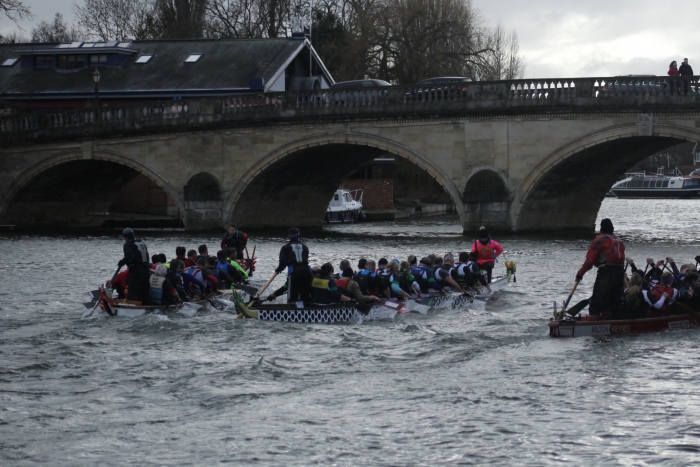 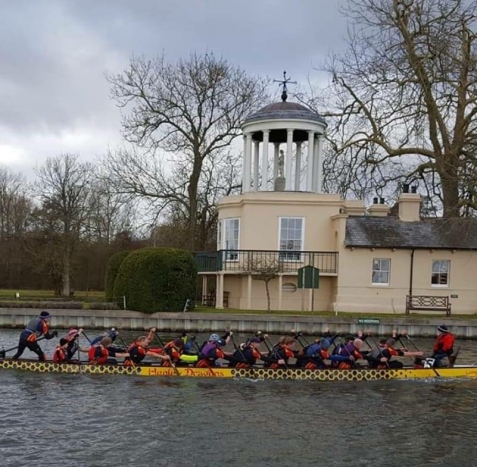 Undeterred by the choppy, windy conditions, 5 dragon boats and 5 outrigger canoes joined Henley Dragons for their last Winter Series event of the year last Sunday.  Crews travelled from far afield to take on this 7km challenge.
The race starts at the top island near marsh lock, travelling downstream, with crews being released every 45 seconds with the slowest being set off first.  Crews gather speed before they cross the start line in front of the Eyot Centre. From here the pursuit kicks off downstream to Temple Island for a racing turn heading back up stream. With the wind, crews were fighting their way back upstream past Phyllis Court and back under Henley bridge. The crews pass up along Mill Meadows to the top turn and then sprint back to the Eyot Centre. 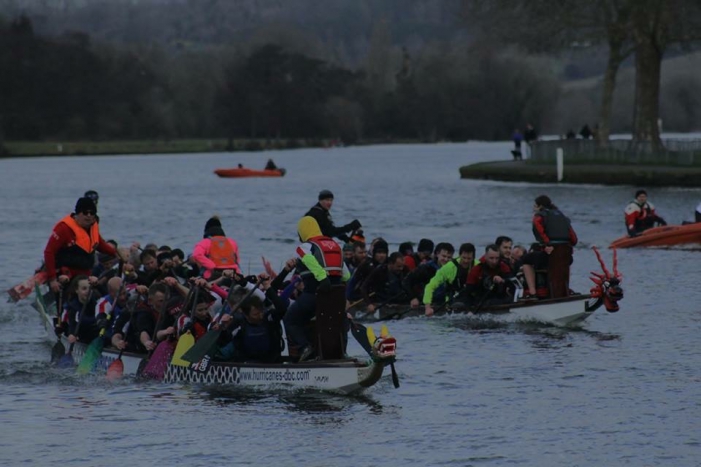 Hurricanes hunted down by Wraysbury & Rafters

The helms had their work cut out for them just lining up near the start line as the wind churned up the river, rocking them all about. Pink Champagne was set off first, a crew comprised of breast cancer survivors. It has been found that many health benefits are associated with paddling, from building up strength and endurance to mental wellbeing. Hot on their heels were Hurricanes Allsorts, Secklow Hundred and Henley Dragons. Hunting Henley were Wraysbury and Rafters. Kicking off the outrigger race was a new addition to the race, a three man outrigger V3 canoe called Jurassic. Royal Outrigger Canoe Club (ROCC) men, Royal Outrigger Canoe Club women, Paddlesports mixed and C6 Heave also joined in the race. 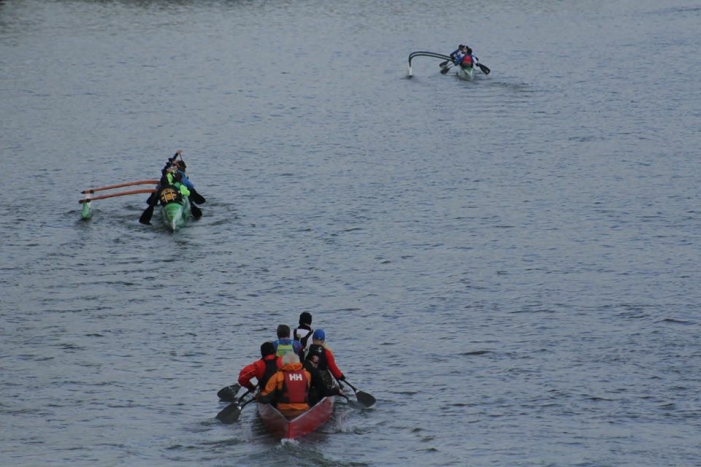 The outriggers overcome the wind as they navigate the Thames

Henley Dragons started well, initiating their race start and transitioning into their full, long, strong stroke. They gained on Secklow with every stroke, whilst they both navigated around Pink Champagne as they all charged towards Temple Island. Behind Henley, Wraysbury and Rafters were having their own battle…they were upon each other as they navigated around Temple Island. As Henley turned they could hear them both tightly behind them. The battling Wraysbury and Rafters navigated into the middle of the river as they both overtook Henley on their return stretch. Strategically, Henley used them both by tucking in behind. As clear water started to appear between them, Henley sought shelter on the bank side. Wraysbury and Rafters continued their battle for the entire race, as they both surged past Hurricanes just before Henley Bridge. Three dragon boats aiming for the same arch…when Rafters and Wraysbury dramatically changed direction and channelled themselves both towards the middle arch. Great helming allowed Wraysbury the opportunity to ride Rafters’ wash to carry them along, Rafters were unable to shake them off. They both finished neck and neck after navigating around the top turn together. Henley Dragons continued their hunting of Secklow Hundred, always having them in their sights, but sadly not able to catch them. 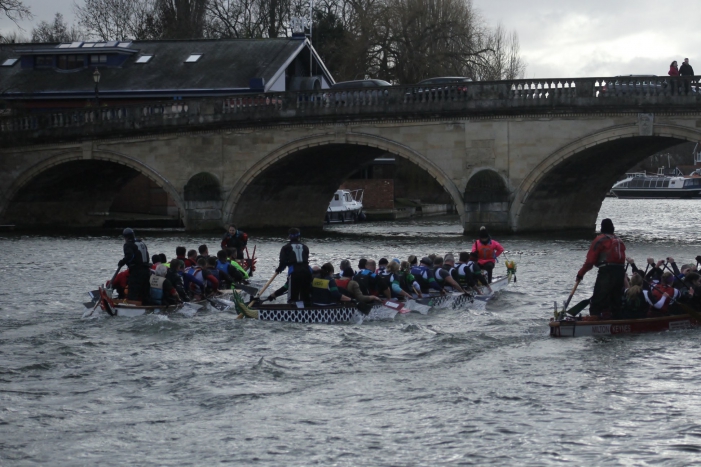 Rafters finished first in a time of 32:48, Wraysbury in a time of 33:21 and Henley came third in a time of 35:13. As this was the last race in the series, this is also the finishing order from the series as a whole. Taking into account the British Dragonboat Association (BDA) teams, under which Rafters do not fall part, Wraysbury were the first BDA crew and Henley Dragons finished second. Third place overall went to Secklow Hundred.
The V3 did a magnificent job navigating the river in these windy conditions completing the course in 39:10. Late entry C6 Heave finished first in a time of 34:36. ROCC men finished second in a time of 36:01, ROCC women in third in a time of 39:05.
Henley Dragons now look forward to competing across the country in their BDA league events. Their first race is in Worcester on the 14 April 2019. 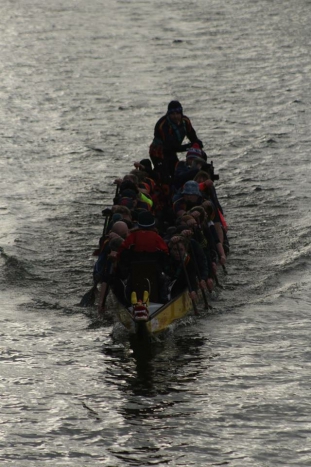 Citizens Advice – Save Money on Energy Bills
Scroll to top