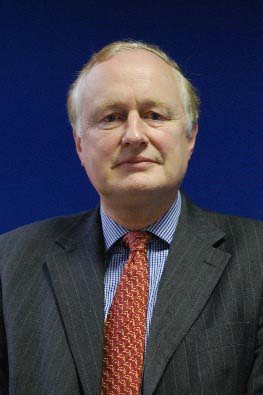 The Rotary Club of Henley Bridge were delighted to welcome Captain David Balston to their January speakers meeting. Captain Balston gave a talk about the work of Trinity House and his 32 year career serving in the Royal Navy, during which time he commanded three submarines including a Trident submarine. David is currently Director of Policy at the UK Chamber of Shipping.

David explained that Trinity House is a charity dedicated to safeguarding shipping and sailors, it is responsible for ensuring that lighthouses, buoy’s and other safety measures are working properly. It has other responsibilities including: providing education, welfare support and almshouses for sailors.

Trinity House was established in 1514 after a guild of mariners using the tidal Thames were concerned with poor conduct on the river with inexperienced sailors endangering life and causing many accidents which were avoidable. The first Master was Sir Thomas Spert, Master of the Mary Rose. Since then Trinity House has evolved to become responsible for navigation around Great Britain, welfare provision and training sailors including naval pilots.

David also spoke of his time in the Royal Navy commanding submarines. David was often as sea for as long as 14 weeks with no contact with family or indeed anyone above the sea, as the location of submarines is a closely guarded secret. David’s submarine took part in  the Falkland Island battles and was closely involved with the Cold War tracking Russian submarines.

David talked about incidents on board submarines which in retrospect are funny, but at the time were difficult to manage. For example, on one trip a disgruntled sailor responsible for stores waived the submarine off with 14 weeks supply of sweet corn and luncheon meat, not a great menu for breakfast, lunch and dinner, in fact 140 meals. David having served on two diesel submarines, was able to speak from experience, when he told us that serving on diesel submarines is very unpleasant as everything, food, clothes, possessions and your skin become impregnated with the smell of diesel, which takes a good scrub to remove.