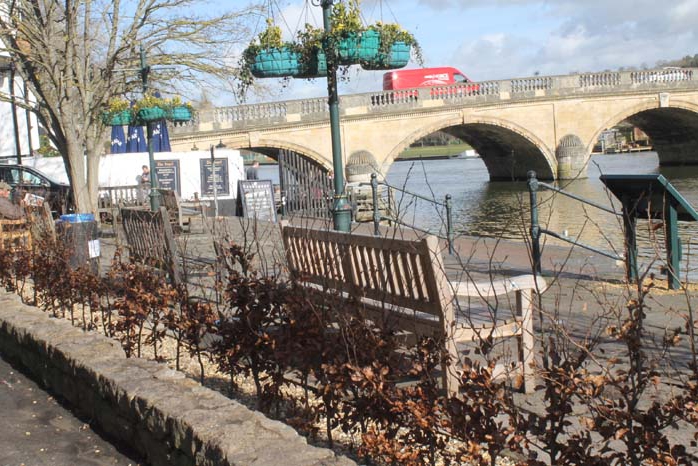 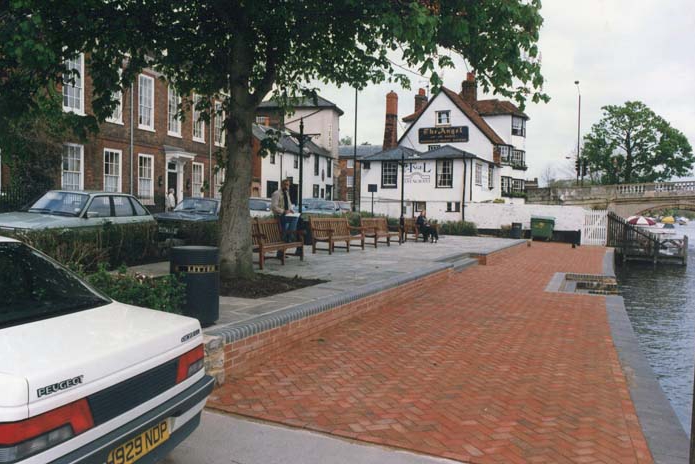 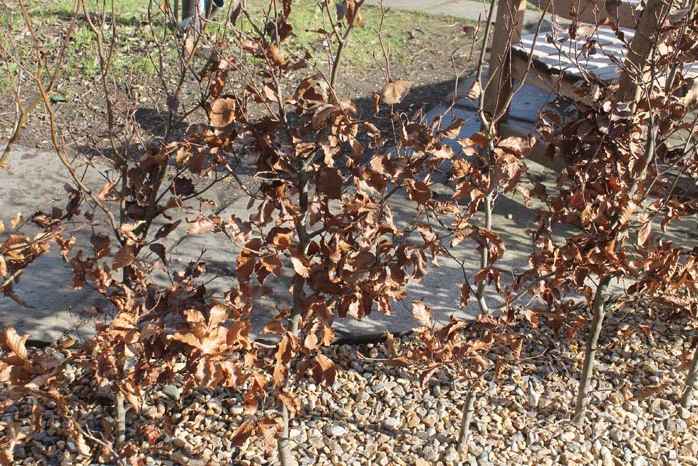 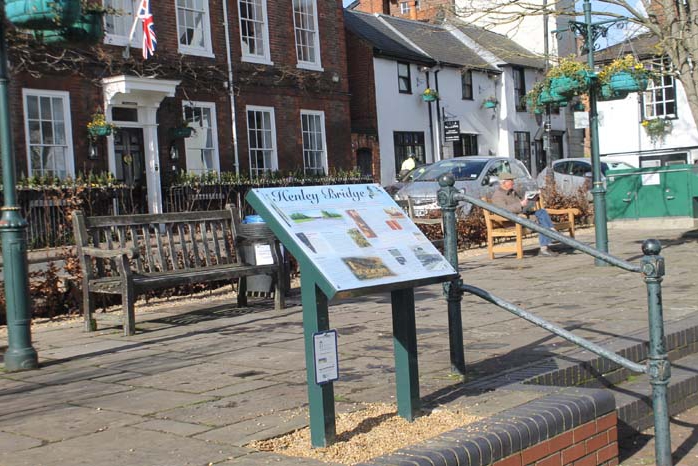 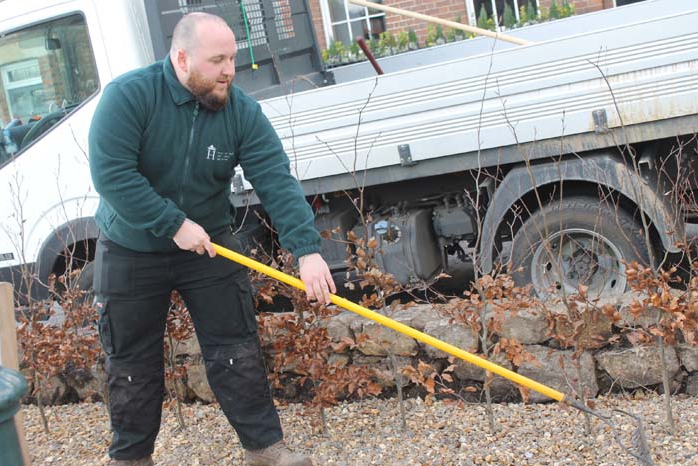 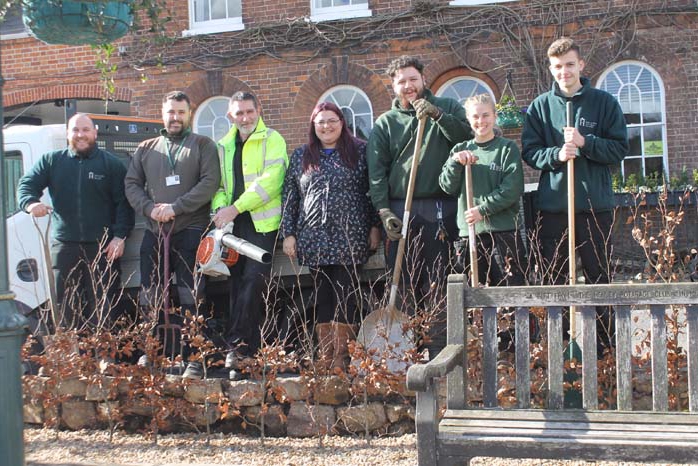 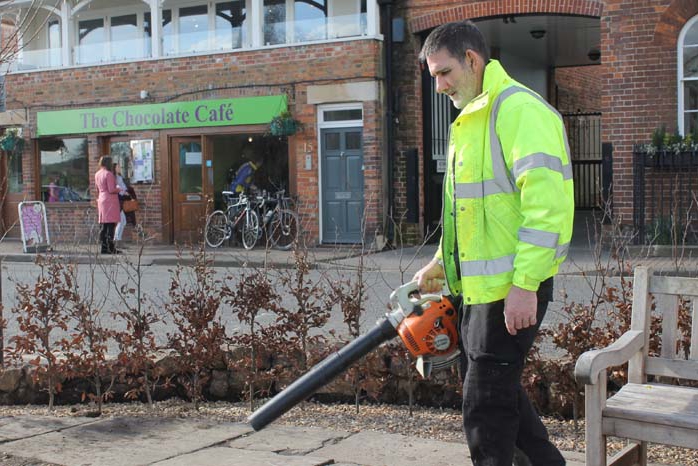 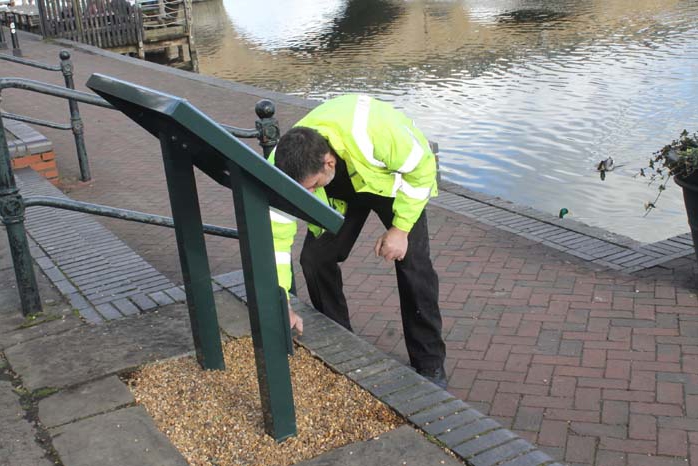 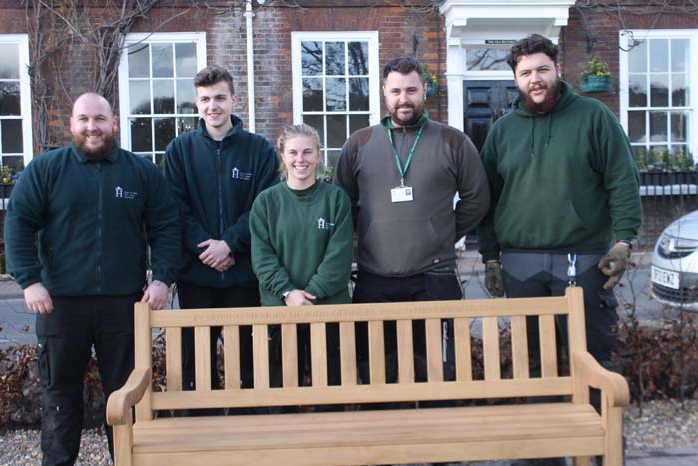 Singers Park, next to the Angel on the Bridge pub, is probably the best spot on the river to sit down to stop and enjoy the view.  It has now been transformed back to its former glory with a new lower hedge, cleaning of the paving stones and a new memorial bench.

After over 18 months of Henley Town Council trying to resolve a serious problem with rats nesting in the old privet hedge and reports of anti-social behaviour, the hedge has been replaced by 120 new beech hedge 3-4ft saplings planted around the edge of the park by the Park Services team.  Kyle Dowling, Henley Town Council Horticultural Warden said, “The original hedge was in a pretty bad state. We came up with ideas to improve the area and to resolve the issues. The idea of planting a native beech hedge was approved.  When the hedge comes into bud, it will be raised from the bottom stems to keep the bases exposed and to stop the rats burrowing and it will be kept at a manageable height.  We have used mesh and matting below the gravel stones and above the soil to put a barrier there. If the rats get past the stones the metal mesh below will mean that they won’t be able to get any further.  Having the hedge at a more manageable height will also stop the anti-social behaviour.  It gives people sitting here with food privacy from the road behind and it also allows people walking on the pavement behind to see the lovely views of the river too.  All in all it is massive improvement on the area.”

Many people may have forgotten that the original hedge was as low as the new one – the second photo above shows what Singers Park looked like 25+ years ago which was taken by Councillor Ken Arlett.

Karl Bishop, Acting Parks Manager said, “Since day one of taking out the hedge we have had positive feedback from the general public.  We have only had the odd person who has not responded very well to it.  The few people who didn’t want the hedge ripped out have now turned positive since they’ve seen the new one.  We only saw 1/2 rats when we took the hedge out.  We came across a nest but there was nothing in there.  There was a lot of rubbish matted together which meant no wonder there the rats in there.  These are the measures that we have taken, we though will still have pest control in the area and will be continuing to monitor it too.”

Lavender plants will be planted later in the Spring to enhance the area and to deter the rats further as they don’t like fragrant plants.  A new memorial bench, adding to the six already there,  in memory of John Geddert (Proud Henley Boy 1940-201) has been installed and new aesthetically nicer and larger bins with pest control baits in the bottom will soon be installed too.

Jeanette Cronin from Scott Investments who have their offices opposite Singers Park and offered to contribute towards new railings to be installed instead of hedge said, “We’ll need to give it time to see how it will look.  The main aim is go get rid of the rats.”

Chair of Henley in Bloom, Councillor David Eggleton said, “I think it looks nice now and I’m sure it will look a lot better when it is established.  Good things you have to wait for.  They don’t just appear.  I think it is going to get rid of the rat problem as rats don’t like open areas.   It will also address the anti-social behaviour.  Today, I’ve been watching people sit back and enjoying the view. A big thank you to Park Services for doing a great job.”