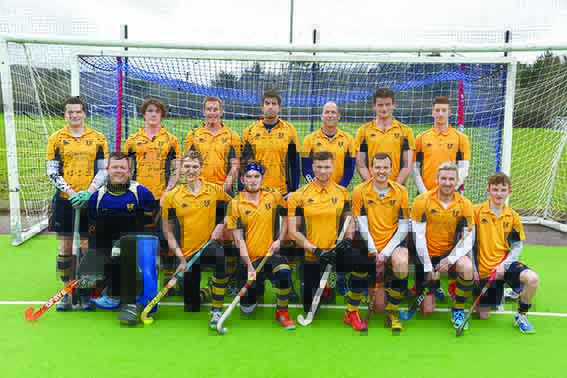 On a positively balmy afternoon,  Henley 2nd XI took on Old Merchant Taylors knowing that only a win would keep them in the promotion hunt. With the crowd still piling into the Mighty Jubilee, and skipper M Woolfrey having resolved the sexual orientation of his team with regards to shirt selection, the game got underway.

With the sun up high and a considerable lack of rain during the week the pitch was really dry and sticky.  This did not make for a flowing game of hockey and both sides struggled to link any kind of play together. The chance of the opening 15 minutes fell to Henley. With some good play down the right, the ball was put across goal with the OMT keeper isolated. The goal was open. The crowd held it’s breath. The ball fell to Matt Herbert who promptly fell over. Matt, almost unrecognisable with a new haircut and his customary bandana on it’s way back to the 80s rock scene, looked up sheepishly as even the opposition laughed.

Finally a break through came and it came from Henley. The ball broke down the right and found Kevin Nield in the D to slot home. Kevin, enjoying a strong first season with Henley having wanted to move up in the world from Windsor, scored what was truly a goal that no-one will remember. A second closely followed for Henley from a short corner. After last week’s marvellous effort, it was expected that Ali Slay would again step up to take the strike but unfortunately the strong sun was taking its toll on his fair skin and he was unable to make the long walk over the half way line. Up stepped Joel Forrester to drag flick into the net in what could almost, but not quite, be called ‘top bins’.

With the score at 2-0, the whistle went for half time with Henley feeling in control but aware that they’d need to improve in the second half to ensure victory.

Now when I was young I remember my mum telling me that if I had nothing good to say about something then I shouldn’t say anything at all. With that in mind, the final whistle blew and Henley came through the victors, 2 nil, with a solid, if uninspiring performance.