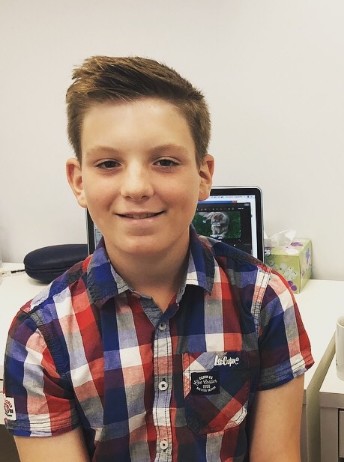 Connor Botha, 12, is well on his way to achieving his dream of becoming a future film maker.

He has already won two prizes in the Henley Youth Festival’s Film Competition achieving Best Short in 2018 for ‘Mission Barcelona’ and a Highly Commended for Best Script in 2017 for a ‘Journey on Foot’.

Since then he has produced a music video for Sir Tim Rice of ‘The Lion King’ fame, and a fundraising video for Maria Spink’s charity Lyra in Africa.

He has just submitted his 2019 HYF Film Competition entry and is looking forward to editing the festival’s annual showreel – the 2019 HYF Film. This year’s festival theme is aptly ‘Dreams’.

Connor takes every opportunity to expand his skill set and build his You Tube channel ‘Studio 382’ – he volunteers at Richard Pinches’ Meadow Farm Studios, has a keen enthusiasm for visual effects and finds the Henley Youth Festival (HYF) especially encouraging.

“It gives me the motivation to make movies. I love the buzz you get after filming, when it’s all perfectly put together and done.”

The best thing about the film making process for Connor is editing and visual effects. He especially likes seeing everything come together and is now learning how to fly the drone he received for Christmas before experimenting with other techniques.

“I need to master the drone first before moving on to CGI and Go-Pro.”

Action movies are Connor’s favourite and he dreams of a job in visual effects. He is interested in CGI and has an inkling you need to be good at maths and perhaps have a degree in animation or photography, but has no defined pathway for his future career.

His heroes include the usual suspects such as Steven Spielberg, Henley-based director, screenwriter and producer Paul Greengrass and visual effects specialist Chas Jarrett, whom he recently met during a trip to ILM Studios where the new live-action adaption of ‘Aladdin’ is in post-production.

Connor is passionate about working in the film industry and believes the key to success is not to find work a chore – his recent visit to Disney had quite an impression.

“You could tell that the crew really loved what they do and were not there just for the money.”

The HYF Film Competition invites young people to make a film or animation. Connor finds this really motivating and uses the opportunity to present any new skills he has been learning to a local audience.

“Everyone can do whatever they love and show-off in our community.”

Connor won Best Short in the 2018 HYF Film Competition’s Junior Category (Age 7 to 11) for his three-minute film ‘Mission Barcelona’ about a secret agent searching for the Olympic torch – so far this is his favourite production.

The winning entry took 18 hours to complete over the course of one month. Filming took eight to nine hours across different locations and there were many shots to review before Connor put everything together in the edit.

On winning Connor said “I was completely flabbergasted as I never expected to win – three minutes is such a short amount of time, I just did it because I like making films.”

Connor worked on this 2019 HYF entry over half term and commented, “It will be low on visual effects and more wholesome. I began by doing some ‘scuff shots’ for rough ideas with a friend using a new DSLR camera to improve film quality.”

Film entries are assessed for imagination, creativity and innovation and will be judged by award-winning Henley director, Jo Southwell, for the second year running. All entries will be shown at the HYF Art & Film Exhibition on the 16th & 17th March at the River & Rowing Museum.