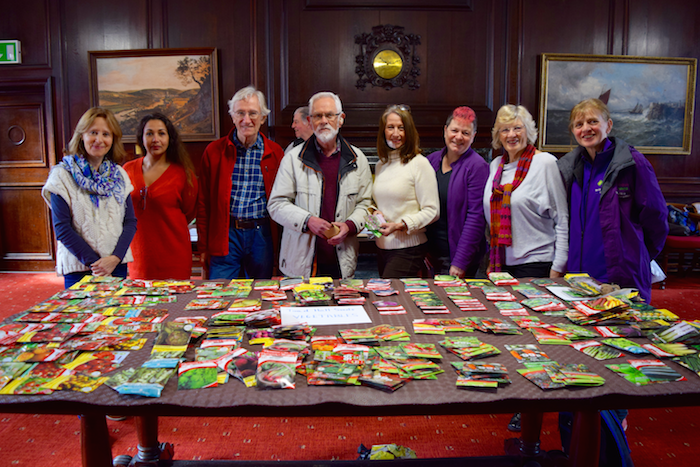 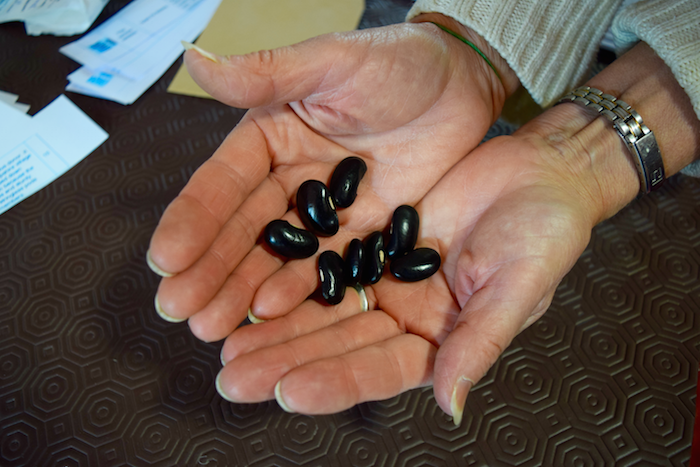 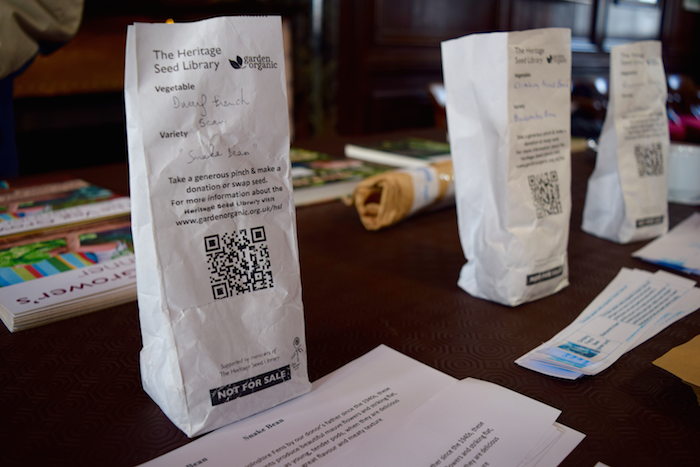 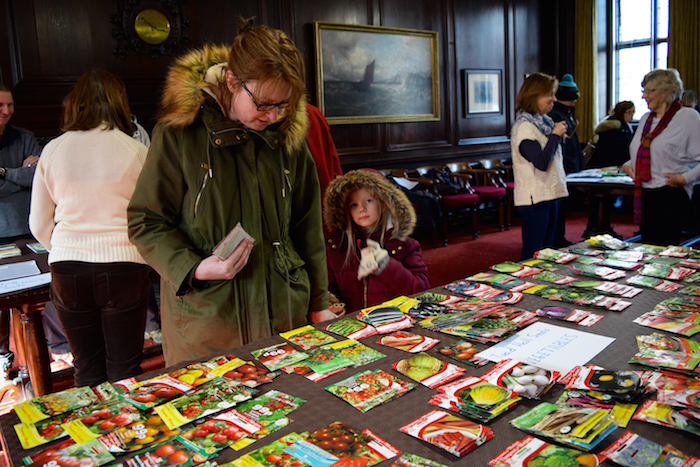 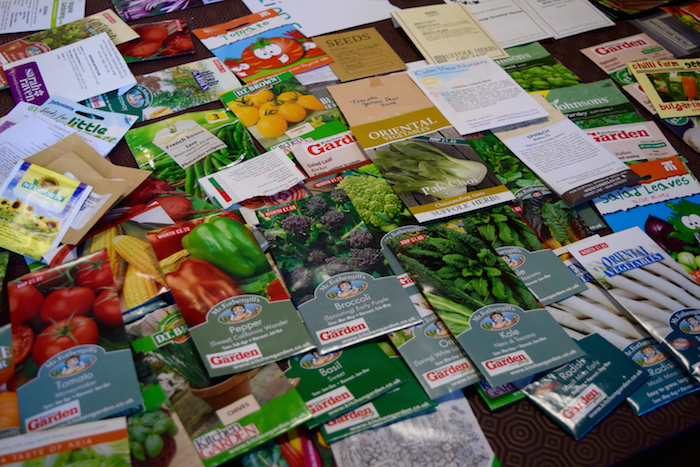 Henley’s green-fingered residents were in for a treat on Saturday morning at the first ever Henley Seed Swap. Budding gardeners and seasoned veg patch enthusiasts were invited to the Town Hall where they could dig through piles of donated seed packets. The free event, organised by Henley in Bloom, Henley Allotments Association and Henley in Transition, welcomed growers of all abilities, even if they didn’t have seeds to swap.

The Town Hall Council Chambers were laid out with four tables full of seeds. From peppers, to potatoes, to pak choi, there was enough variety in fruit, vegetables and herbs to rival any supermarket aisle. A vast amount of the seeds – two whole table’s worth – were donated by Toad Hall. The seeds, past their sell by date,  were unable to be sold but still good for germination, giving lucky seed swap visitors a bounty of choice.

A third table hosted a collection of six unusual seeds from the Heritage Seed Library. The rare varieties of beans and peas came complete with background information, encouraging people to add a unique new plant to their veg patches. The fourth and final table displayed the generous contributions of visitors, already full and ready to be swapped after only 15 minutes. Whilst perusing the seed packets, the gardeners could enjoy a cup of tea or coffee and a biscuit, and perhaps swap gardening tips as well!

The Seed Swap was first proposed at a Henley in Bloom committee meeting, inspired by the Eden Project seed exchange. Park Conservation Warden Kyle Dowling took the idea further, collaborating with the Town Council, Henley in Transition and the Allotment Association to establish the first Henley Seed Swap. Any money donated on Saturday has been split between these three groups. Hoping to grow the seed exchange, the organisers are already working on the next event. With an autumn workshop on how to save seeds, along with a second seed swap in spring 2020, it may well be the start of a blossoming gardeners community.