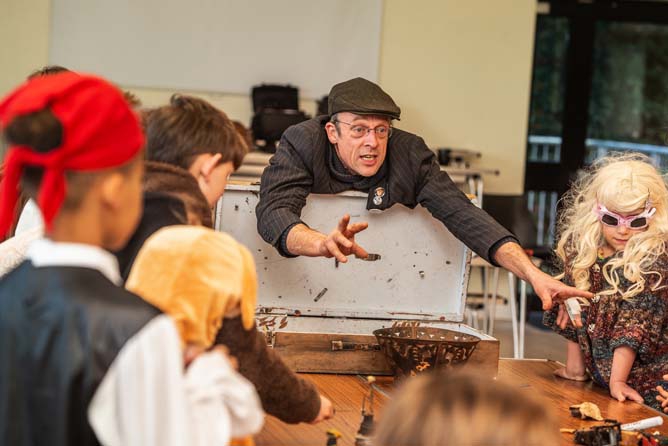 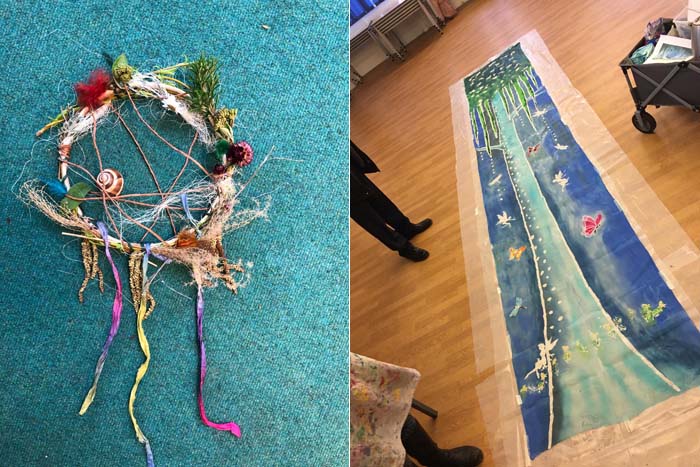 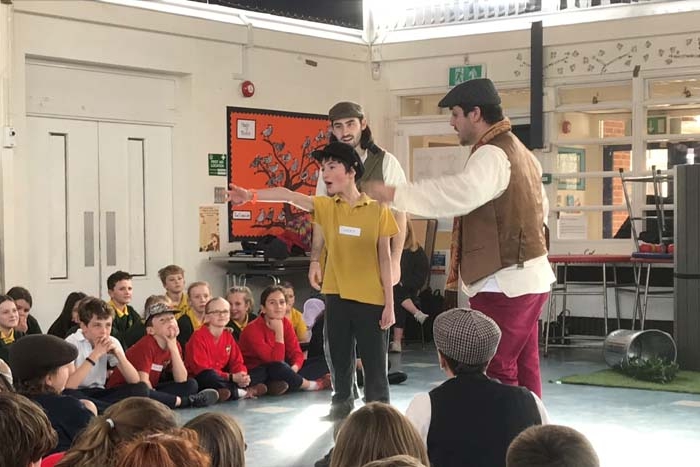 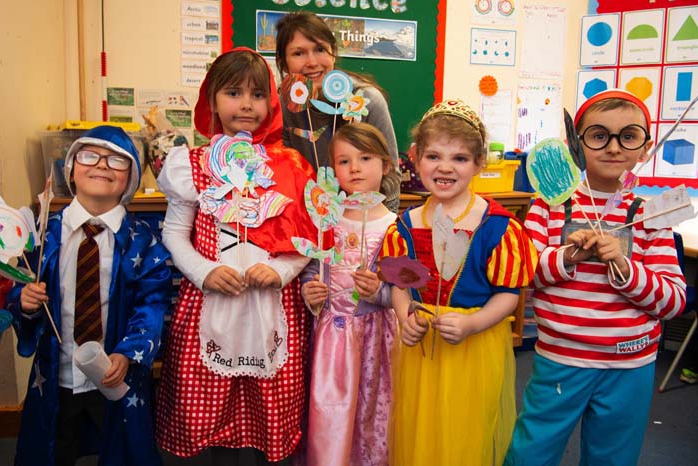 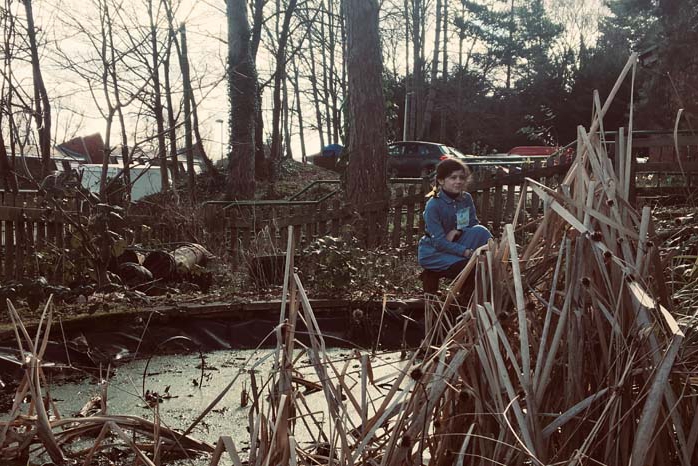 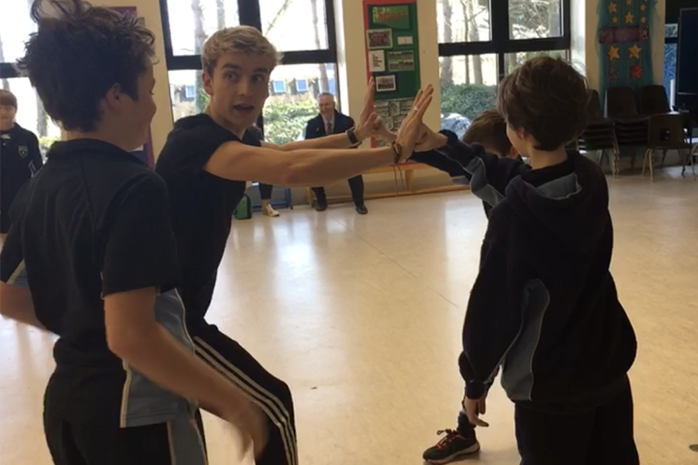 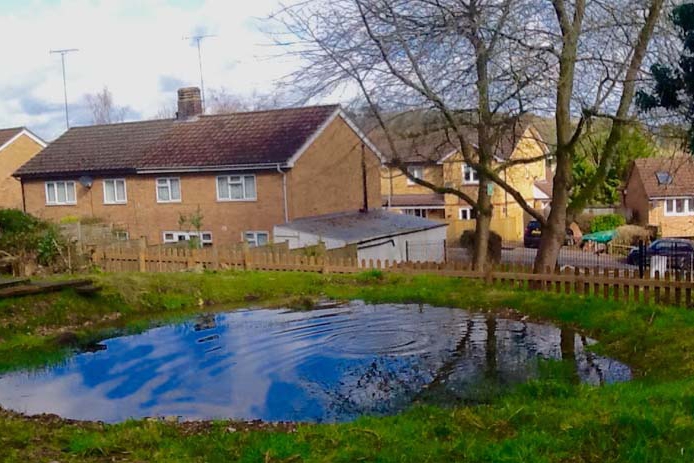 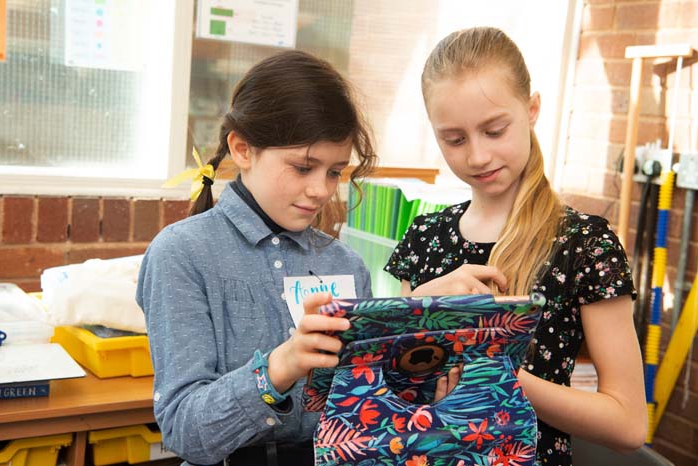 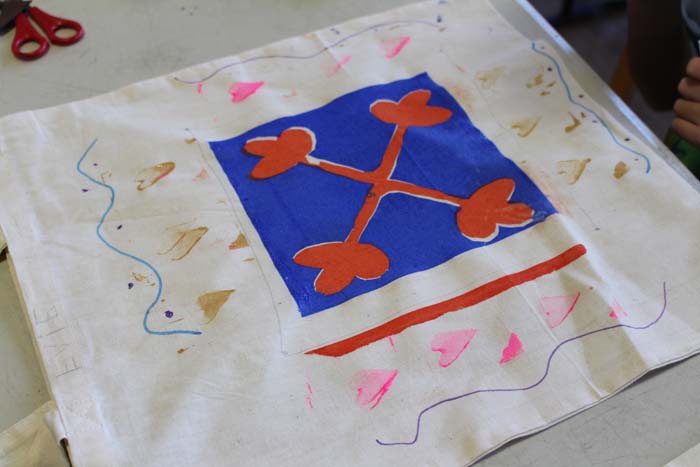 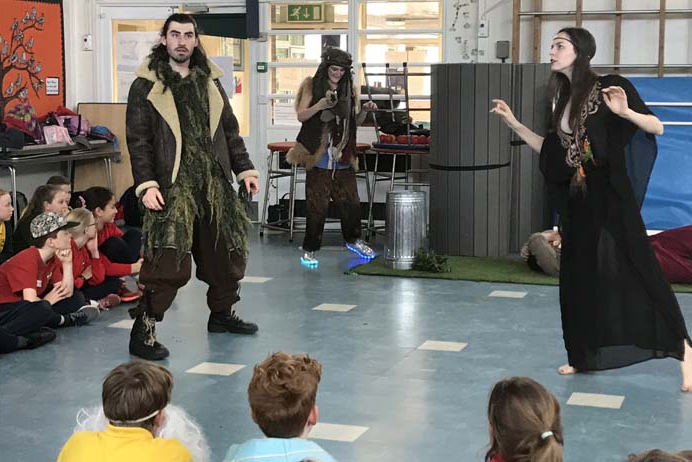 The children made batik backdrops with Emily Cooling and puppet props with Lily Rossiter for a performance at the Kenton Theatre by Shiplake Primary on Entertain night following their workshop with the Young Shakespeare Company. Pupils worked with Artpod on pen and ink woodland creatures and made Dreamcatchers with newcomer Jo Wise of Floral Circus – their work will be on show in the theatre foyer during the Henley Youth Festival.

Clint Osbourne was back with Amazing Animation Dreamscapes, Doctor Brian Squabbles and his Red Van returned as ‘The Master of Dreams’ and pupils worked with Camilla Shelley at the River and Rowing Museum to screen print their William Morris inspired designs onto book bags. New for 2019 was Kathryn Fell’s Smartphone Photography Skills which helped children learn about light, composition and editing photos.

Caitlin and Summer from Badgemore School wrote – Our class of 27 paired up with Kathryn Fell from Kathryn Fell Photography to have a snapping morning of professional photo-taking. Caitlin, 11, said, “Kathryn took us outside to bond with the nature. We took some cool snaps in amongst the outside world.” Badgemore would like to say a huge thank you to Kathryn for sharing her skills with them and hopefully inspiring them to become photographers in the future!

Special thanks go to The Arts Society of Henley and Cornerstone Arts Centre / SODC for their continued support of our arts workshops which are delivered free to schools.

In 2019 HYF will deliver over 2,900 workshop places to primary schools in the Henley area – 70 hours of art workshops in week one, plus 73 hours of other workshop activities during week two, including Urban Strides, The Young Shakespeare Company, Singing with Lucy Hewes, Explorer Dome, Little Blue Monster Productions, Squash, Dancing and Stunt Workshops. Henley College students also got involved by reading to younger pupils and captivating them with their tales.

Seven primaries in the Henley area experienced a fast-paced performance of ‘A Midsummer Night’s Dream’ with four schools hosting a total of 320 Year 5 & 6 pupils on Tuesday and Wednesday this week. The Young Shakespeare Company actors cleverly interwove their production with participation from the children who got to be the main characters, produce the sound effects and set the scenes. Their modern version was punctuated with question and answer sections so pupils could follow the sometimes-complicated storyline making it really accessible for the children.

There was a resounding cheer from all 90 Trinity pupils when the YSC performers asked if they had enjoyed their morning; the pupils given parts commented that it was so much fun and they felt really lucky to have been chosen.

Action! Take 3 Academy Stunts kept pupils on their toes with a dynamic workshop where pupils got an insight into how stunt scenes are put together and even got to stage their own fake fight sequence. Pupil Lucy Jean-Jean said: “I loved it because we got to understand how the dangerous parts are actually done in films. Next time I watch a film I will be looking out for it.”

Children from Sacred Heart, Peppard, St Mary’s, Trinity and Badgemore were obviously having fun at being allowed to ‘push’, ‘punch’ and ‘pull hair’ and not getting told off.  However, they also understood how working and communicating with your partner was really important in order to get the best shot and stay safe.

Mrs Park, Year 5 Teacher at Sacred Heart said: “It was perfectly pitched and really engaging for the kids. I’m just glad I’m not on playground duty after this!”

This Saturday (16 March) the HYF RUN is happening at the Henley Rugby Club between 8.30am – 12.30pm with a Circus Skills Workshop running on the tiger-turf from 10am-2pm. The Writing Competition Prizegiving is at the Bell Bookshop at 4.30pm. Two HYF performances are on at The Kenton Theatre – HYF YOUNG DANCER from 1pm-3pm and HYF SING from 7pm-9.30pm.

The HYF Art & Film Exhibition is at The River and Rowing Museum on Saturday from 11am – 4.30pm and Sunday from 11am – 2.30pm. The Art and Film Competition Prizegiving closes the festival before an invited audience.

For more information about the festival, visit www.hyf.org.uk

HAHG Lecture: Goring and Streatley Through the Ages
Scroll to top