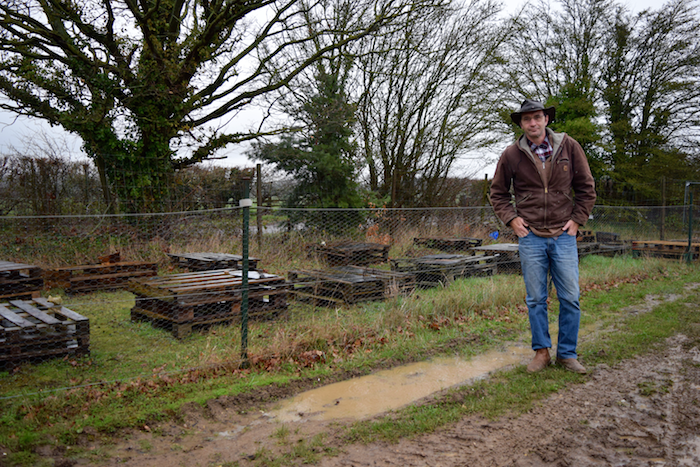 Three bee hives were stolen from a Honeys of Henley site a fortnight ago. The hives, located by a road on the edge of a farm, were taken from a fenced-off area sometime between 1st and 4th March. This was the third bout of bad luck to hit the business after one previous hive theft and a break in at their unit in December 2018.

Honeys of Henley is a local independent business, the product of passionate bee-keepers Nigel and Jo Eddon. Having started off as hobbyists, the husband and wife team ventured into the honey trade nearly 10 years ago after their pastime became full-time. Now, the pair supply Henley and the surrounding Chilterns with traditional, locally made honey. Though the business has grown continuously, it has been stung by misfortune in recent times.

“We lost one colony in 2017, which was bad enough,” recalled Nigel, “but just before Christmas we had a break in at the extraction unit which was about £4,000 worth of kit stolen. There was also smashed glass over jars, which then we can’t use. So that was a pallet full of jars gone, and other bits and pieces. So we’re not having a good year so far.” The loss and damage caused by last year’s break in was covered by the business’ insurance policy, but they are reluctant to make another claim for the three stolen colonies. Nigel explained, “Insurance would cover it but I don’t want to make another claim because it will just add to the burden on my excesses. So it’s three colonies, but it’s best not to make another claim in such quick succession. It doesn’t seem right.” The police have also been notified of the crime.

Honey bee hive theft is a growing problem; last year, a Banbury bee farmer had 30 colonies stolen in one hit. The money to be made from one hive, either from honey production or nucleus colonies, is an undeniable attraction for thieves. For example, each Honeys of Henley hive will produce 30 to 240 pounds of honey, which can fetch a wholesale price of £3.50 per pound and more for retail. Furthermore, each hive can be broken down into 4 or 5 ‘nuc’ colonies, which also sell for a substantial sum.

In an attempt to deter thieves, Nigel and Jo have moved the hives from the vulnerable roadside location to a new, enclosed site. They are also putting up cameras on all their various sites, and considering installing trackers. The knock-on effect of the robbery will be felt on the farm they were on, as it was the bees’ who helped to pollinate the plants.

Despite the unfortunate recent events, the lost hives shouldn’t have too much of an impact on Henley honey production. “I can replace the hives pretty easily throughout the year,” said Nigel, on a more positive note. “We’ve got about 150 hives at the moment. Mid-way through the year we have 200+, and we’ll condense them down into about 120, 150 into next year. To keep it round about 150 is a good number for us, because it gets too much otherwise.”

The Henley Herald website provides an up-to-date and unbiased digital news service for
Henley-on-Thames
HAHG Lecture: Goring and Streatley Through the Ages