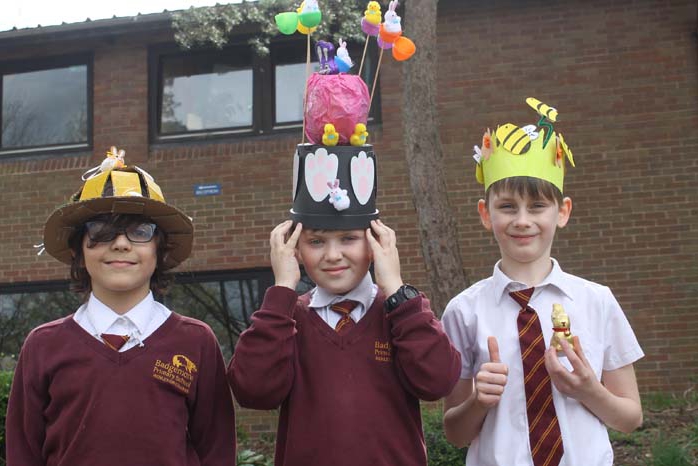 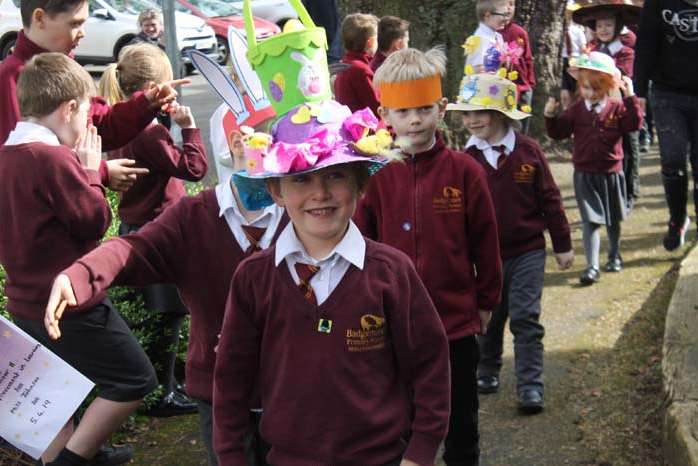 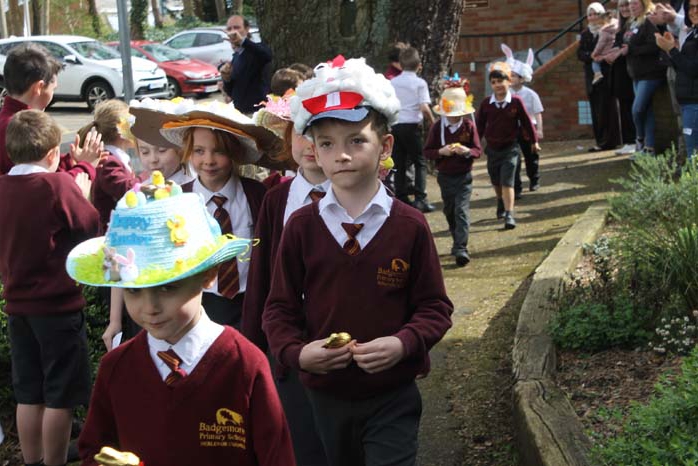 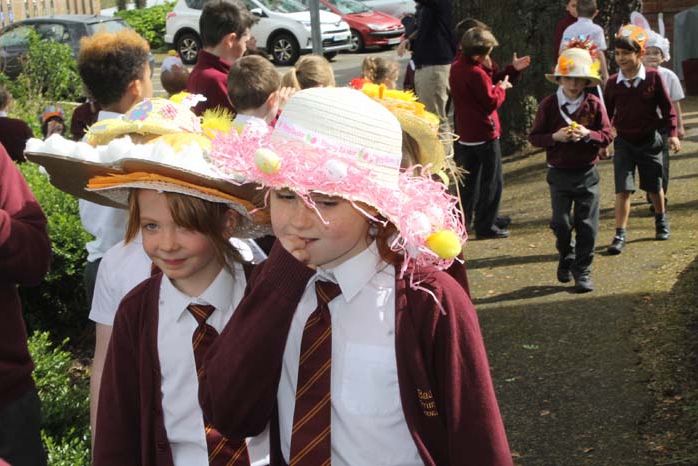 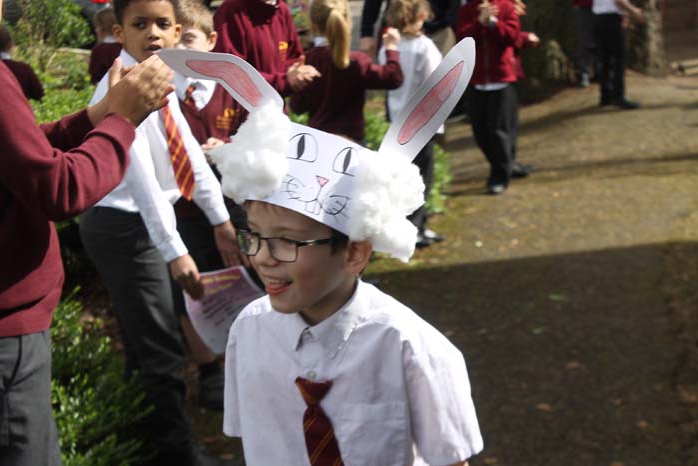 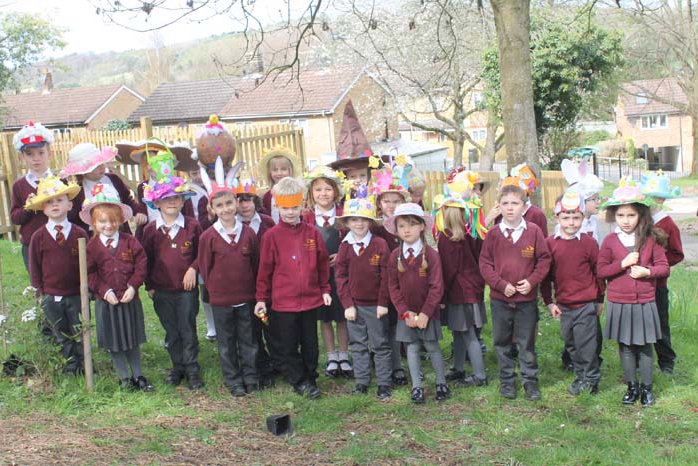 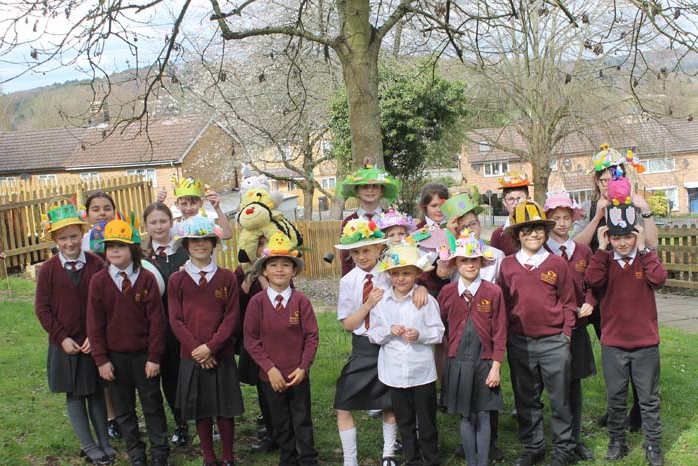 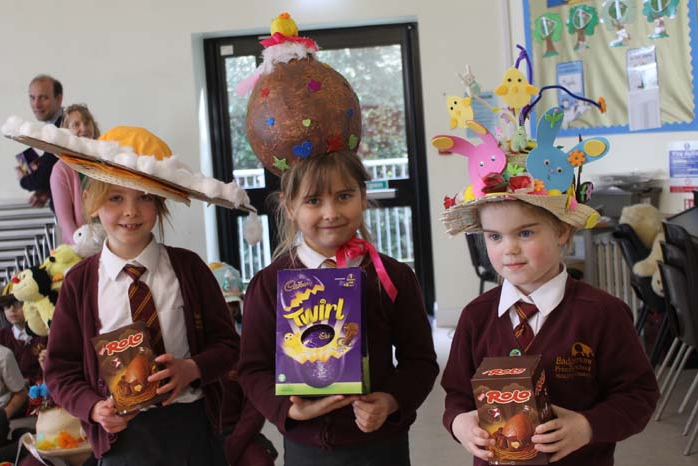 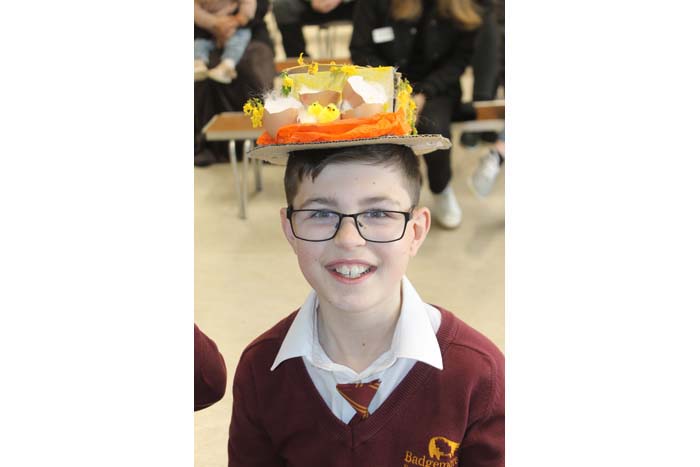 The children at Badgemore School were very egg-cited on Friday afternoon as it was the last day of school before they broke up for the Easter holidays and many of the children had made Easter bonnets for the annual competition.

There were many superb creative ideas which saw hats decorated with chicks, bunnies, lambs, flowers, bees and feathers plus others which were made up of soft toys all balanced on top of each other, rabbit heads and a large fried egg!  After a parade outside in front of parents, our Editor, Michaela Clarke had the honour and the difficult job of choosing the winners.  In Key Stage 1, the winner was Isla with her enormous chocolate egg which was made from paper mache, second was Jemima and third was Zara with her fried egg.  In Key Stage 2, the winner was Jamie with this flower pot hat, Oliver with his bee inspired hat was second and Hugo was third with a hat he made from scratch decorated with bunnies and chicks.  Prizes were given by Friends of Badgemore which included a chocolate lolly for every pupil who entered and Easter eggs for the winners and runners-up.

Jamie said “I chose the flower pot because it was a different structure to other hats and reusable. I was quite surprised when I found out I won and am very pleased.”

Headteacher Ms Arnold said, “The Easter Bonnet competition did not fail to life up to the very high standard of creativity we have come to expect at this spectacular event. I think parents and children enjoy the challenge of coming up with amazing ideas from using flower pots for the hat base or creating a fried egg hat.” 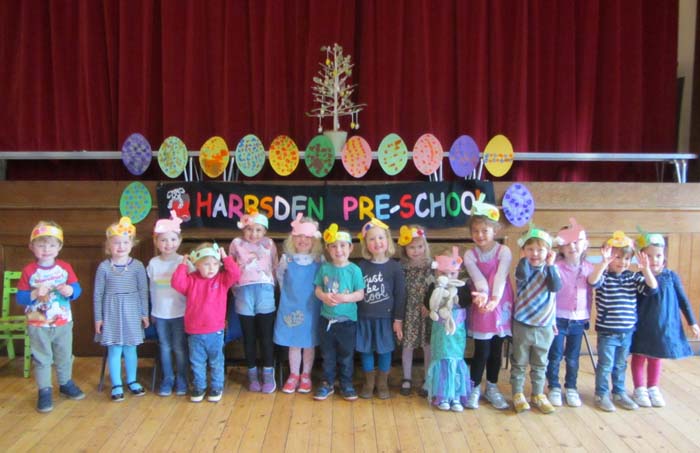