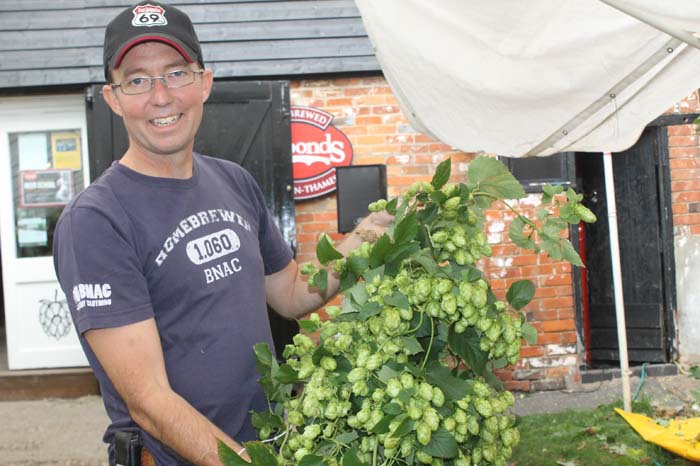 A planning appeal consultation has opened this week for the planning application to develop Lovibonds in Greys Road car park into 7 luxury 1 bedroom flats which was refused by South Oxfordshire District Council (SODC) in June 2018.

The appeal was lodged by the landlord David Fitz-John on 26 October 2018 within the allowable 6 months period.  Why has it taken 5 months to start this appeal consultation?

The original application was submitted in September 2017 and amended plans were submitted in February 2018.  Henley Town Council also recommended refusal and over 174 residents objected to the application after a Save Lovibonds campaign was started by Henley Mayor, Councillor Glen Lambert.

In November 2017, the SODC Economic Development Officer  reported some inaccuracies in their report “the applicant (the Landlord David Fitz-John) has advised that the brewery have secured alternative premises for the brewery on the outskirts of Henley and that production and their core business activities will not be disrupted by these proposals or result in loss of employment. It is the decision of the business whether to continue to deliver the tasting school and events at the new premises.”

The Mayor responded by saying “Lovibonds has relocated its brewing and bottling facility over the last year but the implication that the tasting room can relocate to these premises and retain its employees is completely false! The lease Lovibonds has on their brew facility specifically forbids retail activity. It is an industrial unit, which I have visited, that is completely unsuitable for members of the public and is behind security gates that are kept locked. The threat posed by the planning application to Lovibonds as a small business, its tasting room staff and the historic community venue in the heart of Henley has not changed and we still need planning permission refused.”

The reason given in June 2018 for the refusal was “The proposed development would result in the loss of an essential community facility in the form of a premises that provides a venue for regular events benefiting both the local community and tourists. The application does not provide any mechanisms to secure alternative accessible premises in Henley Town Centre for these events. As such the proposal would detract from the convenience of everyday life within the settlement and would be contrary to Policy CF1 of the South Oxfordshire Local Plan 2011 and criterion vi of Policy CSHEN1 of the South Oxfordshire Core Strategy and he Advice Contained within Paragraphs 28 and 70 of the NPPF.”

The landlord also owns the Wine Rack shop and flats above this.  These are currently being redeveloped into  2 x 2 bedroom flats and 2 x 1 bedroom flats which was given planning permission in March 2016.

This week owner of Lovibonds, Jeff Rosenmeier said, “I have only briefly read through my landlords appeal against the planning refusal to turn Lovibonds into 7 single bedroom dwellings.  The appeal seems to be ill informed as to the usage of Lovibonds since 2007 and states that there are plenty of equivalent ‘community facilities’ in Henley, therefore Henley can afford to lose this one.  We disagree with this argument. There is no other venue in Henley that hosts free live music with a full band and over 125 people in attendance. None of the other venues listed could, or have ever, hosted a charity event like our PIP Mountain Bike Challenge which has raised over £230,000 to date.  We will be formulating our response shortly and would like to thank everyone for their support thus far.”

Please get behind this community business and facility and comment on the appeal at https://acp.planninginspectorate.gov.uk/ Appeal Ref 3214914