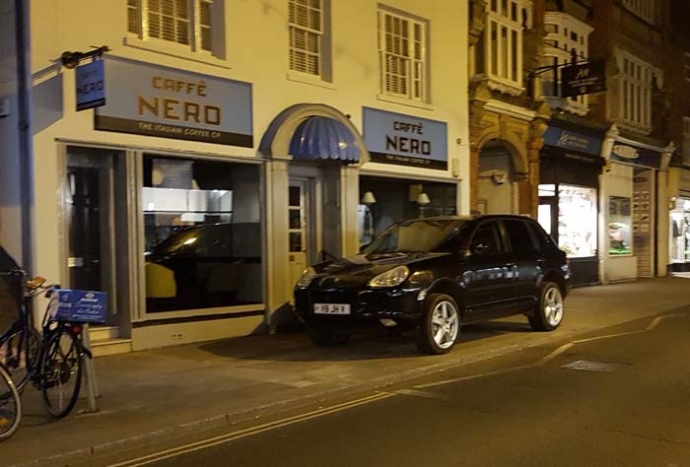 Illegal parking is now getting completely out of hand in Henley with drivers parking their cars on double yellow lines, on pavements, in loading bays, blocking driveways and access to roads for public transport and emergency services.

Many residents are calling for action to tackle this problem including Philippa Ratcliffe who lives on New Street who posted the photo above with many others of cars parked on double yellow lines on Facebook this week.  She said, “I’m getting rather tired and weary of this.  There seems to be an attitude of ‘I can park anywhere I like and get away with it’. Is there anyone patrolling outside of 9-5 Mon-Fri and indeed during those periods too? Weekends seemed to be a free for all, double yellows, loading bays or completely on pavements!  If the police just came along once a month and ticketed the cars it would make people think twice about parking illegally.”

We took the photo below of a car parked on the pavement on the Fairmile.  Someone had added a polite notice asking “Please could you leave enough space for my wheelchair. I couldn’t get through.” 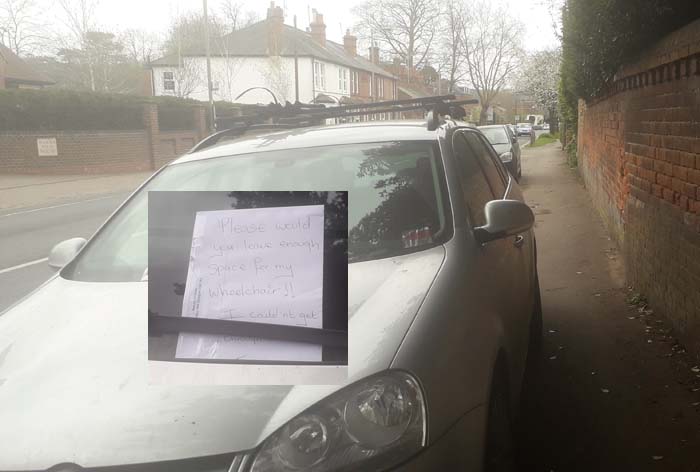 Civil Parking Enforcement (CPE) has been adopted by most County Councils in the UK to transfer the powers from the police to local authorities for enforcing parking contraventions in public car parks or on pubic roads e.g. illegal parking on double yellow lines. However Oxfordshire and the District Councils of South Oxfordshire, Vale of White Horse and Cherwell District Council still do not have these powers. In 2014, the former Henley Town Council Town Clerk Mike Kennedy, presented an email he had written to David Buckley, CEO of Oxfordshire, which detailed his frustration on the delay in adopting these powers. In his email he asked for clarification on a statement David made at the Opposition Forum on 13 August 2014 when he said that if CPE were introduced “Henley would definitely lose its car park income.” Mike questioned this and said that other Counties such as Shropshire had excluded town council car parks in their bids as they were effectively privately owned. Mike went on to say, “Please let us stop prevaricating and deflecting the reason for non-progression back to the town councils when we all know the real reason lies elsewhere. We want to see the introduction of CPE NOW.”

Councillor Kellie Hinton replied on Facebook saying, “The town council would take control of parking in the town and have previously tried to (we only control our own car parks e.g. Mill Meadows) the two main car parks in town are run by SODC and residents parking is OCC but the two wardens work out of the town hall. With parking on double yellows/pavements, it is currently a police issue because it is a criminal offence. Powers can’t be delegated to a town council, only the district and SODC would not take it on unless the four main towns in the district unanimously agreed.”  Only 3/4 agreed in 2014.

We sent a number of photos to Thames Valley Police for a response.  Inspector Emma Tompkins for Henley replied, “Managing any illegally or irresponsibly parked cars have to be considered alongside our other local area priorities, however, our community should be aware that parking vehicles in a location that is unsafe or causing a significant obstruction to the highway will be dealt with robustly by our local officers when seen.”

Councillor Will Hamilton responded to the problems on Facebook by saying, “There needs to be a balanced approach to one hour, residents and visitors parking. A leaflet will be coming through your door shortly, which contains information about a Parking Summit, a total review of all parking spaces in Henley.” 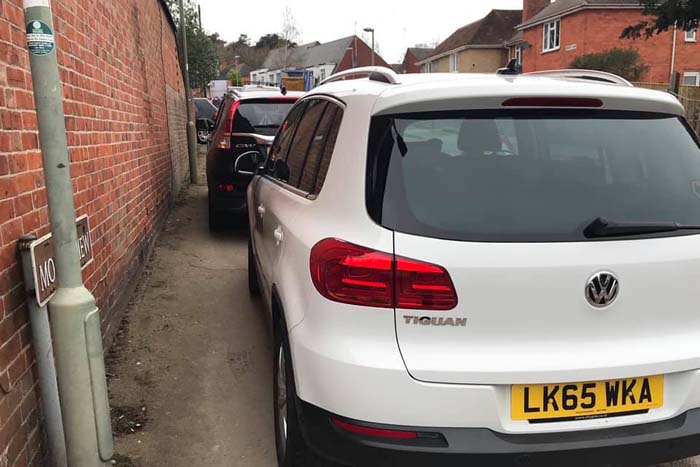