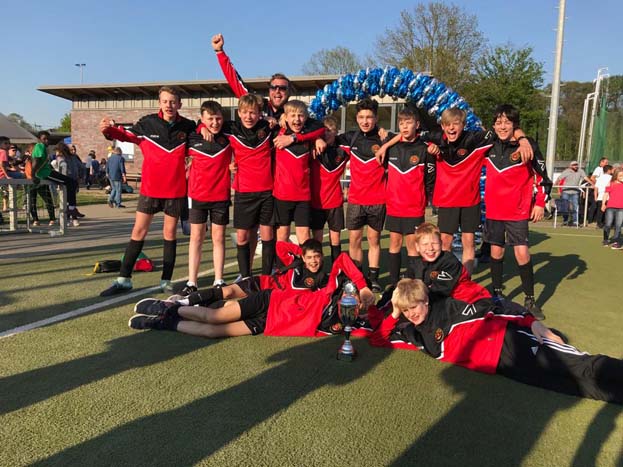 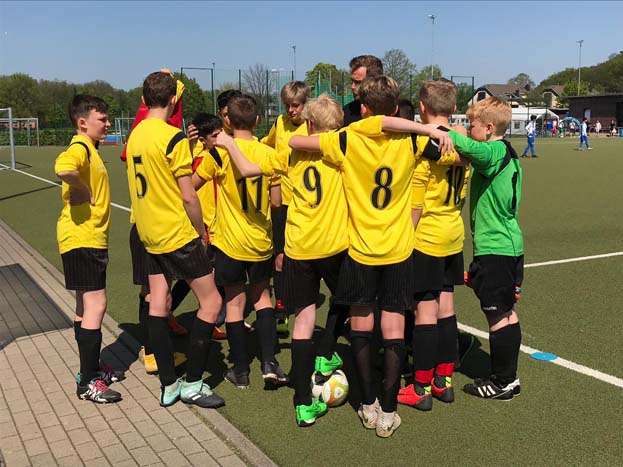 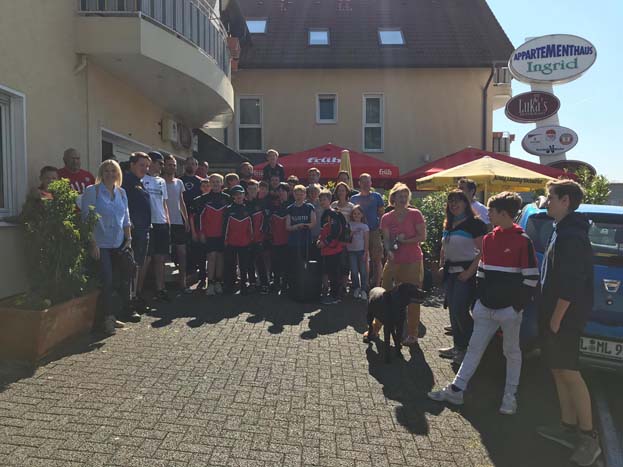 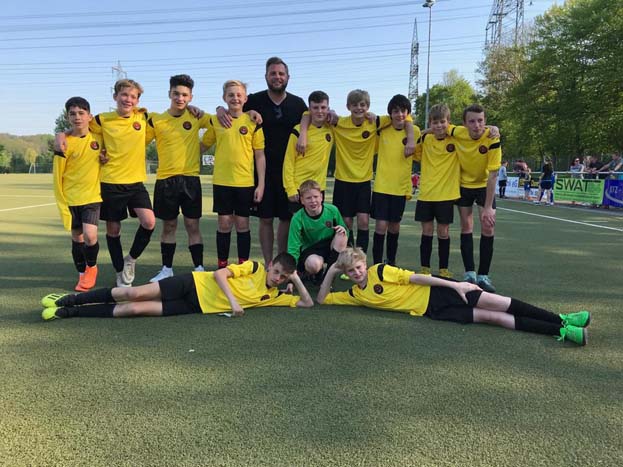 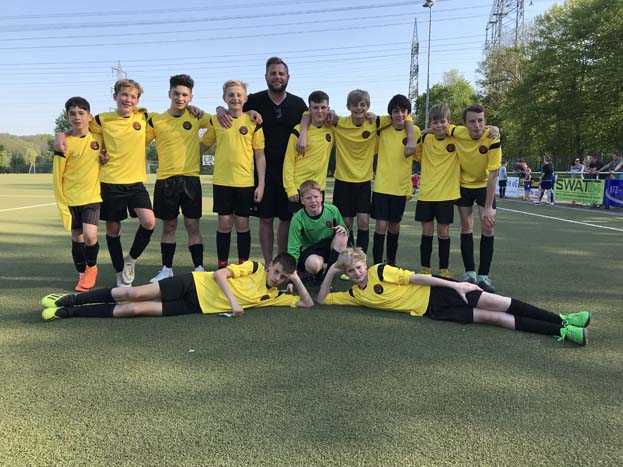 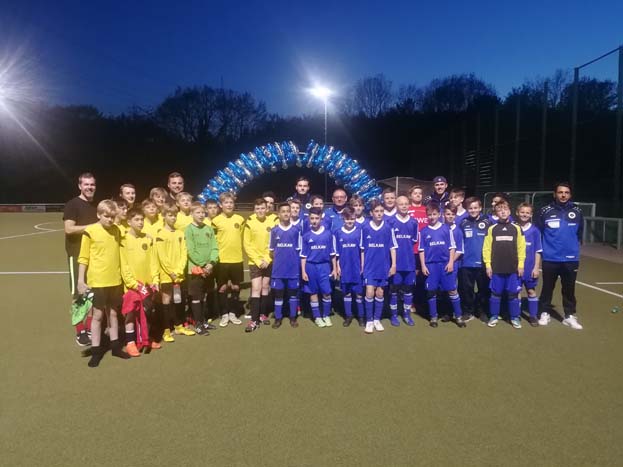 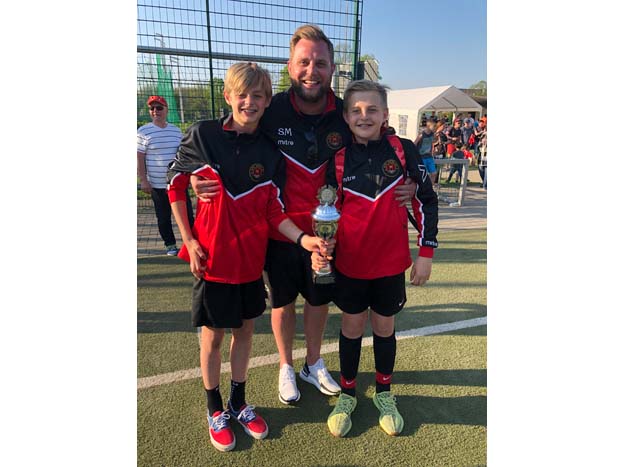 Over the Easter weekend, following a tradition dating back to 1983 under the auspices of the Henley-Leichlingen Twinning Association, an AFC Henley U13 squad, plus coaches and a few parents, travelled to our German twin town Leichlingen as guests of local football club, SC Leichlingen.

On Good Friday, following a barbecue reception on the Thursday night at the Balker Aue sports ground, the English visitors headed out to Cologne accompanied by players and parents from SC Leichlingen. The trip included a visit to the home of FC Cologne, the RheinEnergieSTADION.

A key part of the annual exchange visit to Leichlingen is the Goossens Cup match, traditionally played on the Friday evening before the Saturday Easter Tournament.  For this, the senior players from SC Leichlingen’s D-Group (usually mixed U12/U13) were up against AFC Henley’s U13s on the home club’s 11v11 3G pitch.  AFC Henley’s U13s were keen to redress the balance, having lost the Dukes Shield to SC Leichlingen when they visited Henley last October.

Leichlingen dominated the first ten minutes, but after a quick 2:0 lead (1st and 3rd minutes), courtesy of their striker Jihad, Leichlingen players started allowing AFC Henley into the game. Their fast, short-passing game gave way to frequent losses of the ball in one-on-one encounters. However, Leichlingen’s Jihad still managed to sneak his hat-trick in the 19th minute, which was the trigger for AFC Henley to go on the offensive and peg the opposition back. Their efforts were duly rewarded with goals in the 23rd and 25th minutes by Mateus Regueiro-Rial and Danny McAllister.

The second half was a stubborn encounter between two equal sides. Henley enjoyed a little more of the game in the process but Leichlingen were more incisive in attack, though unable to trouble Henley’s goal. Finally, after picking up a long kick from Henley’s goalkeeper, Danny McAllister broke through to equalise in the 58th minute.  This immediately upped the tempo, with Henley earning their fair share of chances. But it was again Leichlingen’s Jihad who, in the 61st minute, snatched the decider. The hosts held on until the final whistle without conceding another goal.

On Easter Saturday, the AFC Henley team took part in SC Leichlingen’s Annual 9v9 Easter Tournament involving a total of 12 teams, most from the area around Leichlingen, including Bayer-Leverkusen’s girls’ academy team.  Despite losing their first 20-minute game to SC Leichlingen’s third team, AFC Henley went on without further loss to top their group and qualify for the semi-final, which they sadly lost on penalties.  Disappointing though this was, the football they played throughout was of the highest quality and certainly not out of place in the context of the slick possession football that we have come to expect from the German game. AFC Henley: Jackson Meredith, Roman Meredith, Noah Allen, Callum Gordon, Danny McAllister, Joe Cooper, Alex Miles-Kingston, Matias Regueiro-Rial, Eddie Pratt, Will Simpson, Harry Graham, Charlie Graham, Ben Proudfoot

AFC Henley Chairman, Trevor Howell, who accompanied the visitors, says: “I was very proud, not only of the way our boys played but of the way they comported themselves throughout the weekend. They were a credit to AFC Henley and to their two coaches Spencer Meredith and Tim Allen.  My thanks also go to Jade Meredith, who coordinated the entire trip, making it possible for players and parents alike to have a memorable experience.”