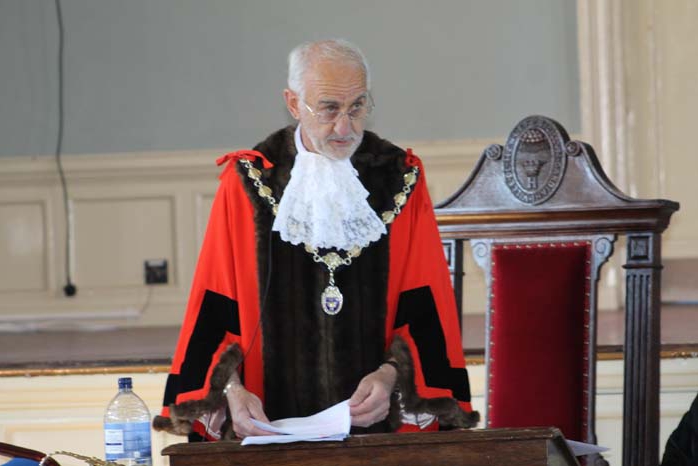 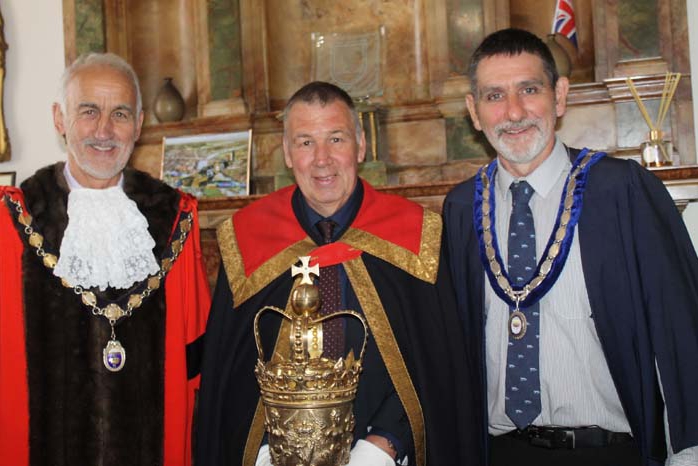 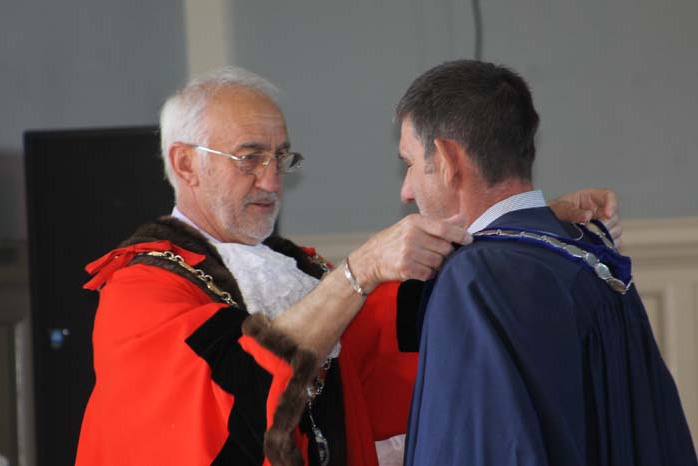 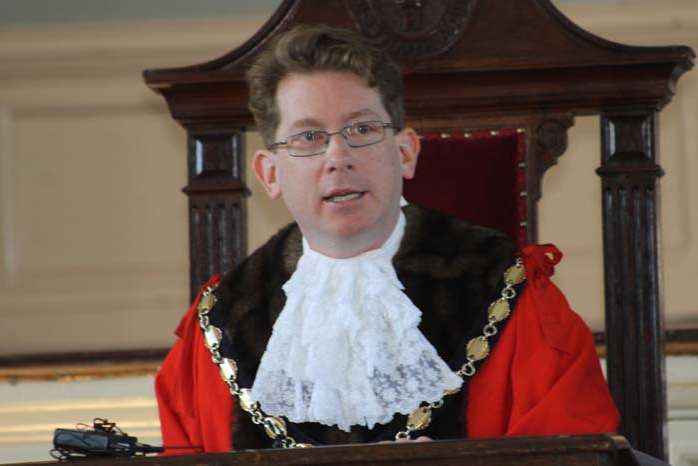 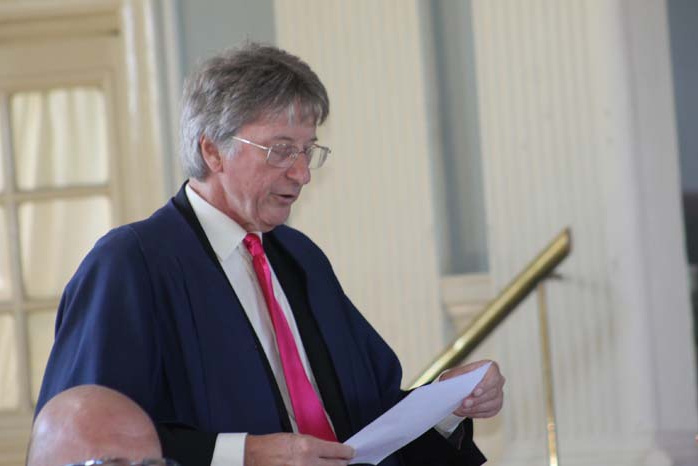 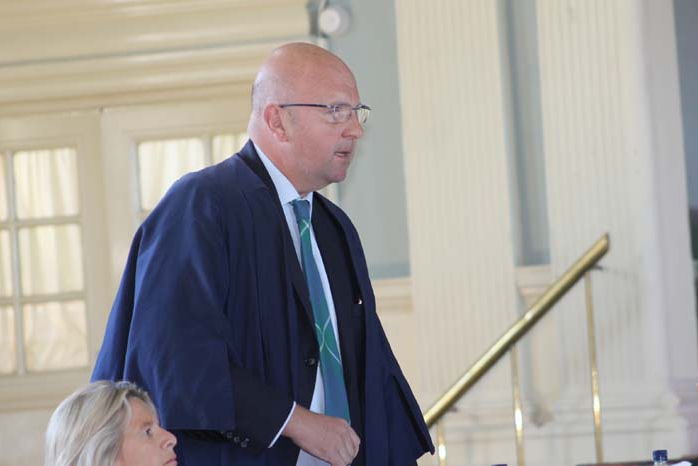 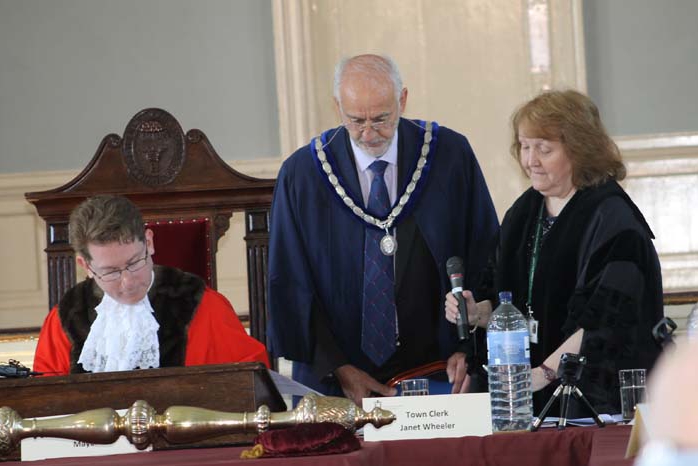 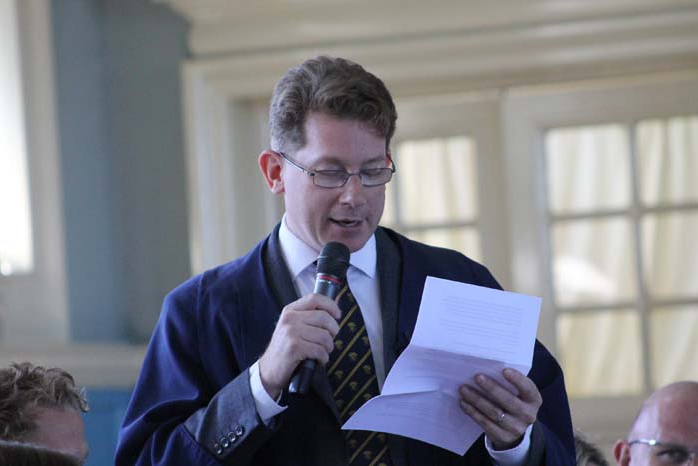 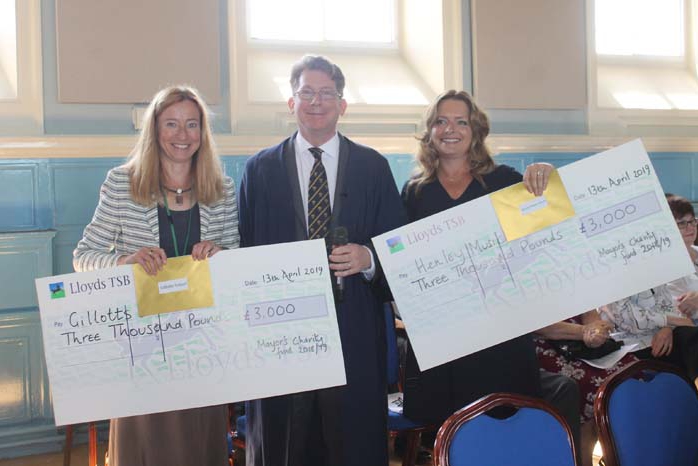 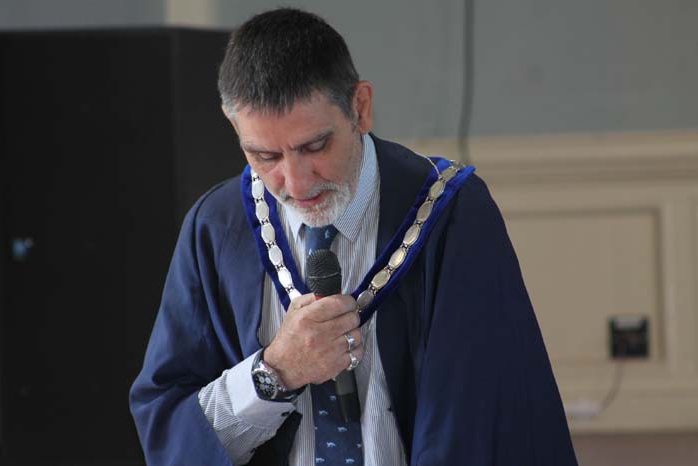 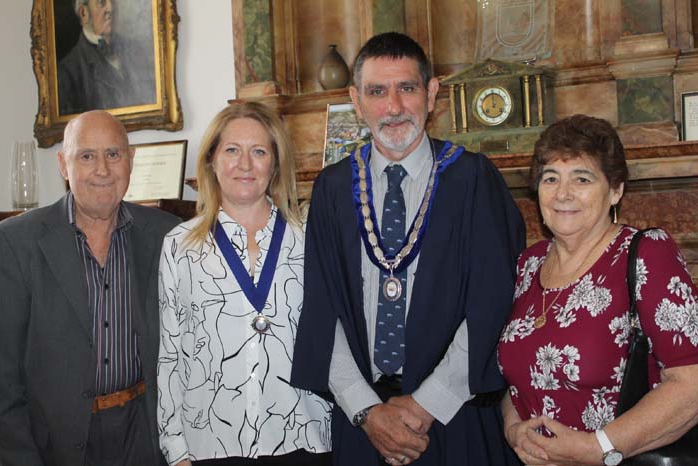 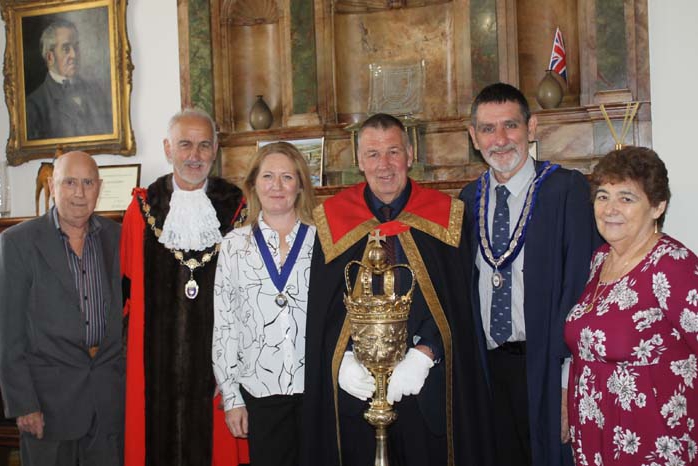 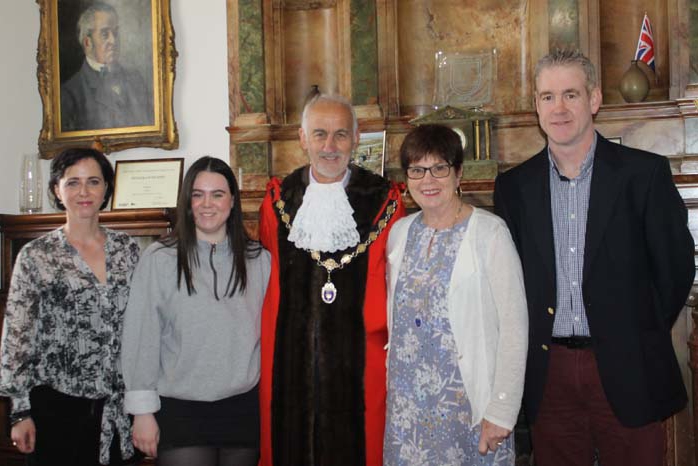 Councillor Ken Arlett has been voted in as Henley Mayor this morning (Monday) at the Mayor Making at Henley Town Hall.

He will be assisted by Councillor David Eggleton as Deputy Mayor.

Ken who was last Mayor in 1991 when HRG first came to prominence said, “Here I am once again Mayor of Henley-on-Thames.  Thankfully today, in much better circumstances!”

He congratulated all the Town and District Councillors that have been elected and asked the newly elected ones to stand up – Councillors Paula Isaac, Michelle Thomas, John Hooper and Ian Clark.  Unfortunately Councillor Rob Romans wasn’t able to attend.

Ken continued, “Firstly I’d like to thank my wife Dorothy, who is really looking forward to her year as Mayoress, if it was not for her persuasion, I would not have taken on this position!  I may have got that slightly wrong!”  He went on to thank former Mayor, Councillor Glen Lambert and his wife Anna, Leena Wisely, the Mayor’s secretary and to all the Councillors who voted for me today.  He added, “Hopefully over the next 4 years we can work together to make Henley an even better place to live work and play.”  Ken also thanked the Henley Herald for supporting the Town Council with their coverage and John Howell MP for supporting the local schools funding campaign.  Finally he thanked everyone for attending today, especially those that represent many of the organisations in the town that do such a brilliant job, our unsung heroes, that just keep their heads below the radar.”

Due to the short time between the election and Ken accepting the Mayor position he is yet to decide on a local charity to support in his mayoral year and he hopes to also appoint his cadet very soon.  Both of these things will be announced at the Full Council meeting on 1 June.

Ken then spoke about the Town Council’s aspirations which would tackle parking, environmental and air quality issues, build a new sports facility at Jubilee Park for AFC Henley and Henley Hockey Club, social housing priority in the review of the Neighbourhood Plan and working more closely with the business community.

Plans for parking include more parking in the centre of town, ‘decriminalisation’ of on-street parking from South Oxfordshire District Council to Henley Town Council for them to take control and to tackle the illegal on street parking.  Ken said “Residents already pay a large amount of money to the police on top of their council tax; I propose to meet with the new Police Inspector to discuss this issue.”

David said, “It’s an honour to be Deputy Mayor.  I will carry on doing what I’ve been doing over the next four years.”

Councillor Ian Reissman gave a vote of thanks to outgoing Mayor, Councillor Glen Lambert.  He said, “Glen has carried out his responsibilities with great diligence and care. Glen is a careful and thoughtful person. He is also very fair and reasonable and has won respect from all parts of the community and this council for his even handed approach.”

Glen said, “I wanted to attend as many meetings and events as practically possible, to learn as much as possible about our Town and meet as many local people as I could. I wanted to use my privileged position, to help and support individuals and organisations alike. I also wanted to restore the Bluebells Day Centre that had recently closed. Fittingly, my final engagement as the Mayor of Henley-on-Thames, was to attend the official opening of Bluebells Day Centre last Thursday. The perfect end to the busiest year of my life.”

“People have asked me what has been the high point of my year and that’s actually a very difficult question to answer. There have been too many moments and I was never one to blow my own trumpet so I think I will simply say that I have learned that helping an individual can be just as rewarding as a completing a large project.

“My time as Mayor, of this most wonderful Town, has been one of the best years of my life, literally life-changing. Anna, and I have been honoured to serve as Mayor and Mayoress and cannot thank you all enough for the opportunity and the support offered.”