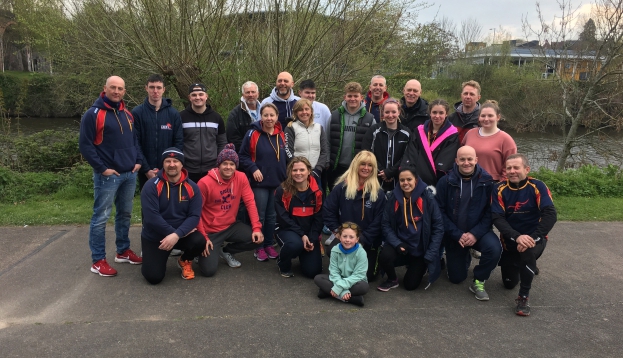 Henley Dragons kicked off their season by visiting Worcester on the 14th April, a racing venue situated on the river Severn. Three lane 200m sprints and one 1.8km race were the distances on offer, with the longer distance race offering a tight turn mid way through. With a strong crew, Henley Dragons were able to field crews in the open, ladies and junior categories. Bursting with enthusiasm for the new season, Henley gathered their racing strategies and psyched themselves up for a good day’s racing.

Henley kicked of their first race against Powerhouse and Raging Dragons. Overrunning with excitement & emotions…Henley were pipped to the post by Raging Dragons. This second place forced Henley into the reps to try and fight it out into the semis and then the finals. Henley found themselves racing against Bristol and Pershore in the next round…two clubs with which Henley have formed close partnerships. The adrenaline still surging through their veins caused the rate to pick up and not settle during the race after the start, which didn’t suit Henley’s strong paddlers, so Bristol surged ahead coming home first. Learning fast, Henley knew the nerves were soaring, so made sure in subsequent races, they played to their strengths, keeping a longer slower rate so their paddlers could get their full power into each and every stroke.

Henley, after food and settled nerves, motored on to secure a place in the minor final against Typhoon and Notts Anaconda. Having learnt their lesson from the morning’s races, Henley kept ‘long and strong’ and cruised home first against their rivals. During lunch, the Henley ladies teamed up with the Bristol ladies to form a combined crew called Victorious Secrets. Facing similarly structured teams, VS confidently paddled to the start, blending together as they focused on the task ahead. Alice Burnish, a youth member and new-comer to race helming directed the crew beautifully as she lined the boat up at the start and held VS there awaiting the starter’s calls. The boat felt strong with the paddlers ‘locked in’ to each stroke. VS stomped through the rounds, successfully walking away with the winning trophy. Meanwhile the juniors were up too, Burner Dragons, against Thunder Dragons. Burner Dragons stole the show and pulled away from the rivals coming first in their category.

The finale race was the long distance 1.8km pursuit. Based on timings from the 200m sprints, the crews were lined up. Every 25 seconds a crew was released upstream to ‘hunt down’ the crews ahead of them. Mid race, all crews would face the tight turn before heading with the flow back to the finish. Henley started 3rd behind Powerhouse and ahead of Cambridgeshire Royals. The turn challenged even the best helms, undertaking the turn without losing too much momentum and without crashing into the steep river wall. Typhoon and Cambridgeshire Royals had an altercation with the river wall…recomposing themselves and then paddling on to the finish. After powering back and overtaking Powerhouse in the last 300metres, Henley’s time put them in fourth place out of 22 crews. A successful day was had, as that left Henley 5th overall.