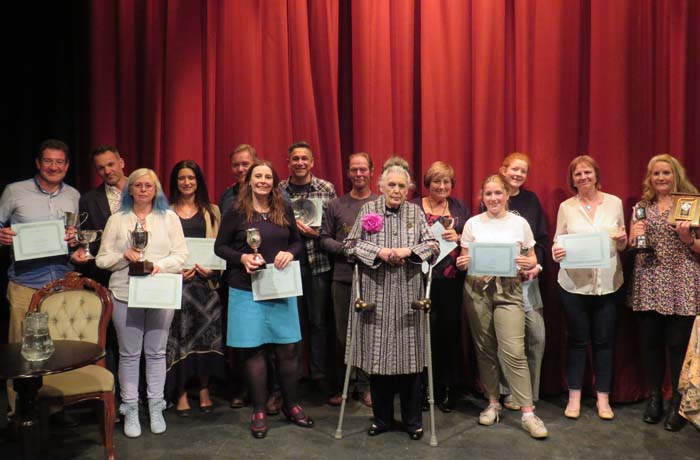 The culmination of five nights of great drama for the 48th annual Henley Drama Festival ended with a prize giving ceremony at the Kenton Theatre on Saturday night.

Eleven performances from different local amateur dramatic groups and schools, saw Wychowood Players take the top award with their performance of Another Fine Mess.  Stageworks from Henley took the Best Youth Award for Lovers, a moving portrayal of young love caught up in tragic circumstances along with the award for Best Supporting Cast. Barry Rosier from HAODs picked up the trophy for his brilliant performance as Baldrick in Bells from Blackadder.

Barry said afterwards, “It was great fun playing the role of Baldrick, and hopefully put my own ‘flavour’ into the character. I was totally blown away when I was nominated, but even more so when I had won the award. A great privilege and fun to do.”

Each performance was judged by Louise Manders, a professional adjudicator from the Guild of Drama Adjudicators.  Afterwards, Louise said, “I had a wonderful time at the Henley Drama Festival.  The standard and selection of the plays was so good.  You must all be so pleased with the festival week and the happy atmosphere which reigned.I would love to return to your festival and share in its success – it is so good to be a part of it.”

Winners of the other awards were as follows: