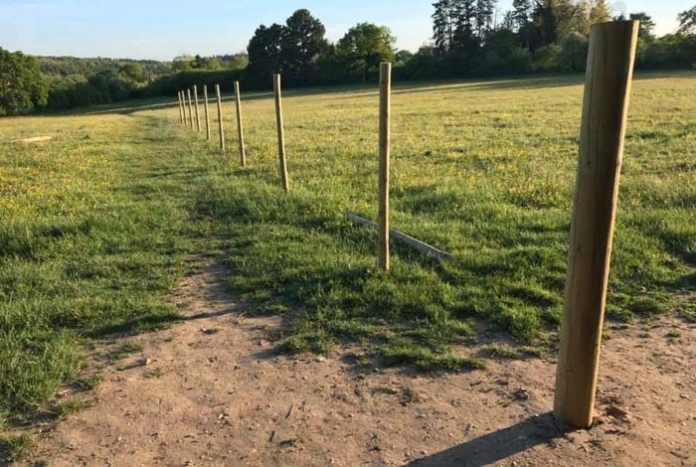 The official footpath is being fenced off by the landowner of the field below Gillotts Field who live in Harpsden Hill House which has recently been put on the market to sell.  This field has been used by many walkers over many years.

Harpsden Hill House has 22 acres of land including the field is on the market for £2,975,000 with Simmons & Sons estate agents.  The notice below has been put up on the fencing to inform walkers. 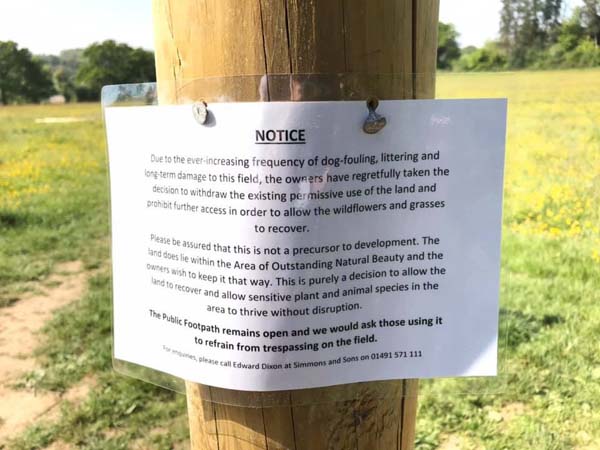 Edward Dixon from Simmons & Sons said, “Our clients have given permitted access to the field for over 40 years but over the years they have put up signs to remind people that is private land and is registered to them.  Because of the abuse by walkers, which has seen in recent years, areas of the field worn down to earth it has got to the point that they needed to do something.  They are in discussion with Natural England on how to re-energise and regenerate the field which could see planting of wildflowers or grazing on it for sheep.  Apologies to all those people who are inconvenienced, but it is a wider problem that needs to be sorted out.”

Sarah Laing who regularly walks her dog on this field said, “Myself and fellow dog walkers are very upset to see new fences being erected in the field  below Gillotts field. Seemingly the whole field is being shut off apart from the public footpath going diagonally across the field. This action seems completely unnecessary and insulting to the majority of users of this beautiful long-used gem. The reasons given on the notice are, quite frankly, lame. Walkers use the path around the field or the public footpath through the middle. I have never seen anyone ‘off path’ damaging the wildlife as is claimed. I would also question the truth in the ‘not for development’ claim (is this a case of watch this space?). I understand that the field is privately owned, but is this really necessary- what happened to community spirit – and why now after all these years?”

Kate Ashbrook, General Secretary of the Open Spaces Society said, “My understanding is that there is a recorded public footpath across the field which the owners are fencing off. Provided they do not obstruct it or reduce the official width (which may not be recorded on the definitive map) that is not an offence. I do not understand there to be any other recorded rights of way across the field. However, if people have been using another route or routes, without permission, without being stopped, for 20 years, they may be able to claim it as a public footpath. It does look as though the landowners have been granting permissive access for a while so the 20 years would need to be 20 years back from the point at which they granted permissive access.

If local people have been roaming generally across the field, not sticking to particular routes, and using the whole area for recreation, they may be able to claim it as a village green – provided they can prove 20 years use before any permission was granted, and they have not been challenged. As you know, registration as a green gives local people rights of recreation on the land and protects it from development or encroachment.” 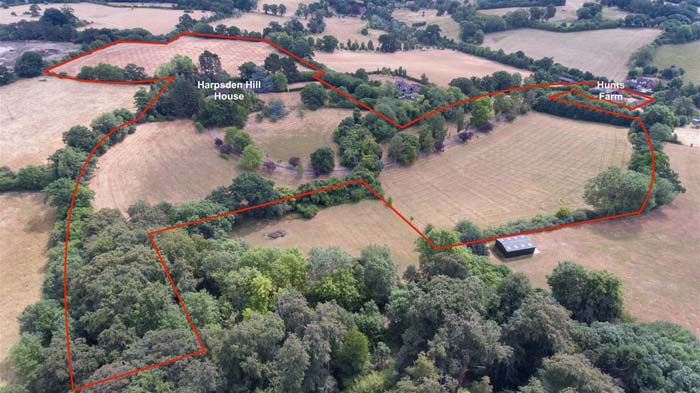