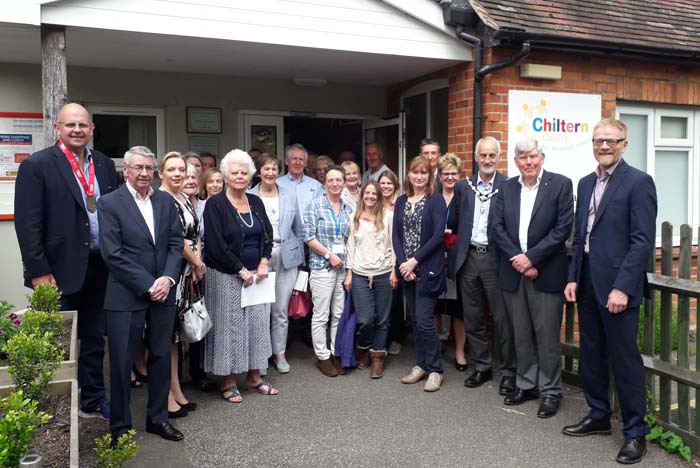 The Chiltern Centre for Disabled Children have received another blow for the charity yesterday when Ofsted served them notice to remove their registration to offer respite care for young children (6-15).  This was announced by Paul Barrett, Chair of Trustees at their 16th Annual General Meeting.

Ofsted inspected the centre in January and in their recently published report in May said, “Ofsted inspectors visited the centre in January and have criticised the centre for its process of “reporting, referring and recording safeguarding concerns.”  Paul said, “We breached a safeguarding requirement by judging it ourselves instead of referring it to an external safeguarding board. Our decision proved correct but Ofsted said we should have followed protocol.”  Keith Manning who was the Manager at the time has since resigned and Deputy Manager, Gareth Groves has taken on the Manager role.  Paul added, “I would like though to pay tribute to Keith.  He was our most successful manager.  He boosted the revenues and always with integrity. It was very unfortunate that he came up against an inspector who was not prepared to make any allowances but simply applied the law.”

In February, Ofsted wrote to the charity and said that they had noticed that the charity were not “wholly or mainly” looking after children.  Paul commented, “The majority of our overnight respite users are indeed young adults (18-25).  The reasons being that children grow up and secondly we are in a period of austerity. Local authorities aren’t giving money to younger folk to come here.  We were always transparent with Ofsted.  We have lost revenue in the first few months of the year as we could not accept referrals and couldn’t apply for grants because we couldn’t tell awarding bodies which age group we were catering for.”

Ofsted have given the Chiltern Centre one month’s notice.  Paul responded to this news by saying, “One month’s notice is appalling after 16 years – it’s a lack of responsibility. We won’t be appealing because the figures are bang to rights but we will be asking for an extension.”

Around 7/8 families will be affected and they have been advised of the decision last night.  The nearest respite care centre is in Oxford or families will have to try and look at getting respite in the home.

The charity will now apply to the Care Quality Commission (CQC) for a registration to offer respite care to young adults (16-25 years) and after having good discussions already with CQC they hope to have the registration in place when the Ofsted registration ceases.

Paul was asked at the AGM if the charity would change the name, he replied “Technically if we get the registration from 16 we will be still catering for children. There is a case for the name to be still valid.  Most of the time we are referred to as The Chiltern Centre. One day in the future however we may be able to have a purpose built facility where we can physically separate the under 18s and over 18s and have a joint CQC and Ofsted in two physical spaces.”

Jane Ainslie, Head of the Fundraising Team who with her team raised a staggering £296,000 for the charity in 2018.  She said, “I’d just like to take this opportunity, on behalf of the fundraising and care teams, to thank and express our appreciation to the Board of Trustees.  We’re very mindful it has been a very unsettling time and I think for staff it has really buoyed us on to know that we have such got strong and committed Board of Trustees and you’re all volunteers who have all put in a lot of time and effort into this.”

Henley Mayor, Councillor Ken Arlett asked whether the charity had considering speaking to our MP.  Paul replied, “I considered it. Ofsted have applied the law and the law is clear, we are in breach of it.  MPs can change laws but it is long process and even if we appeal this it will cost us money and time which I don’t think is warranted.  What it calls for is imagination and what we asked for in our representations was a variation on the registration which would enable for us to continue what we are doing very well. I think that Ofsted would say it is not their job to judge that, it is for them to apply the law.  It is ultimately for people like John Howell to consider whether Ofsted should be given more latitude in this sort of situation.”

Paul concluded by saying “We’ve had a traumatic few months but we’re coming out a bit beaten but unbowed.”  He thanked the local community who he said, “have always shown us great support”, SODC for their grants and to the Patrons and foundations. 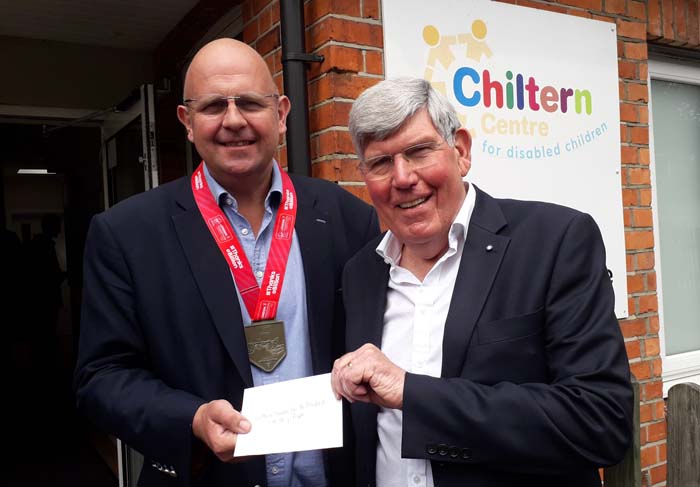 Councillor Will Hamilton then announced that he had raised £5,000 for the charity by running the London Marathon.  He said, “When I visited the centre when I was Deputy Mayor I was amazed by the impressive work that goes on here but also the warmth of the family.  In my time of despair at Mayor Making when I thought I was going to select The Chiltern Centre as my Mayoral charity, I said I would run the London Marathon instead.  Mayor Making was the worst day of my life – running the London Marathon was the best day of my life.  It wasn’t easy taking on the challenge – but I did wear the same shoes as Mo Farrah and I lost 2 stone.   Making the fundraising target £5,000 was also a challenge I wanted to give myself and my friends.  I also had amazing help and support from the staff at The Fitness Centre at Phyllis Court. It was great experience and started off quite well.  It was great when the crowds started shouting ‘where there is a will there is a way!’  The warmth of the people makes the event absolutely brilliant.  At 23 miles it was getting tough but I will always remember this lady’s banner which said, ‘If Theresa May can hang on this long you can make it to the end!’  The medal I will absolutely keep for the rest of my life.”