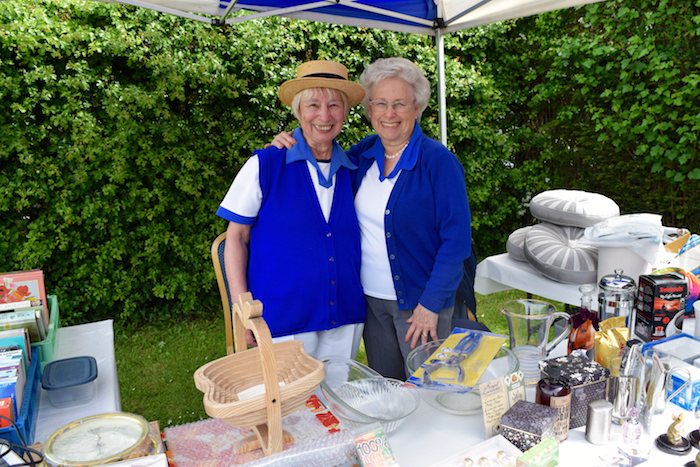 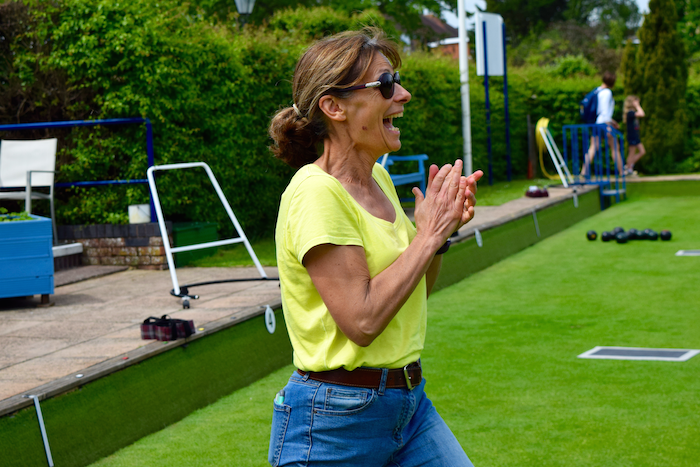 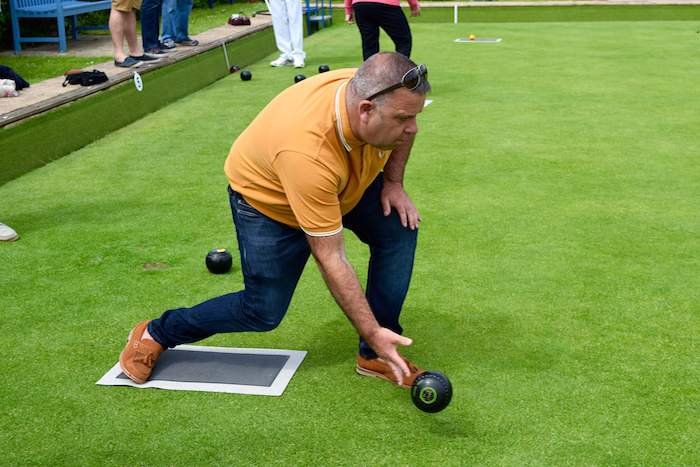 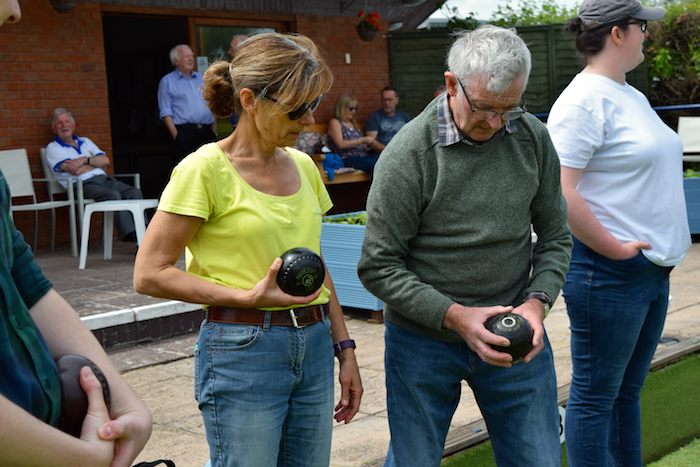 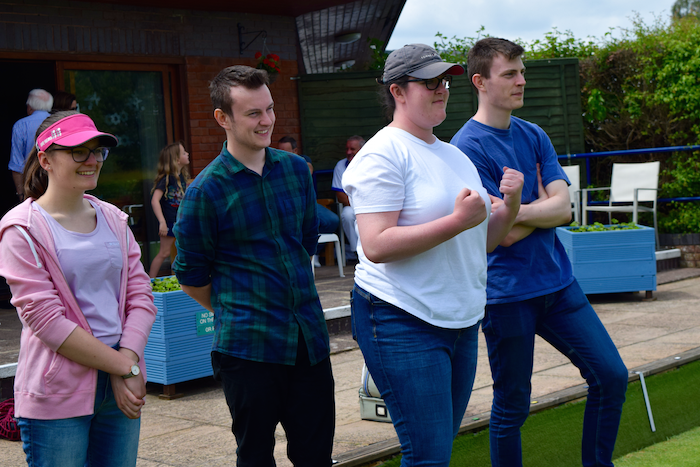 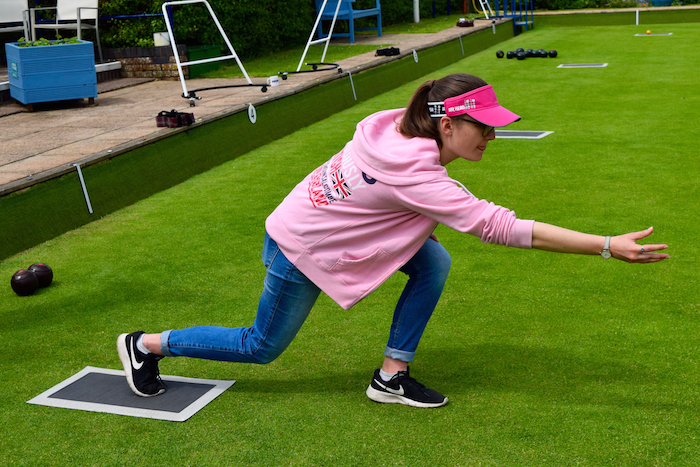 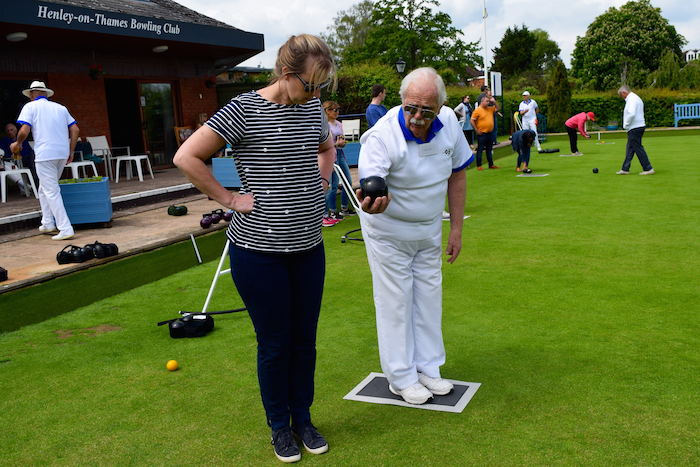 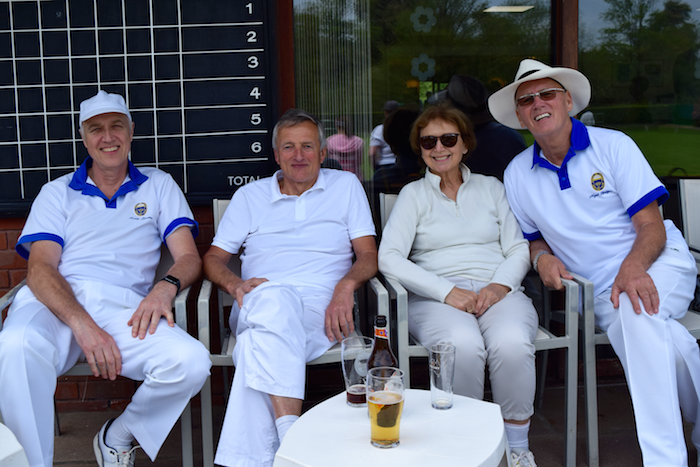 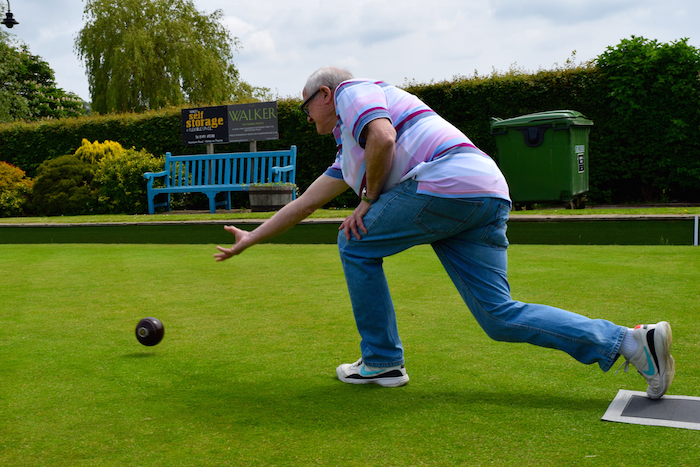 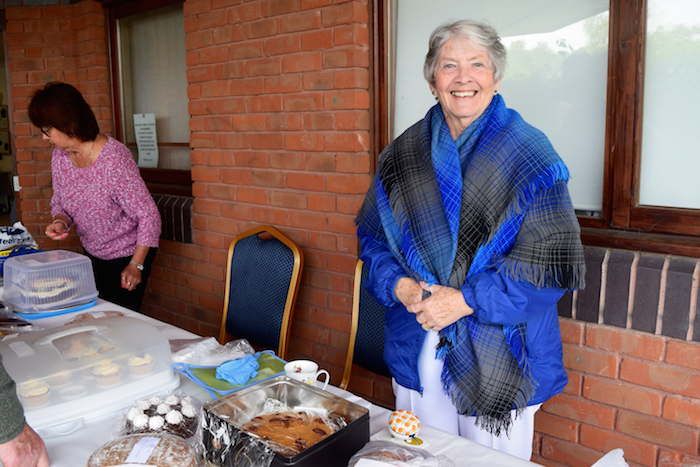 Henley Bowling Club welcomed non-members to try their hand at the sport on last Sunday’s Open Day. Budding new bowlers could test their talent at the Leichlingen Pavilion, in Mill Meadows, guided by the current club members’ expertise. Under brilliant blue skies, visitors of all ages had a ball with the seasoned bowlers as they learnt new skills and made new friends.

Henley Bowling Club, formed in 1928, is home to both casual social bowlers and competitive sportspeople. With friendly matches, internal club competitions, and coaching sessions on Mondays, there is room for the most novice of players, although progression to county and national leagues is also possible. Plenty of those who attended the Open Day had never attempted the sport before; Tammy, from Watlington, said on Sunday, “I’d never done it and I quite enjoy it actually. I’ve only got one arm that works so it’s the ideal sport for me.” As well as taking part in a game or two, the guests could also enjoy tea and cake, or peruse the bric-a-brac stall outside the clubhouse.

The Henley Bowling Club group were delighted to see so many new faces enjoying the widely misrepresented game. Club member Nigel Bridges said, “It’s going marvellously. Lots of people are here and have been participating, and it’s great to see youngsters enjoying the bowling. It’s got a terrible reputation as a senior citizens’ sport but it’s just not true, it’s for anybody really. It’s absolutely wonderful to see everybody here today.” Fellow club member Andy Scott added, “It’s not an expensive pastime. Membership is less than £100 a year, and it lasts the whole year, and for the social members it’s even cheaper! I think we’re doing well as a club. It’s a social thing. It’s not just the taking part on the green – after most matches we have a tea, we have a lovely bar, and we’re all nice people.”

The Henley Bowling Club prides themselves on their inclusivity and their team spirit, earnestly describing the group as a family. Nigel Bridges said on Sunday, “The whole club really pull together. It’s one big happy family. They work together so well, and they look after each other. If you’re sick, people make sure you’re alright. It’s silly stuff like that but it makes a great warm feeling club.” Nigel’s words were echoed by club Chairwoman, Sally Daniells. “We’re like a big family,” she repeated. “It’s a community; friendship is top of the list.”

Sally also encouraged people to consider the physical aspects of bowling as well as its social benefits. “It’s a health and fitness sport,” she stated. “We can take people from 16 to 90. In fact, only until recently we’ve had two people playing at 90. It does keep you fit. It’s not a sedentary type of sport at all because you’ve got to be able to bend, so you’ve got to have good joints and bones, and it helps to keep the bones moving and strong. We’re now in contact with Women’s Institute as whole, they contacted us as actually because they’re looking to use us or bowling greens in general as a health and fitness part of their curriculum. So hopefully sometime this year that will happen. It is all about being out in the fresh air and using it for fitness.”

The Henley Bowling Club are keen to invite more people into the family, and welcome players of all ages and abilities. Coaching sessions are available on Monday evenings, or as required, to make sure that everyone has the opportunity to join in. With its low barrier to entry and its terrific community, bowling with Henley might just be the perfect activity to fill your summer evenings! If you would like to get involved, email henleyonthamesbowlingclub@gmail.com or call 01491 579271.